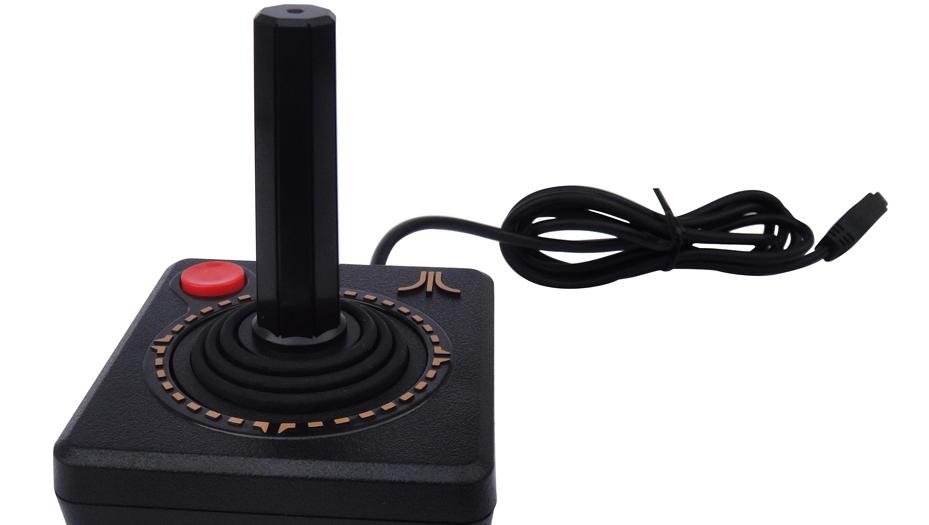 Computer games are improving by the day, with some looking so realistic you’d be forgiven for mistaking them for live-action movies, but that doesn’t mean that some of our favourite classics are no longer worth playing. Here, we’ve collected 18 of the best old games for PC and consoles that we’d recommend playing again (or simply playing if you didn’t get to play them the first time round).

If you fancy something more modern, check out our round-up of the best upcoming games you should be excited about.

LucasArts classic The Secret of Monkey Island is apparently the only game Macworld editor Karen Haslam has ever played all the way through, which we think says something about how great it is. Dating back to 1990, it’s another franchise that’s still going strong, with new releases and special editions occasionally arriving from its creators.

In this point-and-click adventure, you’re cast as Guybrush Threepwood, a well-meaning if often flustered pirate. It’s characterised by its delightful sense of humour, so if you want to relive the fun you can download the Special Edition for Mac, PC or iPad. You’ll get the option to switch between the hand-drawn reimagining of the game or the original classic version.

If you had a Sega Mega Drive (aka Genesis), you also probably had Sega’s Sonic the Hedgehog. It’s an addictive classic that’s still available to buy from the likes of Amazon and eBay if you’ve kept your Mega Drive. If not, you can pick up a re-released version for PC.

Most ’80s and ’90s kids will agree that Pokémon Red and Blue were among the best games of the era for Nintendo’s original Gameboy. They were the first of the now enormous franchise, released back in February 1996.

That addictive catch ’em all goal combined with gameplay that could be as simple or as complex as you liked makes this a brilliant game to revisit – try a different starter Pokémon or make it your goal to catch a shiny this time round.

If you own a Nintendo 3DS, you can download them all over again – or try your luck finding the originals on eBay.

Featuring a cyberpunk conspiracy-addled storyline worthy of a Philip K Dick novel and an astonishing first-person narrative, Deus Ex was more of a revolution than it was a game.

Deus Ex took the gaming world by storm when it was released in 2000 for PC and PlayStation 2, with its FPS approach to classic role-playing storytelling, immersing you into a world that had real consequences to your actions. With a wide array of weapons, abilities and plot-paths, it was almost guaranteed there was no way you could play Deus Ex the same way twice.

One of the most-loved real-time strategy games of all time, Age of Empires II is available to replay as Age of Empires II HD Edition, complete with native widescreen and updated graphics. First released in 1999, the game was so well-loved that an expansion was published by Microsoft fifteen years later.

Baldur’s Gate II is one of the Infinity Engine RPG games that stands above the rest. It has a decent story for a fantasy game, but it’s mostly notable for being absolutely massive.

Baldur’s Gate II: Enhanced Edition is a decent (albeit buggy) option if you want a slightly modernised version of the game. Otherwise it’s about as approachable now as it was upon release in 2000.

If you love the idea of the isometric CRPG but don’t really care for fantasy settings, try Fallout 2, first released in 1998 for Windows PC and Mac OS. There’s a quality and humour to the writing in Fallout 2 that puts it on a higher level than Fallout 3 – a cleverness that just didn’t quire make it into Bethesda’s iteration.

Only set out to play Myst if you’ve got a lot of time and patience on your hands, because it is one of the most difficult games you’ll ever play (thank goodness for walkthroughs). The point-and-click puzzler held the record for best-selling PC game for nearly a decade, and is available to download and play on iOS if you’re brave enough.

The second game on this list to be released in 1996, Super Mario 64 for Nintendo 64 was one of the launch titles for the much-loved console. A remake for Nintendo DS was released in 2004, too. Set in Princess Peach’s Castle, players had to guide Mario through three floors, a basement, a moat and a courtyard to save Peach from Bowser.

The first Quake was a muddled affair, a hodgepodge of disparate design elements and simplistic, Doom-styled combat. Quake II turned that formula on its head by crafting a believable, integrated world. You no longer blasted random monsters in non-descript brown castles; in Quake II, the storyline pitted the human race against an overwhelming assault by a race of cannibalistic cyborgs.

Though the single-player game was fun, Quake II’s true legacy was its visionary approach to online gaming: gamers cross-country rushed home from school or work to boot up Quake II on their high-end 56k modem. With a wide array of mods, maps, clans and user-generated content, Quake II was the multiplayer template that helped later forge online-focused games such as Halo and Gears of War.

When a game tells you to leap head first into the depths of Hell, guns blazing, you don’t ask questions; you point your BFG-9000 at the closest Cacodemon and let ‘er rip. Revolutionary for its time, and still an absolute blast to play to this day, Doom II set new standards for what to expect from a shooter, not to mention helping pave the way for the FPS genre in general.

A wide assortment of colorful weapons (including the notorious double-barreled shotgun) and an even wider selection of demonic enemies made this trip to the afterlife worth taking, and gave gamers the perfect excuse to scream ‘See you in Hell!’ before blasting a Spectre’s head off.

If you want to buy Doom, there are loads of different ports available thanks to the release of the source code in 1997. There’s also an iPad version of the original game – and soon there’ll even be a modern version of Doom in VR.

Final Fantasy VII was, is, and probably always will be, the most important RPG of all time – not to mention one of the best Final Fantasy games. It proved that RPGs don’t have to be medieval-set tales of lore, nor do they have to read like children’s bedtime stories.

FFVII featured mature themes in a modern industrial setting and both fit the RPG genre like a glove. With plenty of stylised characters, an innovative story, and an intuitive and enjoyable battle system, Final Fantasy VII redefined the RPG and brought the genre to the masses.

You can pick it up to play on PC now, or wait until the HD remake on the way to consoles some time in the next few years.

One of our favourites is Prince of Persia, released for PC in 1989, because my dad and I used to play it night after night on PC. We never quite managed to complete it (if you run out of time it’s game over), but we’d start it again and again nonetheless.

Now, you can play a re-mastered but still familiar version of Prince of Persia on iOS, or you can actually play the original game online thanks to Internet Archive here.

Some of the puzzles are asinine, so be prepared to consult a walkthrough. It’s worth it for the story though. And lucky for you, when you’re done you won’t have to wait eight years  for the sequel.

Take equal parts Ash from the Evil Dead films and Rowdy Roddy Piper from the cult classic They Live, sprinkle a myriad of pop culture references layered with clever puzzles and fast-paced gameplay, and you’ve got Duke Nukem 3D in all its glory. This game, for its time, was revelatory because it imbued its environments with never-before-seen levels of interactivity. We’re talking functional mirrors (‘Damn I’m looking good’), functional toilets (‘Oooh…much better’), and more movie references than any game before or since. The graphics haven’t aged particularly well, but the gameplay and interactivity are still unmatched.

Best old games: The Legend of Zelda: A Link to the Past

It was more than just the advent of 3D technology that took Mario, Link and Samus out of the 2D realm. All three starred in titles that were the very definition of 2D perfection during the SNES era.  The Legend of Zelda: A Link to the Past was far more epic than the two previous 8-bit iterations, in both size and story.

No longer limited in speaking to shopkeepers, old men, and hungry monsters, A Link to the Past featured an amazing cast of characters and an engaging story to complement the refined fighting and exploration style of the first.

It’s a testament to the game’s perfection that Nintendo has by and large kept 2D Zelda titles away from consoles since A Link to the Past perfected it. Unless you count Four Swords, but really, who does that?

Where Half-Life 2 is a blockbuster, high-speed shooter with some physics puzzles, Half-Life is Indiana Jones starring a silent physicist trapped in an underground, labyrinthine research centre filled with traps, strange beasties and grand-scale setpieces. It’s an adventure in the truest sense, where the shooting’s really just a means of getting to the next wild scene.

Half-Life has the same problem as many other ’90s shooters in that it’s quite a bit harder than what you’re probably used to nowadays. However, it’s also  really easy to find thanks to the fact that it’s a Valve game.

Plus there’s the free  Black Mesa Project, which has spent the last decade or so rebuilding Half-Life for modern systems.