Out of every Grand Theft Auto game ever released, GTA: Advance is probably the worst. Making its way to the Game Boy Advance way back in 2004, the game was basic even when compared to previous iterations of GTA for PC. It was mainly due to the limitations of the hardware – you can’t expect the same performance from a Game Boy Advance as you do a PC, and it showed.

Cars had annoying looped instrumentals instead of proper radio tracks, and the game just didn’t offer the same level of craziness as fans had come to expect from the series.

Read next: Best games coming out in 2017 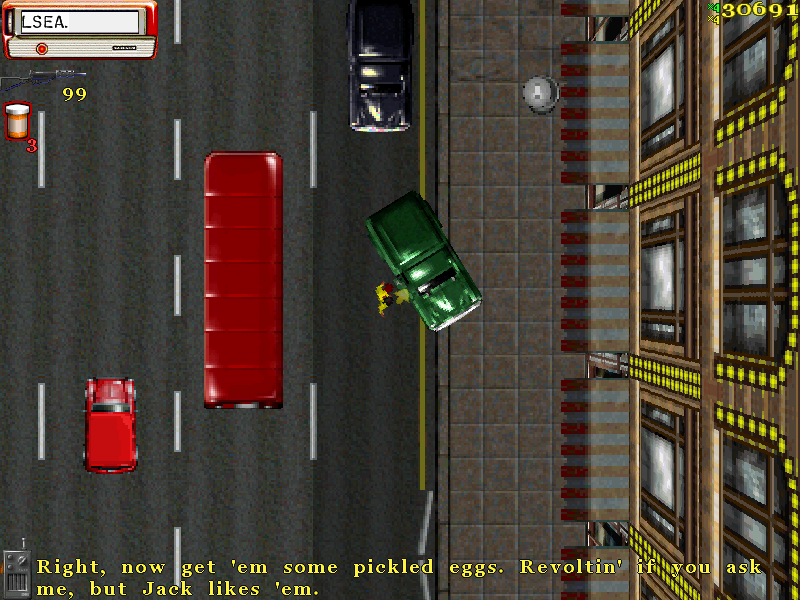 While we’re aware that technically, GTA: London was comprised of mission packs from the first GTA game, the new game brought with it a number of improvements, and a whole new city to explore. Released on PC and PS1 back in 1999, it’s the only game in the entire franchise that is based on a real city, and is the only time that the game has featured a location outside of the US. It’s an interesting entry in the Grand Theft Auto series, but it’s not GTA at its best. 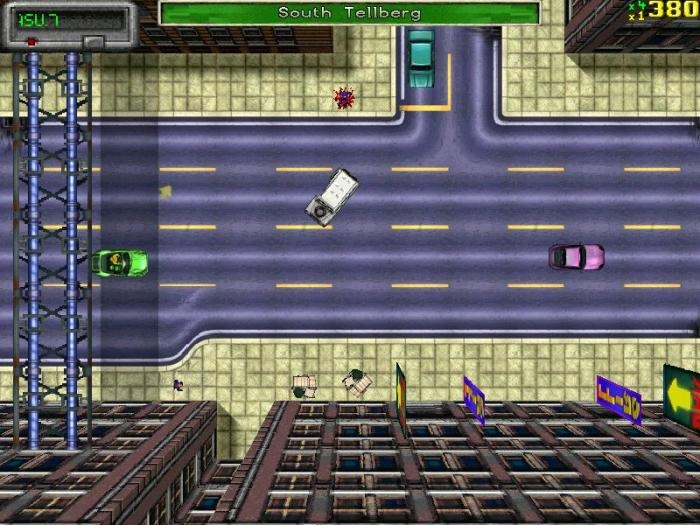 The game that kicked off one of the most popular game franchises of all time, the original Grand Theft Auto deserves a place in our ranks – but not near the top. Almost every aspect of the original game was improved in the games that came after it, but the game captured the minds of a generation so it can’t be that bad, right?

Also, a fun fact: the building pictured in the cover art for the original GTA is actually Trump Tower. 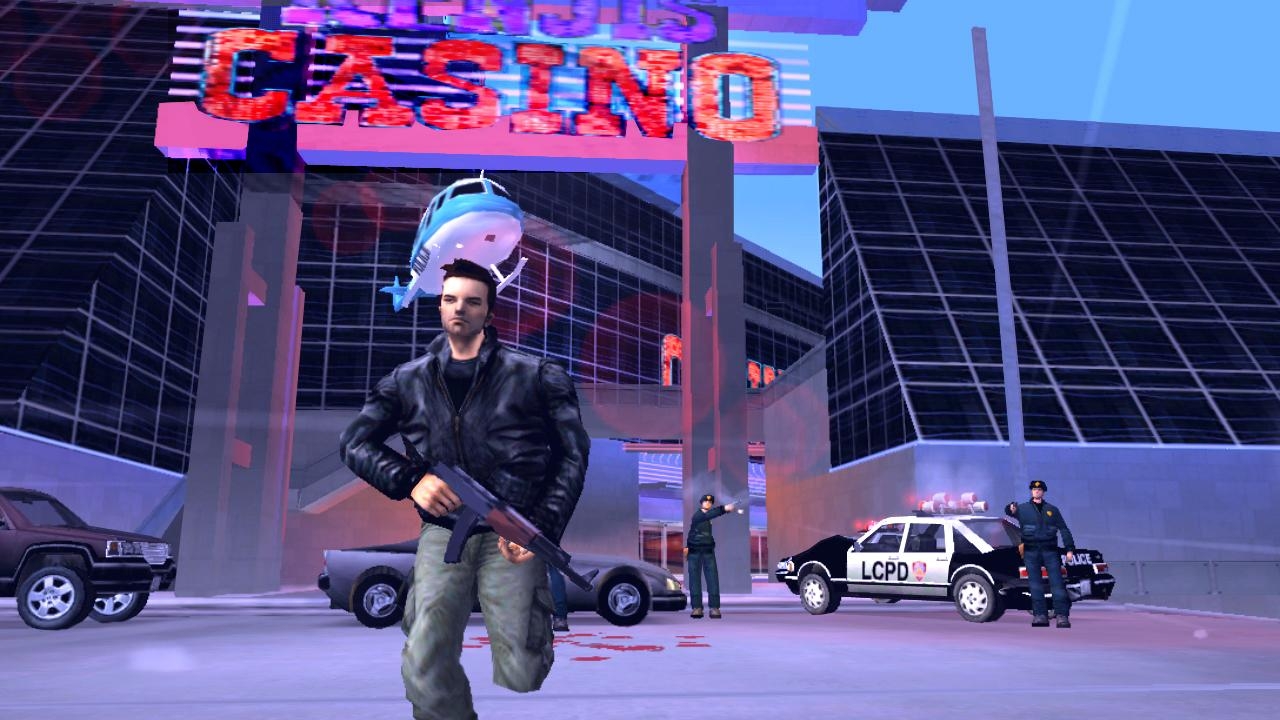 The story of GTA III is one that is extremely memorable, especially considering it came out way back in 2001. It’s fast paced, full of action and although the missions are fairly simple for the most part, it was still a thoroughly enjoyable game and we really liked Tony Cipriani as a protagonist. 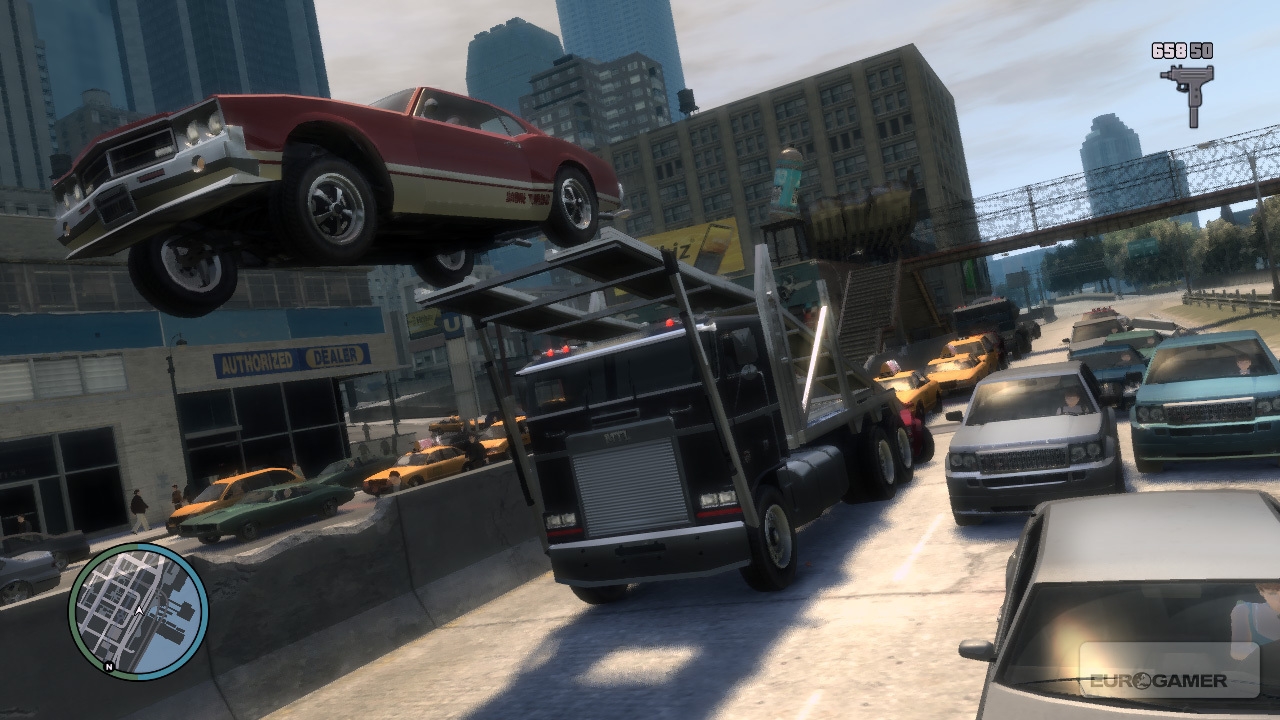 This might be a controversial ranking. While some regard GTA 4 as being one of the greatest GTA games, we think that the ultra-serious storyline dampened the over-the-top nature of the series.

Sure, it might’ve been the first GTA game to introduce modern aiming and driving mechanics, but there’s more to life than finely tuned mechanics – like cruising around Vice City in a flying car that’s eerily similar to that used in the first Harry Potter film. 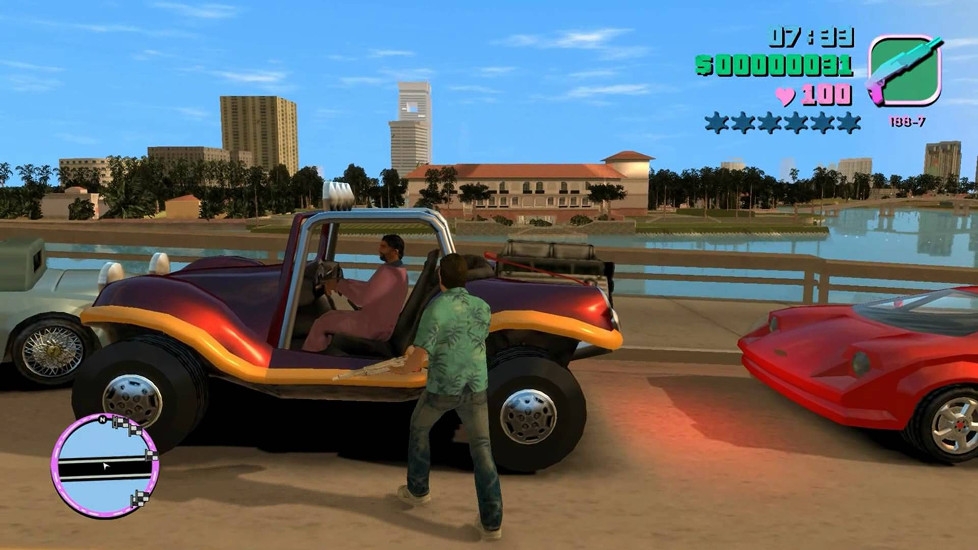 Grand Theft Auto: Vice City has a place in the hearts of many GTA fans, and what’s not to like? Bright neon lights, crazy suits, cool supercars and hands-down the best soundtrack out of any GTA game in the franchise. That’s without mentioning the cheats that came with it – who wouldn’t want a car that glides through the air like a plane?

Sure, it’s a bit clunky in places but the great environment design means that you never really notice it. 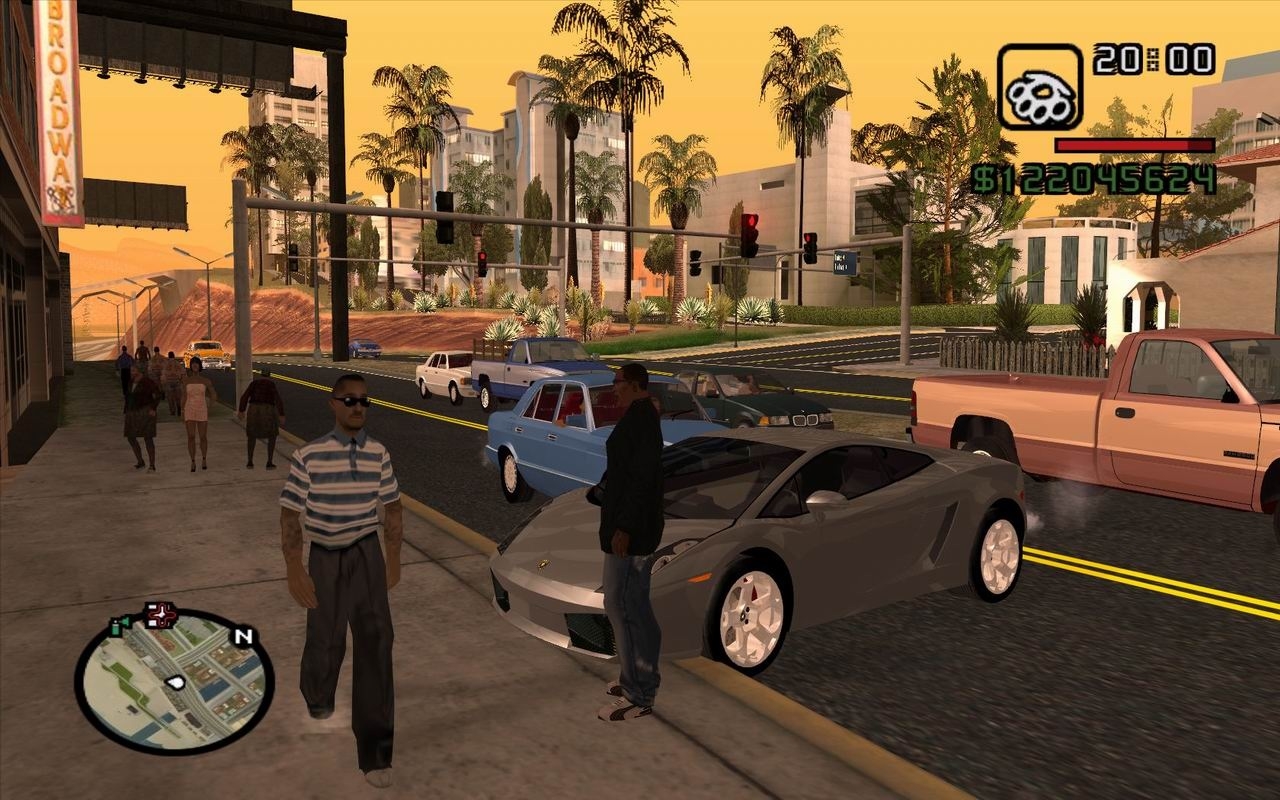 While Vice City is good, San Andreas is great. Rockstar learnt a lot from the success of Vice City and after applying all-round improvements to the game, from adding a huge environment to fixing the annoying fighting mechanics and adding gang wars, it makes it one of our favourite games in the GTA series. You’re able to fly planes, drive trains, climb stuff, ride bikes and even get really fat by eating too much fast food.

When combined with a co-op mode, what’s not to like? 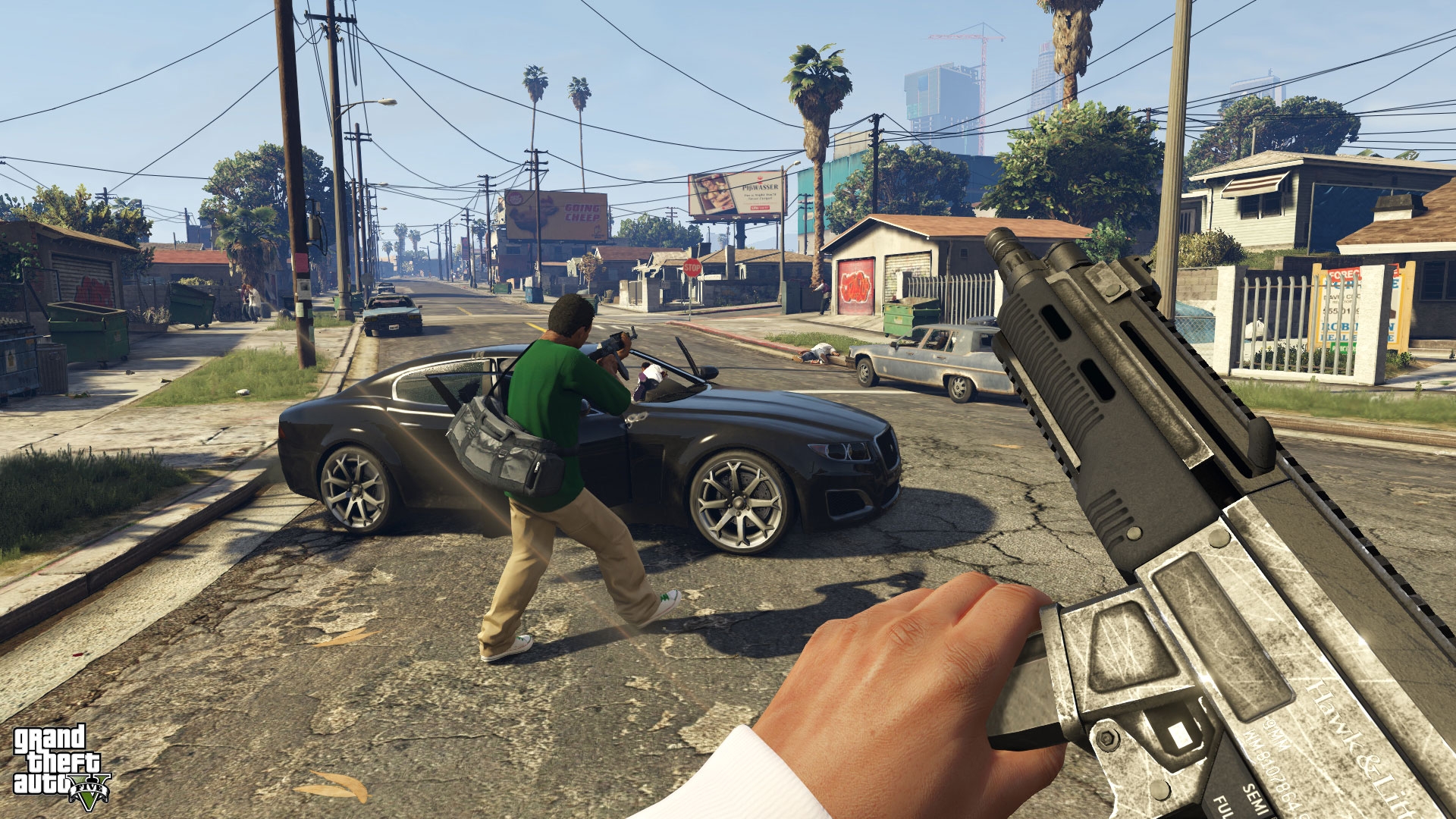 It goes without saying that Grand Theft Auto V (and GTA Online) is by far the best game in the GTA series, and sales figures back that up. Despite being released back in 2013, the game still occasionally tops game charts in 2017 and GTA Online still has thousands of daily players. The huge and varied open world of Los Santos is immersive and showcases a nearly insane level of attention to detail. Want to watch animals in the mountains? You can do that. Want to eavesdrop on an NPCs phone call walking down the street? Got you covered. Want to walk into a random store and rob it at gunpoint? Yeah, you’re getting the point now, right?

Couple that with GTA Online that provides an online playground for GTA fans to work together and fight in, and you’ve got a game that’ll keep gamers entertained until the next Grand Theft Auto game comes out – whenever that may be.