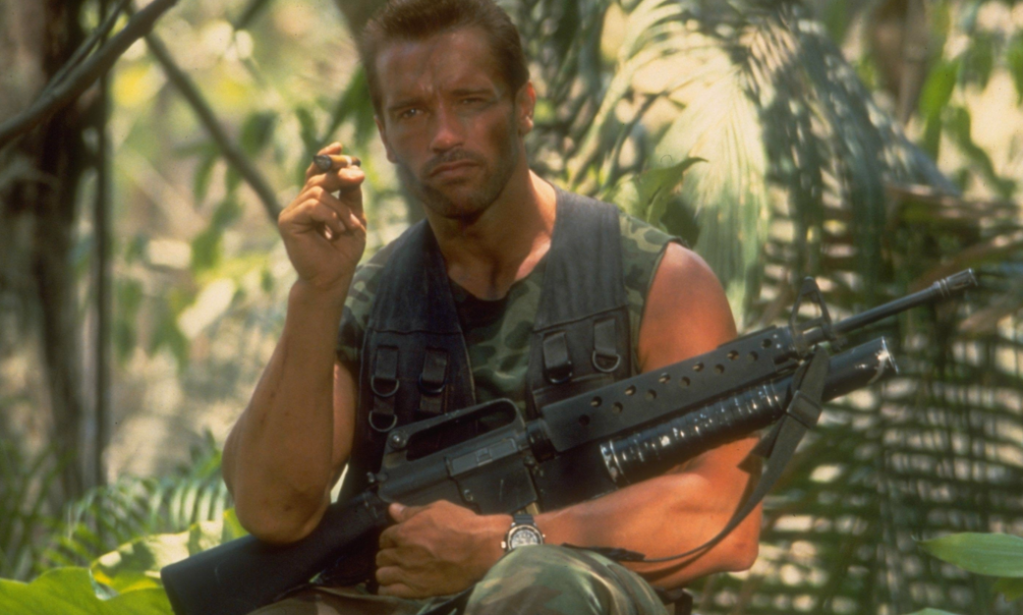 If there’s one area that film has a definite legup on books or theatre, it’s when it comes to action. Reading a description of a gripping fight scene is never quite as exciting as watching it play out, and safety concerns mean that most stage shows are severely limited in the size of the explosions they can offer.

Thankfully, action movies don’t suffer from the same limitations, and Hollywood studios (not to mention film industries around the world) have shown a remarkable ability to turn fists, bullets, and things going boom into some of the most compelling movies around. Some of these great action films work so well because they complement the fight scenes with rich characterisation and complex plots, whereas some are great just because the action never, ever stops. Either way, they’re all classics – and if you disagree, we’re definitely ready to fight you over it.

While Alien definitively established that in space, no-one can hear you scream, Aliens asked the all-important follow-up question: would they hear if you fired a load of pulse rifles, crashed a plan, and blew up a nuclear reactor?

James Cameron’s entry in the long-running sci-fi franchise is the only one to really come close to matching the impact of the original, and it does so by doing something completely different. It eschews the horror and dread of Ridley Scott’s film, replacing it with an explosive match-up between a squad of space marines and a horde of xenomorphs. Along the way it confidently establishes so many tropes and action conventions that watching it now, Aliens can seem riddled with clichés – but only because it invented them all.

Every marine is a rich character in their own right – even the ones who get killed off in the first fight – but of course the film really belongs to Sigourney Weaver, who’s Ripley proved, perhaps for the first time ever, that you don’t need a man to lead the way in a blockbuster action flick. 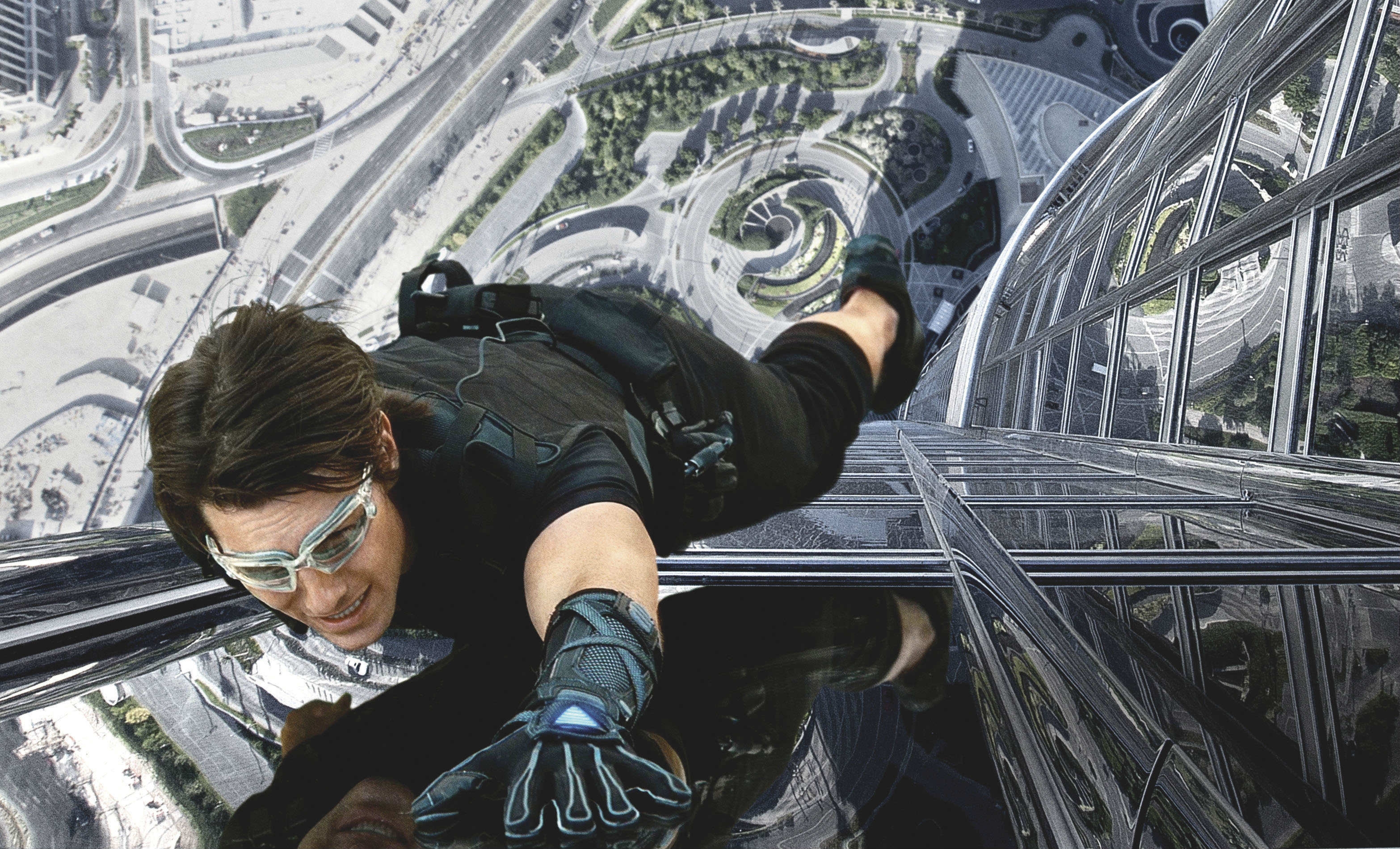 The Mission: Impossible series has shifted and morphed across its five films (and five directors), but one thing has remained constant: the drive to find taller and taller things to dangle Tom Cruise from. And in that respect alone, the fourth film – Ghost Protocol – has to be our favourite.

As Cruise’s Ethan Hunt climbs up the outside of Dubai’s Burj Khalifa skyscraper with nothing but a couple of flimsy suction pads to save him from a sandy death, it’s genuinely dizzying stuff – anyone with vertigo should probably steer clear. The fact that the rest of the film still manages to boast of a sandstorm foot-chase, a fistfight scrambling around an automated carpark, and the entire Kremlin blowing up should make it clear that this is big-budget action cinema done right.

Cruise is joined by Jeremy Renner and Paula Patton in dishing out the violence, while the ever-reliable Simon Pegg is on hand for comic relief. It’s fast, it’s funny, it’s got those silly rubber facemask things the Mission: Impossible films love so much – what’s not to like? 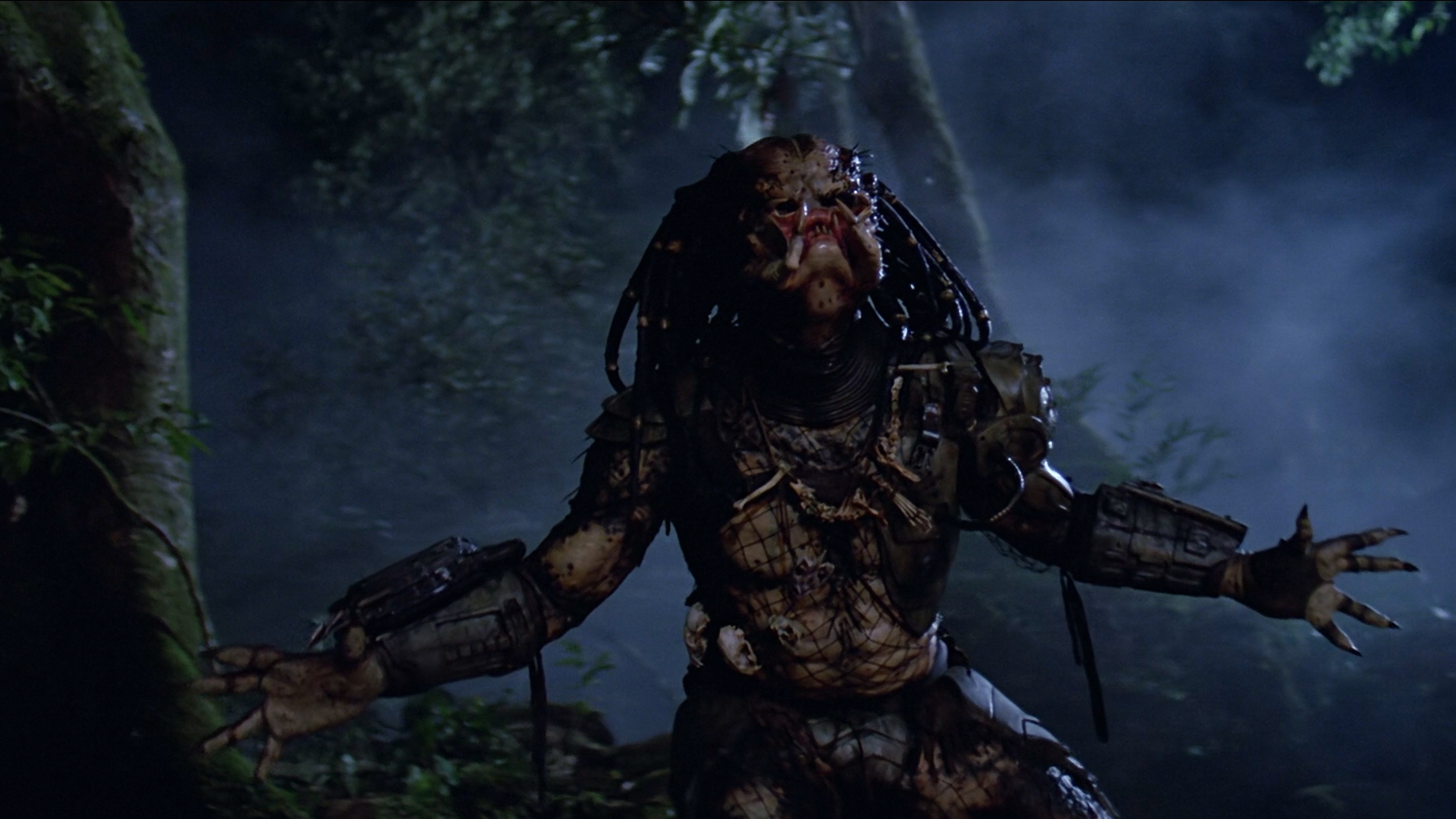 “If it bleeds, we can kill it.” Truer, nor wiser, words were never spoken, and we have Arnie himself to thank. And that’s just one of the immortal lines that Predator introduced to the action fan’s lexicon. How about, “You’re one ugly motherf*cker”? Or the infamous, “Get to tha choppah!”?

Schwarzenegger is at his sweaty, over-muscled best as he rampages through the rainforest after the alien hunter that’s picking off his squad one by one. Thankfully the supporting cast are more than just one-note redshirts though, and the likes of Shane Black and Carl Weathers boast some of the film’s best moments. Then there’s the Predator itself, which makes a compelling case for being cinema’s ugliest monster and has spawned a string of slightly underwhelming sequels (though we do have high hopes for 2018’s The Predator).

This is big, dumb, ‘80s action movie-making at its finest, and a reminder – as if you’d ever need it – to never pick a fight with Arnold Schwarzenegger. 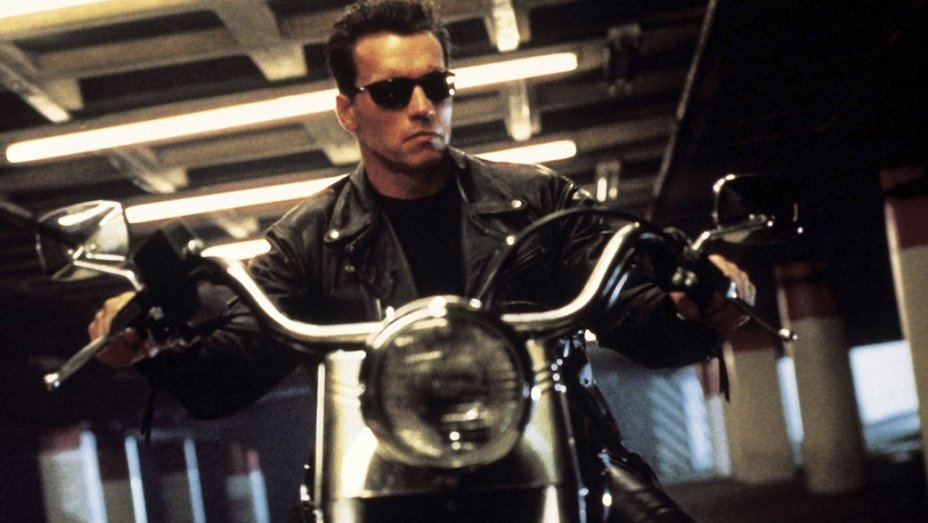 Yeah, Arnie made this list twice. And what are you gonna do about it, huh? Sure, he had his rivals in Sylvester Stallone and Jean-Claude Van Damme, but he was always the clear winner of the ‘80s action star battle royale.

His heyday carried on right through to 1991’s Terminator 2: Judgment Day, arguably the last truly great film he ever made (we’d put in an impassioned argument for 1993’s Last Action Hero, but everyone else seems to disagree). While the first film is a tense thriller (which we rated as one of the best sci-fi movies ever), the sequel amps up the action, culminating in the scene where Arnie’s T-800 single-handedly (well, with the help of a mini-gun) takes out an army of police officers without killing a single one.

Somehow we haven’t even mentioned the T-1000 yet, the liquid metal baddie that was not only a special effects revelation but also one of the most cold, compelling villains in action movie history. Then there’s Linda Hamilton, who somehow manages to seem like the toughest person in a film starring Schwarzenegger. Or ‘Hasta la vista, baby’. Or that bit where he gives a thumb up in the molten metal. Or… we could go on. The point is, Terminator 2 is bloody brilliant. 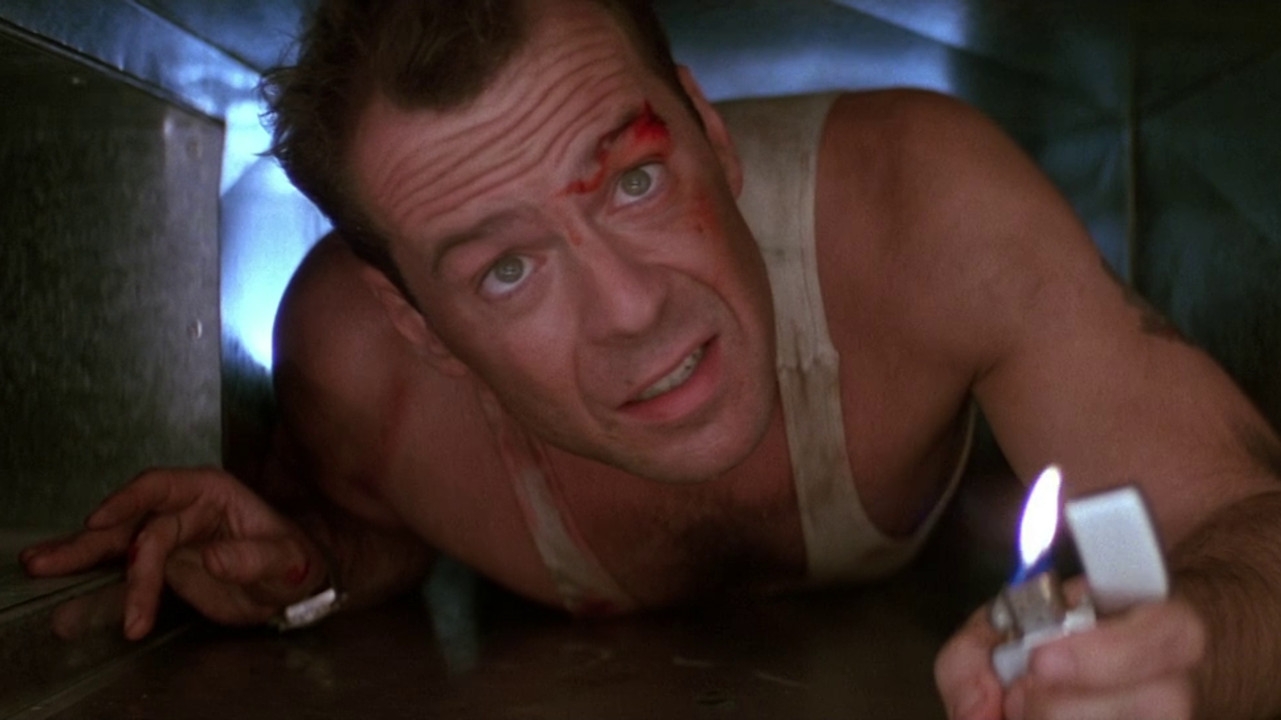 One of the few truly great action films that can also claim to be a Christmas classic, Die Hard was arguably most notable at the time as a response to the invincible action stars of the mid-’80s. By contrast, Bruce Willis’s John McClane is all too human, both in the relationship dilemma that kicks off the plot and in the wounds he sustains throughout the film – just try to watch that bit where he walks barefoot through broken glass without wincing.

As he fights through an L.A. skyscraper against a team of sinister terrorists (or are they…?) McClane is more vulnerable than your average arse-kicker – not that that stops him dropping the odd one-liner or saving the day, of course.

It would be amiss to mention Die Hard without bringing up the late, great Alan Rickman too, of course. It wouldn’t exactly be right to call his cold, calculating Hans Gruber the heart and soul of the film, but he is arguably its most memorable element – and it’s all the more astonishing that it was his feature film debut. 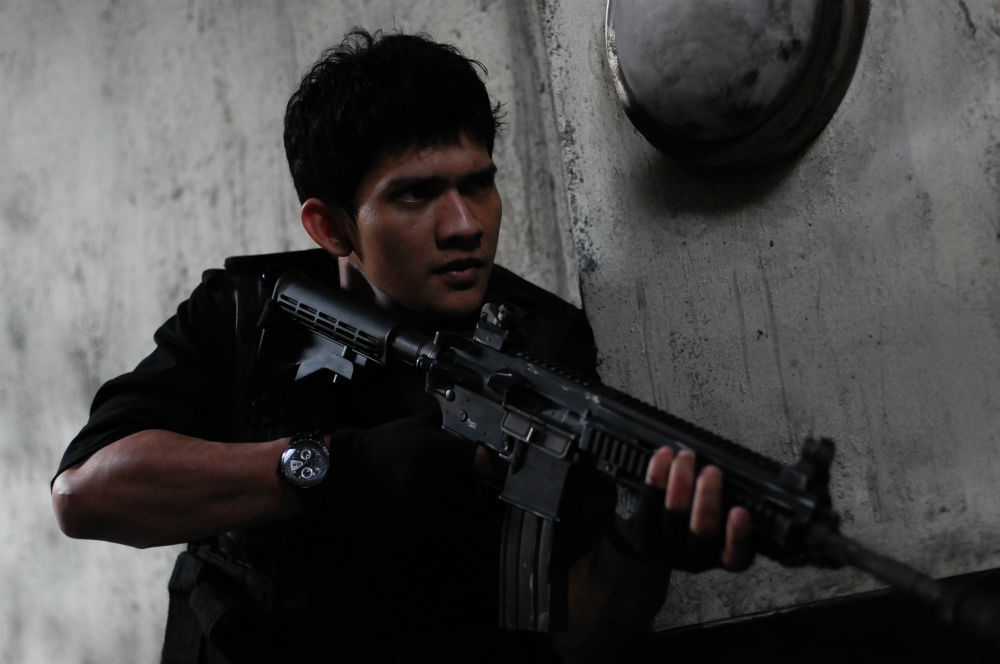 America may boast the world’s biggest gun-lovers, but that doesn’t mean it has a total monopoly on big-screen violence. If nothing else, the West has never managed to match the Far East when it comes to martial arts movies, and while Hong Kong and Japan have traditionally dominated the genre, our favourite instead comes from Indonesia.

It may have been directed by Welshman Gareth Evans, but The Raid is Indonesian through-and-through, from its setting, cast, and language right down to the little known and utterly astonishing martial art of Pecak Silat.

Iko Uwais plays the rookie in a S.W.A.T. team tasked with working through an apartment building owned and run by a local drug lord, and along the way he unleashes violence of such astonishing consistency and quality that you’ll forget all about Hollywood’s big budget epics. Sure, the plot is minimal and the characters are thinly sketched, but that doesn’t matter when a film boasts wall-to-wall action this astonishing. And you know the best part of it all? The Raid 2 is just as good as the first. 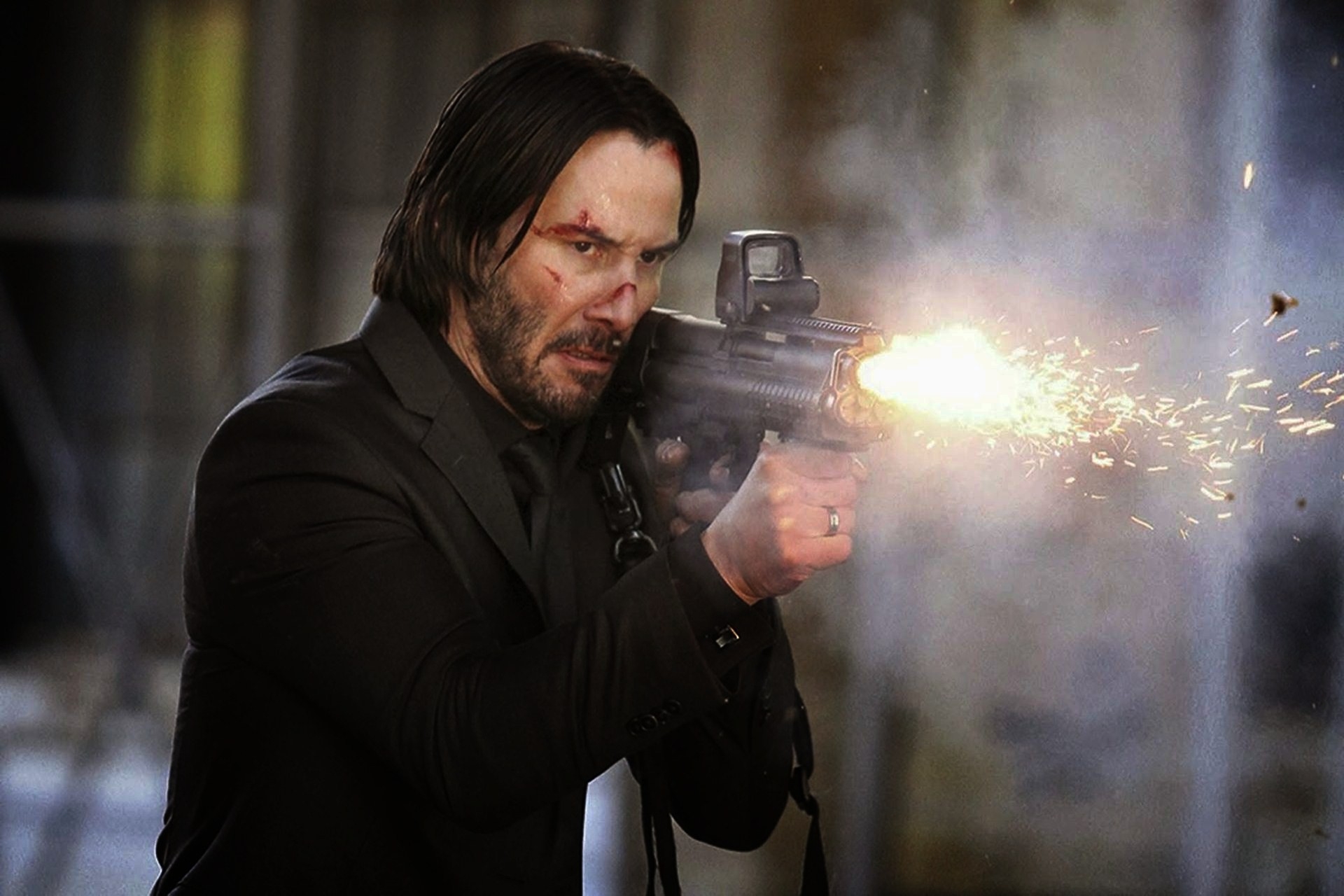 This out-of-nowhere hit from 2014 sees Keanu Reeves as a former hitman, living the quiet life, just him and his dog – a final gift from his dead wife. All is well, until a low-rent Russian gangster decides to, you guessed it, kill the dog. At that point all hell breaks loose.

Overwrought revenge epics are nothing new to the action genre, but John Wick excels in one key area: the tone. As the canicidal premise might suggest, the film embraces its own silliness – even as it plays everything entirely straight – with a subtle, wry sense that the filmmakers know their intricate criminal underworld isn’t 100% realistic. Oh, and the fight scenes are absolutely top notch too.

Read our John Wick 2 review to find out what we thought of the sequel. 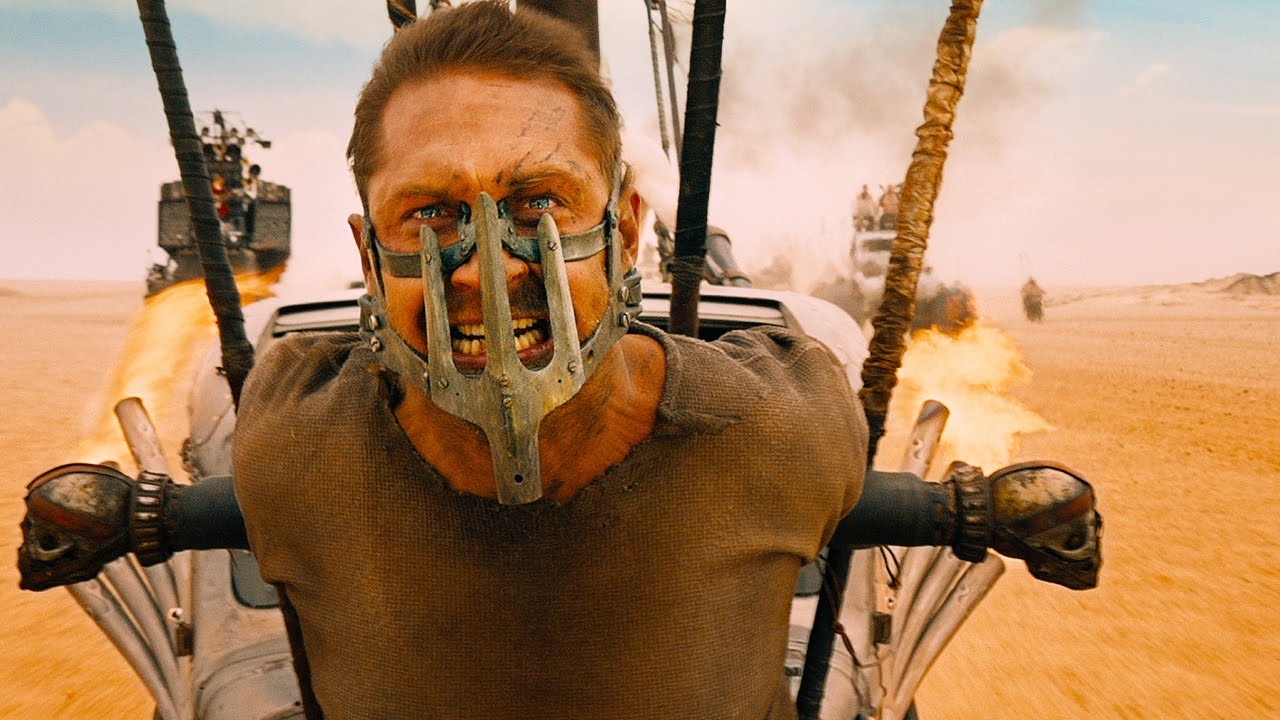 Amidst all that insanity, Charlize Theron somehow still manages to stand out as the shaven-headed amputee badass Imperator Furiosa, destined to become an inspiration to little girls everywhere who know they could probably beat their brothers up if they wanted. We haven’t even mentioned the almost entirely practical effects or the pulsing, kinetic soundtrack, and oh god we just want to watch Fury Road again right now. 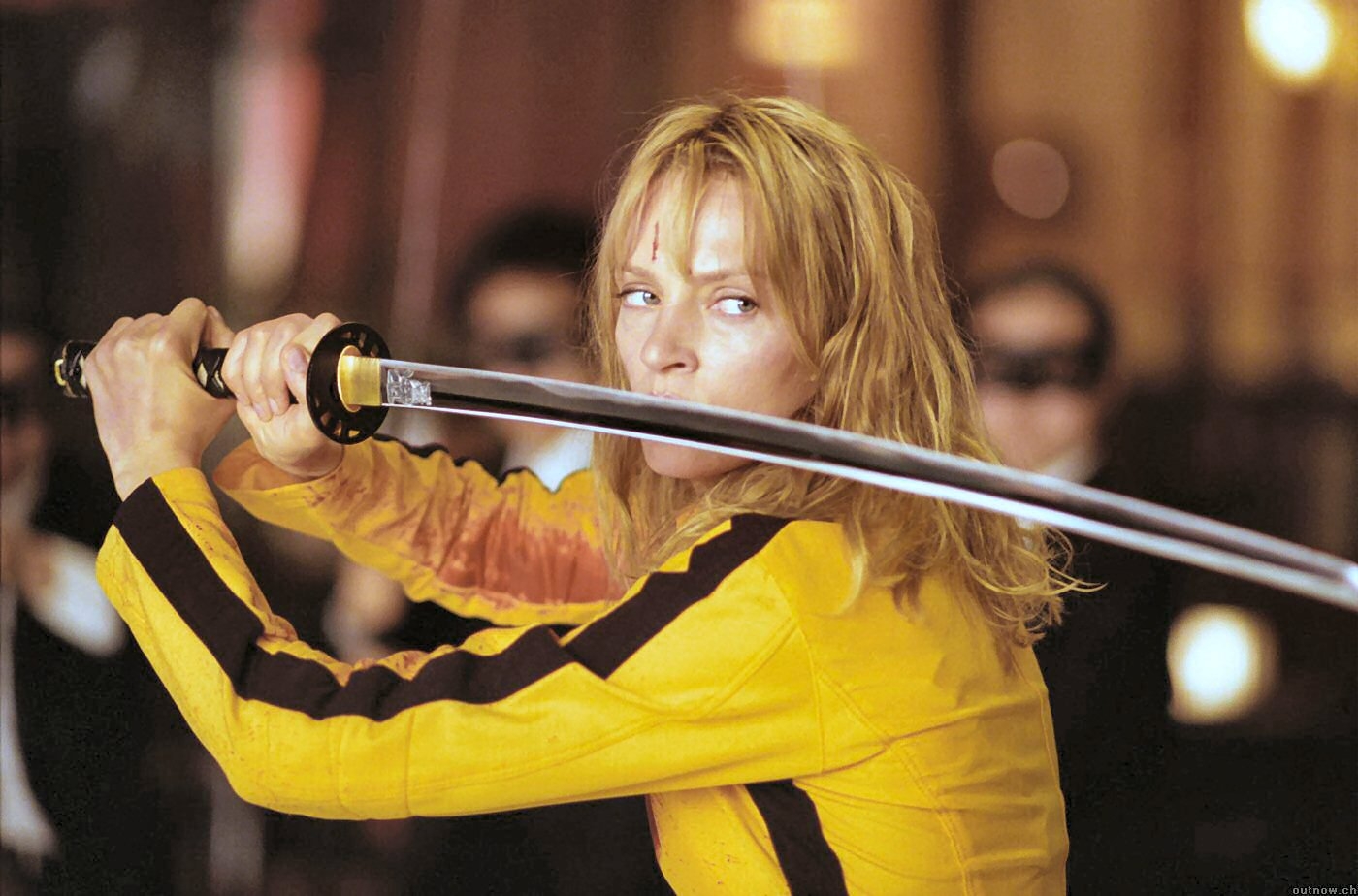 Quentin Tarantino’s homage to the martial arts epics he grew up with turned out to be even better than most of the films that inspired him. We especially love the first volume, for the simple reason that it boasts the absolutely mental Crazy 88 fight scene, pitting Uma Thurman’s The Bride up against a mob of masked Yakuza.

It’s a Tarantino film, so you know there’ll be memorable dialogue and an eclectic soundtrack, but Kill Bill was the first time Tarantino got the chance to prove he had serious action chops too. Going by the geysers of blood on display, it’s fair to say that he pulled off the trick, and from the massive Crazy 88 brawl down to the selection of one-on-one katana battles, the fight choreography is never short of astonishing.

Vol. 2 is a bit more of a slow burn, offering more in the way of character development at the cost of some of the over-the-top on-screen violence, which is why Vol. 1 gets our pick here. They’re both great films, but from a pure action perspective, the first film is hard to beat. 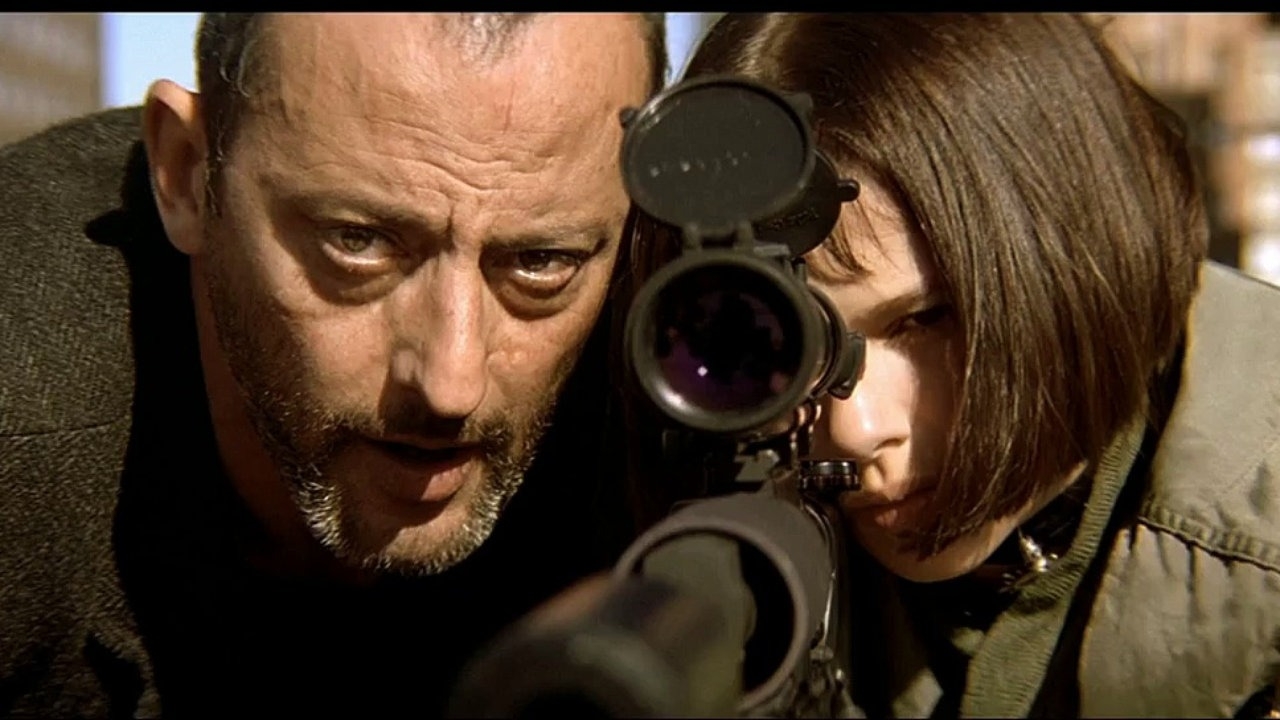 Léon, a.k.a. The Professional, a.k.a. Léon: The Professional (it’s had a few titles), is responsible for one great impact on the world of cinema if nothing else: it introduced us all to Natalie Portman, who was just 12 years old when she she took on one of the lead roles in the film.

You might (understandably) worry about how good an action movie starring a 12-year-old can ever get, but for that we have to thank both director Luc Besson and star Jean Reno. He’s a New Yorker who lives a quiet, solitary life killing people for money until Portman’s Mathilda is thrust into his life after her entire family are killed by a corrupt cop.

The relationship between the two of them is tentative and uncertain throughout, morphing and shifting as she tries to find her place both in the world and in Léon’s life, even taking the opportunity to train in his rather specific skillset. The action is mostly limited to a few specific set-pieces, but they’re tightly shot and tense throughout.