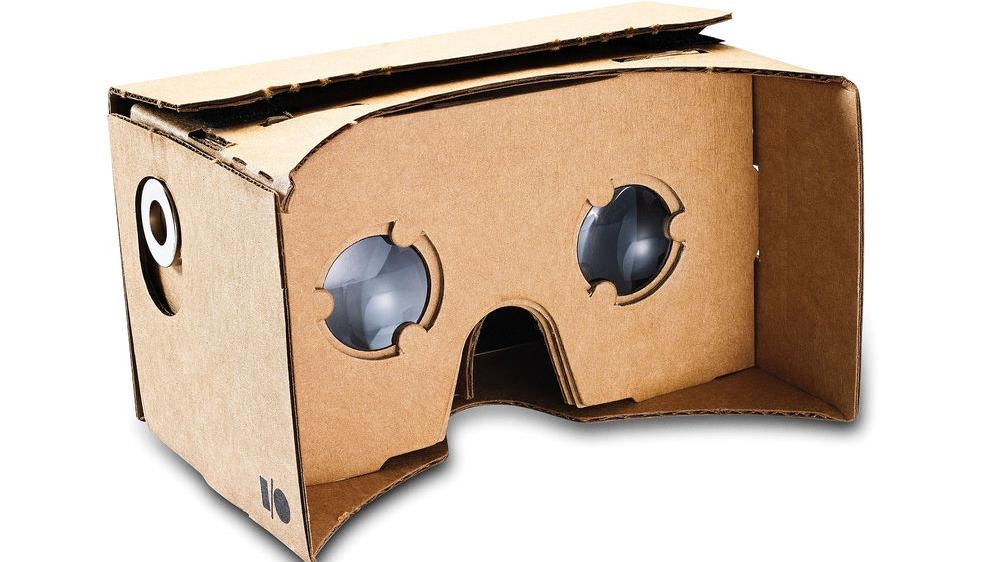 From Google Daydream to Gear VR, 2018 looks like it could be the year that virtual reality on Android goes mainstream. Cheap headsets like Cardboard mean that anyone can afford to try VR out now, while more and more compatible apps are popping up every day.

Whether you’ve just picked up an Android VR headset, or have had one for a while and are looking for some new apps and games to try out, hopefully our pick of the best Android VR apps will help you make the most of our new virtual reality.

If you’re new to the world of virtual reality, be sure to check our complete guide to VR. Oh, and if you’re yet to get yourself a Google Cardboard, we can show you how to make one too.

Google Cardboard is one of the most obvious inclusions here. Google’s free app is a great intro to VR, acting both as a hub for your other VR apps and offering a few demos of its own, from VR Google Earth to a virtual reality video player. It’s mostly simple stuff, but it’s a great way to get a feel for virtual reality, and it should be compatible with most Android devices.

You probably already know about YouTube’s expansive selection of 360-degree videos, but did you know that the Android app can turn any of them into VR experiences with the tap of a button? Just start playing any compatible video, and quickly turn it into full VR, completely for free.

If you have a Google Daydream-compatible device, you should also think about grabbing the dedicated YouTube VR app. That gives you a full VR experience from beginning to end, and will let you either watch 360-degree videos as VR experience, or see regular clips in a virtual cinema.

This Daydream-only app pretty much does exactly what it says on the tin: it plays all the Netflix content you know and love in a virtual reality viewer, giving you your own private cinema for the latest episodes of Daredevil or Orange Is the New Black.

There are a couple of caveats. Firstly, as we mentioned it’s for Daydream devices only, though the Play Store will let you know if your phone is compatible or not. Second, unlike the main Netflix app it currently doesn’t support offline downloads, though hopefully this will change. Finally, you obviously need a Netflix subscription to take advantage of it!

Eclipse: Edge of Light is a first-person exploration game in which you’re stranded on a sentient planet following a dramatic crash landing. Within moments you find a mysterious relic dubbed ‘the Artifact’ that can interact with the environment, whether it be destroying approaching enemies or providing handy ledges that you can jump onto using your built-in jetpack.

What makes the game better than other VR exploration games for mobile is the use of the Gear VR controller which allows you to physically throw the Artifact and interact with the environment. It provides a much more immersive experience, and one that’s thoroughly enjoyable.

We loved exploring the ruins to try and decipher what had gone wrong in the barren world, and with over 3 hours of gameplay available, we imagine many other DayDream VR users will too!

Within has quickly earned a reputation as the Netflix of VR, boasting a library of content all made specifically for virtual reality devices. From short horror films to VR documentaries, Within offers an impressive variety of videos and experiences from established filmmakers and VR upstarts. If you’re looking to see the best of VR filmmaking, this is where to start.

Taking 360-degree panoramas with your phone is nothing new. In fact, the latest version of Google’s camera app on Android includes this option: you can then scroll around the photo in the gallery viewer to see the entire room or place where you were.

A Chair in a Room

Ignore the nondescript name – this is one of the highest-rated games you can grab for Android VR right now. This VR horror experience sees you exploring – you guessed it – a room with a chair in it. That may not sound thrilling, but the game teases out a backstory and lets the tension build as you explore the space. A new story was added for Christmas, and so more might be on the way in the future.

Be warned though, because of the game’s graphics it might not work on less powerful phones – but since it’s free, you’ve got nothing to lose in trying it out.

This app sees Google partner with over 1,200 international museums, galleries and institutions from 70 countries to let you tour their exhibits online, and with VR support it’s now more immersive than ever. You can take virtual tours of museums and historical sites, getting up close and personal with artworks on the other side of the world.

Formerly known as End Space VR, Minos Starfighter is a neat first-person space shooter that really shows off the gaming potential of virtual reality. It’s essentially a wave-based shooter that sees you in sci-fi dogfights against enemy starfighters, with detailed ships, three environments to explore, and an upgrade system to keep you motivated. Sure, this isn’t the full VR gaming experience of the PlayStation VR, but it’s a great example of what an Android phone is capable of.

Trinus VR isn’t a game in and of itself, but instead it offers you access to a whole array of new VR games: namely every PC game you own. It connects your Android phone to your PC (either wired or wireless), streaming your PC games to your phone so that you can experience them in VR.

Obviously this isn’t a full VR gaming experience, but it’s a nice midway point, and a good excuse to revisit some of your older games in a new way. It’s pretty hardware-intensive though, so try out the free demo version before you spend any money to make sure it works on your phone.

For the moment, this indie teleporting game is about the closest we’re going to get to Portal in VR. Named after the noise made by teleporting X-Man Nightcrawler in the comics, is a platforming puzzle game in which you teleport around the world trying to collect crystals. You just look where you want to go, hit the button, and teleport there, meaning there’s no risk of motion sickness.