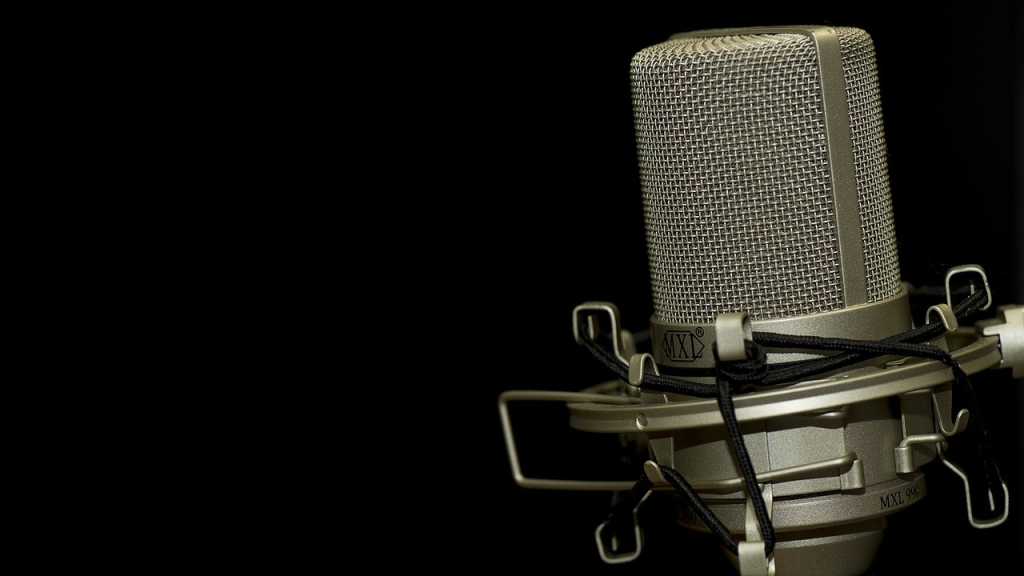 Whether it’s for making music or recording a podcast, more people than ever are finding themselves in need of audio editing software. While you can spend hundreds of pounds on professional-grade tools, there are also plenty of budget-friendly options, including some great free audio editing software so you needn’t pay a penny.

It’s worth noting that this list will include a mix of audio editors and digital audio workstations (DAWs), but we’ll try and flag what sort of features you can expect from each program. We’ve also thrown in a couple of cheap paid audio editors at the end of the list for anyone who’s happy to spend a little bit but doesn’t have the budget for full-featured pro software.

Get Audacity for free

Any search for the best free audio editor is likely to turn up Audacity first, and for good reason. The open-source software is entirely free, runs on Windows, OS X, and Linux, and boasts a feature list to rival most of the paid options out there.

You can use Audacity for both recording new audio and editing existing files, and the software supports multiple tracks and a variety of effects. Audacity also supports a wide range of formats and audio quality levels, for both importing and exporting, and is compatible with loads of third-party plugins to extend its functionality even further.

Despite all that power, Audacity’s interface is still pretty friendly, making it both accessible to audio amateurs and powerful enough for the pros, which is why it’s our pick for the best free audio editing software.

Get Free Audio Editor for free

Truly the Ronseal of audio software, Free Audio Editor does what it says on the tin, and offers plenty of options along the way. You can use it to record audio through a microphone or simply to edit files using a variety of ready-made tools and filters.

How well you get on with the UI will depend on your preferences. Rather than burying options inside menus, Free Audio Editor puts most of its tools upfront. That means it can be initially daunting, but once you get to grips with it you’ll be able to access the features and effects you want much more quickly.

It’s worth noting one slight downside: the installer will do its best to make you install a few bits of third-party bloatware, so read every page closely and use the ‘custom installation’ options to remove all the extras you don’t want.

Designed primarily for musicians, it allows multiple users to collaborate online on projects, using Soundtrap’s tools to record and edit audio. It has a variety of loops and samples included, along with some virtual instruments to help you write new music wherever you are.

Of course, you don’t have to use Soundtrap for music, but if you’re hoping to use it to record podcasts or lectures, it’s worth bearing in mind that it will be limited by the memory capacity of your browser. That means you’re unlikely to be able to record continuous audio for longer than half an hour or so – any longer and you risk losing it all.

Soundtrap has two tiers of paid subscription options, but the free plan still gives you access to 720 loops, 151 instruments, and the ability to work on up to five projects at a time.

Get WavePad for free for Windows, iOS, and Android

WavePad is a pretty solid free audio editor for Windows and iOS, let down mostly by the fact that a few features are locked and exclusive to the paid versions. There are a decent number of tools and effects in the free version, and an attractive UI, but it can’t quite match Audacity.

Still, where WavePad earns its edge is that it isn’t just available on your computer: it also comes with apps for iOS and Android. These are more powerful than you might expect for mobile audio editors, and have clearly been modelled closely on the main desktop application.

That in itself might be a good reason to pick WavePad as your desktop tool too – it means you can have a consistent experience across your devices, getting used to similar layouts, tools, and effects no matter where you’re working.

Get Acoustica Basic Edition for free

Acoustica is a powerful, fully-featured audio editing platform that looks and feels more professional than most of the other free options available. It comes with a variety of tools, and is particularly good at noise reduction, which makes it great for cleaning up old recordings.

It’s worth bearing in mind that there are paid versions of Acoustica available, and some features are held back for these. Some, like 7.1 surround sound, feel like understandable luxuries, but the omission of multi-track editing from the Basic Edition will no doubt rule Acoustica out for a fair few people. Still, if you’re only planning to work on simple, single-track projects, or think you might want to make the leap into a paid tool down the line, then this is a great choice.

Get Wavosaur for free

Wavosaur’s major selling point over the other free audio editors in this round-up is its sheer portability. There’s no need to install it, so you can just stick the .exe file on a USB stick, ready to use on any PC you like without an installation.

Despite being so lightweight, it still packs in plenty of features. You have your standard-issue editing tools, along more advanced stuff like pitch shifts, vocal removal, and batch processing, all across a variety of input and output formats. Oh, and it supports VST plugins so you can expand the feature set pretty easily if you want.

Updates to the software are… sporadic. The last was in August 2016, and before that December 2013, so don’t expect regular patches. Still, the base software is already solid enough that you shouldn’t let that put you off.

OK, so technically speaking, Ardour isn’t free. But since it uses a pay-what-you-want system with a minimum donation of $1, we feel like it’s really close enough to count.

Ardour is a full-featured DAW that runs on Windows, OS X, and Linux. You can import audio or record your own, and cut, copy, move, fade, trim, mix, and sync to your heart’s content across unlimited multichannel tracks.

This is an expansive, professional-level piece of software, created by musicians and for musicians, so it’s not for the faint of heart. If you’re totally new to audio editing then Ardour will likely be daunting (you could even say using it would be… arduous), and because it’s open-source software developed by a small team, you can’t expect much technical support. But if you already know what you’re doing and want to get a full DAW at a fraction of the price, then give Ardour a look.

Formerly owned by Sonic Foundry, then Sony, and now Magix, Sound Forge is an audio editing staple. The Pro version will set you back a meaty £299, but the cheaper Audio Studio will suit most people’s needs just fine at £44.99.

It’s currently Windows-only, but as you’d expect from the price you get an impressive array of features for your money, including plenty of built-in effects and support for VST plugins. Bear in mind that a few big features, like multichannel audio and customisable keyboard mapping, are held back for the Pro version, so think about whether you’ll need those or not.

So why would you consider paying £44.99 for Sound Forge rather than opting for a free editor? Polish. You get a slick, user-friendly UI, making it quicker, easier, and more pleasant to work in the program. There are also built-in interactive tutorials, so if you’re relatively new to complex audio software then Sound Forge would be a great way to get a grounding in the basics.

Adobe’s applications tend to be a good place to start when you’re looking for any advanced creative software, and Audition is no exception. Now a part of the Creative Cloud subscription service, it’s available at a relatively friendly price given its advanced feature-set – especially if you only want it for a one-off project, rather than an ongoing subscription.

It has all the features you’d expect from pro-level software, including multi-track mixing and non-destructive editing, along with a user-friendly UI. As with Sound Forge, there’s an extensive array of tutorials available, so you don’t need to throw yourself in at the deep end if you’re relatively new to high-end audio work.

Best of all, there’s a free trial, so you can get to grips with the basics, work through a few of Adobe’s tutorials, and then decide if you’d like to stick with Audition or try out one of the free alternatives.