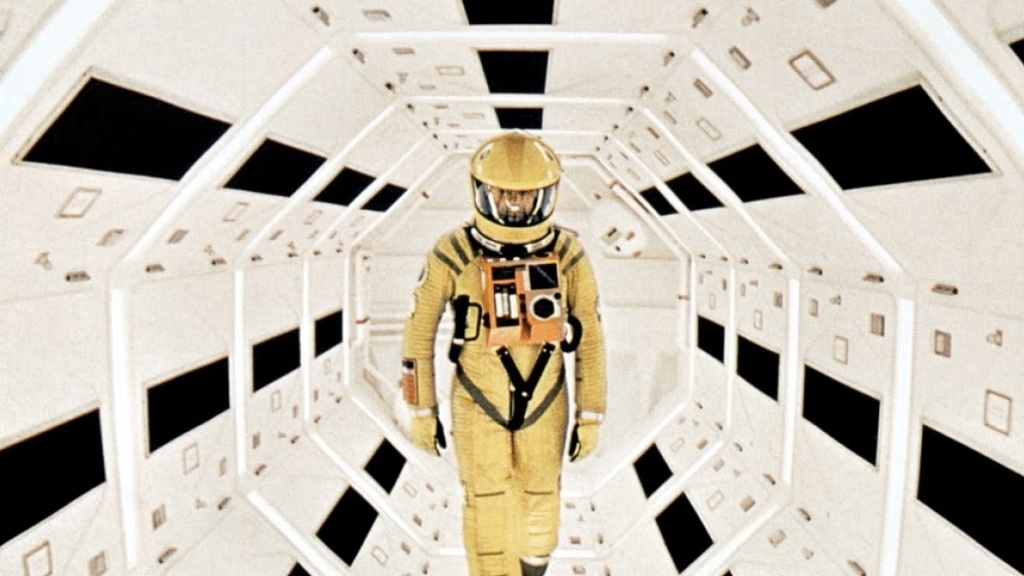 Trying to list the best sci fi films ever made is a pretty daunting prospect. Filmmakers have been exploring science fiction pretty much since the birth of the medium (going back at least as far as 1902’s A Trip to the Moon), and over the last hundred or so years there have been some pretty amazing sci-fi movies.

Still, whether for stunning effects, thoughtful themes, or simply incredible storytelling, a few science fiction films have risen above their peers and stood the test of time (travel). We reckon these are the best sci fi movies out there, on this planet or any other.

Ridley Scott’s 1979 classic is both one of the best sci-fi films ever, and one of the best horror films ever, which isn’t bad going really. HR Giger’s uniquely creepy extraterrestrial helped spawn a franchise that’s still going strong, with Alien: Covenant out in 2017, despite the odd blip (we’re looking at you, Alien vs. Predator).

Some people prefer James Cameron’s action-packed sequel Aliens (which is also absolutely brilliant), but for our money you’ve got to go back to where it all began for the true xenomorph experience: sheer terror.

It’s not quite fair to say that the xenomorph is the stuff of nightmares, because most of couldn’t come up with something this nasty even in our subconscious – though it’s striking how little of it we really see across the film, which instead keeps the focus on its cast of interstellar truckers, led by the inimitable Sigourney Weaver.

Plus, Alien provoked one of the most enduring debates in sci-fi history: would you go back to save the cat? 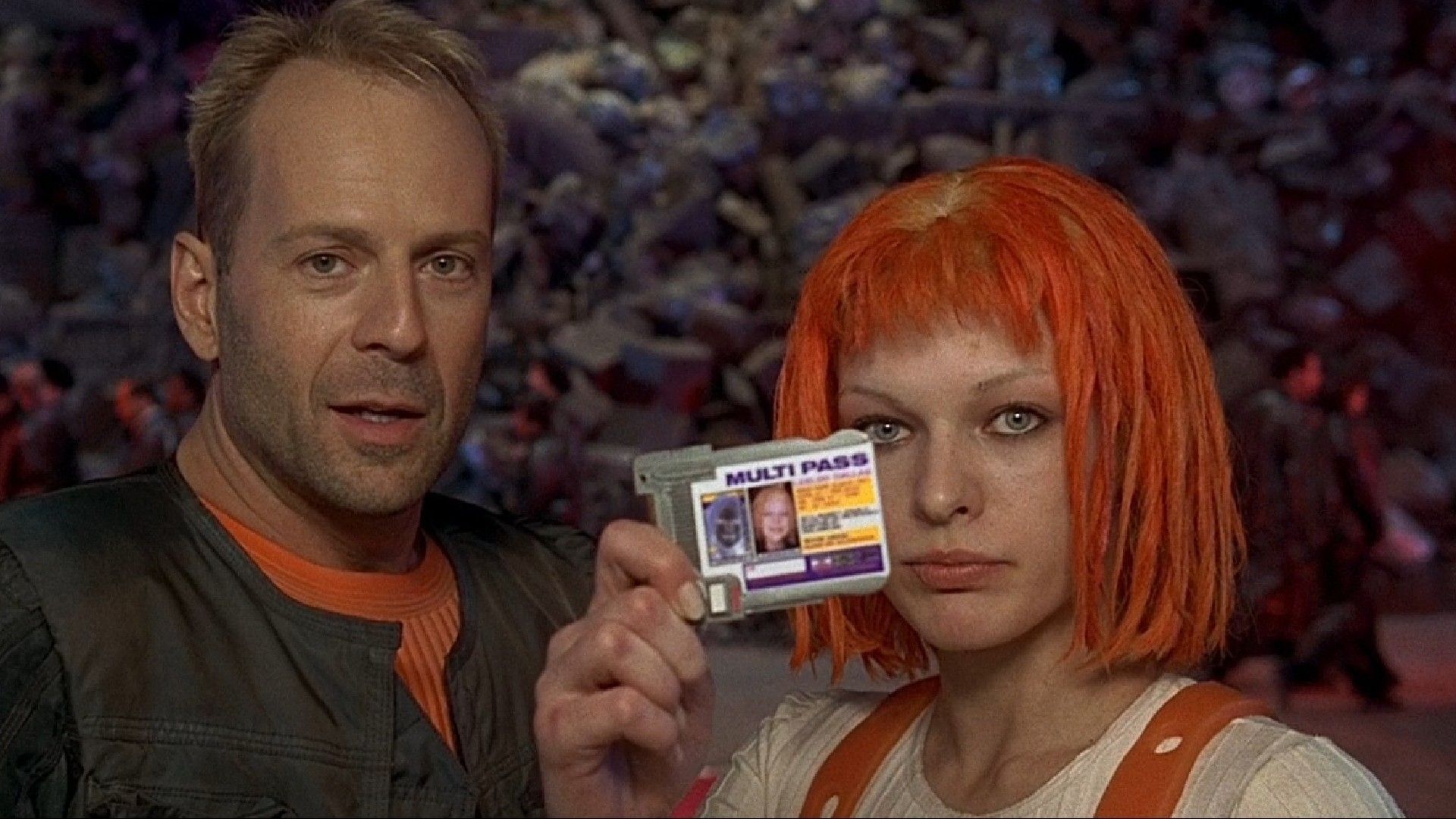 Love it or hate it, you’ll probably never forget The Fifth Element. Luc Besson’s surreal sci-fi extravaganza makes regular appearance on both best and worst sci-fi film lists, but we’re among its fans.

There are a lot of things to love. For one, there’s the incredible creature and costume design (by none other than fashion legend Jean Paul Gaultier). Then there’s the cast, from a predictably gruff Bruce Willis to an utterly childlike Milla Jovovich, by way of an admittedly unhinged Gary Oldman. It doesn’t hurt that the film’s action sequences are stellar, or that it boasts the most over-the-top space opera story since the ‘50s.

Detractors tend to point to Chris Rock’s… divisive… performance as outlandish performer Ruby Rhod, not to mention the fact that it’s all a bit, well, silly. But isn’t that part of the fun? It’s refreshing to enjoy a sci-fi film that doesn’t take itself too seriously but is still meticulously well made. 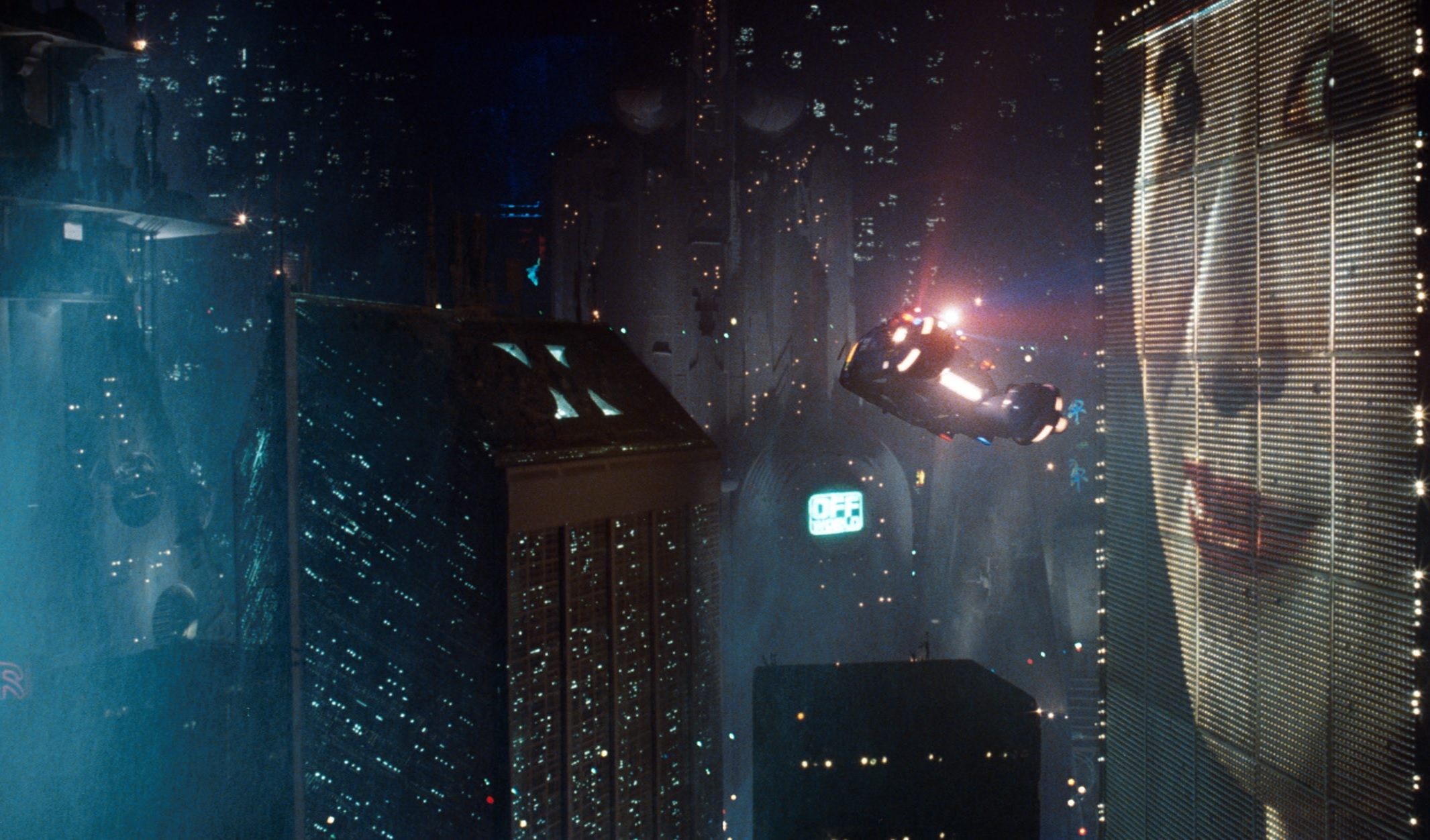 Grim dystopian futures feel even easier to believe in than ever right now, and Blade Runner’s is one of the grimmest and grittiest. Based on Philip K Dick’s seminal novel Do Androids Dream of Electric Sheep?, Ridley Scott’s film both narrows the source material’s focus down to the questions around A.I. existence, and expands the issues it raises around it.

The star of the show (apologies to Harrison Ford) is really the sumptuous visuals. Scott’s vision of a futuristic Los Angeles is drenched in perpetual rain and soaked in neon, bright lights poking through the smog and grime of a rotten city. And yet despite all that ugliness, the film itself is studded with moments of beauty, not least Rutger Hauer’s famously moving ‘tears in the rain’ speech.

Blade Runner is another film that had a choppy initial reaction from critics, not least thanks to a studio-imposed voiceover and happy ending, but in the years since it’s received the recognition (and Director’s Cut) that it deserves. 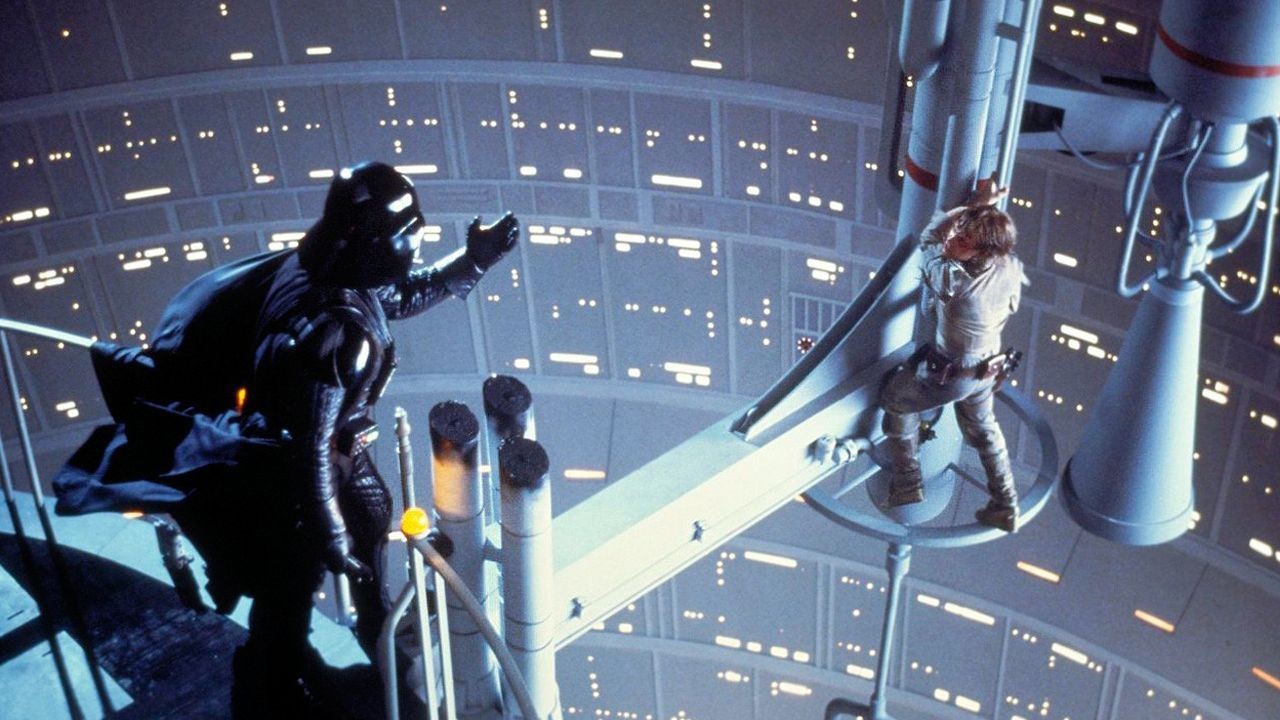 There was always going to have to be some Star Wars in a list like this. The very first film was a firm contender, and The Force Awakens and Rogue One have both made solid efforts for inclusion in recent years, but really it has to be Empire.

Not only is it the darkest of the original trilogy, but it also introduced us to the likes of Yoda, Lando Calrissian, and the infamous AT-AT walkers, and boasts one of the most infamous movie spoilers of all time.

But beyond all that, it’s simply the best-written and best-directed of the lot, eschewing the corny scenery chewing of the first film for something with a bit more heft and charm, right down to Han Solo’s famously improvised response to Leia’s declaration of love: “I know.”

We love you too Han, and we love The Empire Strikes Back even more. 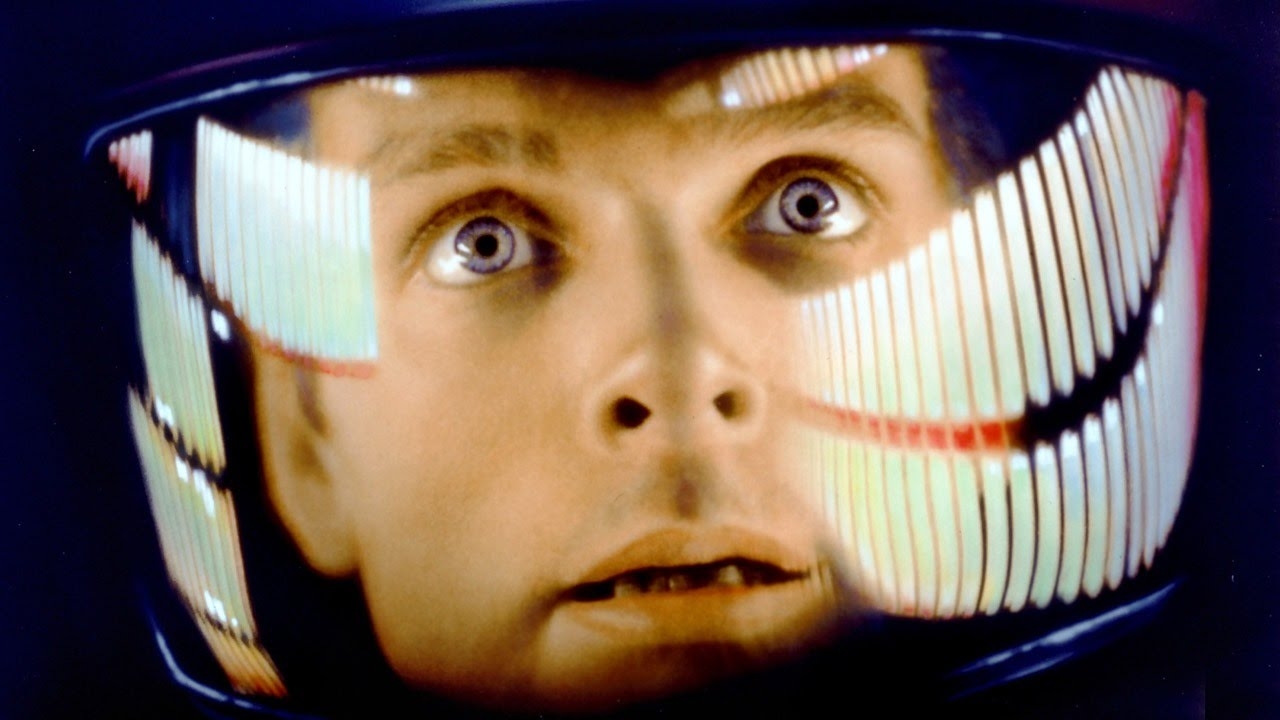 Like some of cinema’s other enduring classics, 2001 was pretty widely panned upon its initial release, with critics and audiences branding it dull, over-long, and pretentious. And to be fair, you can still find plenty of people who’d level the same accusations at it today, but it’s pretty telling that we’re still talking about the film 50 years on.

Little is explained outright, and 2001 undoubtedly raises more questions than it answers about mankind’s evolution and eventual journey into the stars. At the same time though, it offers one of the most comprehensively detailed and thought out visions of space travel created either before or since – right down to the 700-word instructions on using the zero gravity toilet. 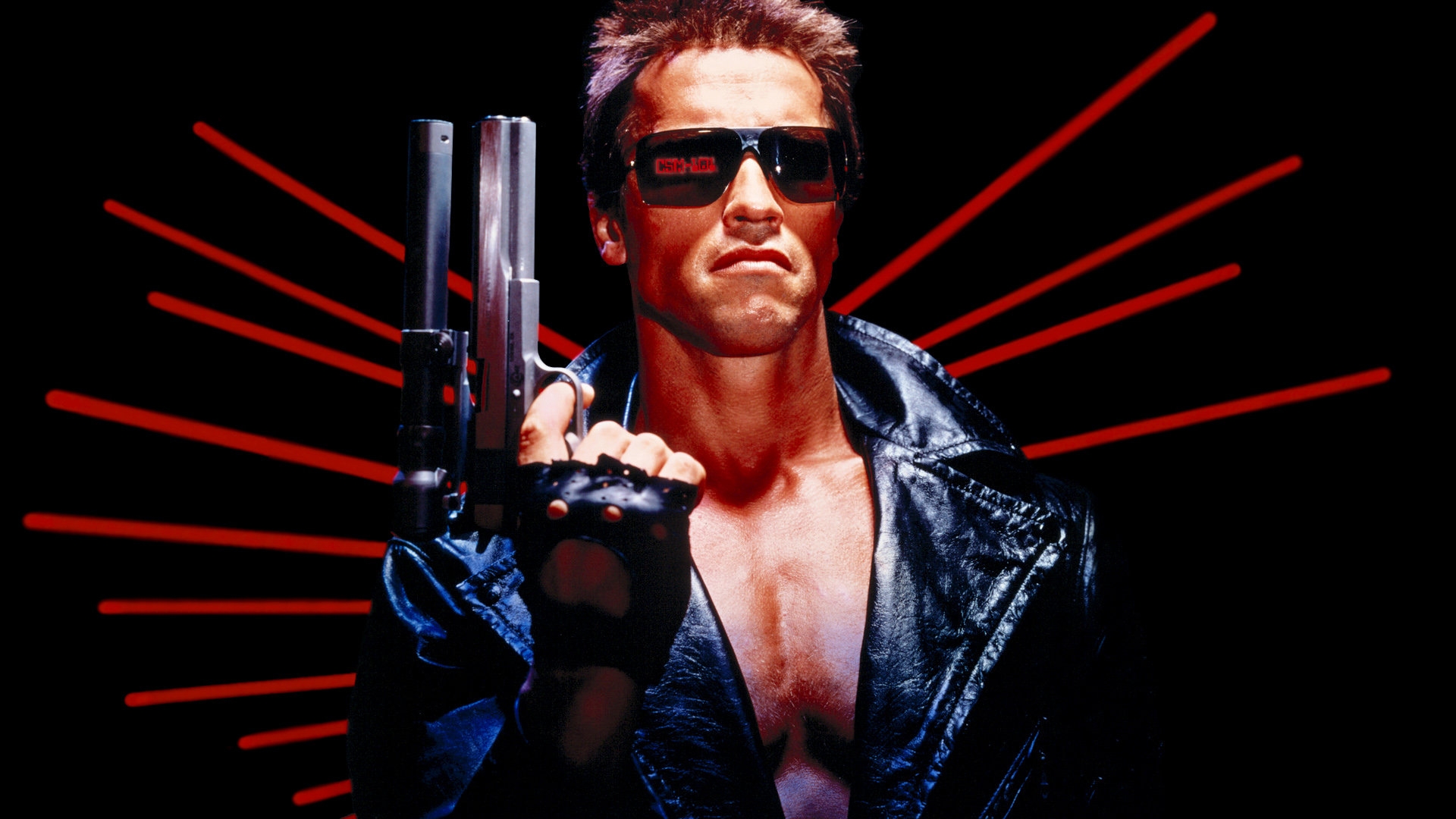 We thought long and hard about whether to include The Terminator or Terminator 2: Judgment Day on this last, and if you prefer you can consider this an honourary inclusion of both. But if an implacable cyborg pointed a shotgun to our heads, we’d have to pick the first film, which finds an amazing amount of ingenuity in its simple structure.

Arnold Schwarzenegger is the titular murderous machine, sent back from the future to kill a young Sarah Connor before she can give birth to the future leader of the human resistance. Her scramble for survival, aided by another time traveller, feels desperate and grubby throughout, and director James Cameron never lets the tension drop for a second.

The Terminator feels genuinely, truly unstoppable, and is unsettlingly inhuman – the scene in which he calmly carries out repairs on his own arm and eye is properly chilling. T2 may boast bigger action, better effects, and cornier one-liners, but it’s the first film that reminds us just how scary our future robot overlords are going to be. 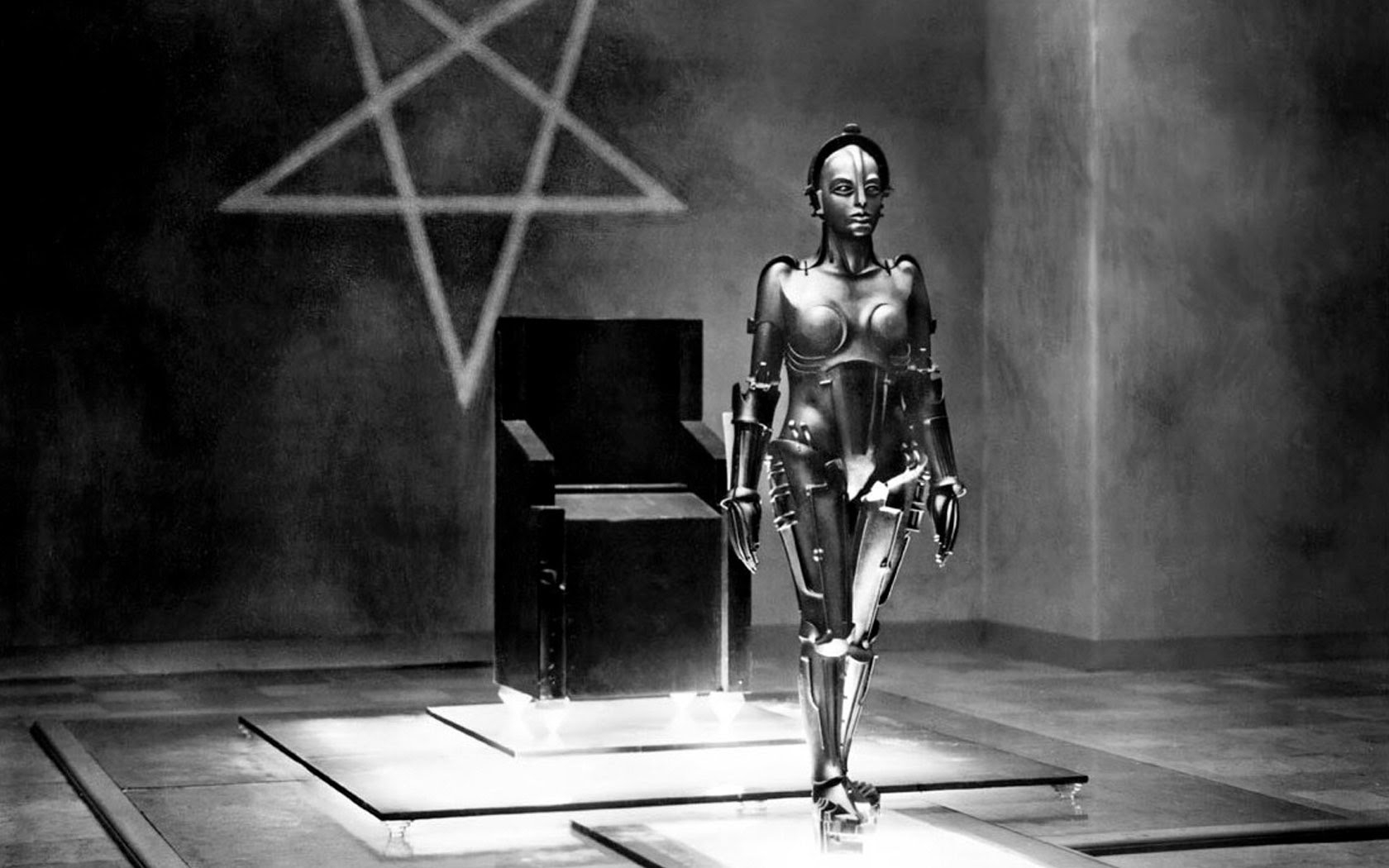 Most of these films were made over the last 50 years, which is really no surprise – it wasn’t until at least the ‘60s that camera and visual effects technology advanced to the point where truly convincing science fictional worlds and creatures could be brought to the big screen. Still, the genre dates back much further, and 1927’s Metropolis is proof that it doesn’t take dazzling CGI or intricate prosthetics to transport us to the future.

Along the way there’s a robot, a lot of deception, and plenty of musing on the class system and violent revolution, most of which has been expanded on in other sci-fi films since. But what no-one’s managed to beat yet is the movie’s stunning art deco design, with towering skyscrapers, huge machines pumping out steam, and the brass-bodied robot that adorns most of the film’s posters.

It’s hard to overstate the impact and influence that Metropolis has had on just about every science fiction movie since. Don’t let the fact that it’s silent put you off either – this is a legendary film, and rightly so. 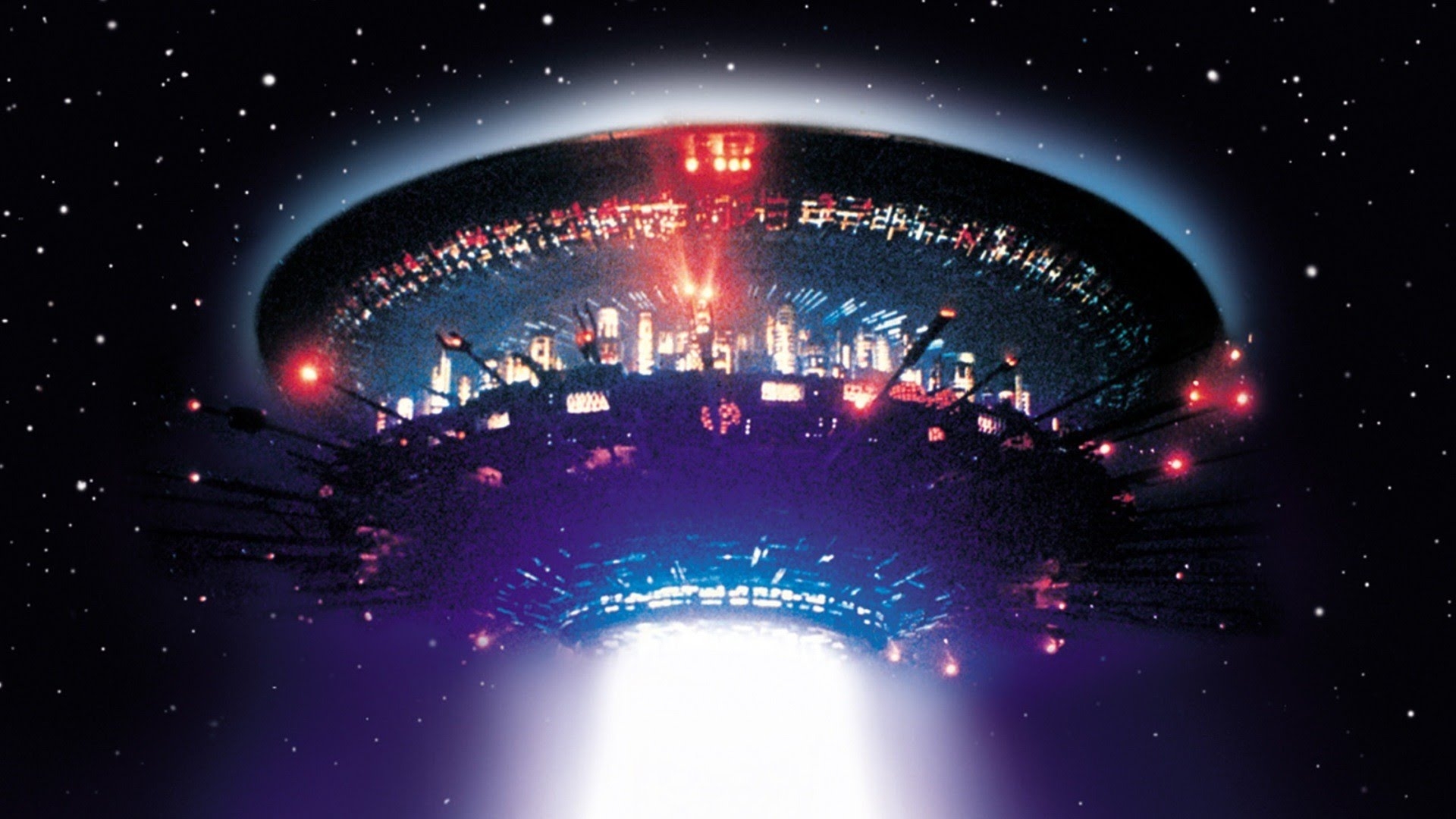 From E.T. to Minority Report, Steven Spielberg has undoubtedly made his mark on the world of science fiction, but it’s Close Encounters of the Third Kind that feels most like a complete vision.

There have been plenty of ‘first contact’ films over the years (the recent Arrival is a great example), but Close Encounters feels distinctly Spielbergian. There’s the focus on a central suburban family, whose life is subverted; there’s the criticism of militaristic government intervention; and there’s the strangely magical quality to every encounter with the aliens.

Less straightforwardly sentimental than much of Spielberg’s other work, Close Encounters is instead mysterious, aloof, playing its cards close to its chest until the majestic finale. And you’ll never be able to hear those five simple notes the same way again. 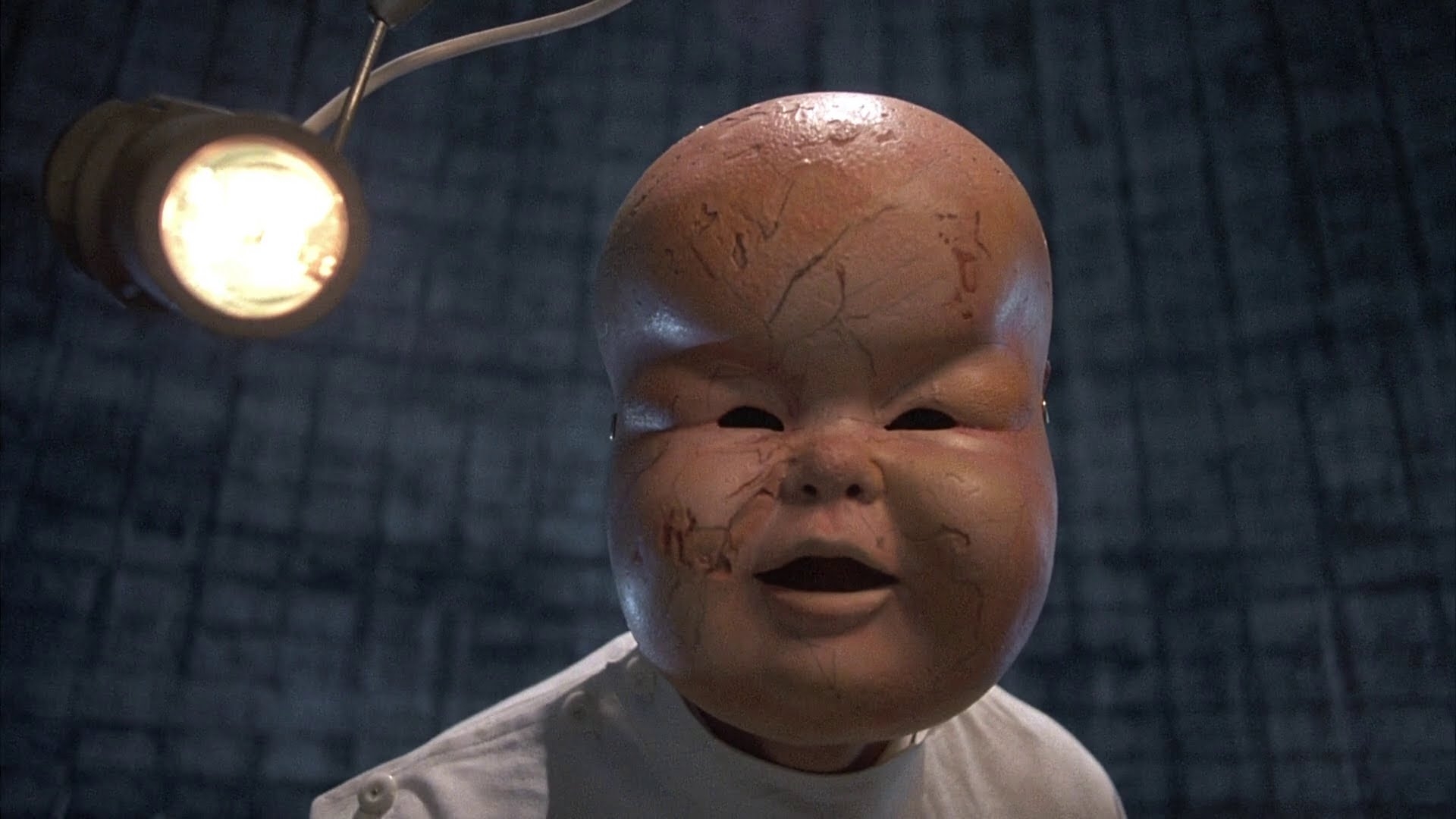 From reading this list you might have noticed that depressing dystopian societies are a bit of a recurrent theme among the best sci-fi, and Brazil is about as depressing as they come. Terry Gilliam’s trippy classic features an extravagant, over-the-top take on a 1984-style setting where civilians are trapped within layer upon layer of bureaucracy.

It’s not all dull and dreary though, and Gilliam finds plenty of room for colour, both in the more outlandish elements of the warped society and in the main character’s fantastical dream sequences, illustrating his ever-more-desperate desire for freedom.

Brazil is another film burdened with a studio-mandated happy ending, so try and track down the director’s cut, which takes a darker, more ambiguous tone in its final moments. 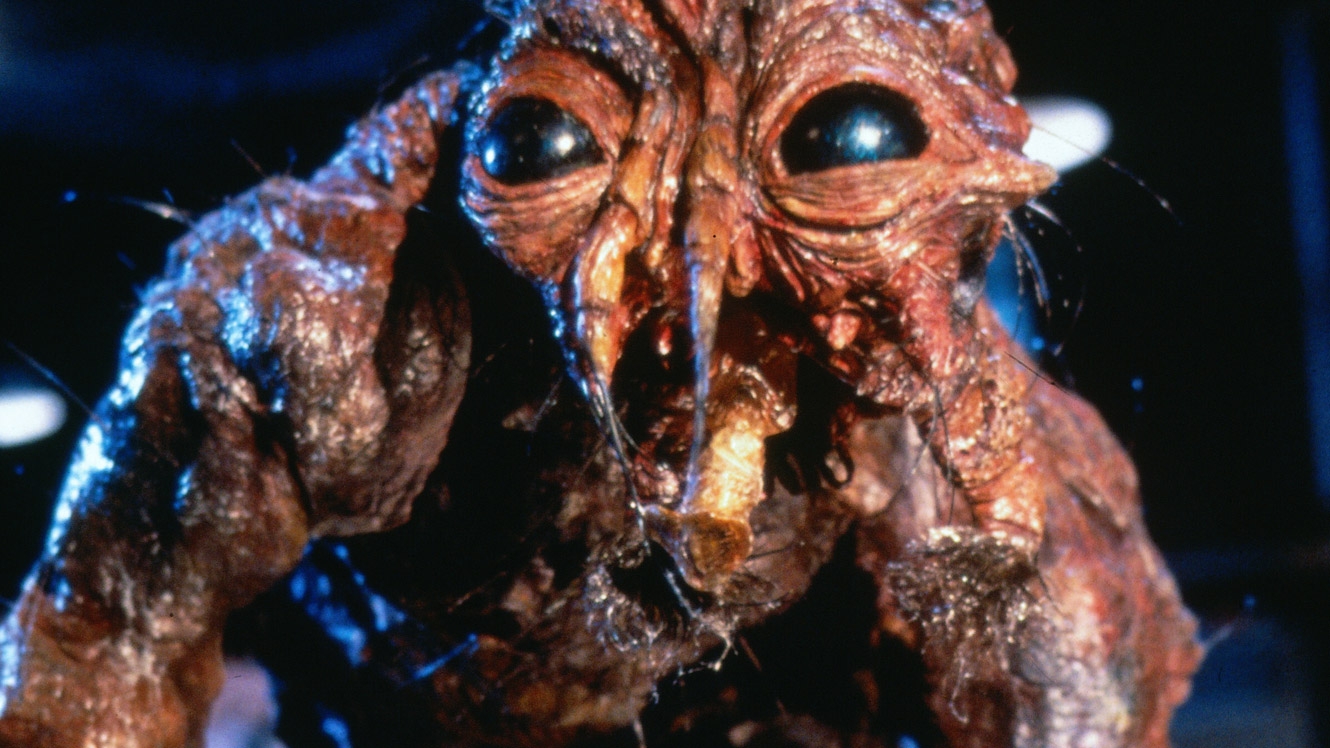 Some people think the future is bright, with astonishing technological and social progress on the way. Others make darker predictions, expecting social collapse or for humanity to pay a price for its scientific ambition. David Cronenberg, on the other hand, clearly just things it’ll be super gross.

His remake of ‘50s classic The Fly turned the body horror up to 11, transforming lovely Jeff Goldblum into an unspeakable half-man, half-fly hybrid, all oozing pus and dripping claws. It is, to be frank, absolutely disgusting, but it’s almost impossible to look away.

There’s more to The Fly than just making you squirm though. There’s genuine tragedy and heartbreak to its tale of a scientist literally losing his humanity, and both Goldblum and Geena Davis give performances that are among their best.

This isn’t one to watch on an uneasy stomach, but brave your way through it and you’ll find one of the best sci-films ever made.