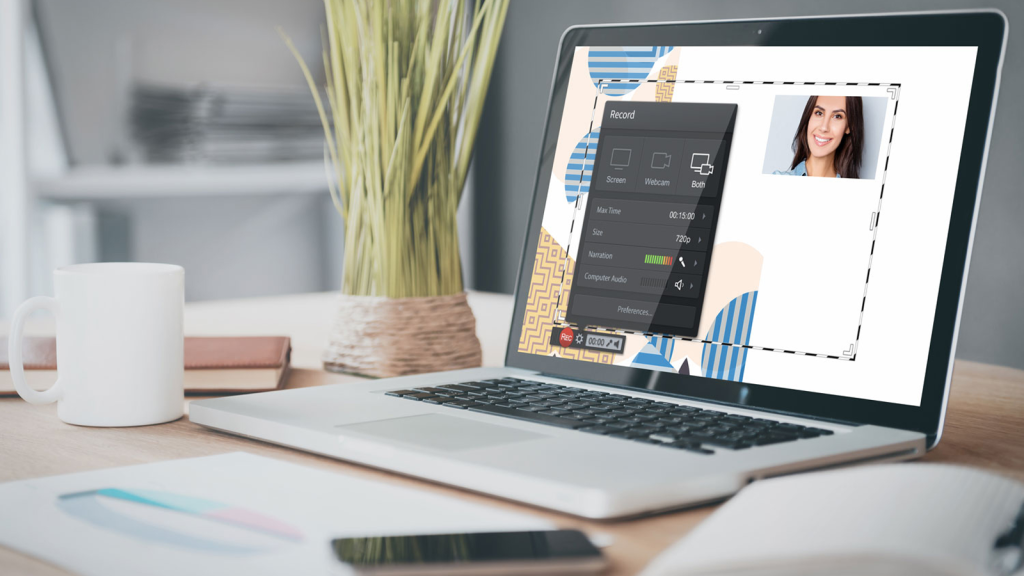 There are many reasons why you might want to record your screen rather than take a screenshot. Sometimes a still image of a Windows app isn’t enough and what you really want is a video showing the on-screen action. A screenshot is the equivalent of a photo, whereas recording a video of your screen can better help to explain to someone how to fix a problem when you’re offering technical support. Maybe you want to make videos for YouTube, record gameplay to share it with friends, or something else entirely.

Whatever the reason, you’ll definitely notice the benefits of screen recording as opposed to just taking a screenshot in some cases.

To achieve this you’ll need dedicated software, so we’ve gathered together a selection of the best ones around today. As with most apps, not all screen recorders are created equal and while there are free versions, they typically lack the flexibility and video-editing options of paid-for products. Thankfully, there are trial versions of the paid apps, meaning you can compare them to the truly free variants without laying out any cash.

If it’s not Windows you want to capture, check out our separate guide on how to record an iPad’s screen

Flashback Express is a completely free screen recorder for Windows. It’s easy to use, quick to download and offers the kind of feature set that you’d fully expect to have to pay for.

Indeed, it looks and works a lot like Camtasia (which costs quite a lot) yet requires only your email address, to which the free licence key is sent.

There are tutorial videos, but they’re barely needed as the dark-style interface is intuitive and the first-time use guides you to the right buttons to press anyway.

If you want to unlock the full feature set, you can upgrade to FlashBack Pro for $49 (approx £30).

Built into Windows 10 is Game DVR. As the name suggests, it can record gameplay clips (and also screenshots).

Compared to utilities such as OBS Studio which can stream games live, Game DVR is extremely basic. But it’s easy to use and has a couple of neat features.

Simply press Windows + G and the Game Bar will appear. You can hit the record button to start recording the game in the background. Then, in the game press Windows + Alt + G to save the previous 30 seconds of play.

To start a recording in game, press Windows + Alt + R. Afterwards you can share the file as you would any video file.

For more details, see How to record games in Windows 10.

Standing for Open Broadcaster Software, this open source screen recorder has a steep learning curve. It’s not really for beginners, although it’s primarily aimed at those wanting to stream using Twitch or YouTube.

But you can just as well use it to record what happens on the Windows Desktop. Despite being free, it’s not a trial and won’t limit the length of capture or add a watermark.

There’s help on the website, but to save you time, when you first use OBS Studio, click the + button in the Sources box and select ‘Display capture’ and you’ll see your desktop (you can specify which monitor if you have more than one).

Alternatively, you can select Game capture and it will happily record full-screen games, something that a lot of software refuses to do.

OBS is a remarkably powerful app, especially for one that’s free, and comes with a number of features that make it a complete video production workhorse for live streaming and recording rather than just something for simple screen-capture duties.

Camtasia (previously called Camtasia Studio) is a powerful screen recorder tool that makes it easy to record what’s happening on your PC, edit the results into a polished presentation, then share it with the world.

As well as recording applications, you can also use it to record (and subsequently edit) games too.

When you’re making tutorials, you can highlight the mouse pointer and clicks, as well as easily zooming into an area of the screen to make it easier to follow what you’re doing.

The drawback is the price. At £229/$249, it’s only for those who are going to do a lot of recording and need Camtasia’s editing tools. It’s available for Windows and macOS.

CamStudio is open-source software which is completely free to use for personal as well as commercial projects.

It hasn’t been updated since 2013, and only outputs in SWF format (streaming Flash video) but it does a lot for free. You can record only a portion of the screen if you like, and you can add captions if you’re making a video for Facebook or you just don’t want to record your own voice.

And given that there are plenty of free video converters, you can still produce an MP4 video for free.

Possibly best of all, it won’t watermark your videos like free or trial versions of some competitors, but it lacks the post-capture video editing tools you’ll find elsewhere.

Screencast-O-Matic records your computer’s audio and video and lets you edit the area of your screen that you want to record.

With the free version you can only record 15 minutes of video, and sticks a Screen-O-Matic watermark on your videos.

You can publish your videos in MP4, AVI and FLV formats as well as automatically upload them to YouTube.

The full version costs around £14 per year ($18) and lets you record as much video as you want, and it has the ability to do so in HD and – as you would expect – removes the watermark.

Able to capture both screenshots and video of your desktop, Icecream Screen Recorder is a modern app which has both a free and paid-for version.

It can output MP4 videos, records audio from your laptop or PC’s mic, and can also overlay video from a webcam so people can see who you are as you guide them through whatever it is you’re doing.

You can draw on the screen as you record, too.

However, if you stick with the free version (which is only for personal projects) you’re limited to 10-minute recordings in WEBM format and you don’t get the full range of editing options either.

SnagIt is a big update on previous versions of the screen capture software. It’s made by the same company as Camtasia, and even though it’s primarily a screenshot tool, it can now record and edit video.

This sounds like it’s competing with Camtasia, and to a large degree it is, as long as your capture and editing demands aren’t too great.

And although not free, it’s considerably more affordable than Camtasia at £46/$49.95 inc VAT from TechSmith. Plus, there’s a free trial so you can see if it does what you need before shelling out.

Steps Recorder has been built into Windows since Windows 7 and you can use it like a screen recorder to get help troubleshooting a problem… or even make your own How To guides. You’ll find it if you search for Steps recorder in the start menu

Unlike other screen recorders it doesn’t output a video, since it’s mainly designed for troubleshooting Windows problems –it’s full name is Problem Steps Recorder. What you get when you hit Stop is a series of screenshots and captions which explain exactly what you did in that step.

So, on this basis, it may not be what you’re after at all, but if you do want an easy way to take a series of screenshots, it’s certainly convenient.

For a step-by-step guide, see How to use Windows Steps Recorder