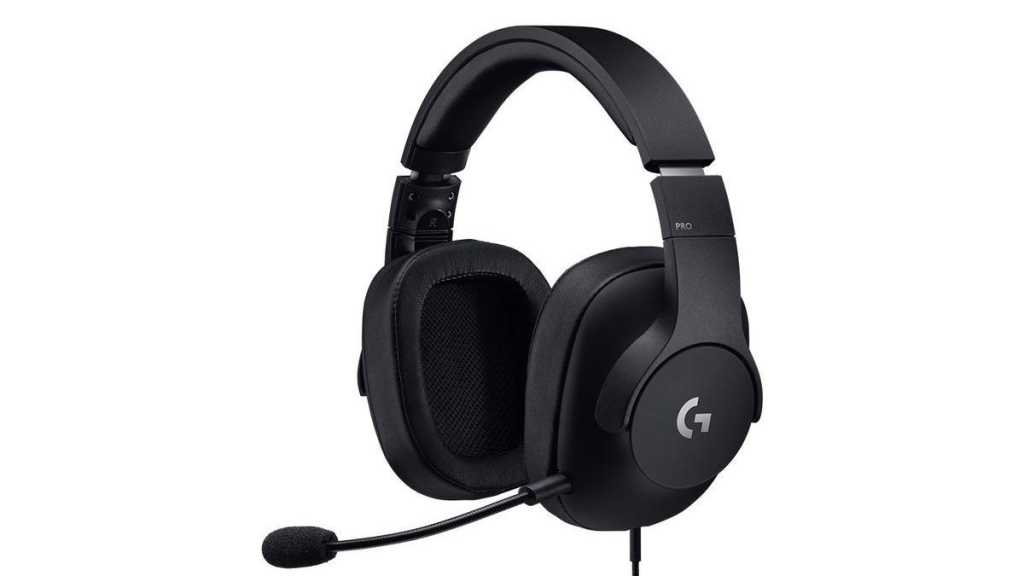 The PlayStation 4 is a fantastic console with some phenomenal games, whether you buy the regular/Slim or Pro version. That doesn’t mean that it can’t be improved though, and there’s a massive market for PlayStation 4 accessories designed to improve your gaming. From new controllers to headsets, VR to SSDs, there’s no shortage of ways to take your PS4 to the next level.

One of the biggest areas for improvement is in audio, as the in-ear headset that comes in the box is unlikely to keep players satisfied for long, with thin audio and a crackly mic. With that in mind, we’ve rounded up the best headsets we can find for the PS4 that should keep your online trash talk crisp and clear. 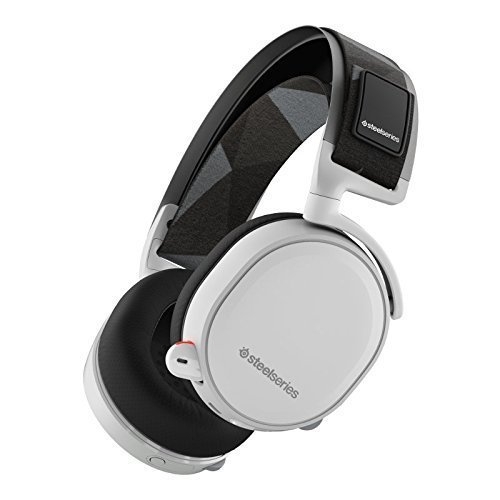 Gaming headsets have a tendency to lie a little on the garish end of the spectrum, so it’s a relief to find the SteelSeries Arctis line, which actually looks like something we’d be happy to wear in public.

Beyond the slick design, the Arctis headsets offer crisp, clear audio and a retractable microphone. They’re also among the most comfortable headphones we’ve ever worn, sitting lightly on the head and feeling comfortable and airy even at the end of a marathon Destiny session.

All three models feature the same 40mm audio drivers, so picking your version is a matter of balancing price and features. The Arctis 3 is the base model, the Arctis 5 throws in a USB connection and configurable lighting, and the Arctis 7 switches to 2.4GHz wireless input (and ditches the lights).

The 5 and 7 also both include a ChatMix dial to control game/chat volume, but it’s worth noting that this only works on PC, not on PS4 – as does the 7.1 surround sound. Still, even without those features, the Arctis headsets offer tremendous quality and comfort for their price. 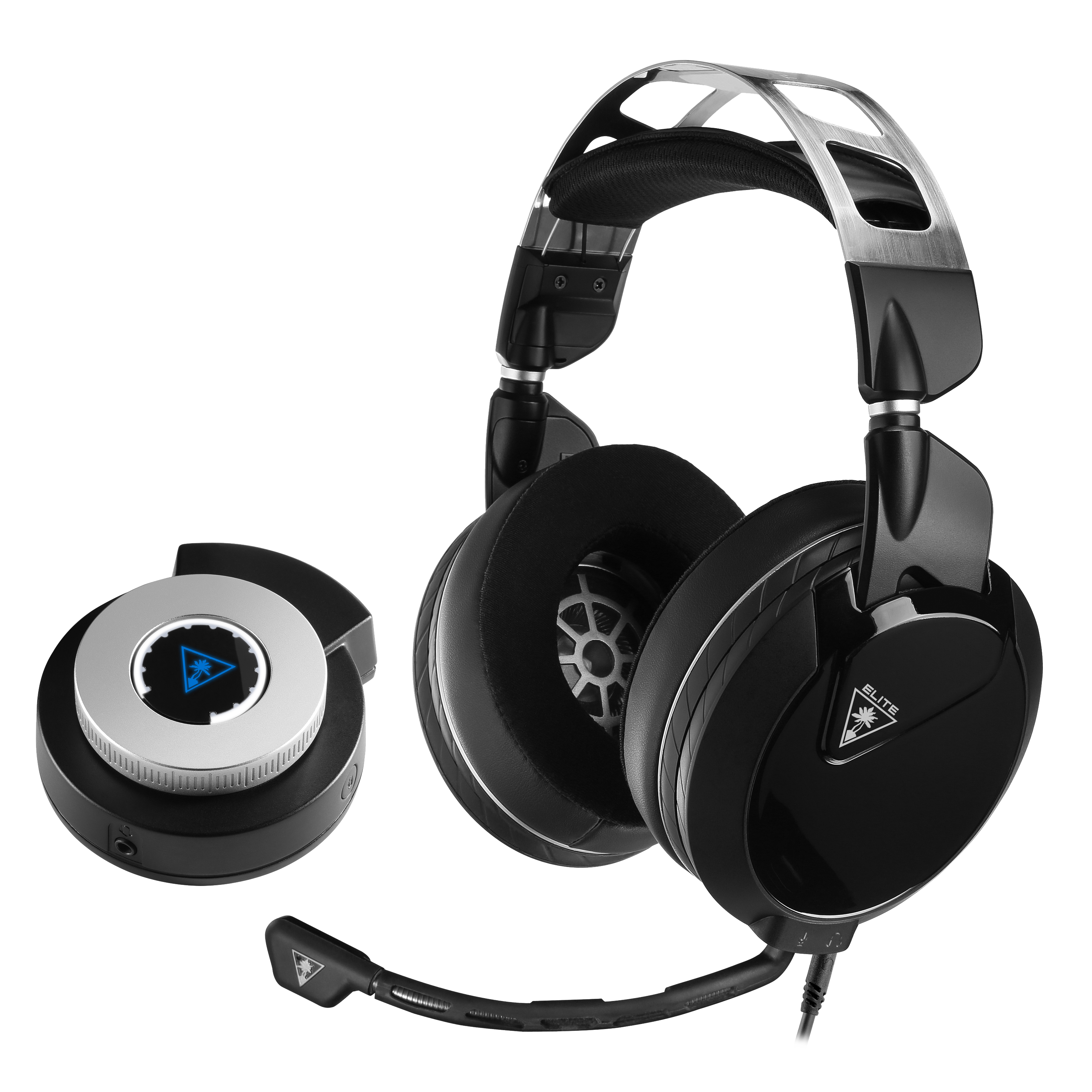 If you’re looking to get seriously competitive, and don’t mind splashing some cash to do so, you might want to look at the Turtle Beach Elite Pro 2. Designed for tournament play, it’s seriously comfortable thanks to Aerofit cushions, and boasts deep, impressive audio with a crisp, clear microphone. The only real downside is that it’s exclusively wired, not wireless.

It’s paired with the SuperAmp which uses a combo of USB and optical out to get the best possible quality audio – though will happily use the optical out from your TV if you have a PS4 Slim. It’s Bluetooth-enabled and smartphone app-controlled, allowing you to take calls without taking the headset off. 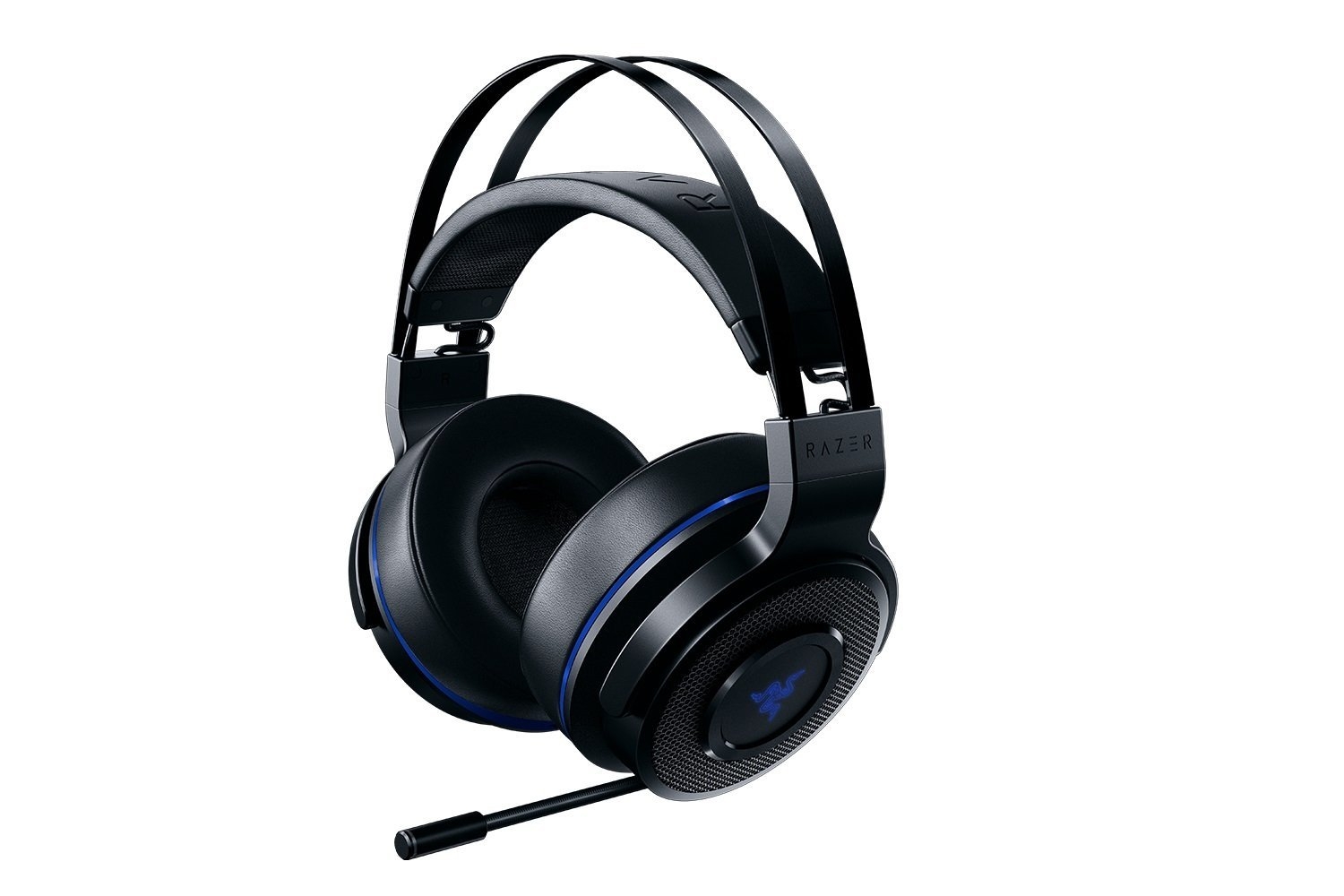 The Thresher Ultimate is Razer’s premium headset for the PlayStation 4 (though it works on PC too), offering top of the line features – and a price to match.

The headline feature here is Dolby 7.1 surround sound – something we’ve seen in other gaming headsets, but rarely done so well. The Thresher Ultimate’s 50mm drivers offer punchy, crisp audio, and paired with the Dolby tech there’s an impressive sense of 3D space.

It’s worth noting though that the Dolby 7.1 requires an optical audio connection. That’s fine if you own an original PS4 or a Pro, but PS4 Slim owners might be out of luck, as Sony dropped the port from that model. Check if your TV has optical audio pass-through, or invest in an HDMI/optical splitter – otherwise you’ll be stuck with the headphones’ basic audio, which is solid but hardly worth the asking price.

The Thresher Ultimate headset is wireless, but comes with a USB-powered base that handles the optical connection and charging the headphones (which should last around 16 hours on a charge). This is a discreet black box that can sit on top of your console – or, cleverly, slots into the base of the included headphone stand so you can hang the headset up between uses.

There’s a retractable microphone that offers stable positioning and clear audio, along with volume and mic controls on the headset itself. It’s big enough that it could never be called subtle, but the design is sleek and refined, and despite the size it’s light and comfortable for hours – even with glasses on.

The price is the biggest challenge – many players will bristle at the prospect of paying this much for a headset, but if you can afford it, this is one of the best around. 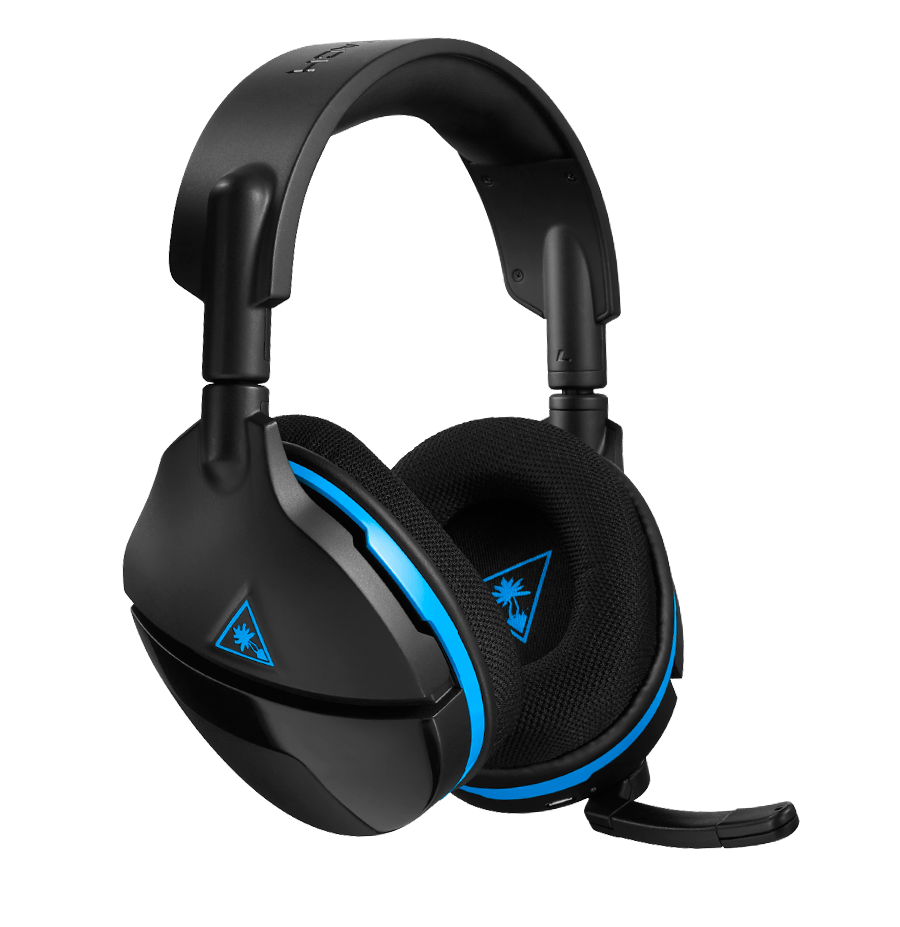 The Ear Force Stealth 700 is one of the most convenient Turtle Beach gaming headsets for PS4 players, offering wireless capabilities without a compromise on sound quality or features.

The headphones automatically connect to your PS4 or PS4 Pro via USB dongle, negating the need for any wires when you’re gaming. But despite being battery powered (charged via microUSB cable), the Stealth 700 offers both active noise cancellation that’ll stop background noise from distracting you in intense firefights to the inclusion of Turtle Beach’s own ‘Superhuman Hearing’.

Superhuman Hearing is an impressive feature that can give FPS gamers the edge when playing online. At the touch of a button on the side of the headset, the headset magnifies sounds like footsteps and guns reloading, allowing you to react to incoming attacks before they begin firing.

The headset also boasts DTS Headphone:X 7.1 surround sound technology, allowing you to precisely pinpoint where that explosion or barrage of bullets came from. The audio quality is, of course, impressive with crisp clear highs and booming bass, perfect for gaming.

Despite all the built-in tech, the headphones still offer around 15 hours of playback before requiring a charge.

Even though the headset is designed for PS4 (there’s an Xbox One variant available too), it offers Bluetooth connectivity and an app for iOS and Android. This allows you to stream music from your phone and answer calls while gaming and also allows you to tweak your audio settings on-the-fly from the app.

It’s an impressive gaming headset that could double up as a decent pair of headphones for use, thanks to the relatively understated and stylish design and Bluetooth connectivity. Two birds, one stone. 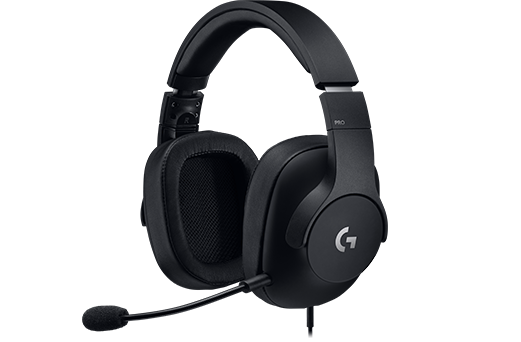 The Logitech G Pro headset is a great all-round gaming headset that doesn’t break the bank. The shell is made of a lightweight polymer and a soft-to-the-touch leatherette strip on the headband makes it more comfortable to wear over long periods.

Also made from a premium leatherette material with soft foam padding, the large over-ear ear cups provide not only extra comfort, but also work to create a seal around your ears to provide passive noise cancellation – up to 50 percent more than if another material was used, according to Logitech.

You can also use the G Pros as your go-to headphones thanks to the inclusion of a 3.5mm headphone jack.

For the price, the Logitech G Pro headset is a hard one to beat. 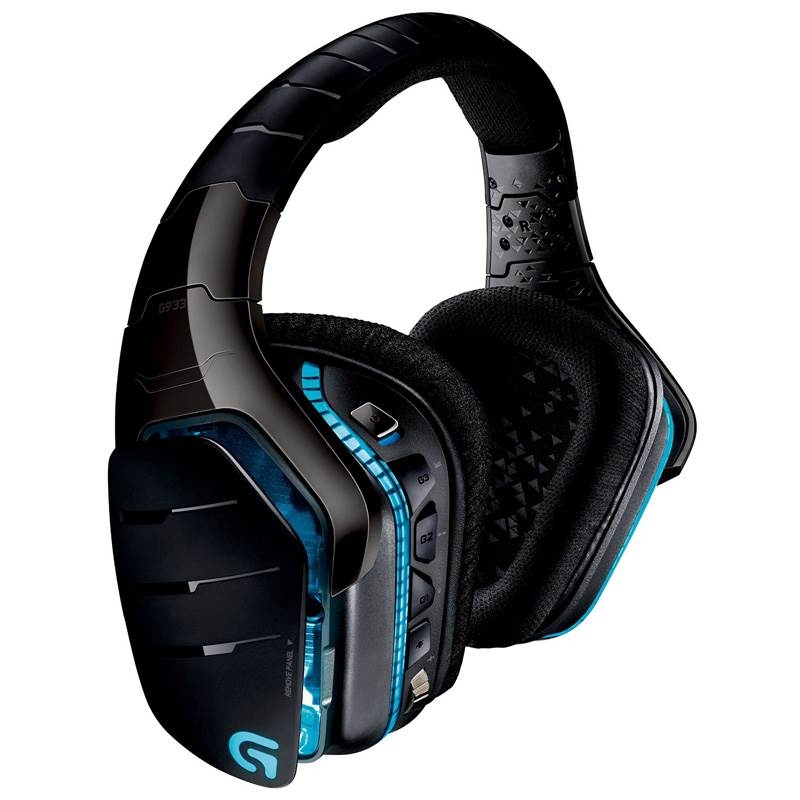 The Logitech G933 Artemis Spectrum is a fantastic wireless headset for both PC and console gamers.

The headset’s design is comfortable and passively blocks out external noise – it’s ear cups can be removed and washed if needs be. The headband is adjustable and the cups rotate, meaning you can be comfortable while wearing it for long gaming sessions.

The headset also sports fully programmable G keys on the headset’s frame. Through Logitech’s software, you can customise these buttons to perform simple tasks or open up programs on your computer! There is a scroll wheel for volume control and a non-programmable mic-mute button.

Its sound quality is very good for its price – lows extend well into the sub-bass region, the mid-bass has a good slam while the mids are forward-sounding albeit a little recessed due to the slam. The highs extend well and provide a nice sparkle at the top end. Its soundstage is one of its key attributes, with a wide and deep soundstage, the headset is ideal for gaming. 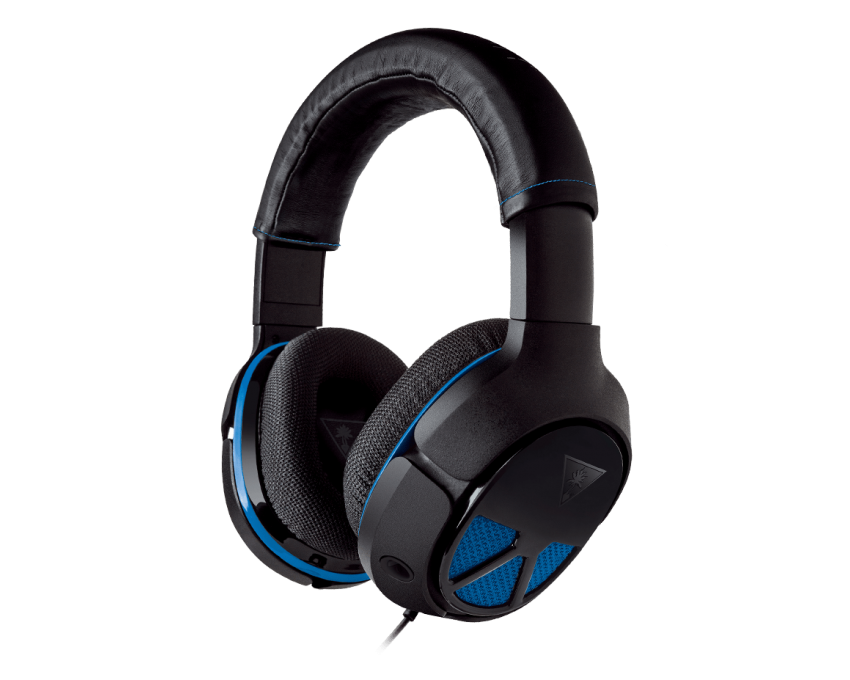 If you’re looking for something on a budget, we suggest the Turtle Beach Recon 150s. The headphones are compatible with PS4 (along with PC and any 3.5mm-enabled smartphone) and sport more of a rugged, robust design than other headphones in our roundup.

It features a leather-wrapped headband and fabric-wrapped earcups that allow your skin to ‘breathe’ and negates any kind of sweatiness during long gaming sessions, no matter how intense they may be. But despite the soft fabric, we still felt they were a little tight around the ears.

The 150 may not be wireless but it’s easy enough to plug into the 3.5mm headphone jack present on PS4 controllers, and also features in-line controls that provide mic and volume controls.

Audio quality is decent for the price, and should be more than enough to hear your enemies sneaking up on you when playing Battlefield or Call of Duty, although it lacks the clarity present in more expensive headphones.