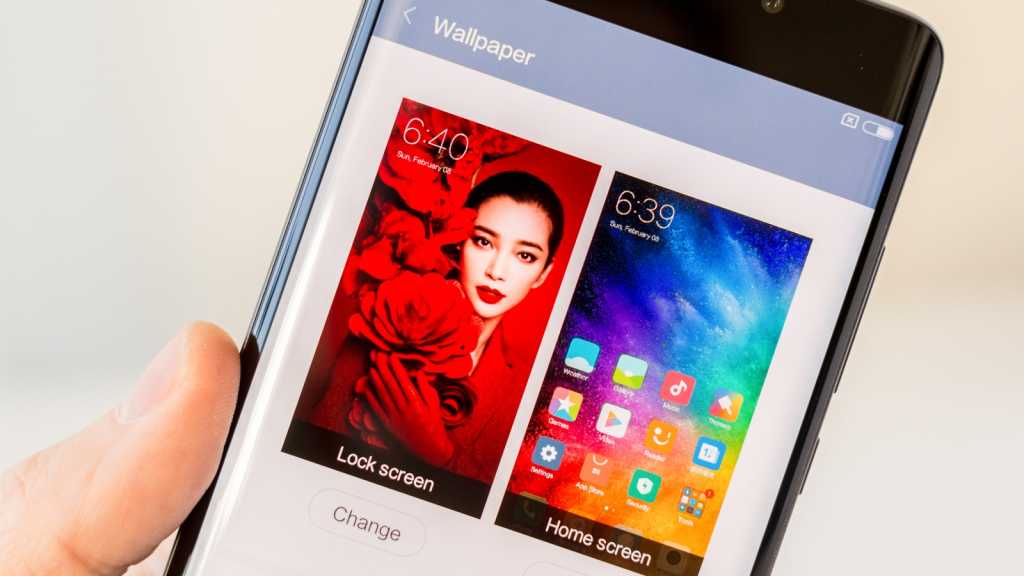 Android is today every bit as easy to use as iOS, and most users will be familiar with the standard interface no matter which version of the OS they use. But every so often you pick up a phone that looks and feels completely different, a phone to which the manufacturer has applied its own skin. Google, too, talks about presenting Android as it should be in its Nexus and Pixel devices, so what is the difference between all these UIs?

In this article we look at some of the most common and notable departures from standard Android, and what you can expect as a user of that UI. The four big ones we cover here are TouchWiz, used by Samsung, Xiaomi’s MIUI, OnePlus’ OxygenOS and Huawei’s EMUI. These are just a handful of the custom Android UIs out there, but they will give you a taste of what to expect from a custom UI. Also see: Best Android phones and best Android tablets

If you have a Samsung Galaxy smartphone or tablet then the Android user interface, or skin, is called TouchWiz. A year ago we would have told you it was very different to stock Android, but Samsung has since taken steps to streamline its UI and make it less of a burden on resources.

Samsung has come under criticism over the year for TouchWiz being a little over complex and busy. Luckily it has seen sense and cleaned it up with a more minimalist look and feel, fewer preinstalled apps and improved overall performance.

That said, it’s still packed with handy features – many of which are now finally part of stock Android – such as Multi-window, which lets you can run two supported apps side-by-side, and Themes. We also like the useful and customisable notification bar and the intuitive Settings menus. Some features, however, are hidden away in said menus like Smart Stay and various gestures.

It might not be our favourite, but it’s certainly no longer the case that we’d actively avoid TouchWiz.

MIUI 8 is the custom Android UI used by Xiaomi in all its devices, and is based on Android 6.0 Marshmallow. It’s quite the departure from standard Android, though, with no app tray, a re-ordered Settings menu, and Xiaomi’s own apps in place of Google ones – in fact, there’s no support for Google Play at all out the box.

That isn’t a reason to avoid MIUI, provided you’re comfortable with using Xiaomi’s apps or with sideloading apps and installing Google services yourself. This is easily achieved by sideloading the Google Installer APK, but removing or replacing all the Chinese-language apps, notifications and even keyboard can take a little longer.

MIUI 8 has a lot of great features to recommend though, and although we find the lack of an app tray odd it’s something that may appeal to switchers from iOS for its familiarity. Given how large phone screens are getting these days, one of our favourites is the One-handed mode, which can shrink the screen to 3.5-, 4- or 4.5in, and move it to the left or right side of the display to suit both left- and righthanded users. This goes hand in hand with the Quick Ball, which places onscreen a movable icon that gives you quick access to back, home, screenshot and other options.

This UI is easily cutomisable by the user, with multiple Themes to choose from. You can also tweak the screen colours and contrast, change the font and text size, customise the ordering of the buttons below the screen, the colour and behaviour of the notifications LED and more.

The drop-down notification bar has been redesigned in MIUI 8, with new quick access icons running along its top. Xiaomi has also introduced some new features such as double-tap to wake, Second Space (which creates a separate space on your phone), individual App Lock and support for Mi Wallet mobile payments. There are enhanced video-editing tools, and some new photo features that allow you to add doodles to stickers and quickly share snaps. We’re particularly interested in the new Dual Apps feature, which taps into the dual-SIM advantages of all Xiaomi phones by allowing you to run two instances of all apps. So, for example, you could run a version of WhatsApp for each phone number.

You might also like: How to buy Xiaomi devices in the UK and our Xiaomi Mi Note 2 review and Xiaomi Mi5s review

Huawei- and Honor-branded devices feature a custom Android skin called Emotion UI, or EMUI for short. While some skins strive to be as close to stock Android as possible, Huawei’s option has been, historically, as far from stock as you can get – until now, anyway. The completely overhauled EMUI 5 looks to fix long-time complaints like the lack of an app tray, and an over-complicated interface.

Huawei prides itself on the fact that you can reach 93 percent of all functions of an EMUI 5-enabled smartphone within three taps, a huge change when compared to the confusing EMUI 4. It’s much cleaner and crisper too, featuring a rather attractive blue-and-white colour combination throughout the OS and within Huawei’s own apps too. It also brings a miss-touch feature that doesn’t register accidental taps, but this is exclusive to the only curved screen Huawei smartphone, the Porche Design Mate 9.

The most impressive feature of the software? Huawei claims that EMUI 5 can keep the performance of the smartphone up regardless of how often you use the phone. It does this by using an algorithm that learns how you use your phone to make sure there’s always enough resources to run the apps you use most often. This is done via a combination of smart CPU management, storage defragmentation, memory compression and GPU acceleration thanks to native Vulcan support. The company has gone as far as to say that it could even perform better than originally after a year of use, more than enough time for EMUI 5 to optimise the smartphone for you.

OnePlus handsets run a skin called OxygenOS. While its smartphones run closer to stock Android than most, the company’s version of the OS is clean, crisp and easy to use. Much remains the same; the app tray, notifications and menus are only slightly changed in appearance, but there is a unique text messaging app rather than Google’s standard.

The latest version (3.5) runs on the OnePlus 3T and is a modification of Android Marshmallow, though this will be updated to Nougat in December 2016. A swipe right from your home screen gets you to the handy Shelf where you can type a memo, see your recent contacts, apps and more.

OxygenOS also gives you tweaked versions of the Gallery, Music, Weather and file manager apps, and you can resize and customise the appearance of all app icons on the home screens and app tray. Pair this with a dark or light theme to suit your mood and change the entire feel of the user interface. The overall effect is slightly warmer than the sparseness of fully stock Android.

A neat trick also is the App locker that lets you assign fingerprint entry into certain apps you want to keep private even if your phone screen is unlocked. Overall its a pleasing OS to use with absolutely no bloatware, lightning fast responsiveness and thoughtful tweaks rather than ones made just for the sake of change.

What is LG UX?

For a long time LG’s operating system was known as Optimus, but it seems to have quietly dropped that branding and pushed LG UX, which is cooler, obviously. On the LG G6, the skin has been refined to its best ever form.

The G6’s taller screen  means LG has tweaked the UI to display more on screen, and the pastel colours and graphics add to the playful nature. It’s less po-faced than TouchWiz or EMUI.

Running as it does from Android Nougat, it also incorporates Google Assistant excellently, while the rounded corners of the G6’s display are mirrored in app icons, animations and general thoughtful changes to interaction. The notification panel in particular is intuitive and clear. Split screen multitasking is also a treat with LG UX.

You can have an app tray or an iOS style grid, while menus and customisation feel uniform but also not as on-rails as it used to. There’s a blue light option called comfort view too, though you can’t set it to timed usage.

Coming from other operating systems, you should find LG UX easy to get on with. We expect current LG devices such as the G5, V10 and V20 to receive updates to the latest version soon.