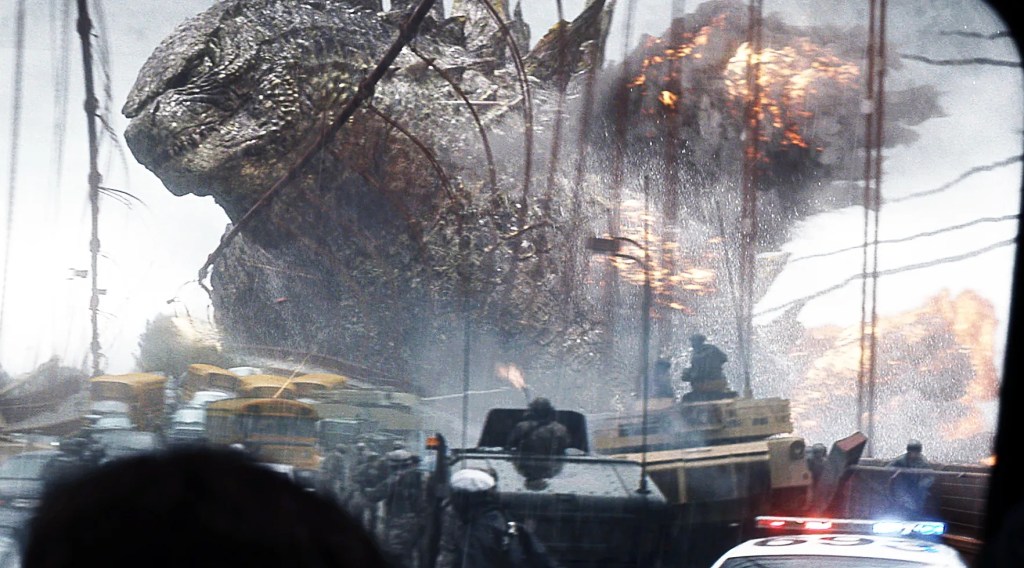 Amazon Prime is easily Netflix’s biggest streaming rival in the UK, but many people don’t realise that when it comes to movies, Amazon has the big N beat hands-down.

Amazon’s library is bigger but also better, with a wide array of blockbusters bolstered by Oscar favourites and a genuinely fantastic line-up of indie and arthouse fare too – some of the best films of the last few years have boasted an Amazon Original logo. That’s not even mentioning the fact that Amazon recently acquired the studio MGM, and so currently has streaming rights to all the Bond films.

Every single one of the films we’ve picked out here is currently included for free as part of the Prime subscription service, but if you’re not a subscriber then you can always rent or buy a digital copy directly from Amazon too.

If you’re looking for more inspiration you might also want to consider subscribing to one of the Amazon Prime Channels: these are add-on subscriptions for your Prime account that give you access to films from rival apps like Mubi or BFI Player, along with other films selected from distributors like Arrow Entertainment or MGM, which you can then watch from within the Amazon Prime interface and apps.

Got a favourite we didn’t include? Let us know in the comments, and we’ll be updating this piece regularly as the Amazon Prime film library changes.

Don’t have Prime? Take a look at our complete guide to Amazon Prime to find out more about the service and how to sign up.

Watch The Babadook on Amazon Prime

This low-budget Aussie horror became an online sensation, and for good reason. Jennifer Kent’s directorial debut centres around the children’s book of your nightmares, but it’s not really about the book or the Babadook that haunts it. Instead grief, motherhood, and mental health run rampant in a film that’s almost as stressful when its monster is off the screen as when it creeps onto it.

This stop-motion animation is Wes Anderson’s take on a family film: anarchic, oddball, but consistently charming. George Clooney is the smooth-talking Mr. Fox, joined by a cast of Anderson regulars in a film that loosely adapts the classic Roald Dahl book. This is no Disney cartoon, but it’s a beautiful film no matter your age.

Michael Mann’s action opus is a classic for good reason – and not only for infamously pairing Al Pacino and Robert De Niro, who in reality share mere minutes of screen time. Instead it’s the sheer tension running through Heat that makes it unforgettable, as De Niro’s crook and Pacino’s cop dance around each other in the run up to the final act, uncertainty balanced delicately with inevitability as you try not to think about how this is likely to play out.

After the runaway success of Call Me By Your Name, Luca Guadagnino could have made almost any film he wanted – so he did an about turn from that sweet, hesitant romance and straight into abject horror. His remake of ’70s giallo classic Suspiria is nothing like the original – which is also on Amazon right now – but is a moody, meditative horror that uses a hypnotic Thom Yorke soundtrack to lull you into an almost trance-like state – before jolting you out with some striking moments of violence.

An action classic that’s earned its reputation, Con Air sees Nicolas Cage as a former Army Ranger who winds up trapped on a hijacked plane filled with convicts making an aerial run for the border.

It’s a genius set-up, and one that the film only builds on, with rampant set pieces and a cast full of Hollywood greats taking every opportunity to chew through all the scenery they can find.

Amazon probably spent a lot to secure exclusive rights to Borat 2, released just ahead of the 2020 US presidential election as Sacha Baron-Cohen’s not-exactly-Kazakh reporter Borat returns to the States to explore life in the time of coronavirus. It’s not quite up there with the original, but it’s damn close, and more cutting in its politics than ever before.

Look out for the follow-up mini-series, Borat Supplemental Reportings Retrieved From Floor of Stable Containing Editing Machine, containing outtakes and deleted scenes from the film.

Everything Everywhere All at Once

Watch Everything Everywhere All at Once on Amazon Prime

Pity poor Doctor Strange 2, which had the misfortune to be 2022’s other multiverse movie. Because fun as the Marvel caper is, this Michelle Yeoh flick beats it in every dimension. Surprisingly excellent action is combined with sharp wit, impeccable casting, and an emotional through line likely to leave crying real tears whenever you’re not busy crying with laughter.

No Time to Die

Watch No Time to Die on Amazon Prime

Amazon has all the Bonds, but right now you probably want to watch the latest, and Daniel Craig’s swansong.

Destined to be controversial, and not only for its ending, this is a big, brash Bond movie, but one that equally does its best to delve into just what makes the superspy tick.

Dawn of the Dead

Watch Dawn of the Dead on Amazon Prime

Night of the Living Dead may have come first, but Dawn of the Dead is surely Romero’s zombie magnum opus. A darkly comedic attack on consumerism – and its use to placate society – the film as much horror as social commentary, something slightly lost in Zack Snyder’s otherwise fun remake a few decades later.

If you enjoy the movie, you can even watch it all over again – right now Amazon Prime also offers the film’s extended cut with extra footage, and the European cut edited by none other than horror legend Dario Argento – who just happened to direct the original Suspiria.

This slick thriller from director Paul Feig (of Bridesmaids fame, among others) finds tense uncertainty in an unexpected place: suburban mums.

Anna Kendrick’s homely vlogger is caught up in the sudden disappearance of Blake Lively’s not-so-homely fellow school mum, as the film builds towards genuinely tense mystery without ever giving up its sharp sense of humour.

Tobe Hooper’s Texas Chainsaw Massacre is an undisputed horror classic, and one of the founding fathers of the genre. Like most of the classics it’s been beleaguered by dodgy sequels and remakes, but the first film is as shocking as ever – and not quite as unremittingly gory as you might expect from the name.

Skip the iffy Ethan Hawke 2005 remake – though it’s on Netflix UK right now if you really insist – and instead head to Amazon for John Carpenter’s moody ’70s classic. Cops, criminals, and civilians find themselves under siege together in a near-abandoned precinct, and things understandably get a little heated.

Like most early Carpenter, the score is worth the price of admission alone, but fine performances and tense plotting make it a must-watch.

The Green Knight may be based on an Arthurian legend, but don’t expect a rollicking adventure. Instead, this is an arthouse take on the tale of a young knight sent out on a doomed quest in the name of honour. Immaculately shot and perfectly cast, this is the round table as you’ve never seen it before.

Yes, this is a documentary about sushi making, but bear with me – it’s worth it. Jiro is the proprietor-chef of one of Tokyo’s most acclaimed sushi restaurants, the kind you have to book months ahead – and that was before he shot to worldwide fame thanks to this film. Here he outlines the philosophy and art behind his food, and the exacting approach that’s made him a master – and strained his relationship with his sons.

Kumail Nanjiani stars in this rom-com adapted from his own life, which sees a relationship in its early stages shaken by serious illness. You just have to look at Nanjiani’s real-life marriage to know the film has a happy ending, but along the way it’s a smart comedy that’s refreshingly honest and free from the standard Hollywood cliches.

Director Edgar Wright broke away from his Shaun of the Dead patter with this, a tense crime…musical?

Ansel Elgort is the getaway driver who inevitably falls for a girl and tries to get out, but the by-the-numbers plot plays second fiddle to the electric set pieces, all tightly choreographed to Wright’s carefully chosen tunes.

Cruise plays against type as a cowardly, hapless media type drawn into real combat in humanity’s desperate war against alien invaders – before finding himself trapped in a time loop, with only Emily Blunt’s more capable soldier able to help him break free, and just maybe save the day.

Groundhog Day has had a lot of imitators over the years, but Palm Springs is almost certainly the best of them. Andy Samberg (Brooklyn 99) is a wedding guest stuck in a timeloop who accidentally drags the bride’s sister – Cristin Milioti (How I Met Your Mother) – into the same mess.

Morfydd Clark’s Maud is a young live-in nurse assigned to a new patient, a former dancer who still lives a gregarious life even when home-bound. But Maud seems to have gone to Sunday school with Carrie, and her extreme religious views set her on a collision course with the woman in her care – and that’s all before we start to discover what’s in her past. This is sinister, scary, and very, very smart.

Watch The Wailing on Amazon Prime

If you like straightforward scares and thrills from your horror, then The Wailing might not be up your street. After a string of murders rock a small town, some suspicions turn to the recently arrived Japanese stranger, while others turn to superstition to explain the violence. This Korean thriller is dense with ambiguity to the bitter end, denying the audience any easy answers or comforting resolution, but once it grabs your attention it refuses to let go.