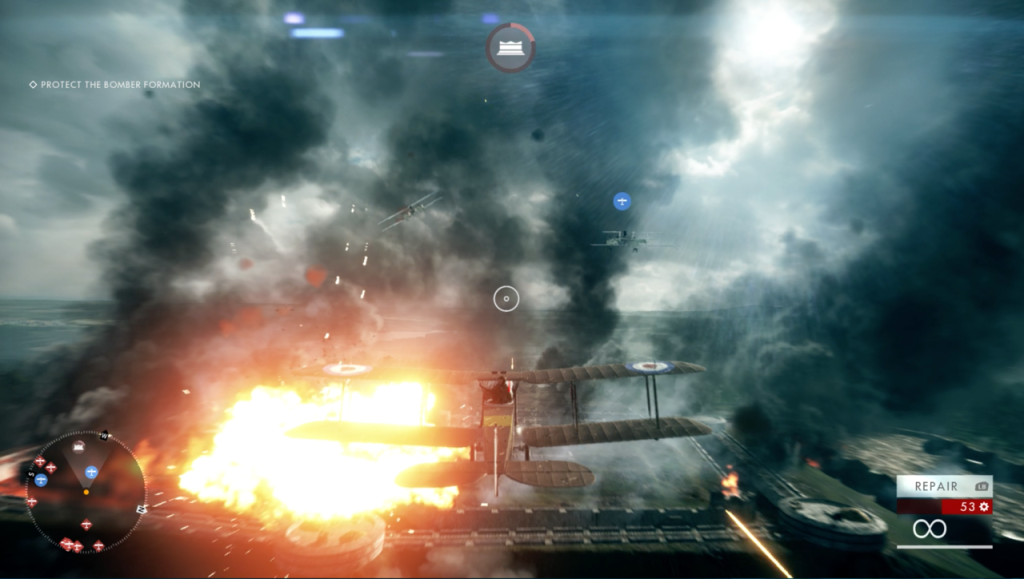 The world of Battlefield 1 is one of death and destruction, depicting the changing style of war with the introduction of planes, tanks and other armoured vehicles, as well as advancements in weaponry.

The multiplayer is hugely popular and is regarded as one of the best multiplayer experiences of 2016 – but how do you become the best when there are so many people playing world-wide? We’ve been glued to Battlefield 1 for a while now, and we’ve compiled a few top tips and tricks to help you get the most out of the Battlefield 1 multiplayer mode. 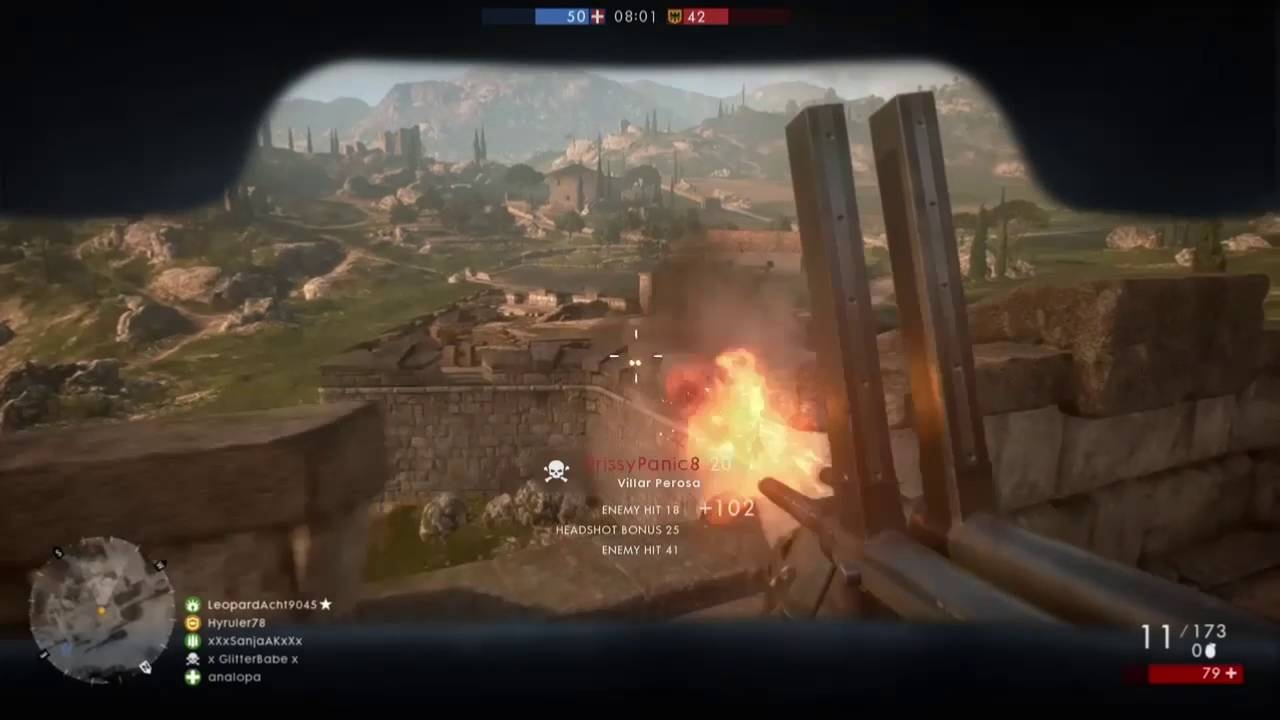 When playing multiplayer, the Elite Class pickups can turn the tide of a match and provide gamers the ability to gain bonus abilities, as well as unlock a new tier of weapons. The weapon you get when collecting an Elite Class pickup depends on the class you select, but you’ll also gain a considerable amount of damage resistance, making you much harder to kill.

To spot Elite Class pickups, simply keep an eye on your minimap in any multiplayer game – an icon will appear when one is nearby. Also, listen out for audio cues like “A Sentry Kit has been spotted nearby” letting you know that an Elite Class pickup is available in your area. 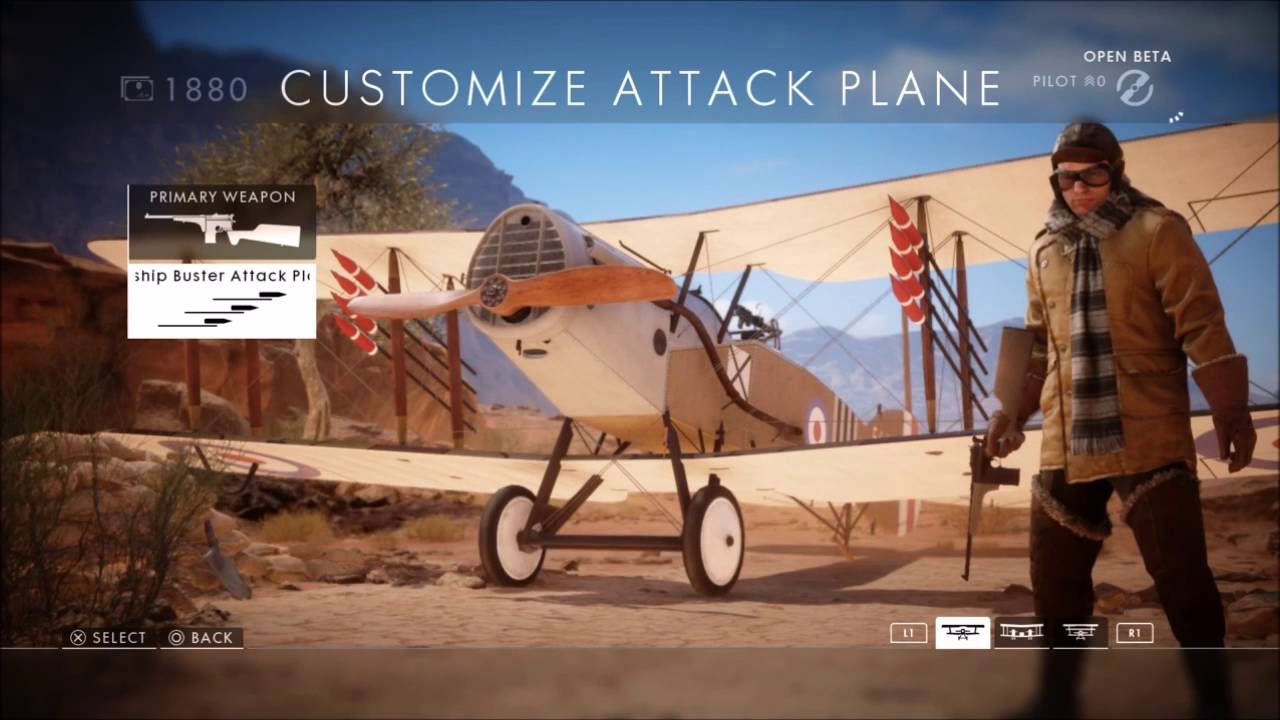 While it’s common knowledge that you can customise your loadout to fit your personal play style, not many people are aware that you can do the same thing to the myriad of vehicles available in the game. This gives vehicles, especially planes, an edge in warfare and encourages users to use vehicles more regularly.

To customise your vehicle, select a vehicle on the Deployment screen and open the customisation menu. From here, you’ll be able to browse through the various upgrades available for the vehicle. 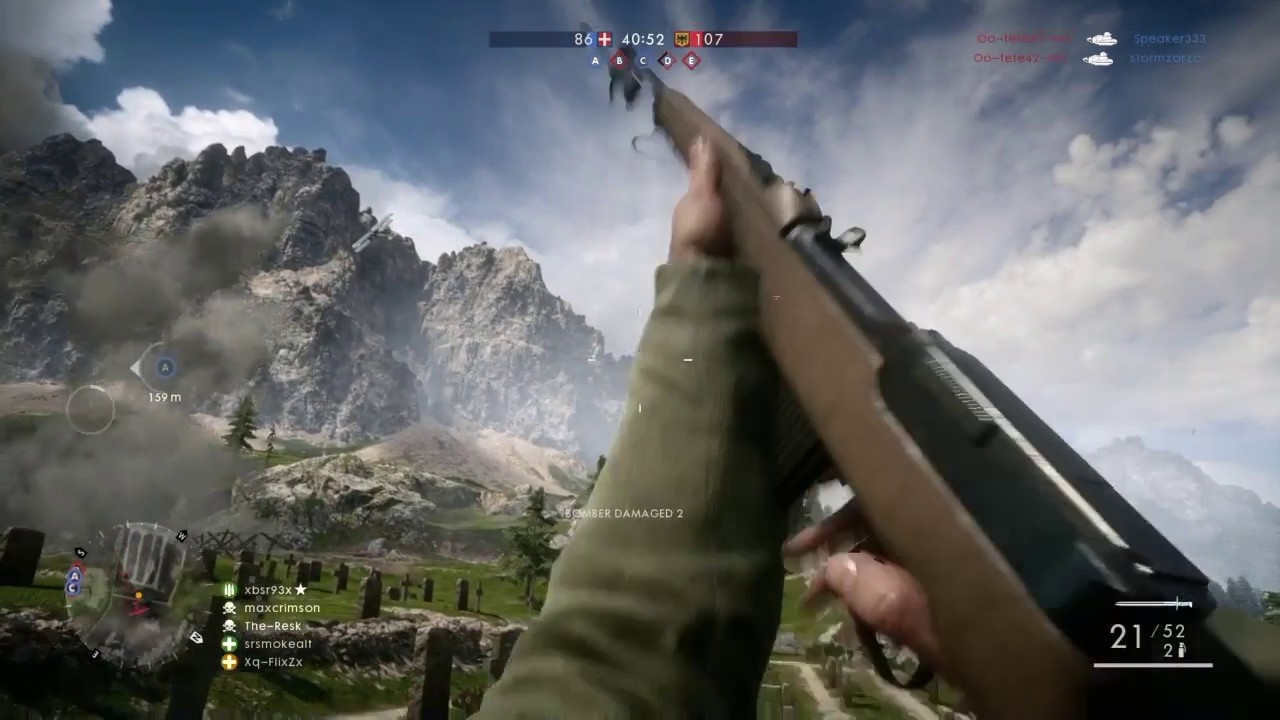 Some multiplayer games offer users a kill log as part of the UI, which lets people across both teams know who has just been killed, by who, and using which weapon. This is useful in a number of ways, as it lets you know whether your death has been avenged or whether that annoying camper is still sniping your team mates, as well as giving you an idea of what weapons/tactics are effective.

While the kill log isn’t enabled by default, it is a feature of Battlefield 1. To enable the kill log, simply click “More” on the main menu, select the “Options” tab and under the “Gameplay” menu, toggle on the kill log.

Read next: Most anticipated games 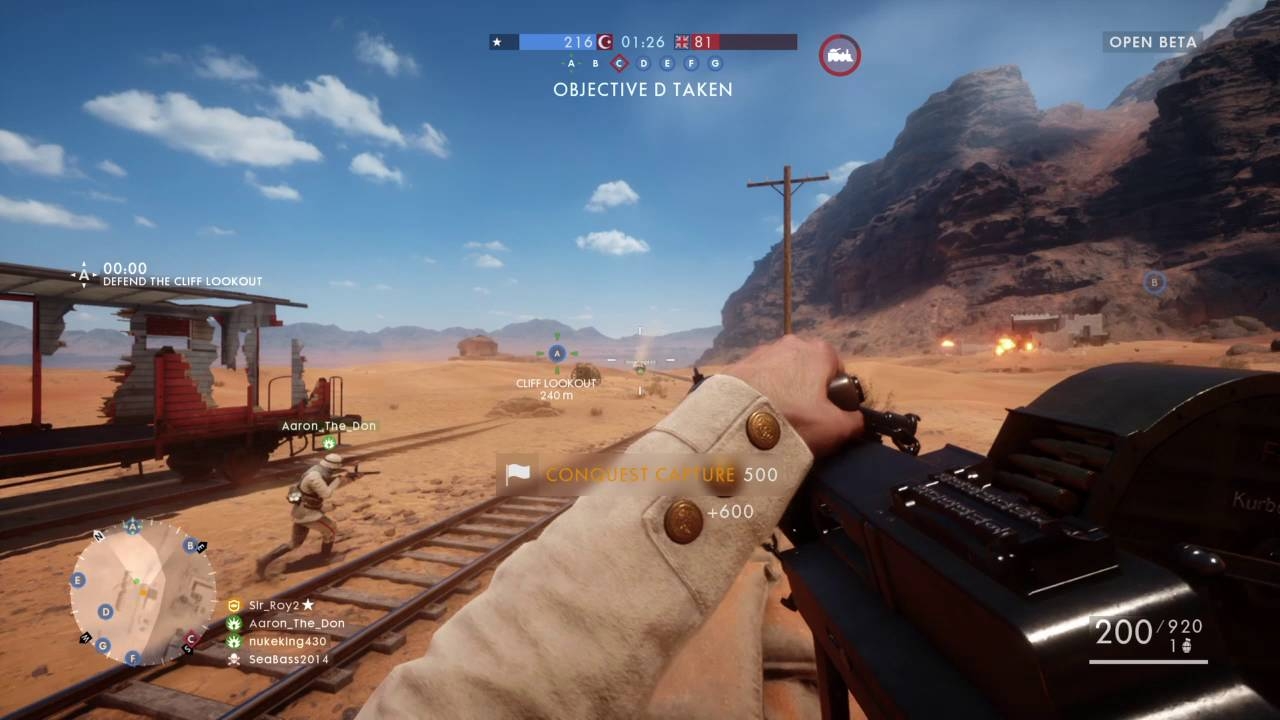 Spotting is a valuable tool in Battlefield 1, as it has been in previous Battlefield games. The mechanic, at its most simple, adds a marker to an enemy that you’ve spotted, allowing you to keep track of their movements for a limited time. Plus, you’ll get points for spotting a player that gets killed – even if you didn’t kill them yourself.

It’s not only players that can be spotted either, as it can also be used to highlight vehicles, artillery weapons and even objectives, as long as you’re the team leader. It’s essentially free points so take a look at your key bindings to see which button you need to press to spot an enemy, and work it into your gameplay style. 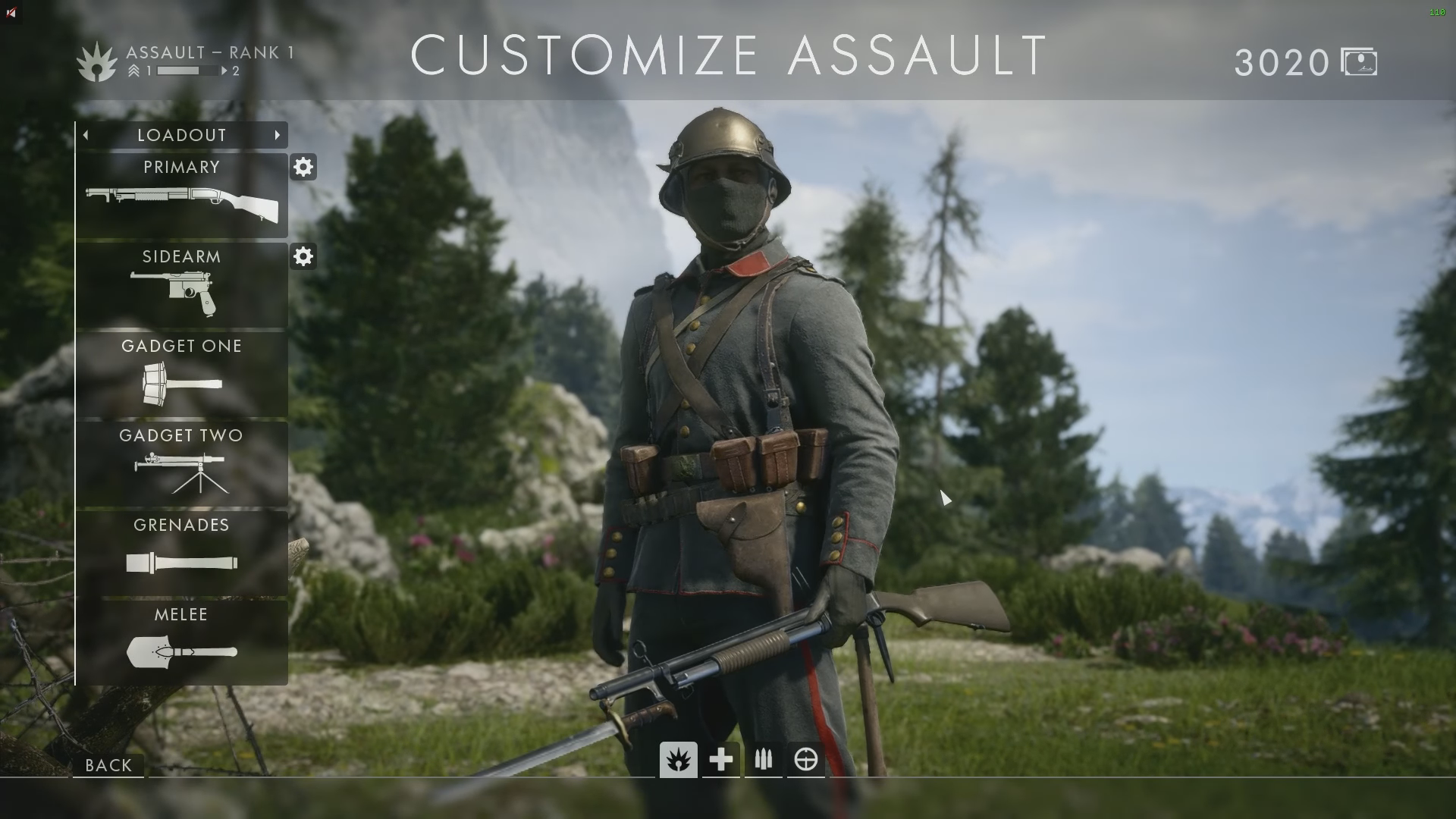 Levelling up your classes is important, even if you prefer not to use that particular class for whatever reason. We suggest that you play all classes until at least class level 3 which should allow access to most, if not all weapons in that class.

You can experiment with the various weapons and if you still don’t like it after that, you’re safe in the knowledge that you still have access to almost all weapons in that class if you change your mind at a later date.

Read next: Call of Duty: Infinite Warfare tips and tricks

Fans of the Battlefield series will understand the struggle of only having a single loadout per class. Even if you like the loadout you have, certain types of enemies or a specific environment may force you to take a different approach and in the past, this means fiddling with your loadout while war wages on without you.

However, Battlefield 1 introduces a new feature, allowing you to have three separate loadouts per class. This means that you can have three different sniper loadouts with different scopes, accessories and equipment designed for different multiplayer maps and scenarios. Simply click the class emblem in the bottom-left hand side of the display on the selection screen, and you should be able to cycle between three loadouts. 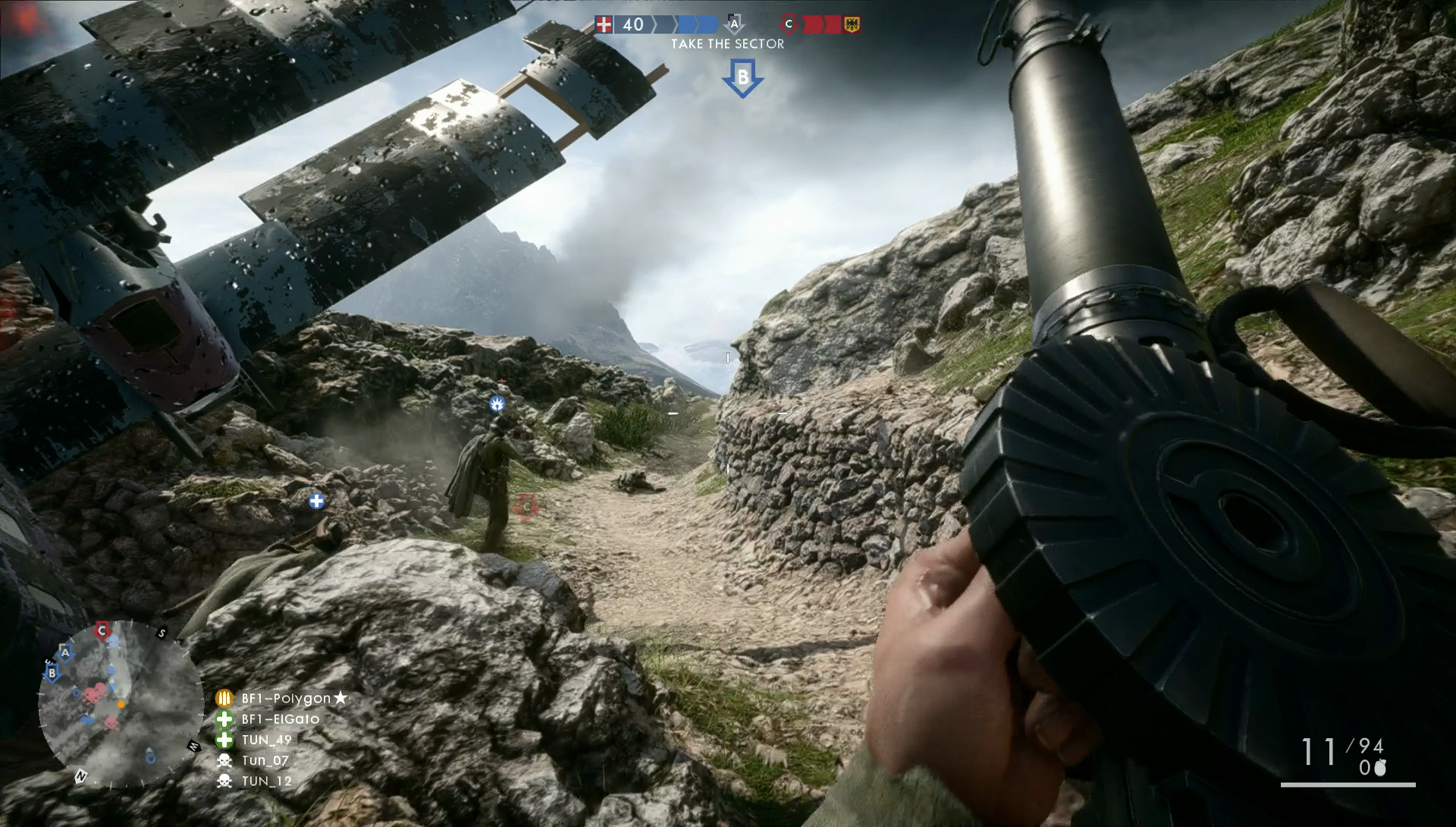 Be creative with your attack. In Conquest or Rush, it’s easy to run directly to the objective and probably straight into the sights of an awaiting enemy but we advise that you stop for a second and observe the surroundings. Battlefield 1’s online multiplayer maps are extremely intricate, and offer multiple routes to any given area, allowing you to plan and execute a successful route without being taken out by the enemy.

Plus, the buildings are destructible so if worse comes to worst, blow a hole in the wall and surprise the enemy!

Read next: Best board games

Battlefield 1 tips and tricks: Use your equipment 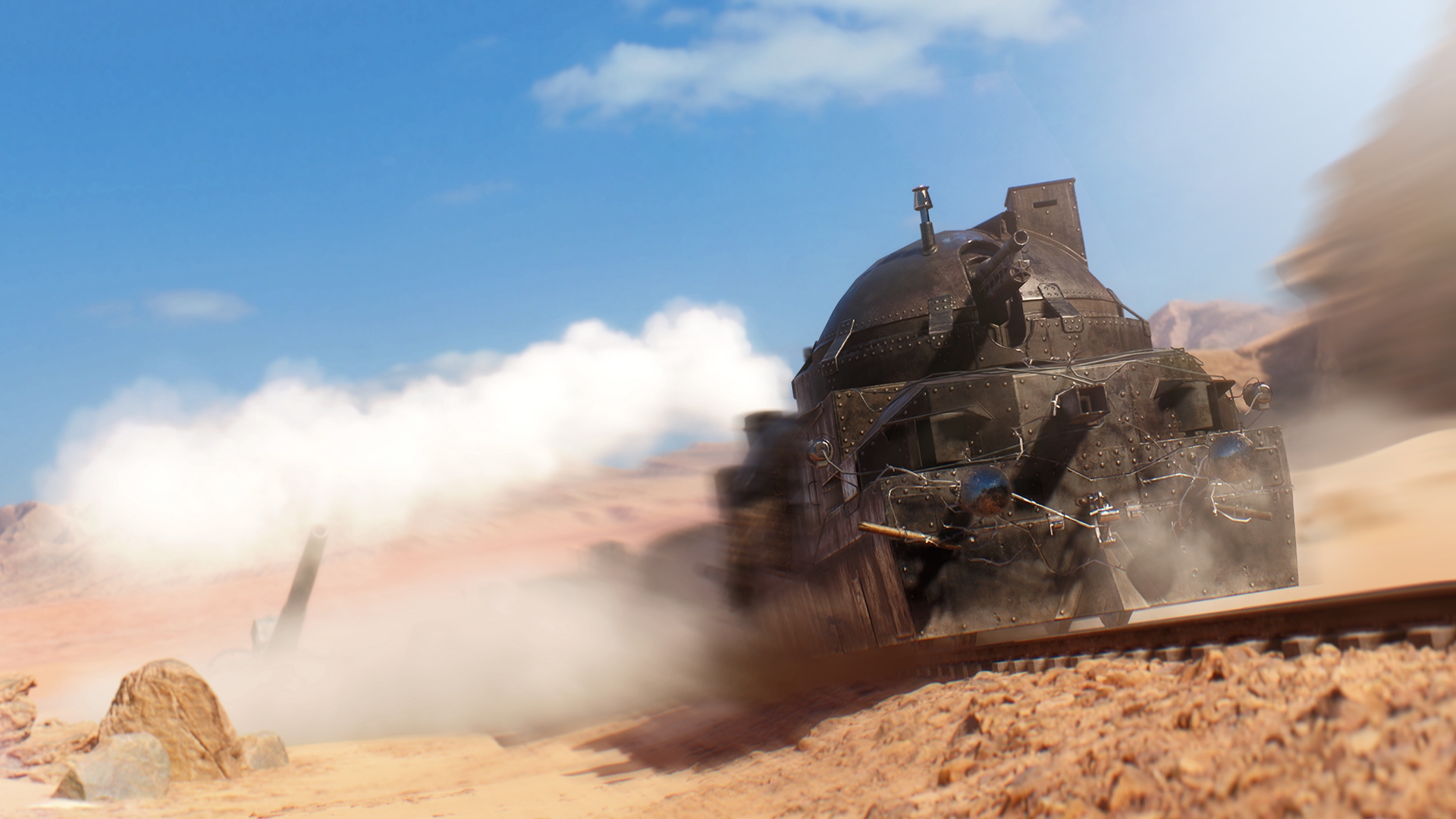 It may sound like an obvious tip to point out, but don’t forget to make the most of the equipment you have. Depending on the class you choose, you’ll be able to provide team mates with support – the Medic class provides the ability to heal team mates, while the Support class can provide extra ammo in fierce gunfights, with both earning you extra points.

As well as class equipment, don’t forget to use your grenades/dynamite/H.E. mines – especially when the Armoured Train appears in certain maps/game types. Laying dynamite or H.E. mines on the train tracks makes them unavoidable, and should help to take out some of the on-board turrets.