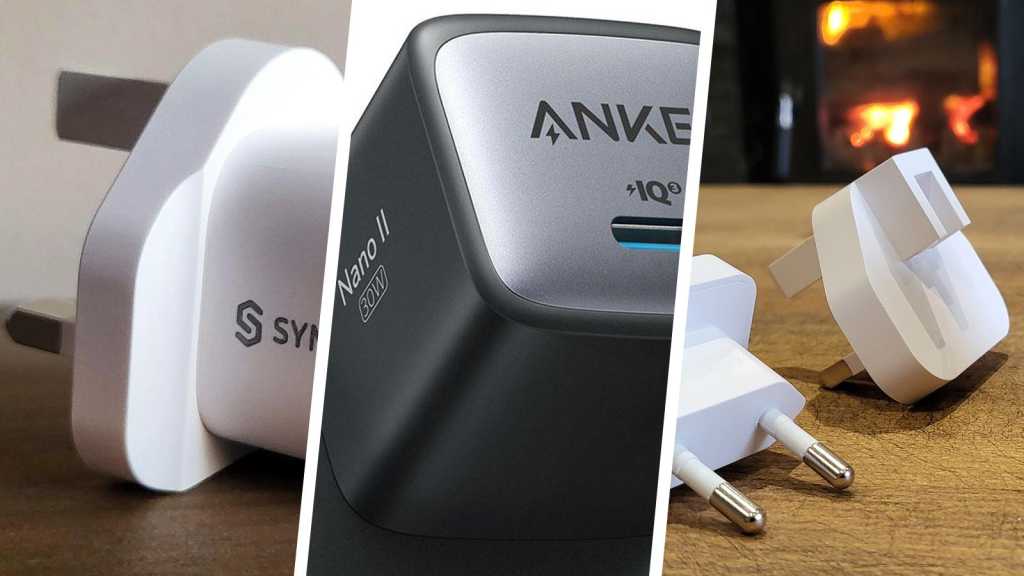 Phones are capable of increasingly fast charging, but it’s rare that a charger that can support these top speeds is supplied in the box. That’s if a charger is supplied at all, and many of us are still using old 5W chargers that are painfully slow.

It doesn’t have to be this way. The likelihood is your phone can be charged at a much faster rate than you even realise, and all that’s missing is a decent charger. We’ve rounded up a bunch of single- and multiple-port USB chargers that offer fast charging for your phone (or tablet, too).

The latter, which can plug directly into a wall socket or be mounted on a desk, are extremely convenient if you have multiple USB devices to charge at once, freeing up power sockets in your home and doing away with the need to carry multiple adaptors. (And if you know someone who doesn’t already have one of these, it will make a great gift.)

The fastest standard USB chargers tend to support 18W Quick Charge 3.0, but this is worthwhile only if the device you want to charge also supports the standard. Even without it you’ll find chargers that can deliver up to 12W of power, which is going to be notably faster than your old 5W charger.

These USB adaptors are not powerful enough to charge a laptop and some games consoles, however. For that you need a Quick Charge 4/4+ or Power Delivery charger, which can output up to 240W over USB-C. We’ve rounded up the best laptop chargers in a separate article.

You don’t need to worry too much about how much power your phone or tablet can accept, since it will draw only the amount of power it requires. Buying a fast charger now will offer you some level of future-proofing for when you later upgrade to a new model that supports faster charging. 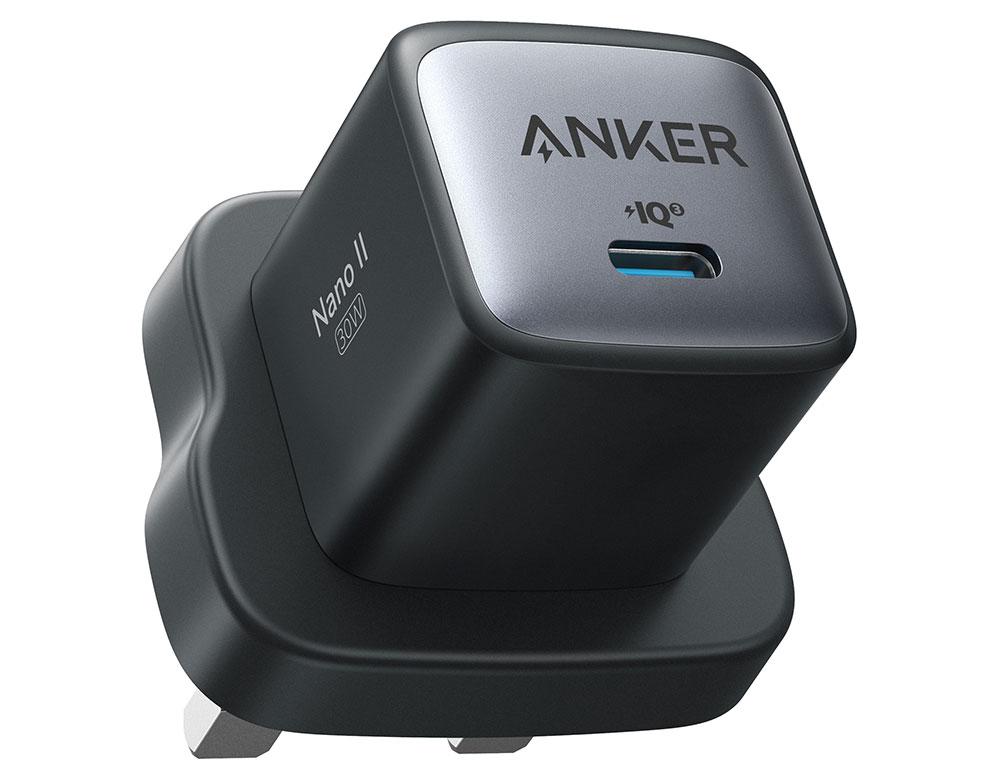 The Nano II family of Anker chargers transmit energy more efficiently and operates at twice the frequency of the first generation of GaN.

It supports Power Delivery, Quick Charge and Anker’s own PowerIQ smart charging, plus PPS. This means it can fast-charge smartphones such as the Samsung Galaxy S20 that require the Super Fast Charging protocol for their proprietary charging standards. 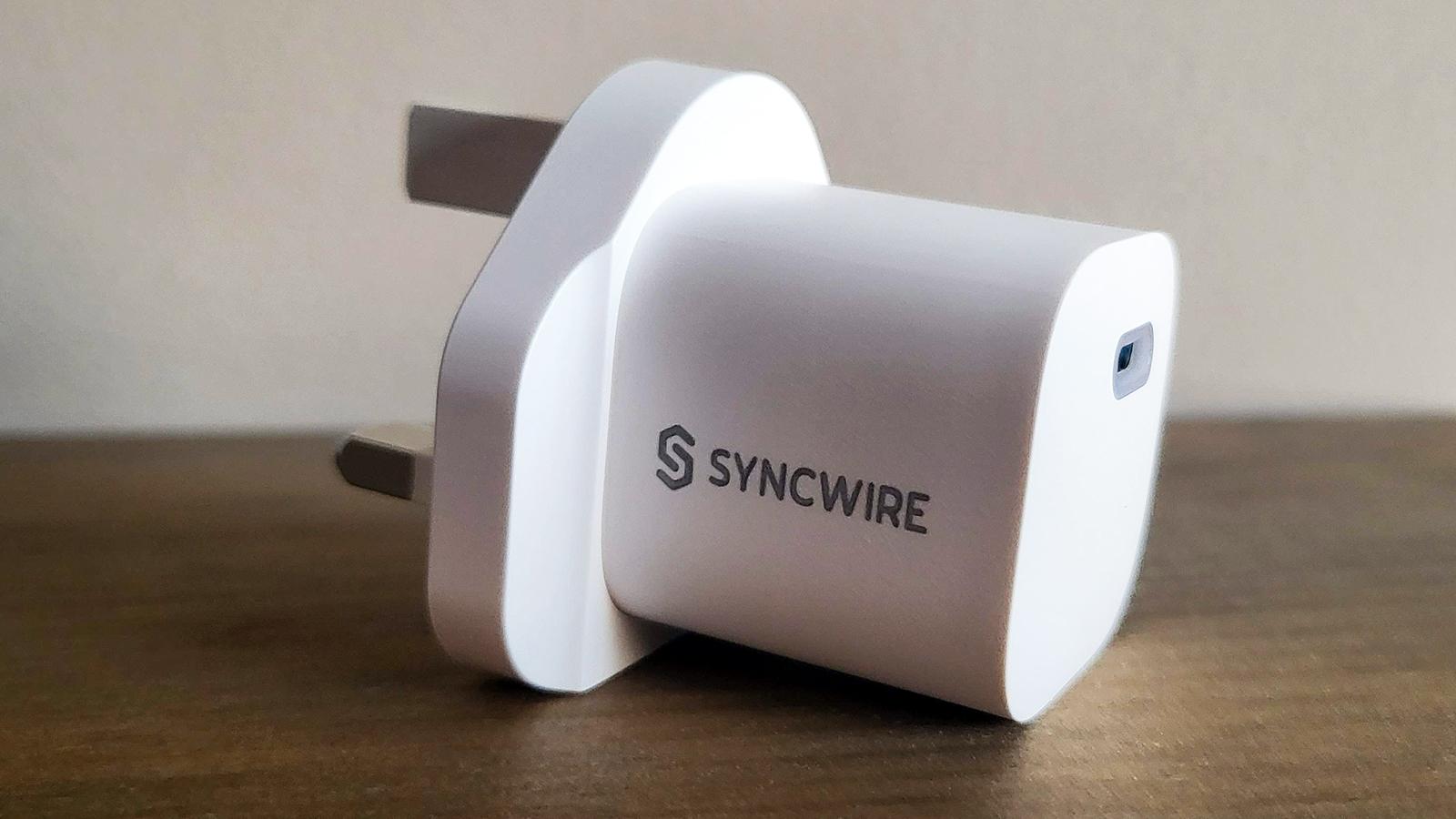 This dinky wall charger from Syncwire is just about as small as they come, at about half the size of traditional wall chargers. It’s lightweight and easily portable, and so it won’t be much bother to keep it to hand, ready for emergency top-ups.

Although Syncwire aims this adaptor squarely at iPhone 12 and 13 owners, its 20W USB-C output will be useful for Android users, too. You will need to supply your own cable, however, as one is not found in the box (either USB-C to Lightning, or USB-C to USB-C).

That said, Android users should note that this charger does not support Quick Charge. The single output is a Power Delivery 3.0 port, which means it will play happily with devices that fast-charge over the PPS protocol. With its max output of 20W, it’s suitable for a phone or tablet, but not for a laptop or games console.

While charging, a small LED ring around the USB-C port will glow brightly to confirm everything is working correctly – a nice touch.

You can find the Syncwire plug with a three-pin adaptor for use in the UK, and both US and EU two-pin varieties. 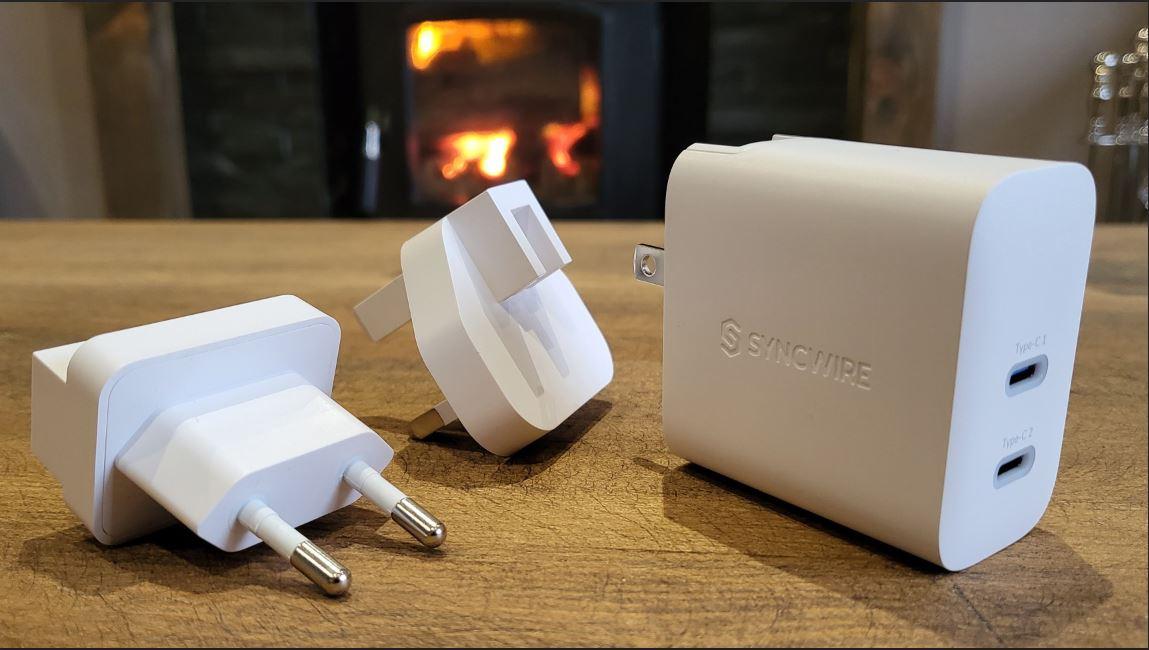 What’s better than a single-port 20W USB-C charger from SyncWire? Well, one with two 20W outputs and interchangeable adaptors for the UK, US and Europe.

(We’ve listed this below the single-port option only because it’s a few pounds more expensive, and you might not need multiple ports.)

That said, right now Tech Advisor readers can get themselves a £5 discount using the discount code 83T763GW at Amazon, reducing the price to £19.99.

In common with its sibling, this compact charger is well-sized for travel, with those adaptors lending it extra convenience. (Do note that the US adaptor cannot be used in Australia, South Africa or India.)

Once again, this is a PD charger that does not support Quick Charge, but does support a maximum 20W on each of its two USB-C outputs. You will need to supply your own charging cable.

When plugged in a thin LED ring surrounding each port glows brightly, making it easy to plug in your devices in a darkened room. 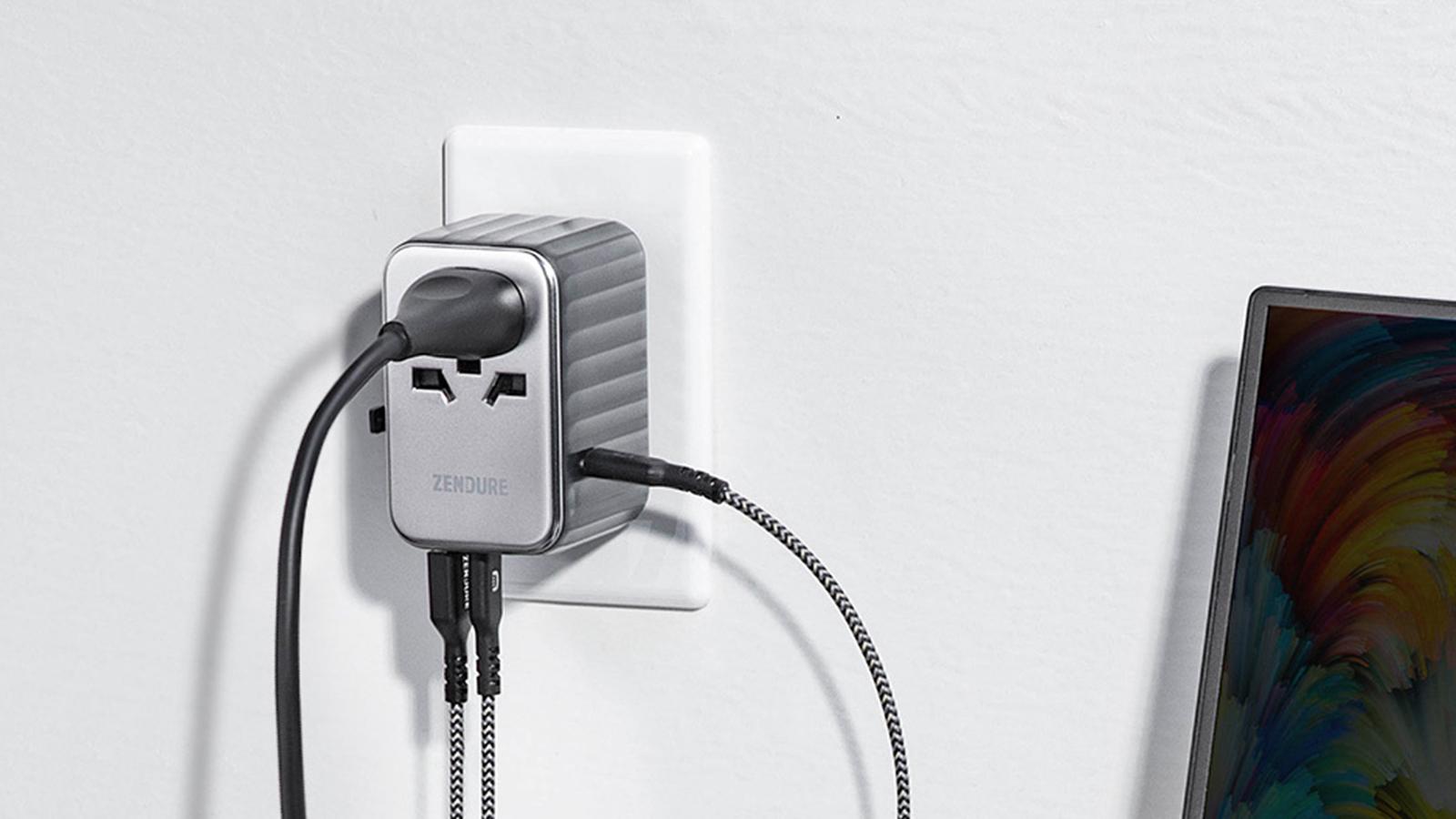 Zendure’s Passport III is a handy portable charger that can meet the fast charging needs of quite a few phones.

It features four USB-C ports and one USB-A, and the main C port goes up to 65W over the PD standard and up to 45W over PPS – meaning you’ll hit the top speeds of many phones from Samsung and other big brands.

It’s even fast enough to charge up a laptop, tablet, or Switch too if needed, and doubles as a travel adapter that works in over 200 countries, so it’s the only charger you need to bring when you travel.

You can buy it now from Kickstarter, with products shipping from April, at an early bird price of $39 – down from $69 at full price. 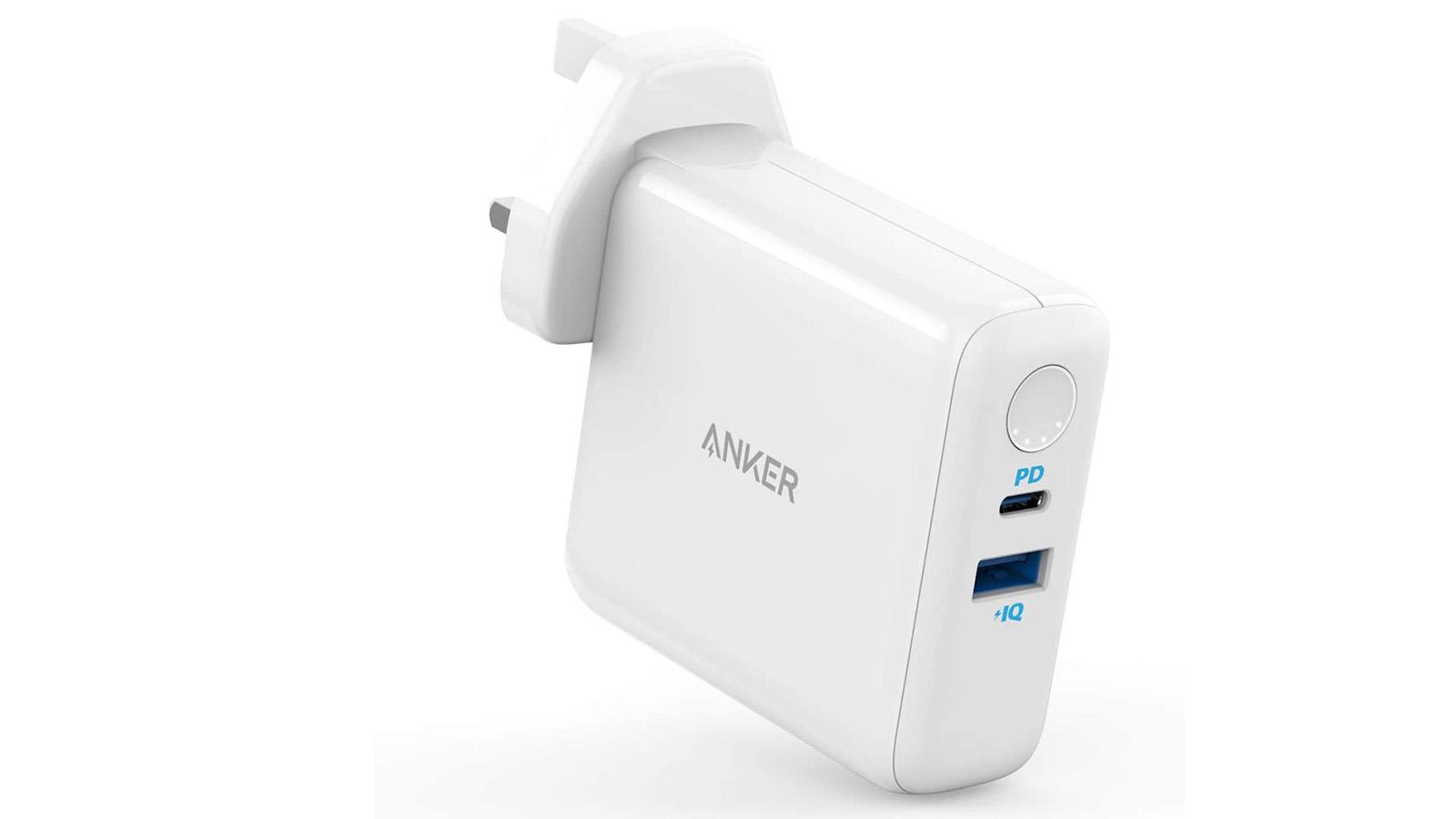 The Fusion 5K from Anker is of interest not only because it’s a capable mains-operated wall charger for up to two USB devices, but because it also serves as a 5,000mAh power bank. And there’s a trickle-charging mode, making it suitable for smartwatches and earbuds, too.

The first of its type that we have encountered, the additional power bank functionality makes the Anker rather large for a phone charger (and heavier than most at 176g), but significantly more useful if you are frequently on the road.

There’s an 18W USB-C PD port and a 12W USB-A, making it easy to charge two devices at once. 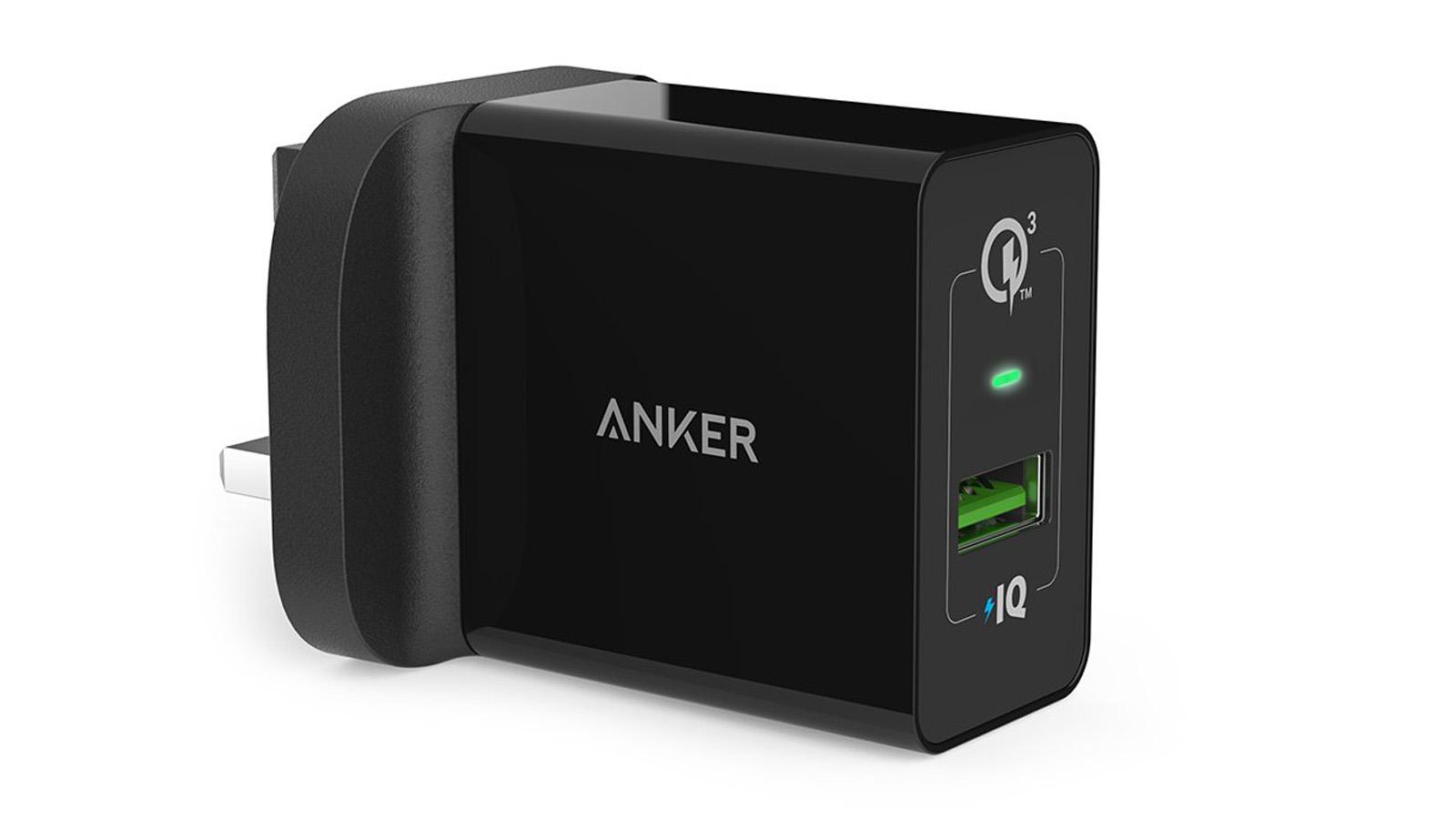 This 18W Quick Charge adaptor hails from one of the best known names in charging tech, and offers very good value. It will charge non-Quick Charge devices at up to 12W.

The PowerPort +1 has an ultra-slim design, but with more squared-off corners than some. We like it.

We’ve put together a range of articles to help you choose the best charging tech for the mobile devices you carry everywhere. You’ll also like: