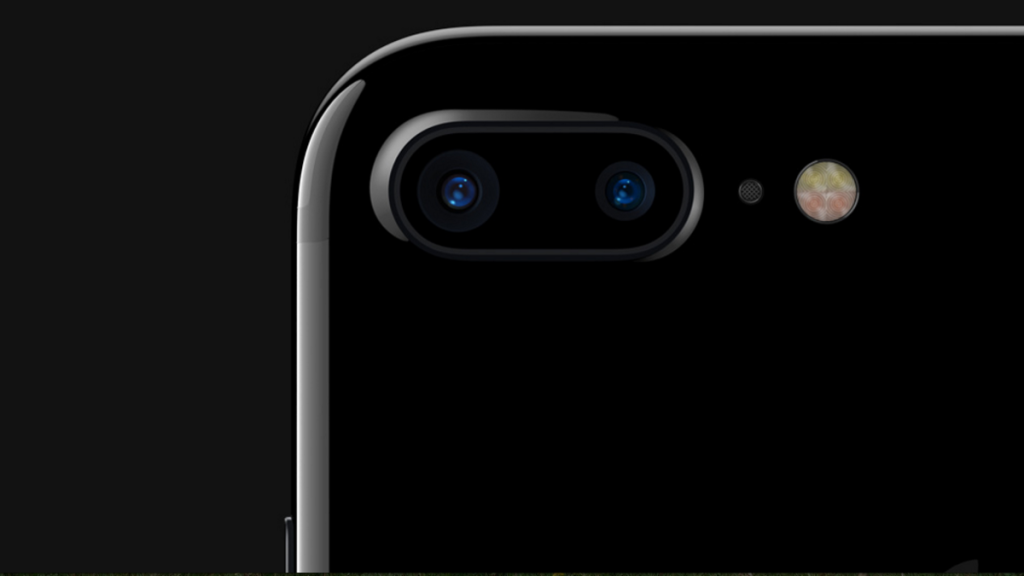 The chassis on the iPhone 7 Plus retains the same dimensions of its predecessor (158.2 x 77.9 x 7.3mm) but loses a few grams and weighs 188g (or 6.6oz if you prefer). The only major aesthetic change is a large camera bulge on the back.

The antennas have now been blended more discreetly into the body, so the new model doesn’t have the horizontal white lines across the top and bottom rear sections that decorated the 6 Plus.

The device comes in the standard finishes plus matt Black and a high-gloss Jet Black. Early reviews state that latter finish scratches easily, and Apple’s own website suggests using a case if don’t want to incur ‘micro abrasions’. 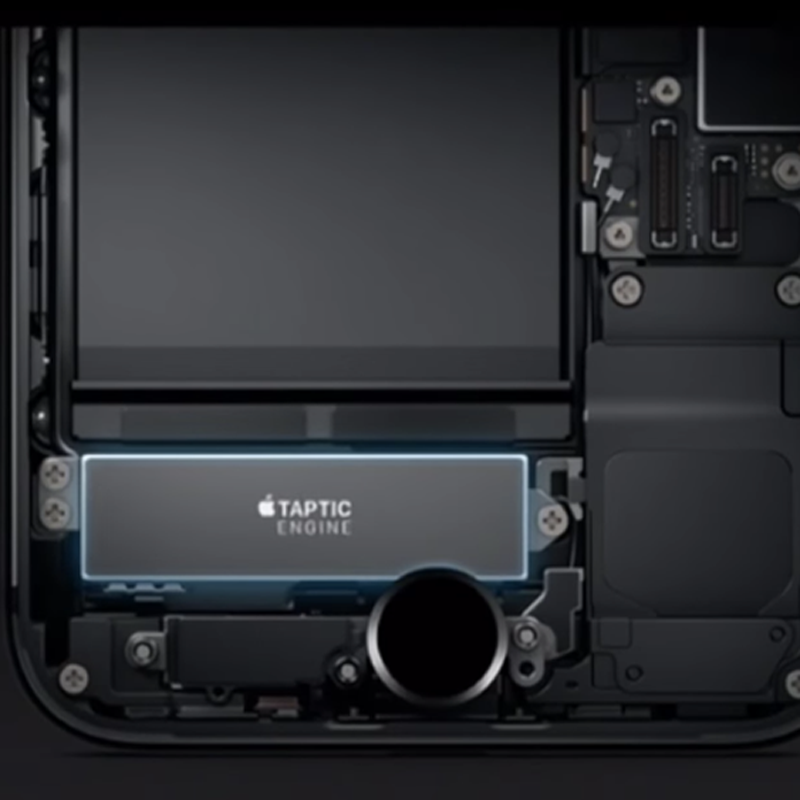 The Home button has also seen a major upgrade, in so much as it’s no longer a physical button but instead a solid-state unit that use sensors to know when it’s being pressed.

A new taptic engine inside the phone responds to presses by giving users tactile feedback in the form of subtle vibrations. In many ways it’s similar to the 3D Touch introduced on the iPhone 6S and the Force Touch trackpads on Apple’s latest MacBooks.

Touch ID is still included, so you can unlock the device with your fingerprint and use Apple pay just as you could on the 6S Plus. We expect additional functionality will be added going forward. 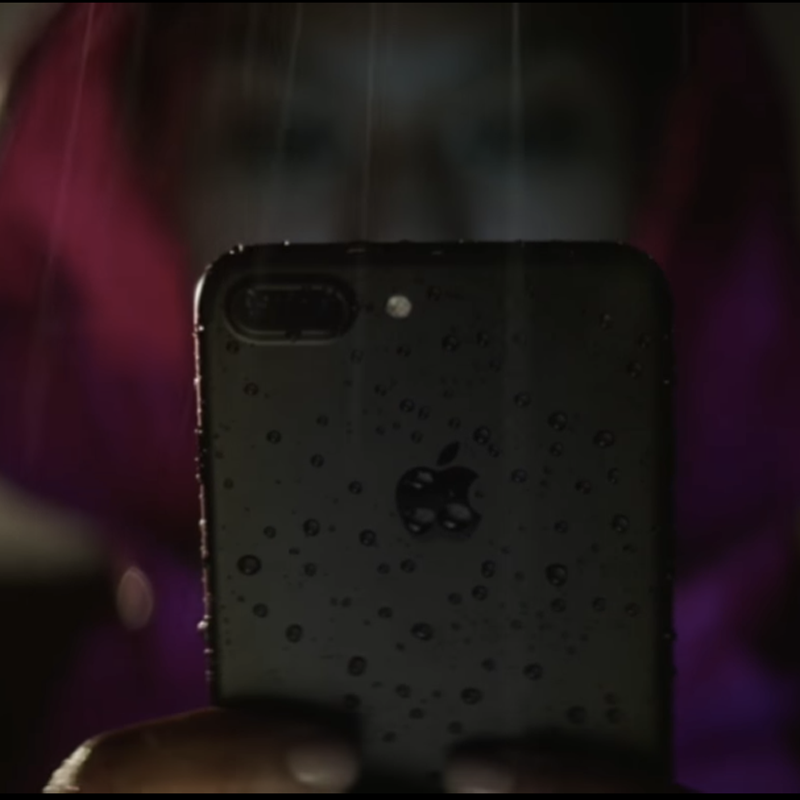 While many other manufacturers have offered waterproofing on their devices for some time, Apple has been a little slower to adopt this feature.

The iPhone 7 Plus now comes with an IP67 rating for splash, water, and dust resistance, so you should be able to use it in the rain without any issues.

Officially the rating means that the new iPhone should be safe to submerge underwater down to a depth of one metre and for a maximum of thirty minutes. We feel compelled to point out though that water damage is not covered by the Apple warranty, so think twice before taking it swimming. 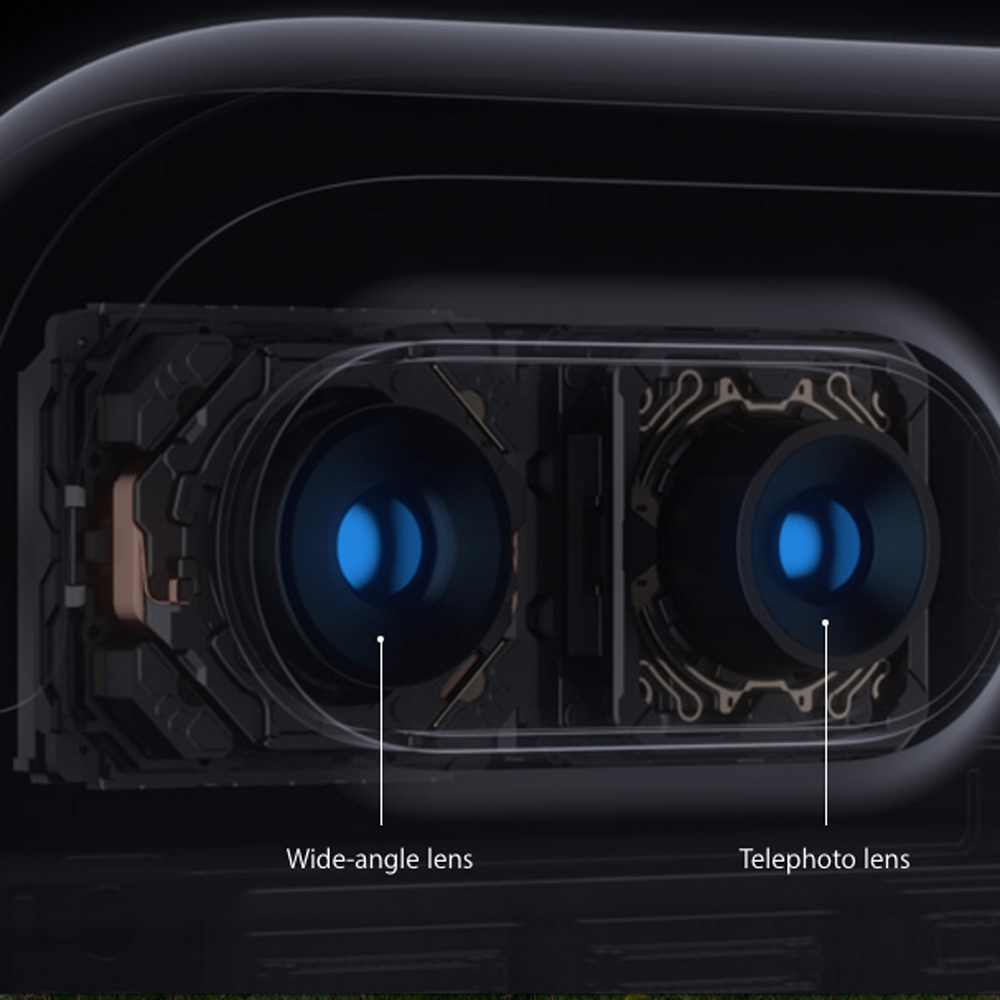 The iPhone 7 Plus boasts the most advanced photographic system ever seen on an iPhone.

These combine to offer 2x optical Zoom and 10x Digital zoom, with optical image stabilisation. There’s also a new image sensors inside which Apple claim makes the iPhone 7 Plus camera 60 percent faster than the one on the iPhone 6S Plus.

The company also demonstrated a new depth of field effect when announcing the device, which impressively blurred out the backgrounds of shots while keeping the subject sharp. This will be available soon as a free download. 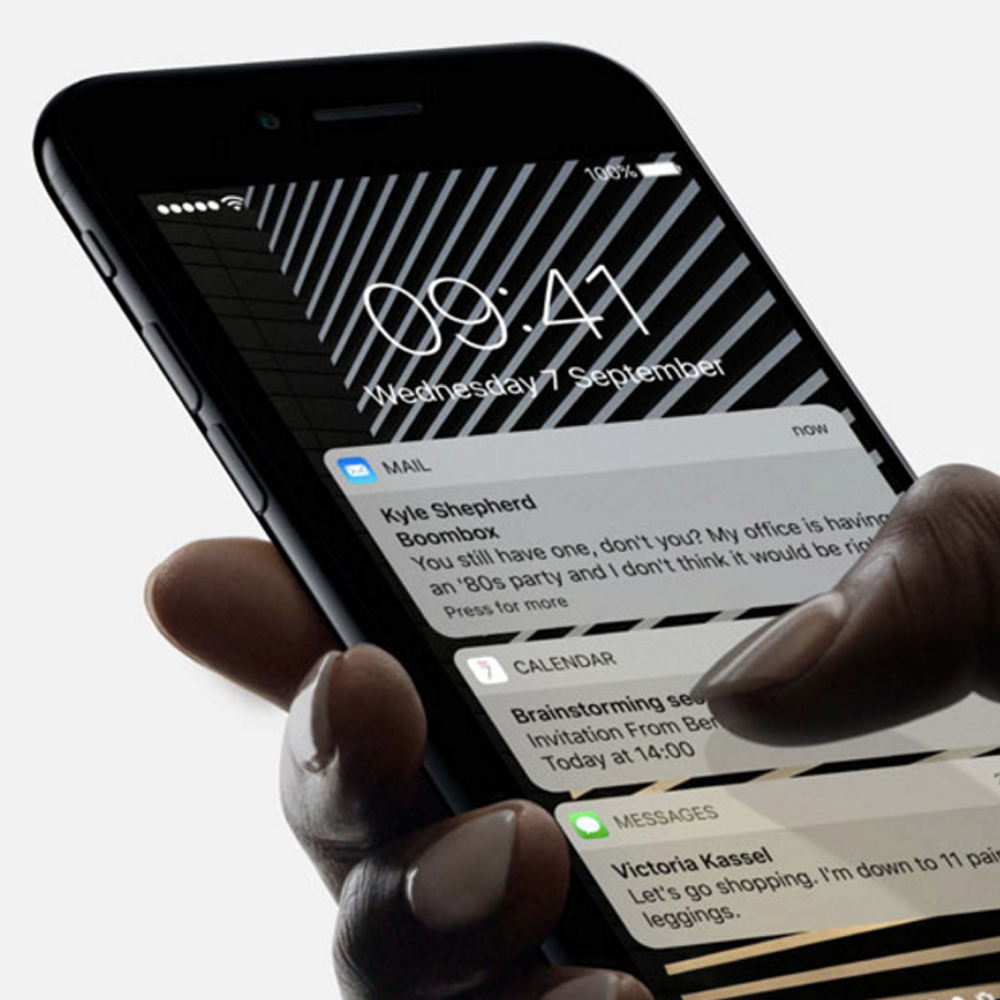 There’s been no change to the size of the 5.5-inch display on the iPhone Plus 7, but Apple has added a wider colour gamut so that images should look more vibrant and accurate than on previous models.

The Retina HD display boasts a resolution of 1920×1080 and is now 25 percent  brighter, which should help with viewing the display outside in the sunshine. 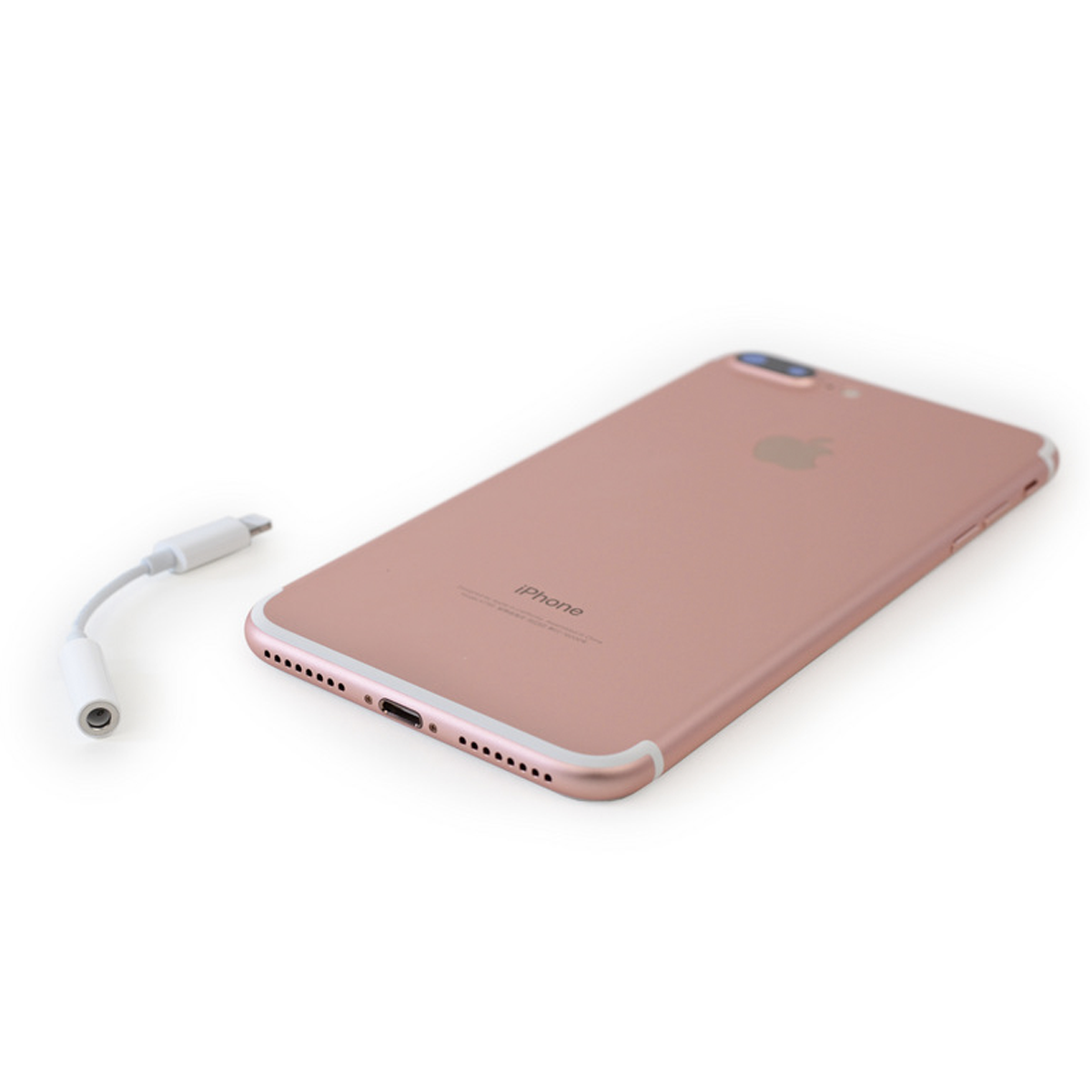 Perhaps the most talked about feature on the iPhone 7 Plus is one that no longer appears – the headphone port. Apple has decided that this ubiquitous technology is now obsolete and has thus retired it from the new iPhone models.

While the company is expecting wireless and bluetooth headphones to be ones people use in the future, it includes a pair of lightning port EarPods with the iPhone 7 Plus which, as the name suggests, plug into the lightning port on the device. There’s also an adaptor in the box for traditional 3.5mm headphones. It’s a big step, and the jury is still out on whether it’s the right one or not.

Apple did install a second loudspeaker in the device though, bringing stereo sound to the iPhone for the first time, replete with a water expulsion system to protect against any liquid damage.

Inside Apple iPhone 7 Plus 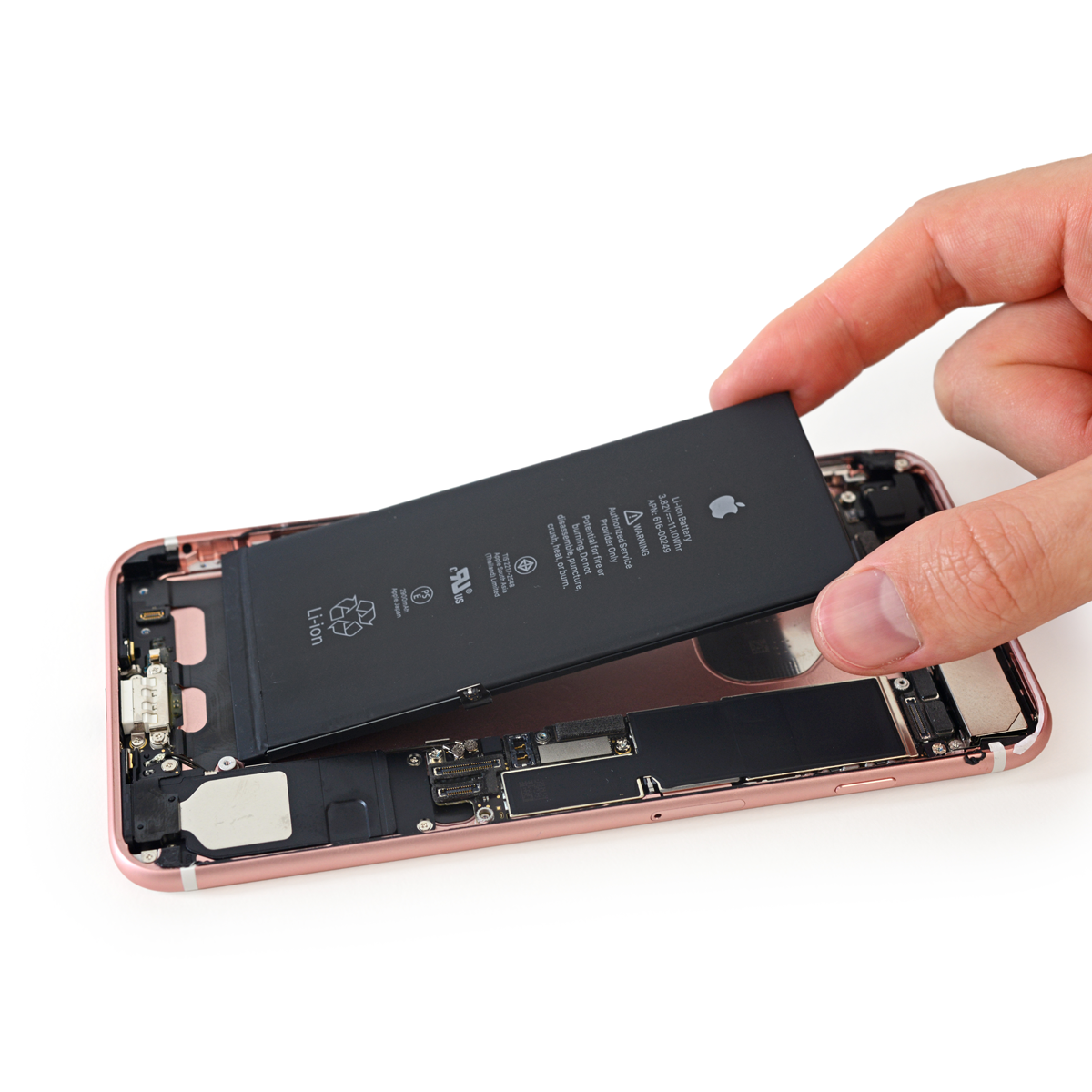 One of the highest priorities to any smarthphone user is how long the battery life is on a device.

This year Apple has included a 2900 mAh unit that eclipses the previous 2750 mAh offering found on the iPhone 6S Plus. Thanks to the larger size it means iPhone 7 Plus users can now expect an extra hour’s worth of charge over the previous model.

Inside Apple iPhone 7 Plus 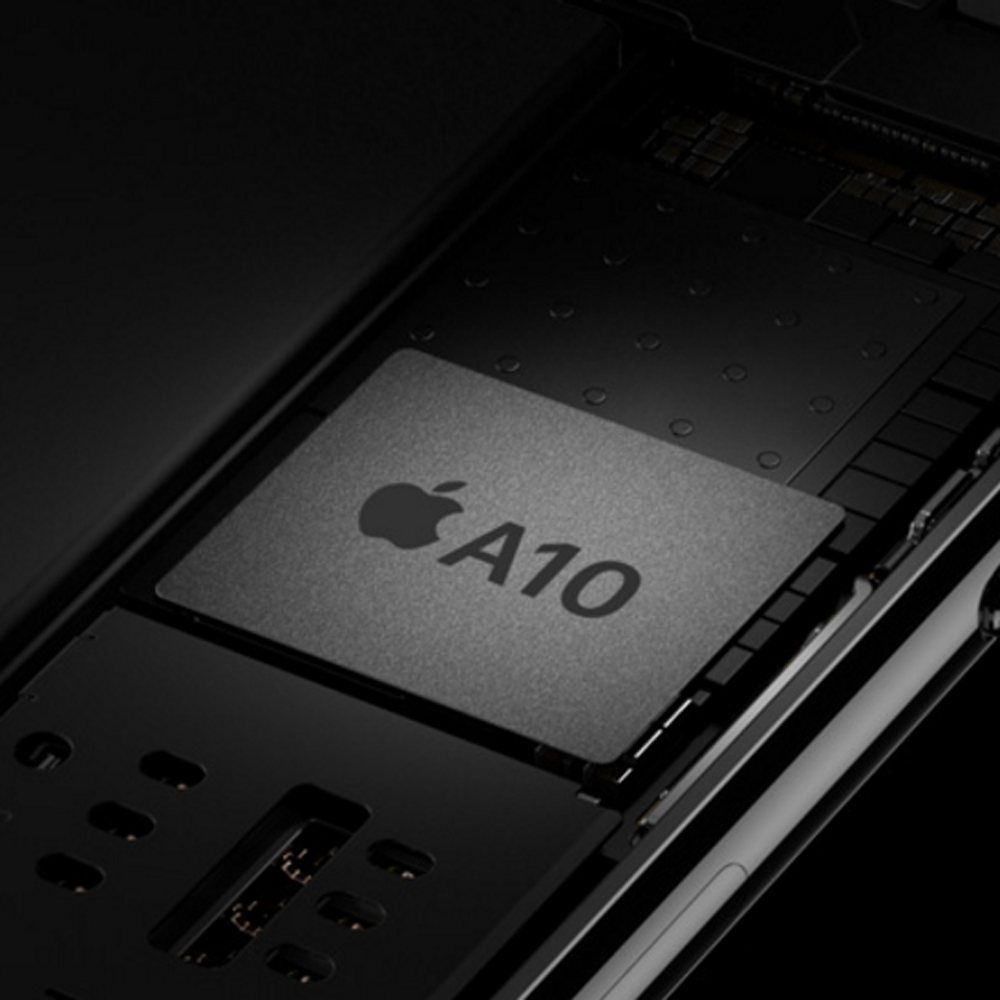 This clever approach to power and performance means that the A10 is expected to offer twice the speeds of those found in the iPhone 6. 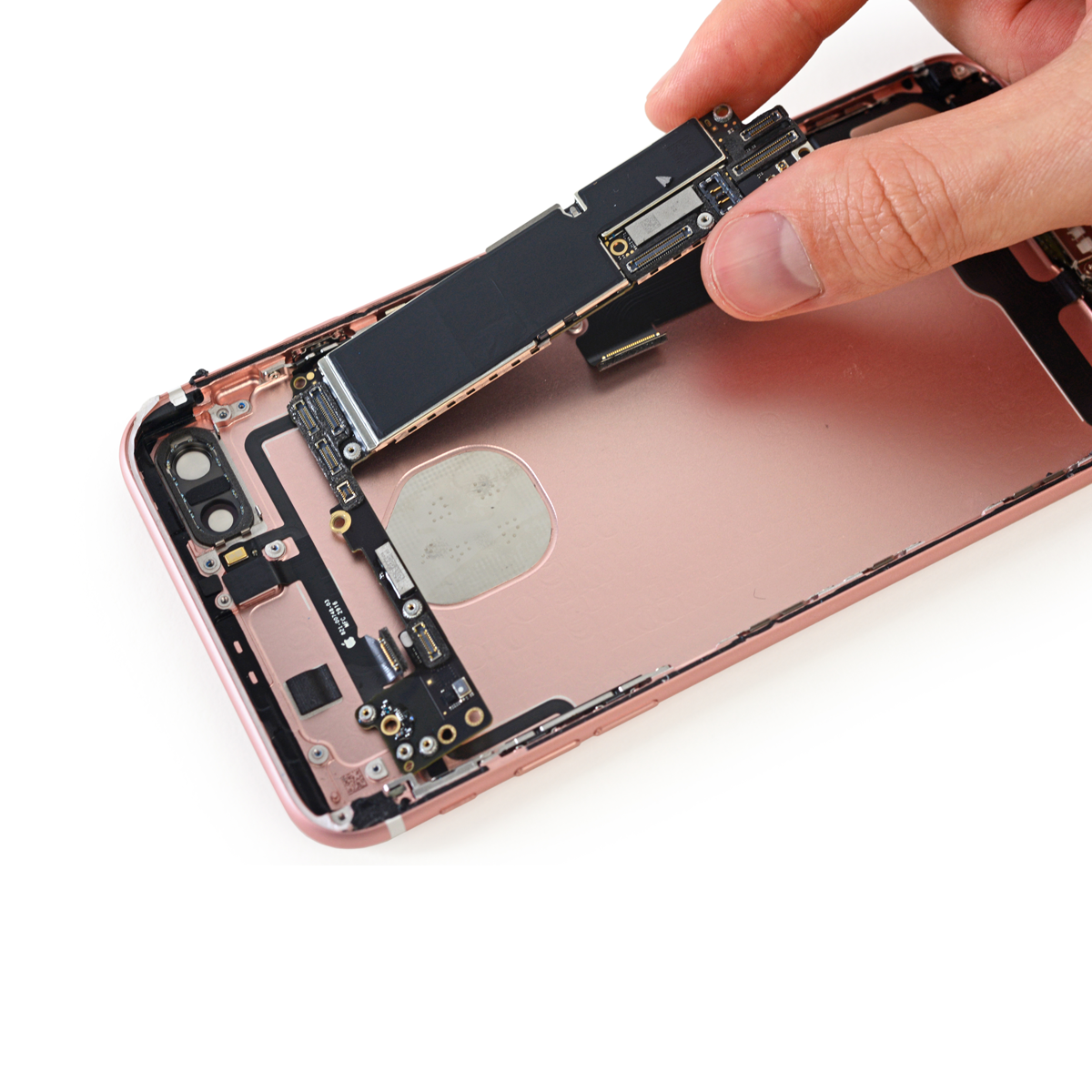 The main board inside the iPhone 7 Plus is densely populated with the circuitry that makes it all tick.

Alongside the A10 chip there is 3GB of Samsung LPDDR4 RAM, NAND flash storage options of 32GB 128GB or 256GB, Qualcomm LTE controllers, a barometric pressure sensor, an NFC controller, WiFI MIMO support for 802.11a/b/g/n/ac, plus an audio amplifier and various power management elements.

There’s plenty packed into this device, and even with its large size you can see that Apple has wasted no space at all.

Check out our full review of the iPhone 7 and iPhone 7 Plus for more details.