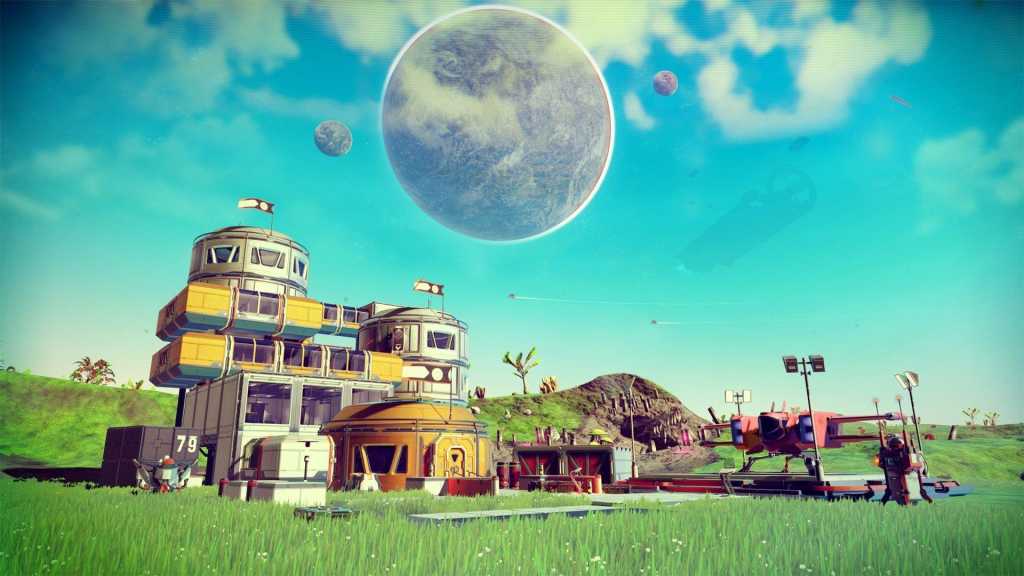 No Man’s Sky launched back in 2016, but was met with huge backlash with complaints about multiplayer integration, planet and fauna generation and more. Hello Games vowed to fix the game, and has been steadily releasing updates for the past two years.

Compared to what was released in 2016, the game is almost unrecognisable – especially following the No Man’s Sky NEXT update in July 2018, the biggest overhaul of the game yet. The NEXT update introduces true multiplayer, new items, new upgrade systems and more. This is great news for players, as it means that No Man’s Sky is finally the game many had hoped it’d be – and the 100,000+ concurrent users on Steam over the launch weekend proves it.

The bad news is that a lot has changed in No Man’s Sky, and it can be quite daunting, both for returning and new players. Don’t worry; we at Tech Advisor have been exploring some of the 18 quintillion planets in the No Man’s Sky universe, and here’s our top No Man’s Sky tips and tricks.

Mining various resources for everything from rocket fuel to suit upgrades is an integral part of No Man’s Sky, and those of you that have played the game will already know that mining/killing animals on any planet will draw the attention of sentinels. The sentinels see you destroying the planet and will attack you with a GTA-style star rating – the higher the rating, the stronger the enemies.

Anyway – you can avoid being attacked fairly easily. When mining, if you see a sentinel near you then simply stop while it scans you, then carry on once it flies off. If it doesn’t catch you in the act, it’ll more than likely leave you alone (unless you’re on a hostile planet, then that’s another story altogether!). 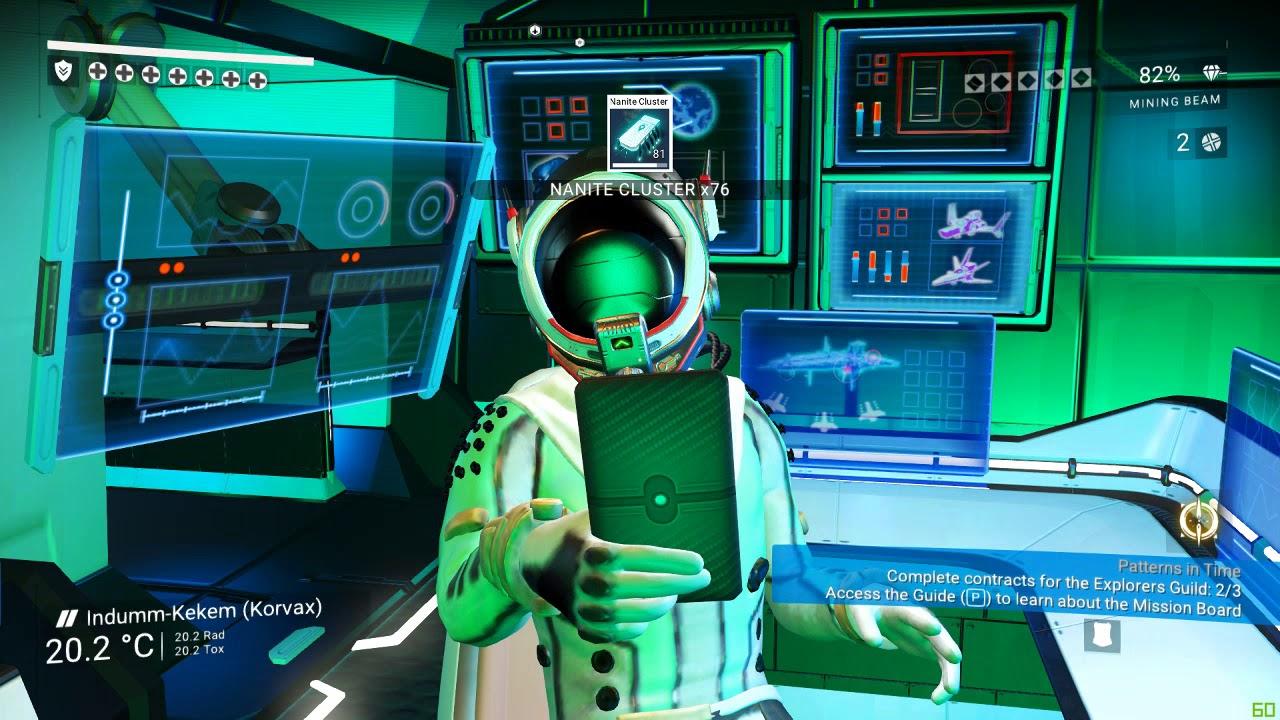 While upgrading your suit, ship and multi-tool was fairly difficult pre-NEXT update, you can now purchase Blueprints and the newly introduced Upgrade Modules from Merchants throughout the universe.

You can buy Blueprints to create multiple versions of the same upgrade – if you want to upgrade multiple ships, for example – but if not, Upgrade Modules make more advanced upgrades accessible early on in the game as they require no resources to be installed.

We’d recommend upgrading your multi-tool’s scanner to get more credits for each discovery you make, as the highest tier can provide upwards of 200,000u for a single discovery. It’s worth the search! 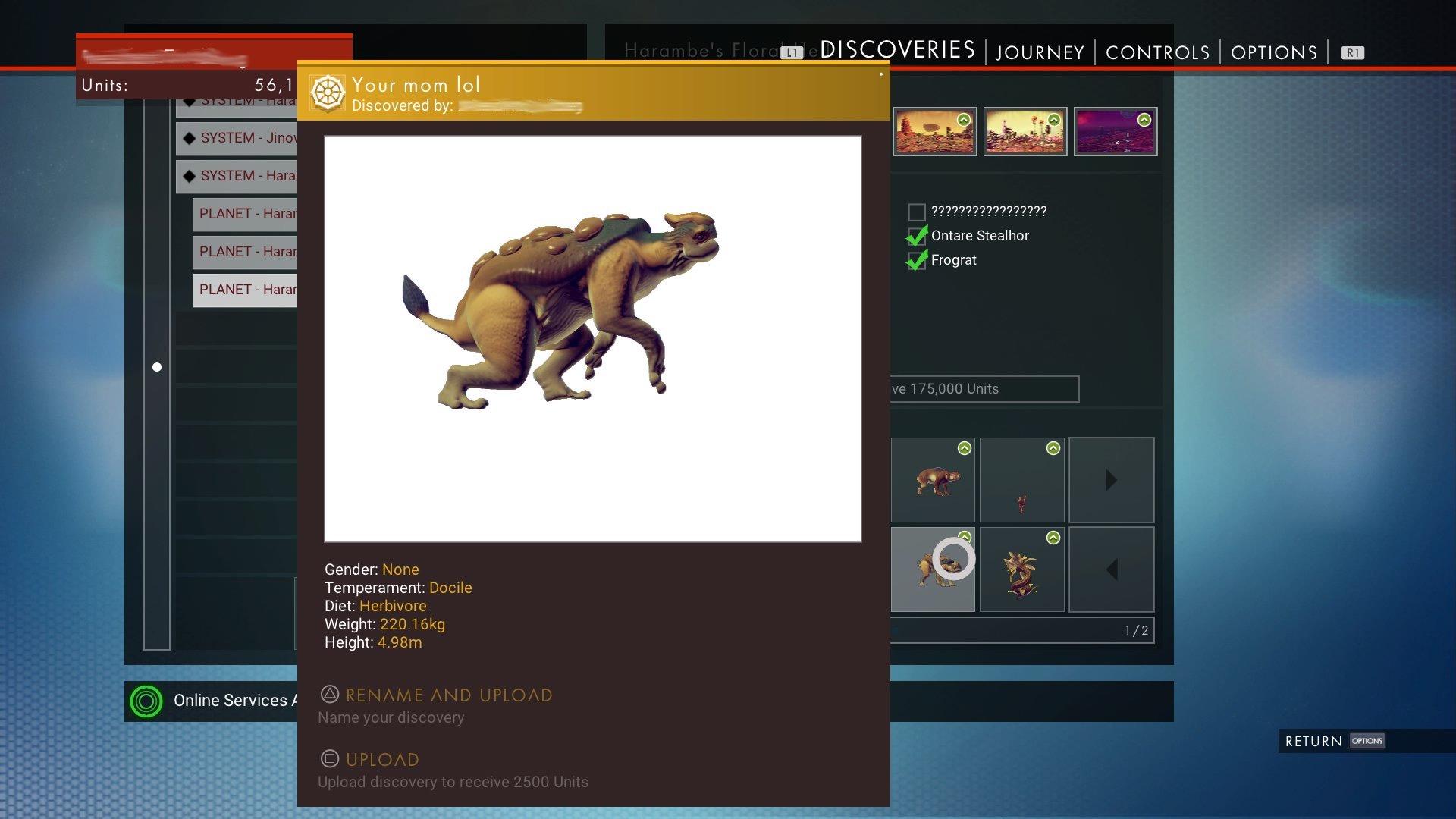 As mentioned in the last tip, you can scan any new discoveries you come across – both flora and fauna. What the game doesn’t tell you is that these discoveries can be uploaded via the Settings menu with every System discovery earning 5,000u, planet earning 2,000u and animals/plants earning anything from 500u to 2500u each. There’s even a handy little ‘upload all’ button to speed up the process.

It’s a handy resource, especially if you’re just a bit short of an item you want to purchase. 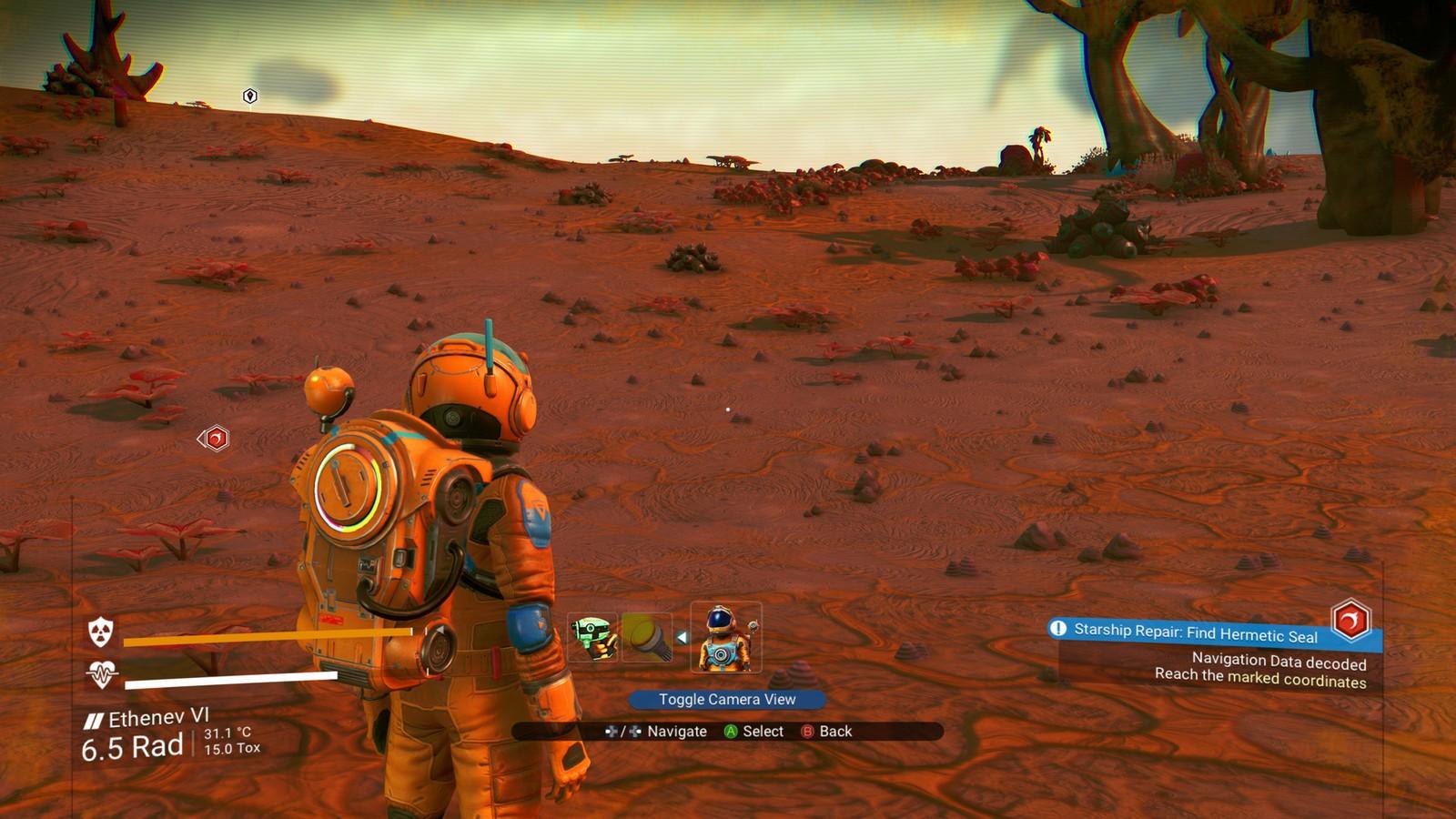 Up until recently, you were locked to a first-person perspective both when flying your ship and exploring the planets in the No Man’s Sky universe. But, that all changed with the NEXT update.

Now, you can head to the Settings icon in the Quick Access Menu and change to a third-person perspective. It’s great when exploring planets, as you can take in much more of the environment (especially when flying) and spot points of interest much quicker. It also just looks epic, especially when flying close to obstacles or through storms.

Mine for rare elements 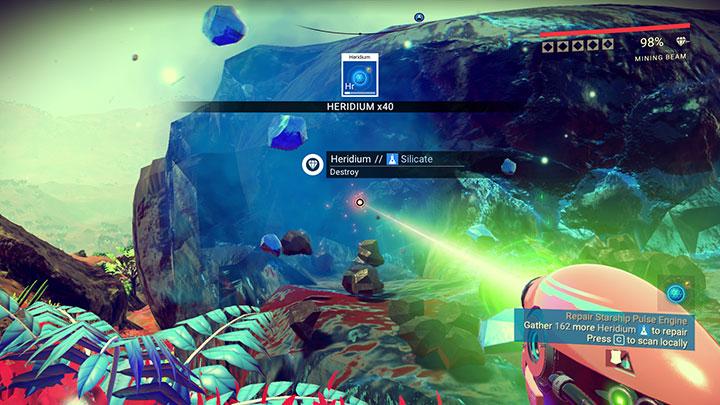 As in any sandbox game, some elements will be rarer and harder to acquire than others, and No Man’s Sky is no different. If you want to make money fast, your best bet is to mine uncommon and rare elements like Gold, Silver and other refined elements whenever you come across them and sell them at any marketplace.

Some planets – usually those that have extreme weather conditions – are full of rare resources and we’ve made upwards of 1,000,000u in an hour by mining, allowing us to upgrade to a higher capacity ship, etc. 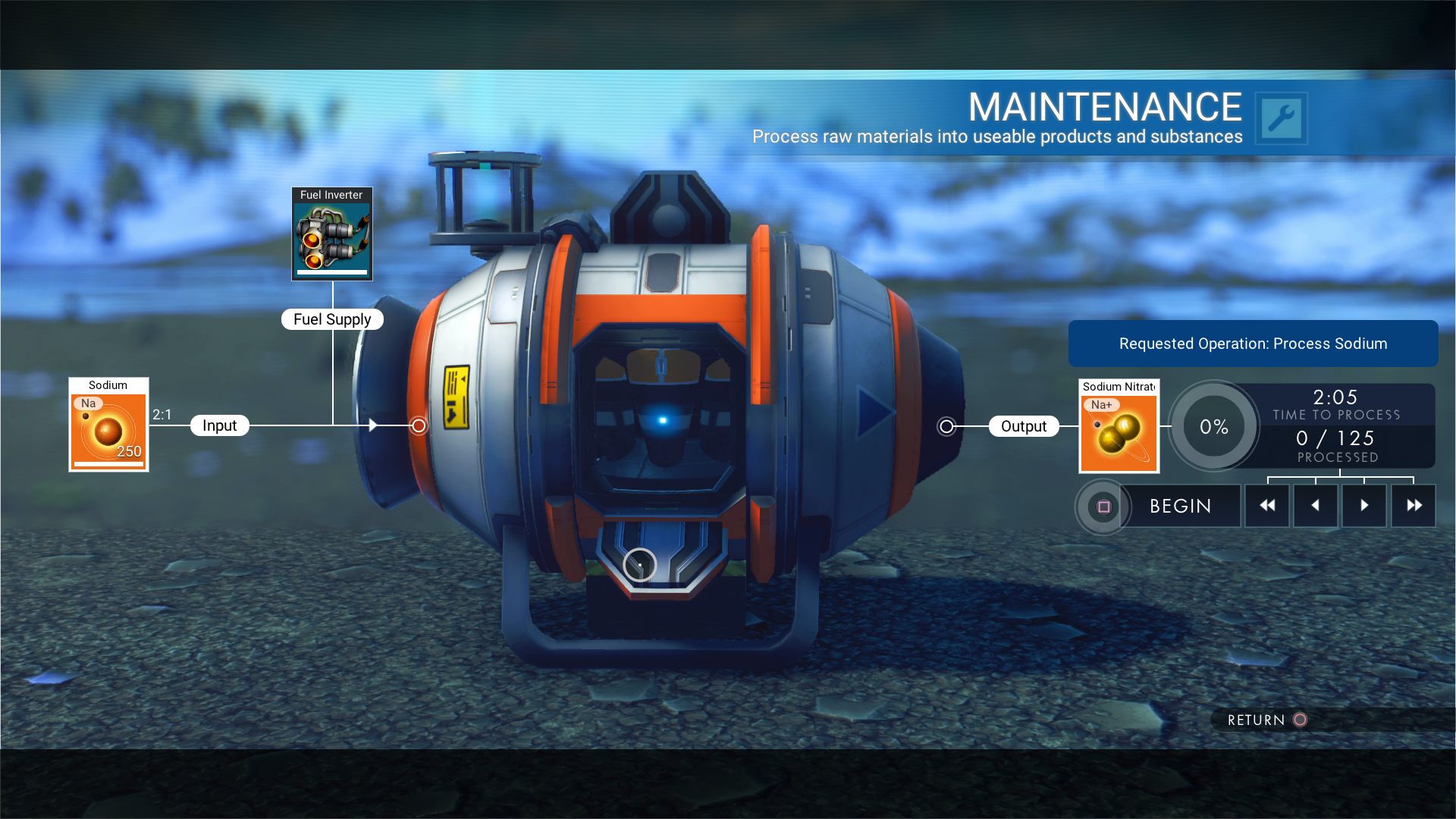 Speaking of rare materials, the No Man’s Sky NEXT update also introduced the Portable Refiner, unlocking a whole new level of crafting. The Portable Refiner allows you to take common materials, like Copper, and turn them into more valuable resources like Chromatic Metal, useful for crafting and selling.

You can craft the Portable Refiner by accessing the Quick Menu and selecting the Portable Technology category. The items it requires are fairly common, and can be found on most planets (in our experience, anyway!).

Oh, and while much of the tech built in the early days of No Man’s Sky was static, you can pick up the Portable Refiner and take it with you on your travels. No need to scavenge for resources every time you need some refined materials. 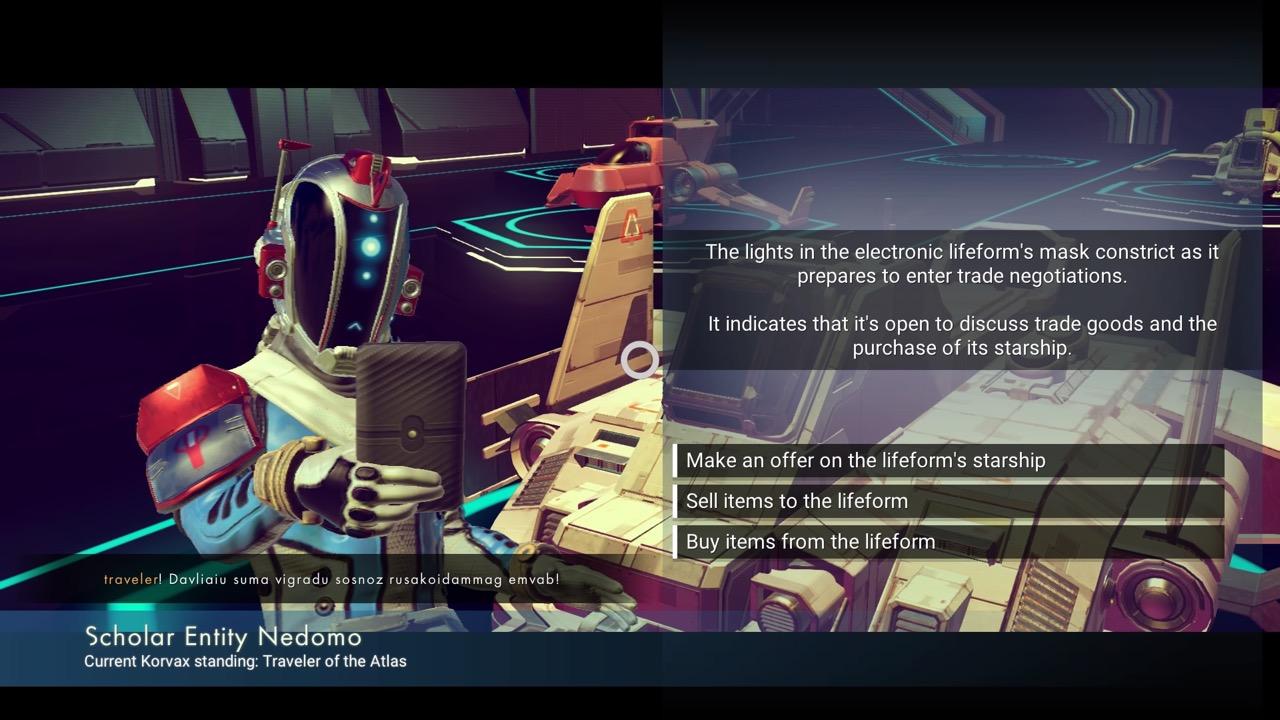 While others may tell you that finding crashed ships and repairing them is the smart way to upgrade your ship in No Man’s Sky, we disagree. Fully repairing a crashed ship can take a lot of time and effort and due to the way the game is designed, you’ll only ever really find crashed ships that offer a single slot more than your current ship.

On the other hand, if you’ve mined and accumulated enough money, you can make an offer on any ship that lands at a landing pad. Sure, these can range from 200,000 – 4,000,000u, but will offer huge jumps in storage (we went from 18 slots to 22 slots with one ~700,000u purchase) allowing you to collect more resources that can then be sold or used for future upgrades. 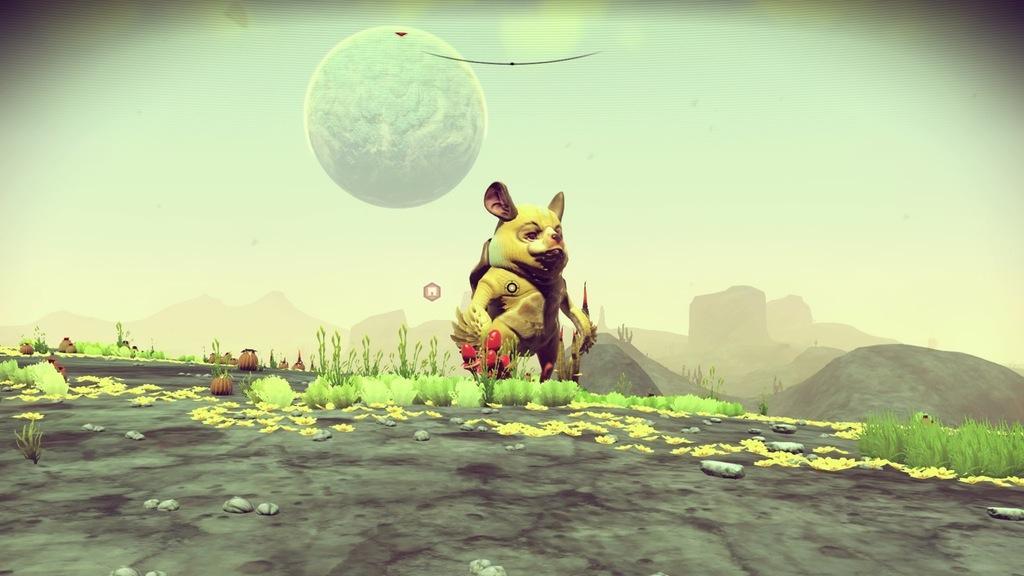 While this won’t work for aggressive animals on hostile planets, more docile animals can be approached and even fed on many planets.

Feeding animals can result in a number of actions, from showing you the location of rare resources to aiding you in battle and even pooing out a valuable resource created from whatever you fed it. It’s purely trial and error, but can often work out well for those willing to try. 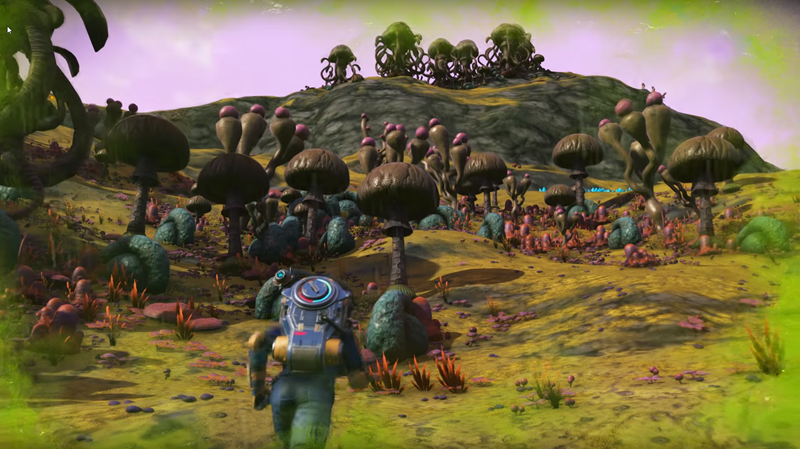 While you can both walk and run in No Man’s Sky, it still isn’t very fast to get from point A to point B on foot – unless you try this trick. If you sprint then melee and use your jetpack in quick succession, you’ll be thrown forward at a much faster rate than running.

It takes a bit of getting used to, but can save your life – especially as the sentinels and wildlife become more aggressive.

Don’t forget to save 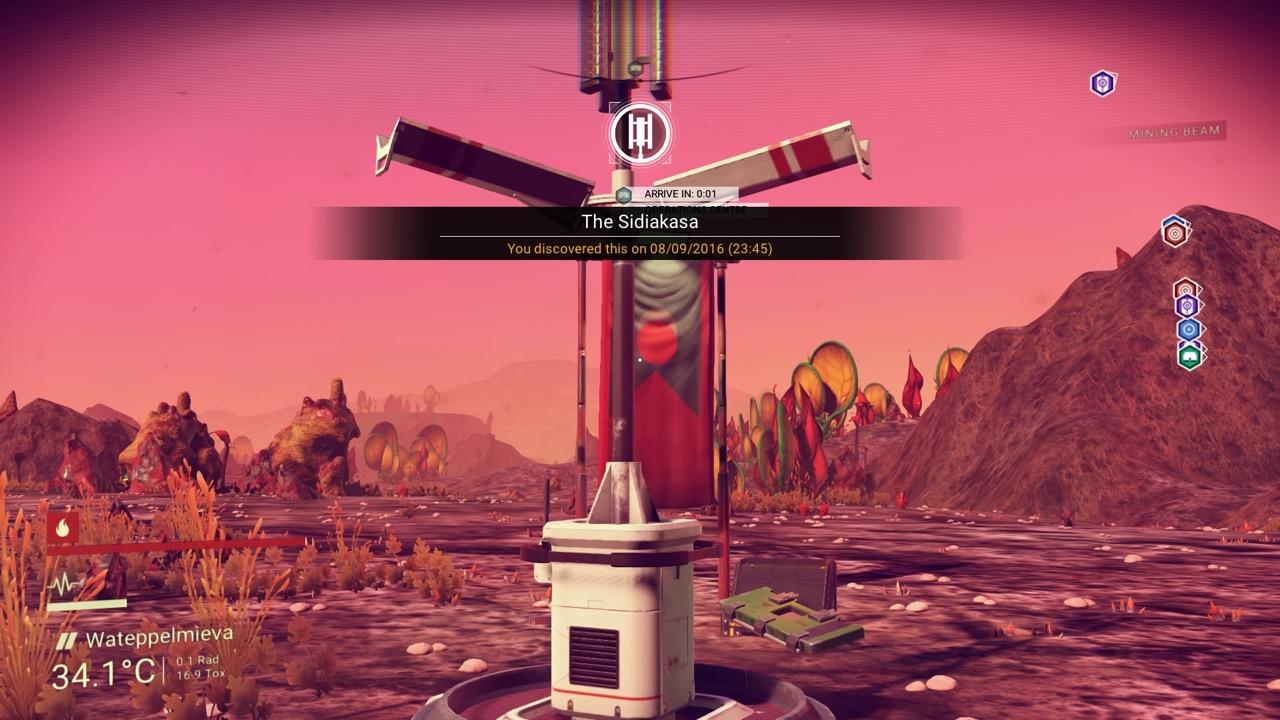 For those of you that have played games like Fallout 4 in the past, this isn’t new, but it’s worth mentioning that frequent saving in No Man’s Sky is probably a good idea. Got raided with a ship full of atlas stones? Got killed exploring a hostile planet? Glitched inside a rock and cant move?

These are all situations that can be rectified by restoring from a recent save, but the feature is useless unless you’ve saved the game recently. You can save the game by discovering new outposts and every time you exit your ship, and can be restored via the Settings menu.

Take your time and enjoy it 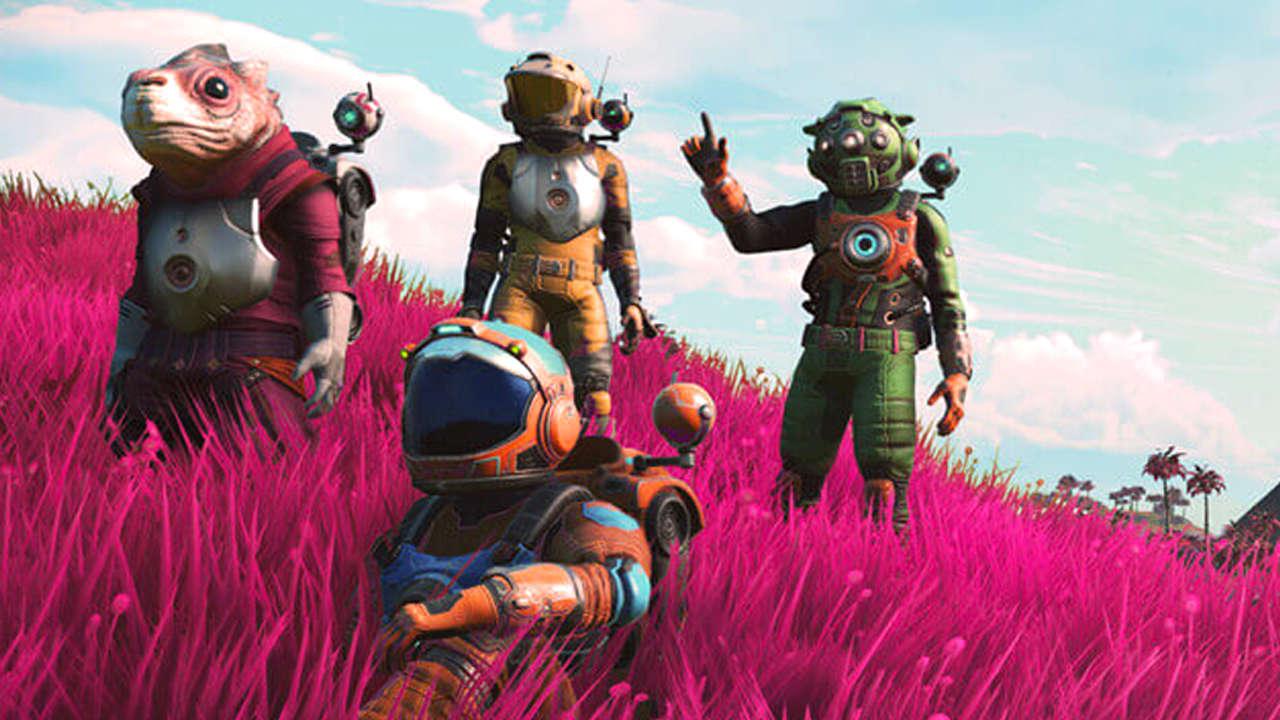 The biggest piece of advice we can give to those of you just getting started in the No Man’s Sky universe is to enjoy it – don’t rush to the center of the galaxy. The game is unimaginably vast with every single planet offering something different – how often is that offered in a game? While we’re not suggesting visiting every planet (that’d take more than one lifetime!), take your time and explore as much as you want in each system you visit.