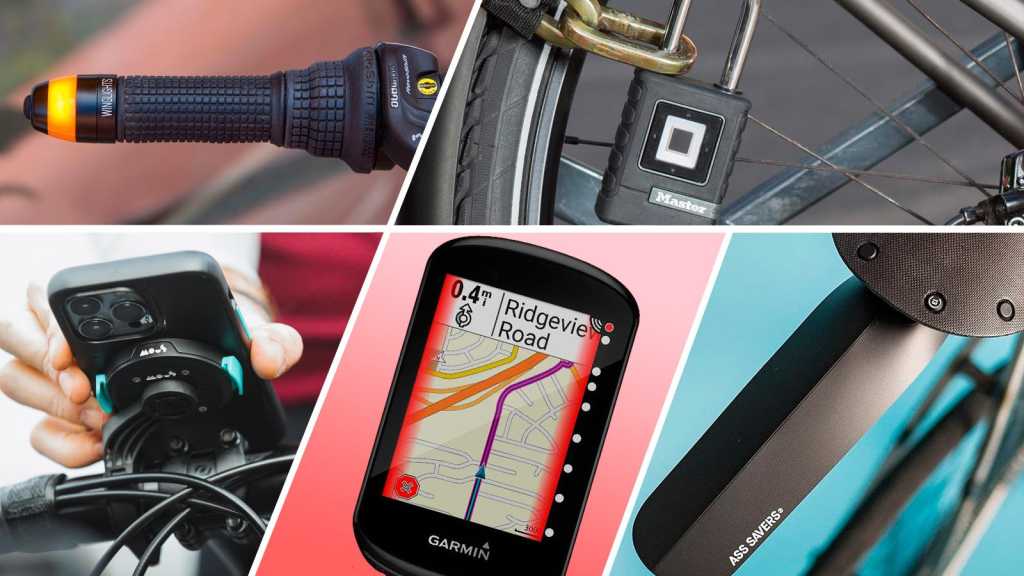 The Edge 830 is an excellent bike satnav. It will calculate a cycle-friendly route to a destination – or you can plan your own route – and get turn-by-turn directions while you’re cycling. Don’t expect it to always pick the best route (the the one you would have done) but it will get you to the destination when you haven’t planned a route in advance.

It also works as an advanced bike computer, displaying and recording all your stats as you ride and will also show you an elevation profile so you can see whether it’s uphill or downhill ahead. There’s Strava integration, and it’s great as a training device.

It’s compatible with a range of ANT+ accessories, including heart-rate monitor, speed and cadence sensor and more. There’s Bluetooth and Wi-Fi so you can sync routes and ride stats to your phone, and also get call alerts and text messages on the Edge’s screen.

The screen is much better than earlier Edge models and is very easy to see when the sun is shining on it. The touchscreen also works if you’re wearing gloves, and in the rain.

Sticking your arm out to signal you’re turning can be dangerous, whether because you’re not a confident rider or because of a tricky road junction that forces you to keep both hands on the bars.

The answer is WingLights, which are essentially car indicators for your bike. They come in a few versions now, the latest of which is V3. There are two main types: a fixed set that stays on the bike and a more expensive magnetic set which has strong magnetic fittings so you can remove them when you lock up your bike.

They flash at the same rate as a car and have two LEDs opposite each other: you can mount them so they’re visible front and rear or top and bottom. A push button on the end makes it easy to turn them on and off, even with gloves on. (There’s also a new 360° set which is more expensive still, but has better visibility.)

They’re not as bright as car indicators, but are very easy to see at dusk or at night, which is when you’ll most need drivers – and pedestrians – to see them.

They attach using a friction fit inside your handle bars, so may well require you to chop off the ends of your rubber handle grips.

Mous, purveyors of phone cases that can withstand extreme drops, has now made a bike mount and a selection of compatible cases. Unfortunately, those extend only to the iPhone 12 and 13 ranges, but that does cover the Mini, regular, Pro and Pro Max sizes.

And if you own one of those models, the IntraLock mount is undoubtedly the bike mount to go for.  That’s because it’s sturdily built, yet allows you to attach and detach your phone instantly, as well as choose whether to mount it in portrait or landscape orientation.

The Evolution case offers the usual AiroShock tech for excellent protection from drops, but as well as the four cutouts for the IntraLock system also has MagSafe support. That means you use your MagSafe accessories without having to swap cases, and it’s not too bulky or heavy either.

At the time of review, Mous was offering a bundle including the IntraLock mount and Evolution case for the normal price of just the mount itself, making this a very tempting option for iPhone-owning cyclists.

You might not use a padlock to secure your bike – these dedicated bike locks are a better choice – but fingerprint padlocks are a convenient way to secure the place where you store them.

The Blusafe Mirage comes in short and long-shackle versions and in black or chome finish. It’s IP66 water-resistant, so will withstand being rained on.

Registering fingerprints is quick and easy, and it will store up to 20 of them, allowing plenty of people to use it. In testing it worked reliably, though you may have to dry the sensor first if it’s wet.

The internal battery lasts up to eight months and if you find it has run out, you can charge it from a power bank via a microUSB cable.

At this price, it’s the best-value biometric padlock we’ve seen.

There are loads of mudguards, but a Ass Saver is a cheap and simple way to avoid a wet bottom. Made from flexible plastic, you can keep it in your bag until it’s needed. It clips onto any standard saddle rails and catches any water flicked up by your rear wheel. Genius.

Master Lock’s Biometric Padlock may not be your first choice for locking up your bike at this price, especially as you’ll need a chain as  well (just as with the others here).

However, like the Blusafe, it might be compelling for securing your bike store – your shed, garage or wherever you keep your bikes.

Its shackle is long, and the metal construction is covered in rubber to help make it weather resistant. In dry weather we found the fingerprint recognition was very good but if it’s raining and you’ve wet fingers there’s a backup: a direction pad that allows you to enter the unlock code. This also means an unlimited number of people can use it, and you can change this code if you need to.

The internal battery should last well over a year, but cleverly there are contacts on the base for a 9V battery so you can still unlock it if the main battery does run out while it’s locked.

Made from boron alloy, the shackle offers decent resistance to cutting and sawing.

The Quad Lock is the best mounting system we’ve seen for attaching your phone securely to your handlebars. This is a universal kit which sticks to your phone, or a case, using strong 3M adhesive and the similarly strong quad-lock mounting sytem.

If you haven’t used it, it’s simple: you put your phone into the mount and turn it 90° to lock it into place. Just be careful to ensure you stick the mount onto the back of your phone in the right orientation so it’s the right way up when locked.

The standard kit mounts to a modern-style stem, but you can pay for the ‘out front’ version if you prefer the screen to be further forward on the bike.

Still use a key to lock up your bike? These days the cool kids are using Bluetooth padlocks. The Locksmart Mini uses a phone app  which might not seem particularly convenient compared to a key, but chances are you’re more likely to forget your keys than your phone, so it could turn out to be handy if you’re the sort which does regularly lock yourself out of the house. No PIN is needed either, just an iPhone or Android phone with Bluetooth 4 or later.

The lock is weather-proof and the batteries are rechargeable and last for a claimed two years between charges. You’ll still need a chain of course, as this is a small padlock for locking the chain around a bike rack.

If you prefer a traditional key lock then we’ve rounded up the best traditional bike locks.

If you’re training to get fit for a long ride, a heart-rate monitor will allow you to see in realtime whether you’re pushing hard enough – or too hard. The Tickr works with your phone via Bluetooth, or with a bike GPS that uses the ANT+ standard (such as Garmin’s Edge range).

You can use the companion app to see your current heartrate, so this gadget is well paired with a phone mount such as PNY’s Expand.

If you prefer the rush of wind in your hair to a claustrophobic bike helmet, then Hovding is for you. It’s basically an airbag for road cyclists.

You wear a collar around your neck and sensors monitor for abnormal movement. If they determine you’re about to fall off, they’ll activate the airbag which shoots up and inflates around your head. Hovding reckons it offers 8x better protection than a traditional helmet, but then again it should at about 8x the price of an average helmet in Halfords.

There is a snag: once deployed, it cannot be reset, so you’ll have to buy another one, albeit at a discounted rate. And you can’t use it off-road: it’s strictly for road and commuting use.

While you could spend hundreds on a GPS computer which will direct your around your route (well worth the money if you can afford it) you can equally get some useful stats from a computer costing £12.99 / $15.99.

This one is wireless, so installation is neat and pretty easy. Once set up for your wheel size it will display your speed, but also a trip distance, average speed and a backlight. It comes with batteries and a fitting kit, so you can’t ask for more for this price.

It can cost a lot to keep a bike in tip-top condition, but if you can handle a spanner, you can easily keep your bike maintained at home. Some jobs need special tools, and that’s where a dedicated bike toolkit comes in. This 30-piece kit is the biggest on offer from Bikehut and is good value considering what’s included.

You can’t expect top-end quality at this price, but the lifetime guarantee offers some peace of mind. You’ll find specific tools for removing bottom brackets, including Shimano Hollowtech II, as well as the necessary crank extractor tool, plus rear two cassette removal tools.

There’s no guarantee that these will fit your particular bike, but they cater for the most common sizes and setups.

Keeping your bike maintained isn’t difficult if you have the right tools. But even with a great toolkit, you don’t want to be stooping and hurting your back because everything is so low down.

That’s why a bike stand is essential, and Bikehut’s folding stand is a great example. It’s much sturdier than you’d expect, but doesn’t take up loads of space when you’re not using it.

The clamp is easy to work and won’t scratch your bike’s frame. There’s a useful tray for tools, nuts and other small items you don’t want to lose.

It will hold bikes up to 25kg, which covers virtually all of them, and the telescoping stand adjusts from about 1m to 1.6m tall.