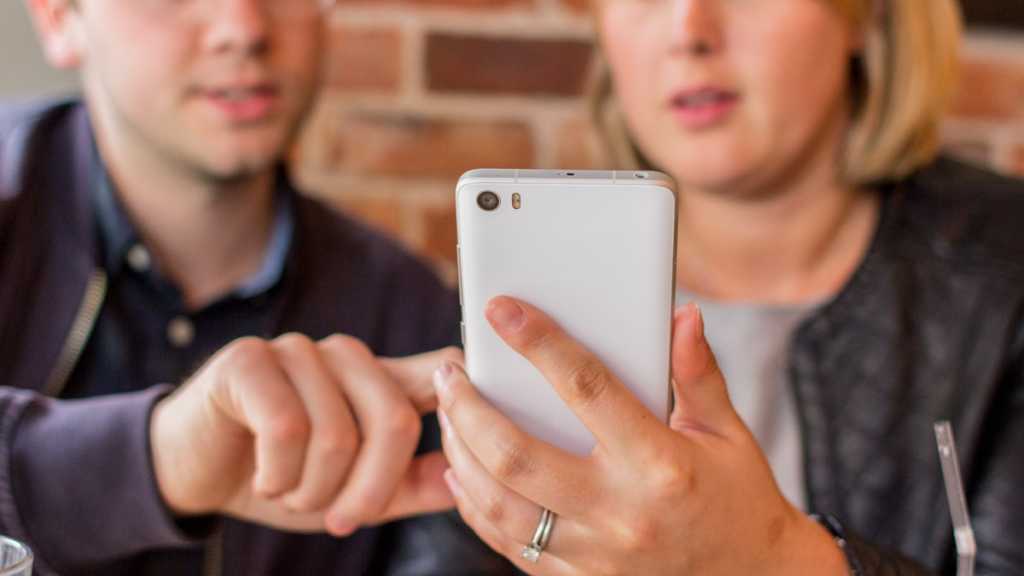 How to change Android keyboard: Changing your default keyboard

To change your Android keyboard, go into your Settings, scroll down to Language & input, then tap on Current Keyboard to be presented with a pop-up window.

Within this window you’ll have the choice to change your keyboard. However, if you do not have another keyboard installed, the option might be greyed out or won’t provide you with another option over Google’s stock keyboard.

If you’ve recently installed a new keyboard, and you don’t see it in the Default Keyboard pop-up, tap the option again and tap on Configure input methods. From here, toggle your newly installed keyboard and it should now be presented in your keyboard inputs.

If you’re looking to add another keyboard, read on to find out our favourite Android keyboards. Undoubtedly, there will be a few that we’ve left out, but let us know in the comments below which is your favourite.

Also see: Our latest how to Android guides. 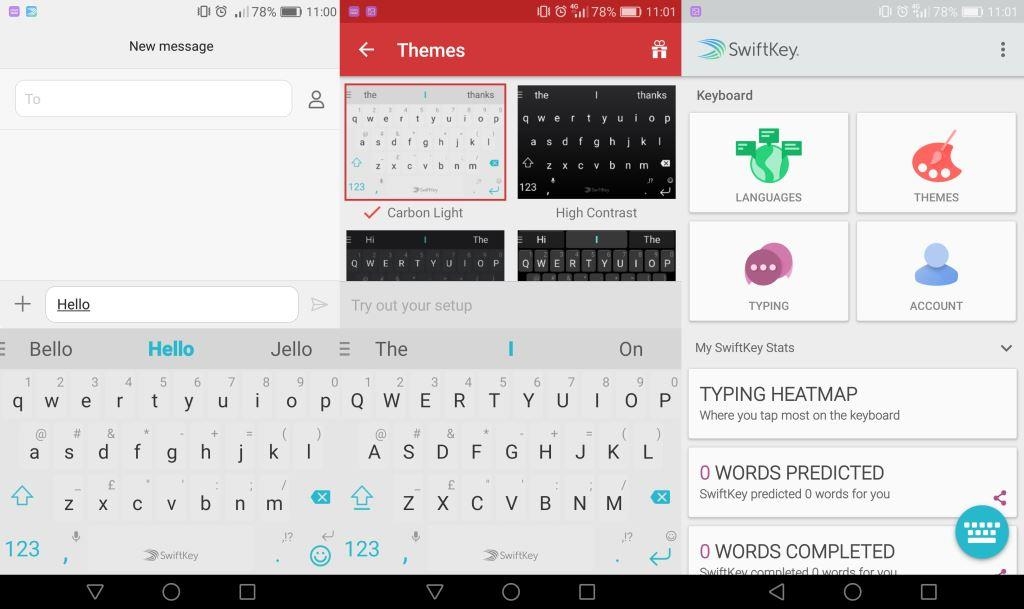 One of the most popular keyboards is the Google’s very own keyboard. Although this might seem like an obvious choice for most, as it comes pre-installed with most Android devices, some third-party manufacturers decide to leave the keyboard out of the system.

The keyboard has changed a lot of the years and is now a much more complete keyboard solution for most Android users.

The keyboard has a sleek, soft design, has a great number of languages, emoji-support and sleek themes. It also has gesture typing, allowing you to swipe across the keyboard to write your messages. Speaking of its gesture abilities, you can swipe to delete words.

Through the keyboard, you can also use Google’s built-in text-to-speech functionality to directly transcribe your messages. 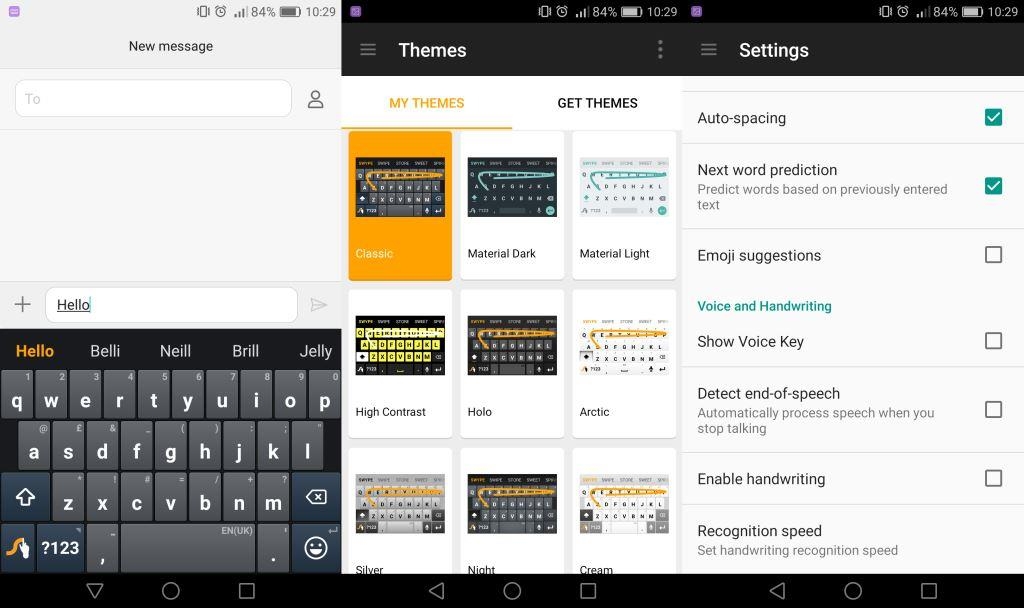 If you’re into using swiping gestures and voice commands, Swype is one of the best keyboards around. The app has a long history, where it started off in Samsung devices and slowly became its own standalone app through Nuance’s acquisition.

The app has various themes, cloud storage, personal dictionaries that also automatically pick up trending words, ‘living language’ from around the web, a clever next-word prediction, numerous language packs, and bilingual support allowing you to type in two languages at once.

By far its most notable feature is its ability to ‘Swype’ across the screen and quickly type. For these types of gestures, there are no other keyboards out there which challenge its throne. Understandably, other keyboards have the option, but don’t provide you with the same level of accuracy with their gesture controls.

The app is free to download as a trial, but costs £0.78 to purchase. There are also in-app purchases for various, more elaborate keyboard themes.

SwiftKey is one of the popular mobile keyboards around. With its large pool of languages, fantastic predictive text abilities, typo-correction abilities, emoji and themes – this Android keyboard is one of the most complete solutions you’ll come across.

The keyboard is easy to use, has good spacing between its letters and what makes it stand-out from the crowd is its ability to predict and autocorrect words efficiently.

SwiftKey is the logical step forwards from Google’s very own keyboard.

It should be noted that the app was once paid-for, but as of 2014 went free. The only paid-for feature is add-on themes, but it has plenty of free themes already available. 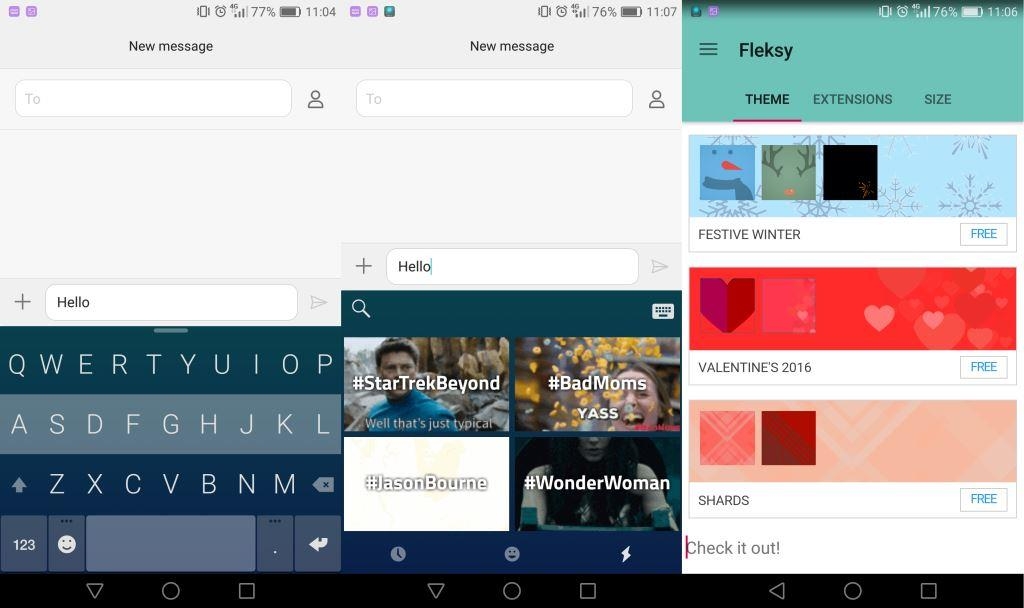 This Android keyboard stands out from the rest of the keyboards, with its very sleek and stylish design. After you master all of its available swipe gestures, the keyboard becomes extremely fast and efficient to use.

One of the most notable features is the keyboard’s built-in GIF support, which allows you to send GIFs from around the web to your recipients.

Do remember, that picture messages often cost extra over MMS, but if you’re browsing the web and posting on social media, Fleksy can help you lighten up a post.

The keyboard has many different themes to choose from, emoji-support and even fun achievements.

Fleksy is by far one of the most colourful and fun-to-use keyboards out there, where it really stands out from the crowd.

The keyboard is free to download and has the option of purchasing extras through its settings. 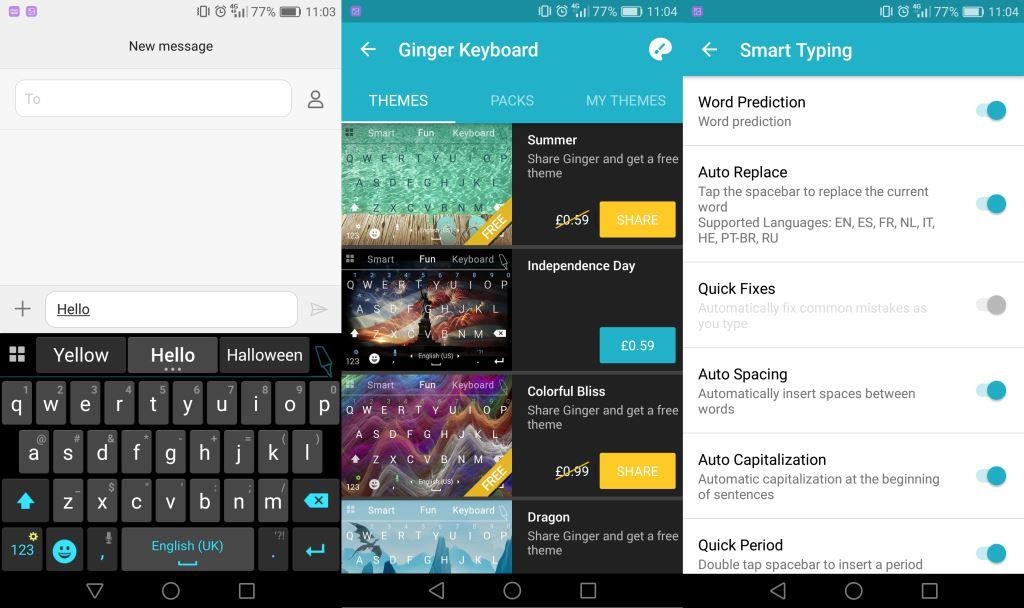 Ginger Keyboard is a unique app, which allows you to customise your own keyboard theme. Apart from the pre-made themes that are included, the added functionality of customising your own is a nifty feature.

One of its key features which make it stand out from the crowd is its built-in games that can be played directly from the keyboard itself. Simple games like Snake make it a fun time waster when you’re on the train and have no data service.

The keyboard has built-in emoji, GIF and sticker support. There is also the ability to use the keyboard through the swipe gesture. It also has a large pool of languages, a decent word prediction engine and the ability to translate text.

The keyboard is free to download and can be customised through in-app purchases.

Read next: How to properly charge a phone’s battery. 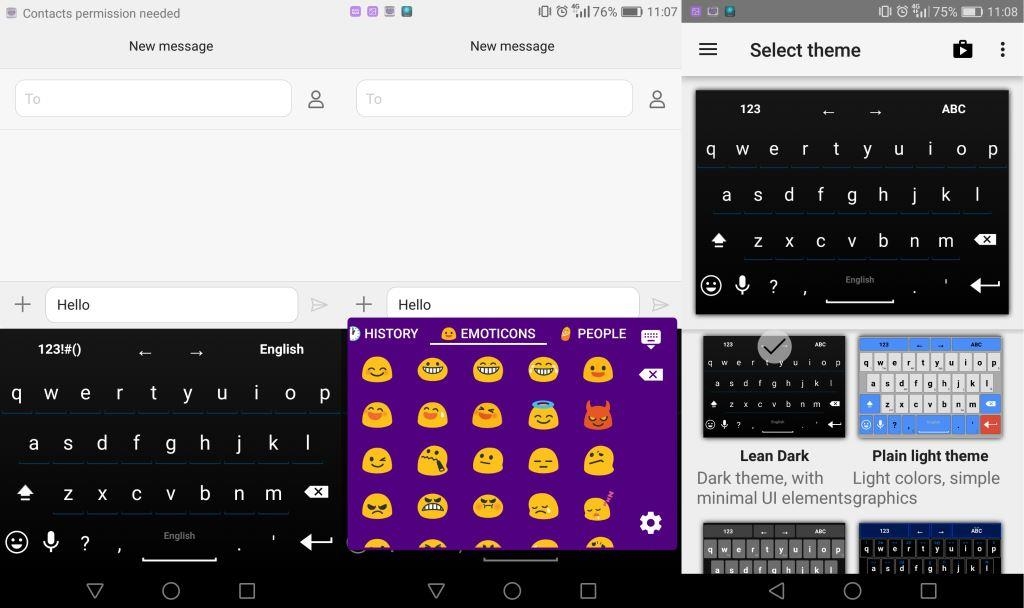 This keyboard is one that’s the go-to keyboard for multi-language support. It has the support for a vast amount of languages, where interchanging between the languages can be done through a swipe.

The keyboard also has multi-touch support, where if you’re using the keyboard on a tablet, will allow you to quickly capitalise letters using Shift+letter, as you would do on a PC keyboard.

Within the app, you’ve got gesture, voice, and theme support.

We do find the keyboard to look a little plain and boring versus other keyboards out there, but nevertheless it’s a free app which you can download and try for yourself. 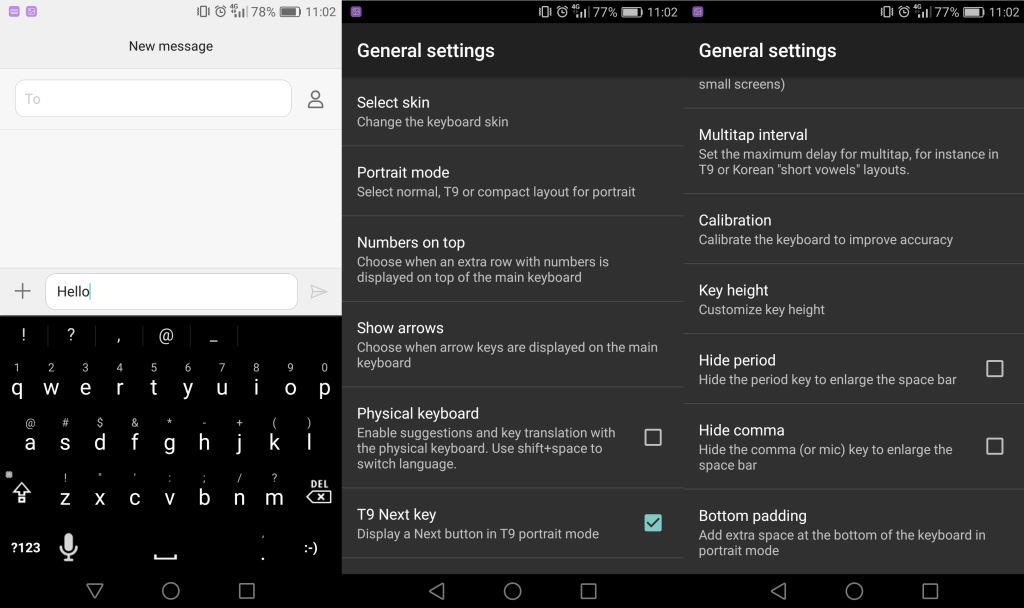 The keyboard is the go-to app if you like to customise the look and feel of your Android experience. Through the keyboard’s settings you can customise the height of the keys and also make the symbols larger or smaller.

What makes the keyboard slightly more unique over others is its T9 input ability, making the transition for people who are not quite used to touchscreen phones that little bit easier, with a T9 keyboard – replicating old non-touchscreen phones.

With the keyboard, you’ll find a voice option, multiple language support, predictive text and a built-in dictionary which analyses your typing habits.

Its only downside is that it costs £1.85 to purchase, once the trial has expired. Put into perspective most of the popular Android keyboards are free, so a £1.85 price tag does make it less appealing.