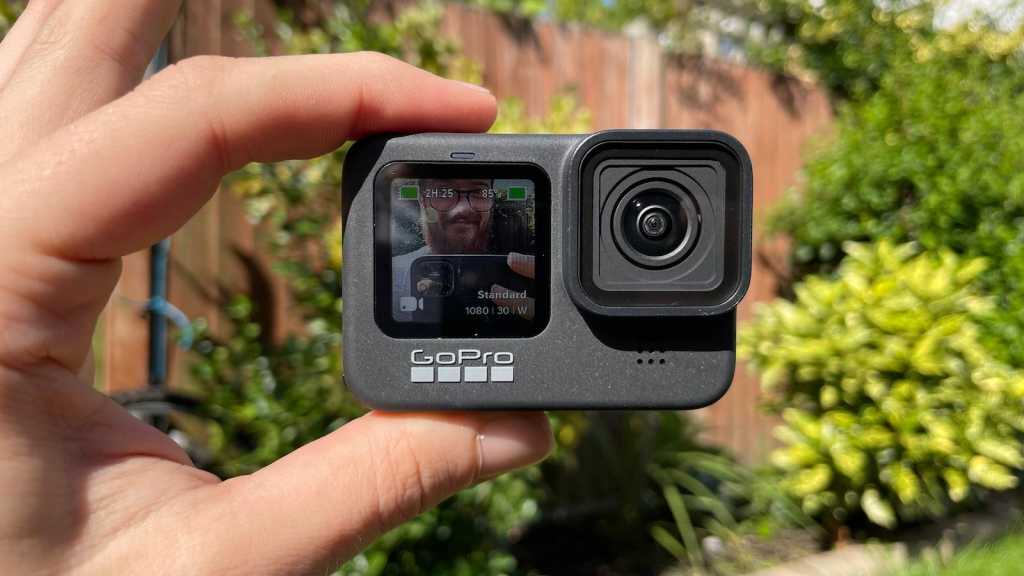 With so many action cameras at wildly different prices, it can be confusing to decide which one to buy. Should you go for a cheaper alternative that looks like a GoPro? Or is it better to pay more and get the real deal?

As we explain below, there are some alternative brands that are good value, but on the whole, you do get what you pay for with action cams. The latest from GoPro comes in the form of the Hero 9 Black, but older models are still widely available to buy on sites such as Amazon and are generally cheaper.

Here you’ll find our recommendations for the models that are worth buying and the differences between them. 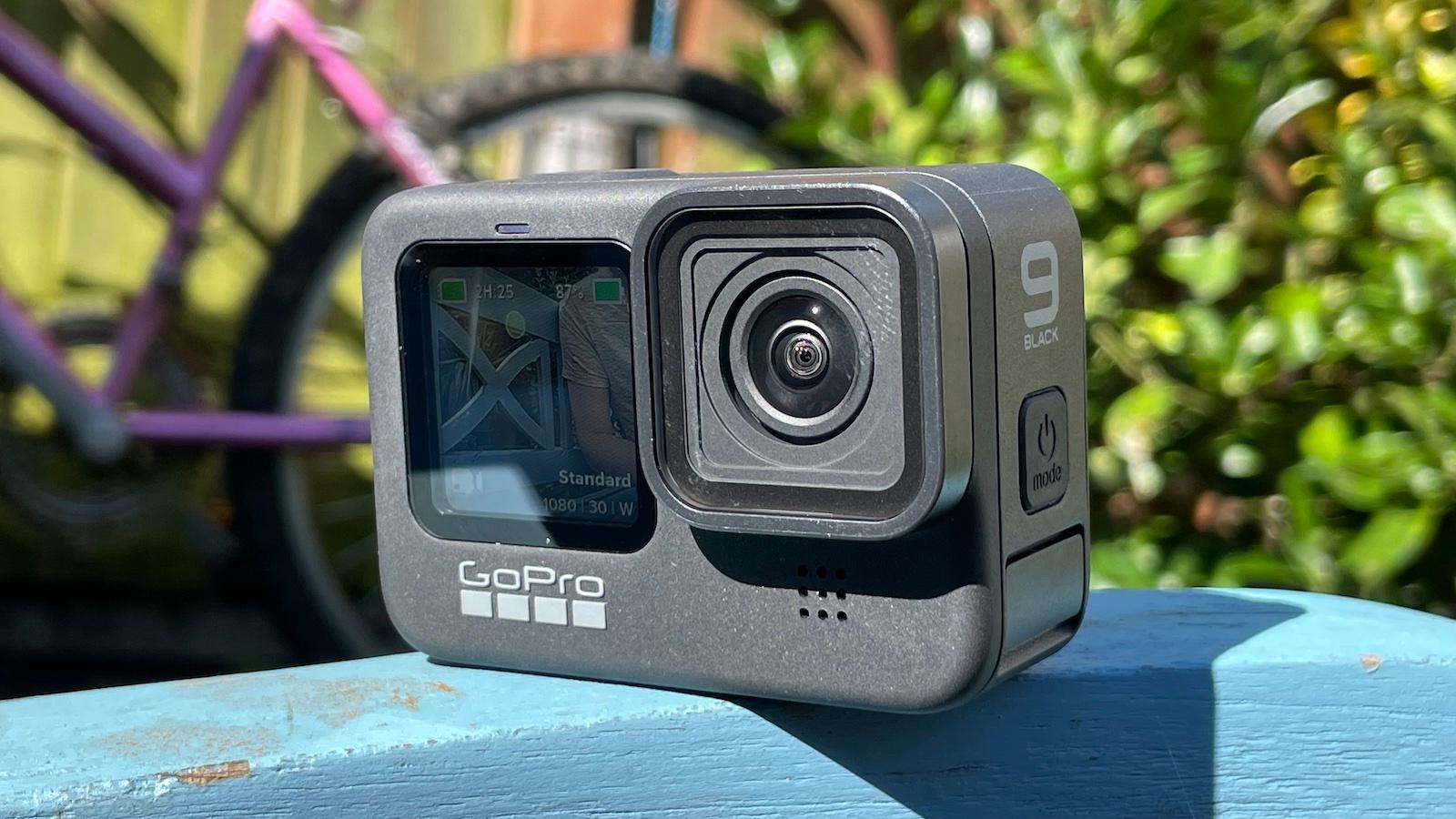 While the GoPro Hero 8 Black shaved off a few millimetres compared to its predecessor, the Hero 9 Black goes in the opposite direction – in fact, it’s the biggest GoPro so far, although still safely in action cam territory.

The reason for the extra heft comes in two parts: it features a new 1.4in colour display on the front that works as a preview for vlogging shots, and there’s a 40% larger battery on board too.

The increased 23.6Mp sensor brings a boost to overall resolution, with the Hero 9 Black able to shoot at 5K@30fps, with HyperSmooth Boost available to stabilise both 5K @ 4K footage.

There’s also the upgraded HyperSmooth 3.0, bringing an even smoother Hollywood-esque capture experience to the action camera, smoothing out most shaking and judder from even the most intense off-road bike rides.

The only real downside is poor touchscreen performance, with lag commonplace when scrolling around the Settings and your gallery of captured content on the camera. 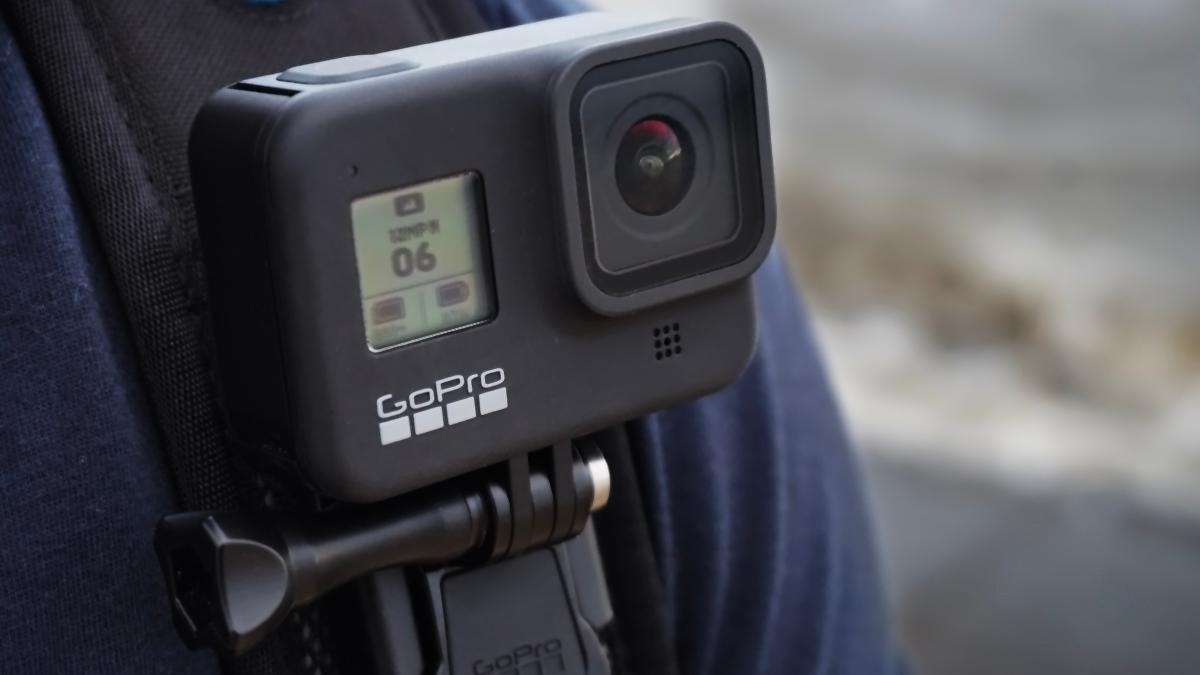 The Hero 8 Black is lighter, smoother and more versatile than its predecessor, and despite the launch of the newer Hero 9, it’s still one of the best action cams on the market right now.

GoPro reworked the design, shaving a few grams off the weight but in addition, it’s also removed the need for a mounting bracket. Just as the Hero 5 Series shed a separate waterproof housing, new folding mount points come built right into the base of the Hero 8 Black, making it quicker and easier than ever to attach and start shooting.

HyperSmooth was the Hero 7 Black’s big talking point, the Hero 8 Black boasts HyperSmooth 2.0 – improved stabilisation that needs to be seen to be believed and better yet, it works across all resolutions and frame rates. If you need even more stability, there’s also a ‘Boost’ setting that’ll work at up to 4K/30fps.

While accessories have always been a key part of the GoPro ecosystem, the Hero 8 Black introduces Mods that further expand its functionality. 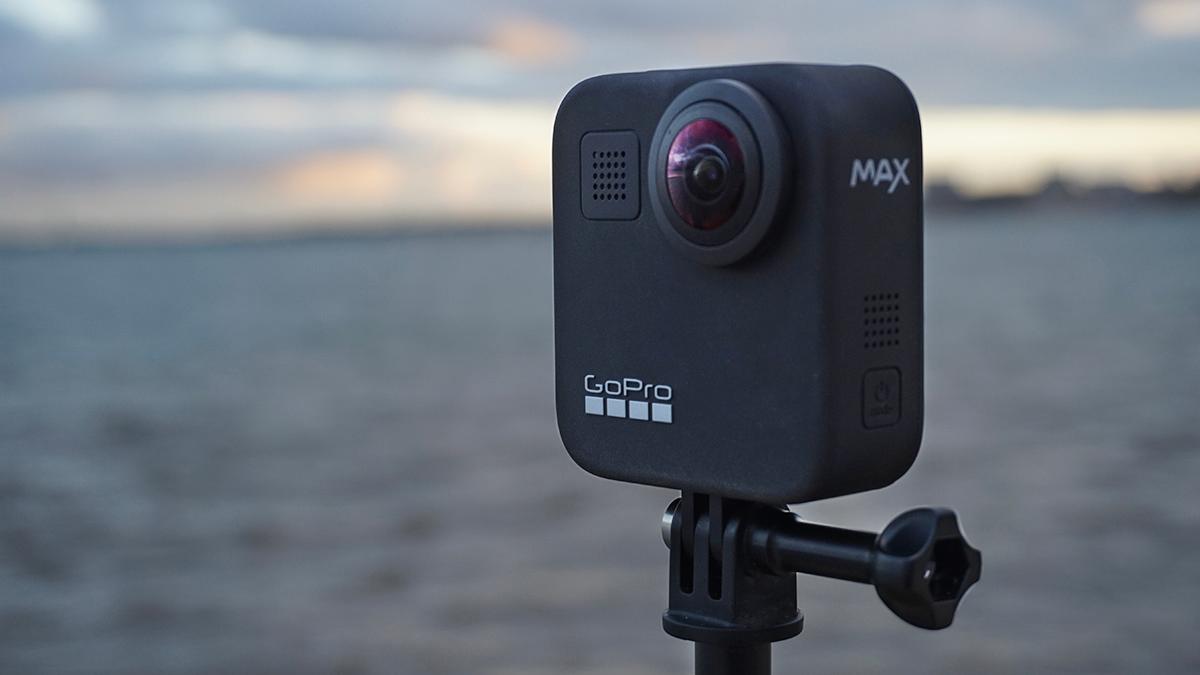 The GoPro Max lives a double life, combining some of the best features of the company’s Hero action cam family with the power and creative versatility of a 360 camera.

The Max offers the widest angle and most stable shot of any GoPro (technology dubbed Max SuperView and Max HyperSmooth, respectively). It also completely rethinks how to shoot and edit 360-degree video compared to the troubled GoPro Fusion – the company’s first 360 camera from 2017.

Pair with the GoPro app, the Max captures footage in such a way that you can edit, frame, reframe and export, all from your phone with an astounding level of ease.

Other smart inclusions include six microphones for ‘ambisonic’ audio capture, as well as smart wind noise reduction, along with the addition of new integrated mounting points that let you attach the Max to existing GoPro mounts directly. 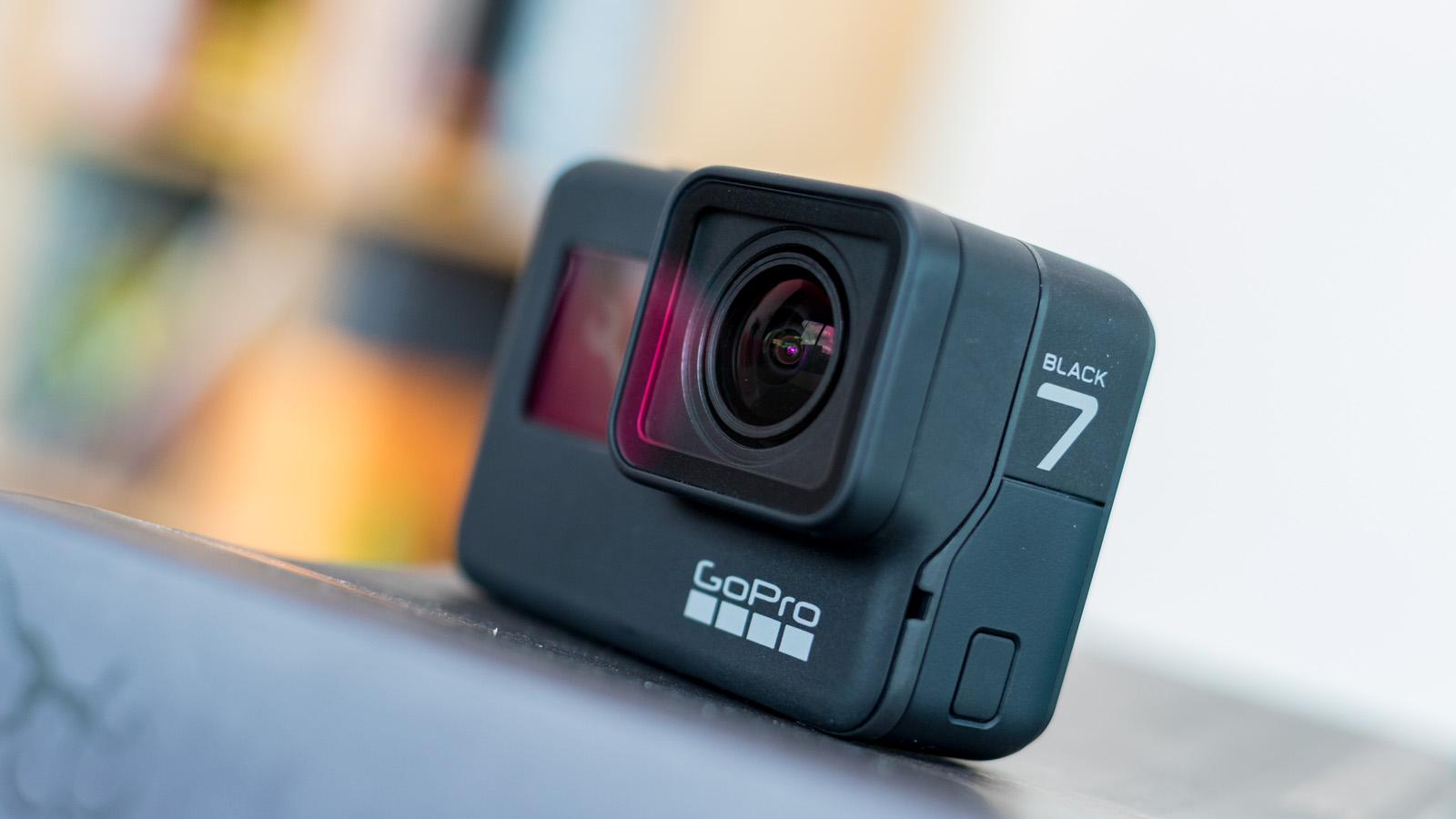 This is a great GoPro at a more affordable price point than previous generations, and despite the Hero 9 now being available to buy, you can still pick up the Hero 7 from a variety of retailers.

It has, like the Hero 6, a 12Mp lens with video capture up to 4K at 60fps. The newest feature is HyperSmooth, GoPro’s built-in function that stabilises video footage in most resolution settings, but not at 1080p or 2.7k at 120fps.

But shooting at 60fps is fine, and the results are noticeably great. It was also the first GoPro ever you can live stream from by tethering to your phone, although this is limited to 720p, and it’s available on all newer models too. 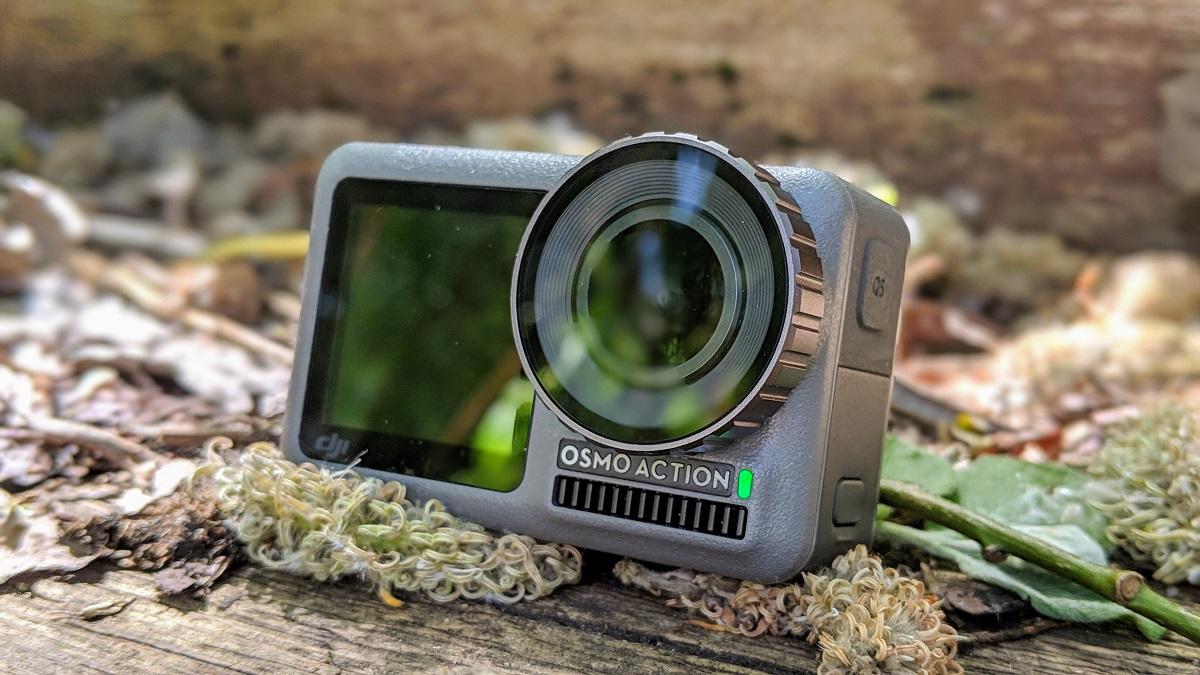 Considering how good the Osmo Action is, we’re a bit confused as to why DJI hasn’t been challenging GoPro in the action camera market for years.

This is a high-end GoPro rival and comes in at a lower price. However, it doesn’t scrimp on design, specs or features. In fact, the Osmo Action is better than the GoPro Hero 8 in various ways.

It’s waterproof to 11m, can record HDR video and has an innovative dual-screen design. We’re not just talking about a basic monochrome LCD display at the front, as on most GoPros. Instead, you can actually switch to a live view on this display, like using your phone for a selfie.

This makes life easier in a number of situations, as does DJI’s stabilisation system, called ‘RockSteady’.

There’s a lot to like here and very little to fault, all at a cheaper price than the equivalent GoPro. And, what’s more, it’s compatible with select GoPro mounts too. 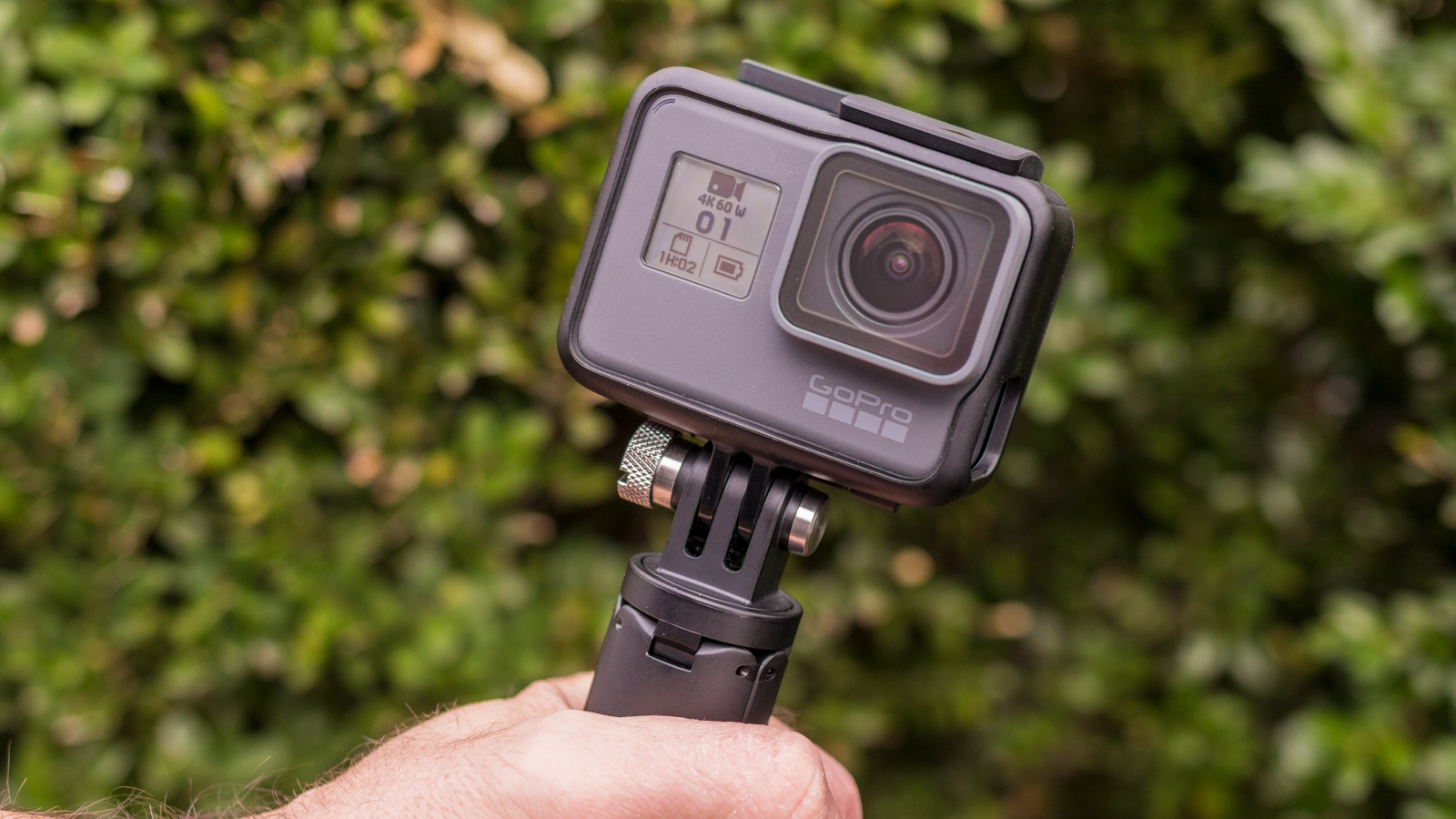 Although it looks exactly like the Hero 5, the Hero 6 is very different inside. Essentially, GoPro used a custom-designed processor (called the GP1) rather than using an off-the-shelf Ambarella, as most action cams do. What this means is that the Hero 6 has a raft of improvements beyond the highlight 4K video @ 60fps and 1080p HD @ 240fps.

For example, there’s much better low-light quality and also better dynamic range compared to its predecessor. Plus, there’s three-axis stabilisation, even when shooting in 4K (although not at 60fps).

For photos, there’s a proper HDR mode that combines three shots and there’s 5GHz Wi-Fi which halves the transfer time sending videos to your phone for editing and sharing with GoPro’s app.

The touchscreen is faster and more responsive and voice control is improved: you can now turn on the Hero 6 just by talking to it.

Ultimately, it’s not cheap but the Hero 6 Black is still a decent action camera. Its main problem is that the newer, better Hero 7, Hero 8 Black & Hero 9 Black now exist. 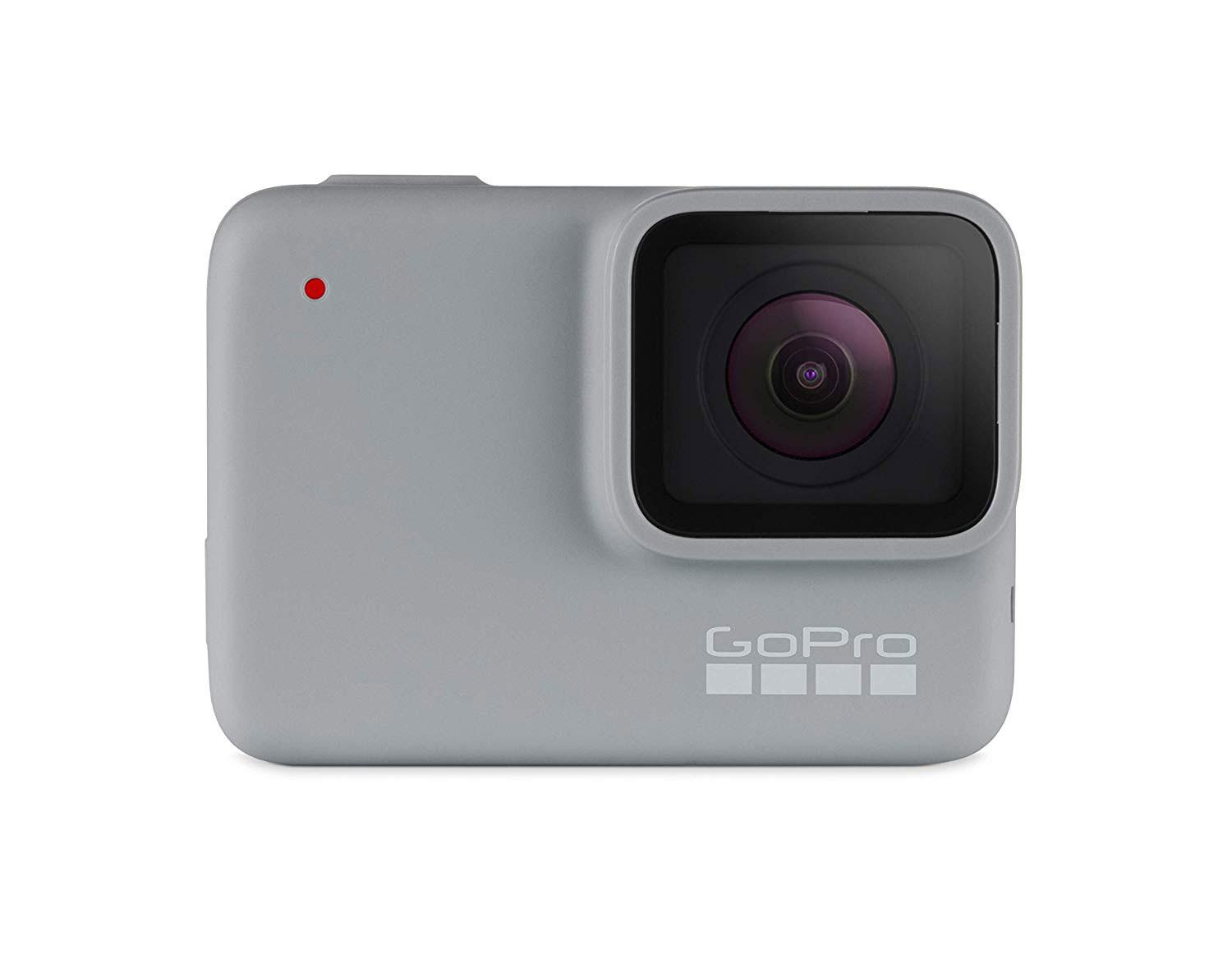 This is the simplest but most affordable GoPro out there. It’s cheaper because it doesn’t shoot in 4K: it’s limited to 1080p or a strange, squashed version of 1440p.

There are some other cut-down specs – it has a 10MP sensor instead of 12, has just 2.4GHz Wi-Fi, no ProTune mode and no support for external microphones.

You might think these are fine compromises but it’s quite a lot of money to spend on an action camera when you can get 4K for less.

However, being a GoPro, the Hero 7 White is reliable and won’t let you down. It’s also waterproof without a case, which will make it far more appealing to some people than one of the cheap clones, partly because that means you get better sound. It even has three microphones and automatically switches if one is picking up lots of wind noise.

Handily, it works with GoPro’s app, which does a fine job of editing your clips, and you can remotely control it from your phone too. 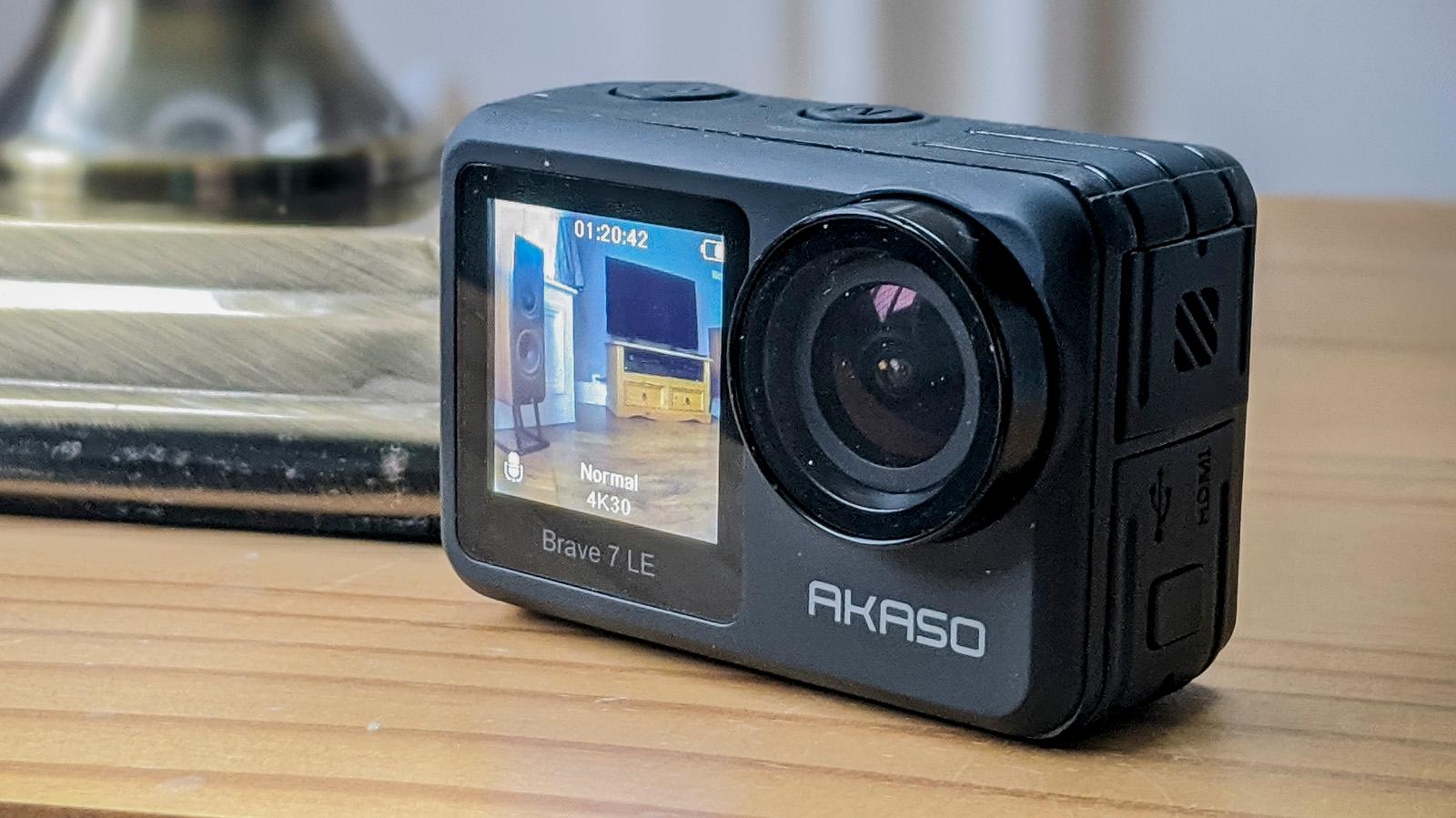 Capping out at 4K@30fps and 20mp stills, the Akaso Brave 7 LE isn’t quite as capable as the Yi 4K+, but it’s also much cheaper than many GoPro alternatives.

It does have a lot going for it, with dual screens, a minimalist design and a raft of accessories that come in the box (including mounts and a remote). The quality of footage shot in the daytime is detailed enough for everyday use, although with basic software-powered image stabilisation it can’t quite compete with official GoPro cameras.

The accompanying app is another pain point for the Brave 7 LE, but that’s an issue common among cheaper action cameras right now.

Are GoPro clones any good?

The real-deal GoPro cameras may be pricey, but they’re generally worth the money.

As well as being reliable and rugged with good-quality mounts, they also have loud beeps which tell you when they start and stop recording and turn on and off. Don’t underestimate the importance of this, since once the camera is mounted, it’s often in a place where you can’t easily see it. Plus, recent models have voice control so you don’t have to be able to reach the camera or touch it.

We’ve yet to see a clone with the same features, which means you’ve often no idea if you successfully started recording when the camera is mounted on your bike helmet: you have to start recording, then put on the helmet to be sure.

Some allow remote control but apps tend to be flakey and not nearly as slick and reliable as GoPro’s, while battery life can be worse.

However, these drawbacks aren’t always deal-breakers and are worth trading off for the amazingly low prices.