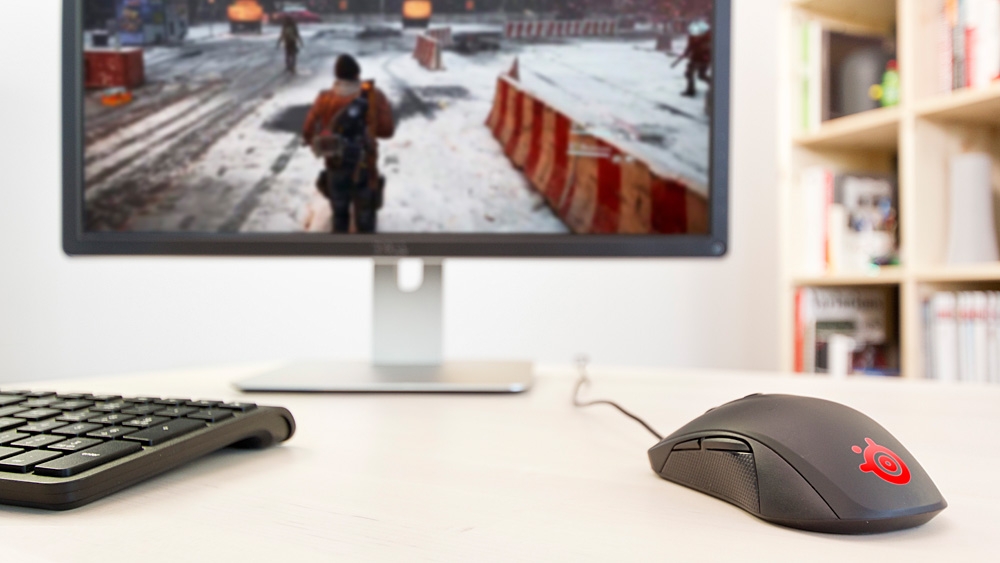 There’s a whole host of mice for PC and Mac out there, all with different colours, sensors, and functionality, and often designed for different purposes. But with such a wide variety to choose from, how do you know which best suits your needs?

When on the market for a new mouse, there are a few important elements to consider:

These questions will help you to quickly figure out what you’re looking for in a mouse, and to make things even easier, we at Tech Advisor have been testing out mice of all shapes, sizes and budgets so you don’t have to. Here, we present our choice of the best computer mice available to buy in 2022.

Mice aren’t just for desktops though – you might also want to consider using them with a laptop. 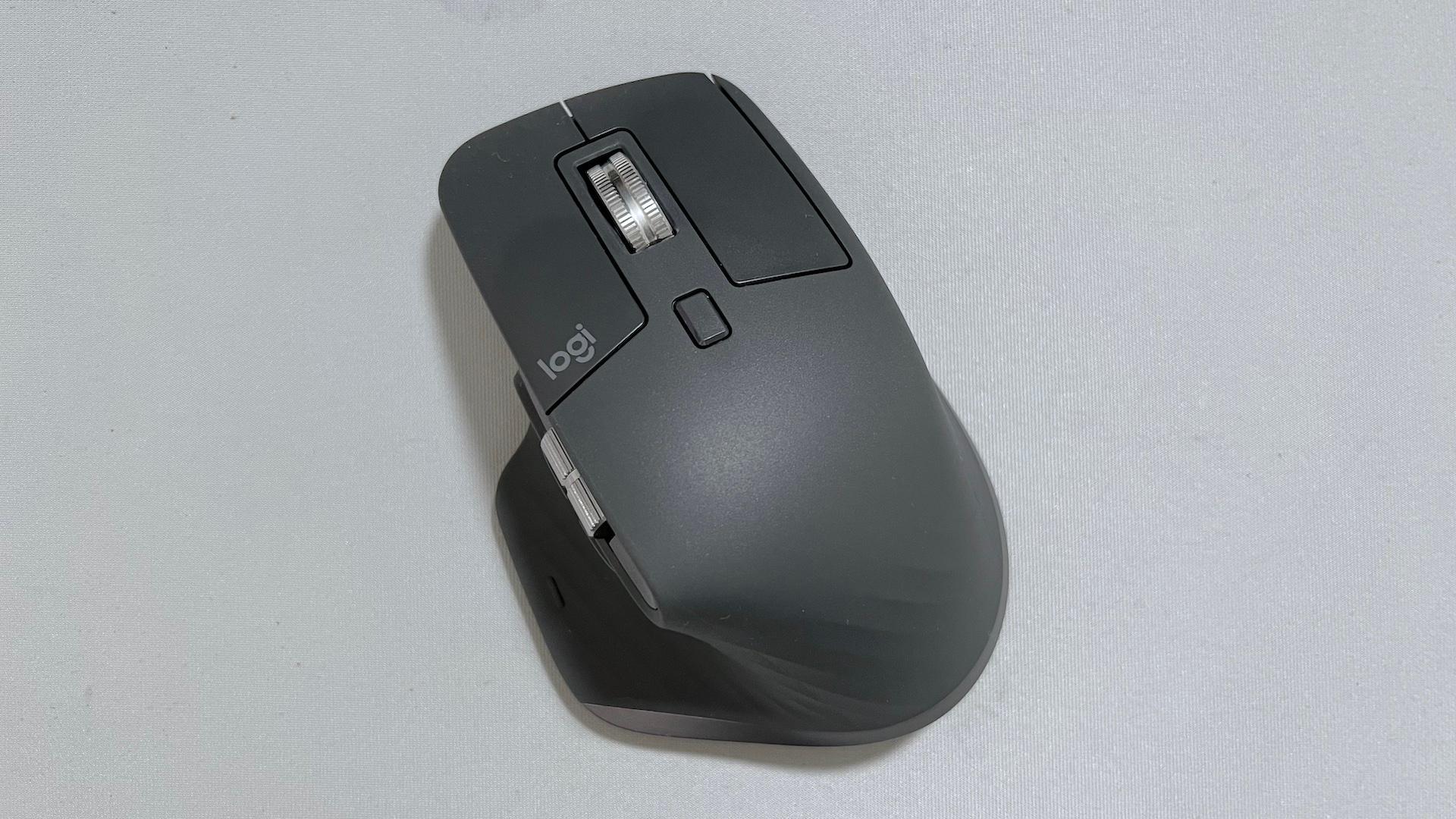 The Logitech MX Master 3S is a small but important update to Logitech’s most popular desktop mouse, the MX Master 3, that solidifies it as one of the best mice available.

Like its predecessor, the design of the MX Master 3S is gorgeous – in fact, at a glance, you wouldn’t be able to tell the difference. That’s a good thing because it’s still just as comfortable to use and the curves fit perfectly against your hand.

Don’t let the near-identical look fool you though; beneath the curved body you’ll find a new, upgraded 8K DPI sensor. Up from 4K of its predecessor, it’s perfect for quickly moving your mouse across multiple displays – especially when they’re high-res 4K displays.

There’s also a new click mechanism that’s an impressive 90% quieter than its predecessor, making for a less distracting noise if used in an office or in a Zoom call. Nobody (except you, of course) like’s the sound of a crisp click every 2 seconds throughout the workday.

Importantly, the sound dampening doesn’t have a knock-on effect on how crisp the mechanism feels when clicked – it’s still as satisfying as ever.

Elsewhere, it’s very much business as usual for the MX Master 3S. Other perks include a machined steel scroll with an electromagnetic mechanism that all but removes resistance from the scroll while not making a peep.

There’s also support for Logitech Flow, allowing you to seamlessly move your mouse between displays – even when they’re different computers running different operating systems. It makes copying and pasting files and working across a multi-computer setup a breeze.

Through the software, you can also set up app-specific controls using a combination of pressing the gesture button where your thumb rests and swiping with the mouse in a particular direction.

The MX Master 3S can be connected using Bluetooth, wired connection via USB-C or Logitech’s proprietary Logitech Bolt wireless connectivity. The wide array of connectivity options makes the mouse fantastic for use with various platforms and types of setup.

No matter what you need a computer mouse for, it’s likely that the Logitech MX Master 3S will do the job – and then some. 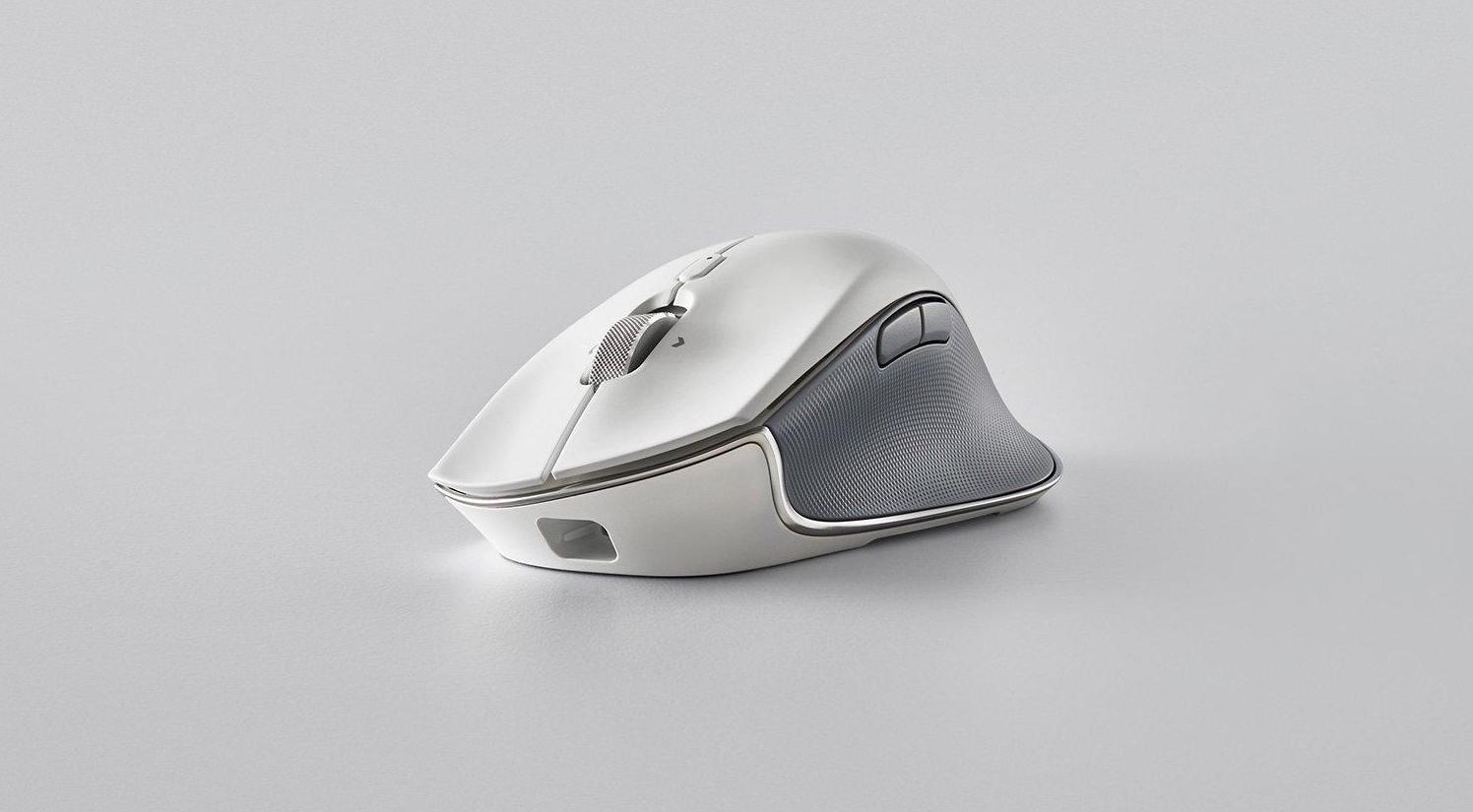 Razer may be best known for its range of gaming peripherals and laptops, but the company also has a line of less gamer-specific gadgets for creatives and power users.

The Razer Pro Click is one such accessory, tailored towards power users that use macros on a day-to-day basis. That could be to speed up your video editing workflow or quickly access a tool in Photoshop – macros aren’t just for gamers, after all. There are 8 reprogrammable buttons in total, more than any other entry in our chart.

Razer being Razer, it hasn’t skimped on the DPI either; sporting an impressive optical sensor with a whopping 16,000 DPI, you’ll get a fast, smooth experience ideal for those working across larger displays, or those with a multi-display setup. Like Logitech’s MX Master 3, the Pro Click offers multi-host connectivity with up to 4 devices, allowing you to quickly move from a desktop to a laptop without a fiddly reconnection process.

The wireless mouse connects primarily via Bluetooth, making it compatible with both Windows and Mac, but without dedicated Razer software available for macOS, it’ll be limited to basic mouse functionality on Mac.

And, of course, the white and grey colour combination looks great – but what did you really expect from a company like Razer? 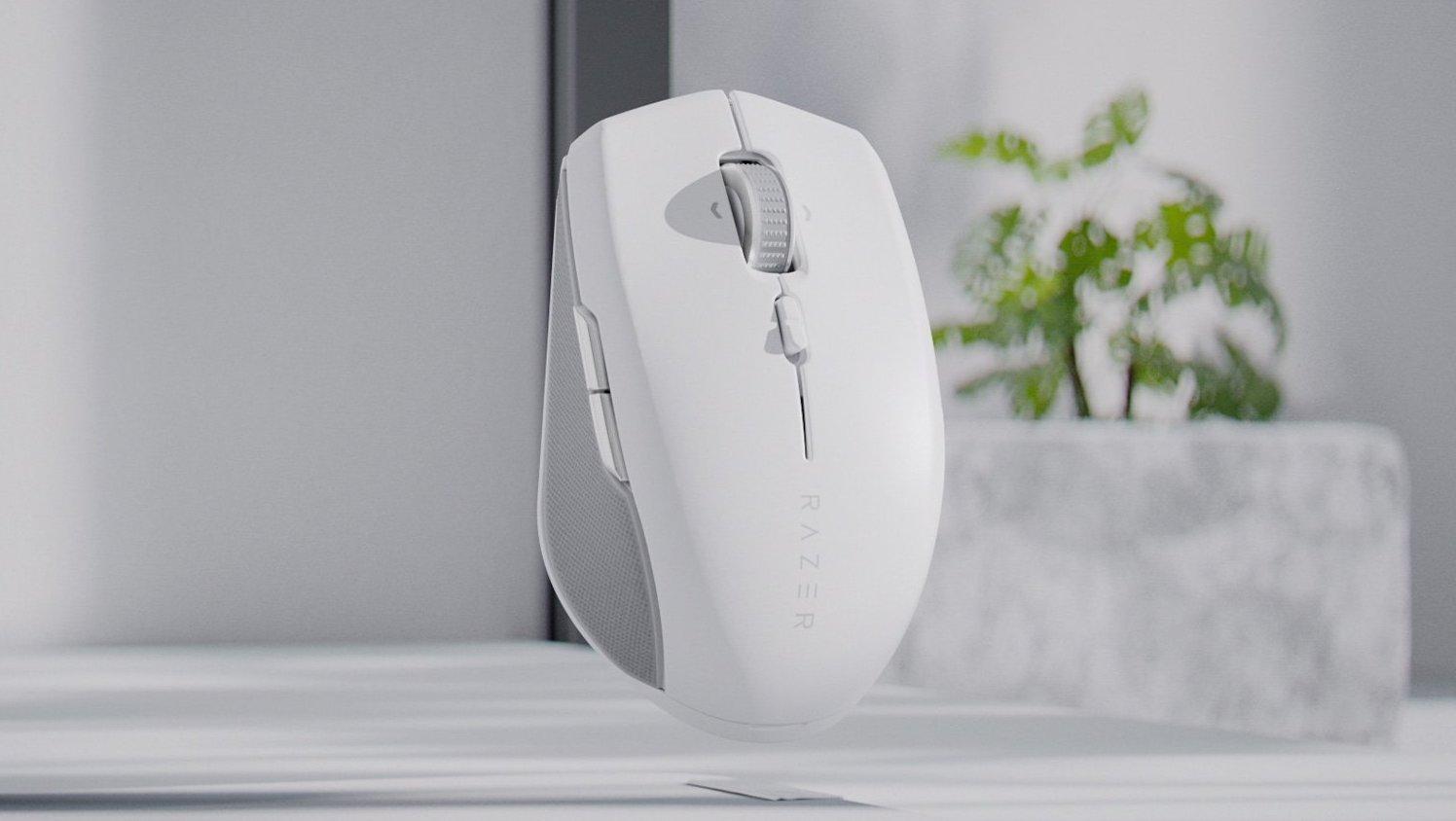 In many ways, it’s the same as the Razer Pro Click, sporting the same combination of Razer Hyperspeed wireless and Bluetooth connectivity for multi-platform use, reprogrammable buttons and general design aesthetic as its bigger brother, but there are a few subtle changes.

The biggest is, of course, the form factor. Measuring in at 100.2 mm x 62.7 mm x 34.2 mm and just 111g with two AA batteries inside, it’s the most portable of all mice in our chart, making it the ideal laptop pairing. It’ll certainly perform better than the built-in trackpad of most laptops! But despite the small dimensions, the mouse fits perfectly into the palm of the hand for a comfortable typing experience.

Crucially, the mouse clicks are tactile with satisfying feedback, but without the annoying click that usually comes with it. If you’re in a shared workspace, it’s something those around you will no doubt appreciate. Combined with a maximum 12,000DPI, it’s a versatile small-scale mouse that provides a great experience.

Lasting up to 725 hours via two AA batteries, it’ll keep on going too – although that drops down to 465 hours when using the Razer Hyperspeed connectivity. Razer’s proprietary wireless connectivity is provided via a tiny USB-A dongle that lives within the mouse itself, which is great for most, but it’s not so ideal for those with USB-C laptops like the MacBook Air. 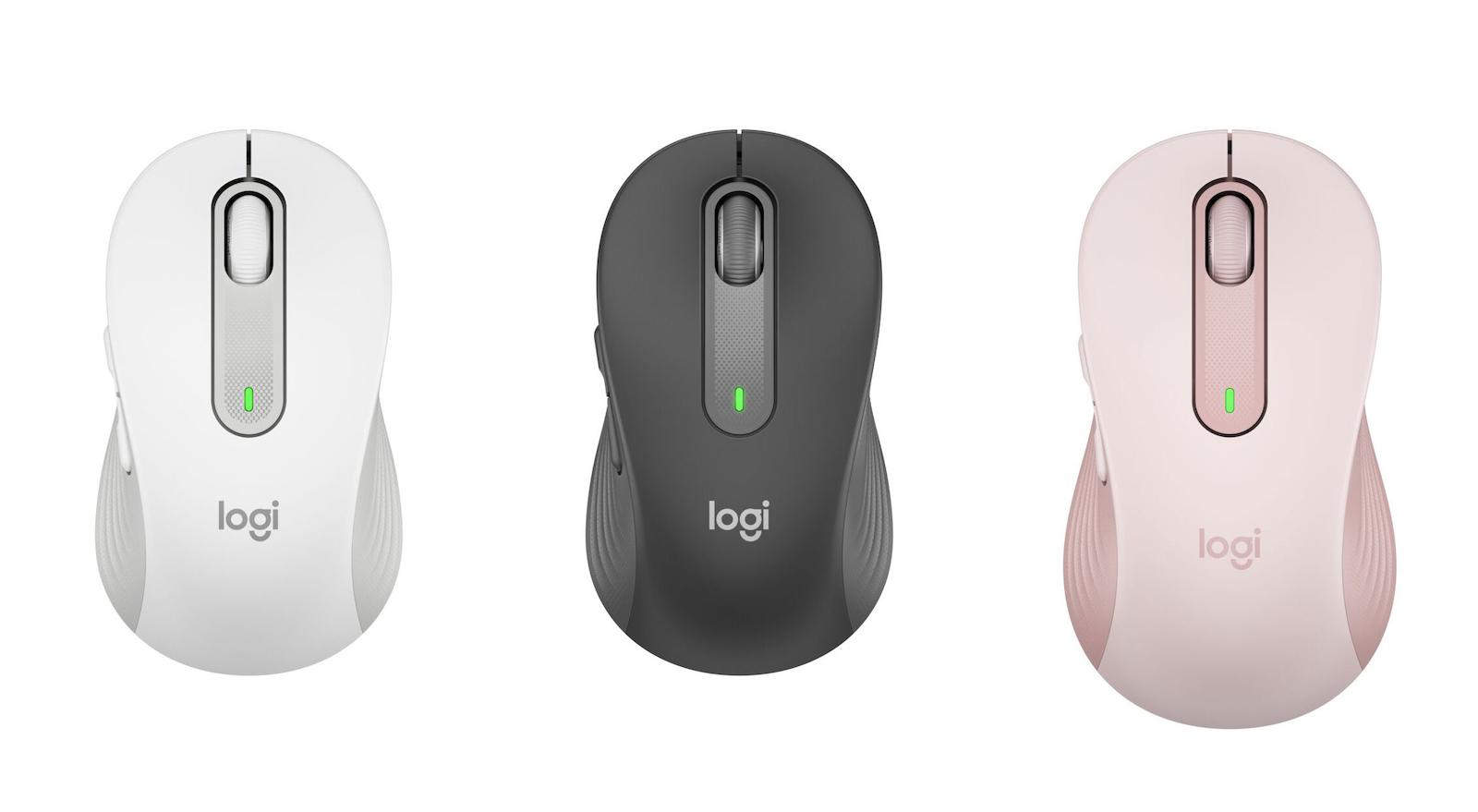 If you’re looking for an inexpensive wireless mouse that doesn’t make a lot of noise, look no further than Logitech’s Signature M650.

But while it’s at the budget end of the market, it offers elements of the flagship Logitech MX 3 experience with the same SmartWheel scrolling tech that’ll switch between a precise notched scroll and a fast smooth scroll intelligently. There are also two side buttons that sit by the thumb, both customisable to perform actions or open apps on both Windows and Mac.

It also makes use of Logitech’s SilentTouch technology to reduce the sound of mouse clicks by up to 90%. While that’s hard to quantify, the clicks are notably more muted than the regular MX Master 3 without sacrificing click feedback.

The ergonomic shape of the mouse fits into the palm of your hand comfortably, and unlike many alternatives, there are different shapes available for small/large hands and left/right-handed users – just be sure to purchase the right variant at checkout!

The Signature M650 connects primarily via Bluetooth, and comes with a handy USB Bluetooth dongle (stored in the battery compartment for safekeeping) for use in older PC desktops without built-in Bluetooth. It’s compatible with PC and Mac, and it’ll play nicely with the iPad too.

The only real budget giveaway is the feel of the material used; while the rubberised sections are soft to the touch, the plastic body feels brittle and a little cheap in the hand.

Still, throw in up to 24 months of use from a single AA battery and you’ve got a great workhorse that won’t make much noise. 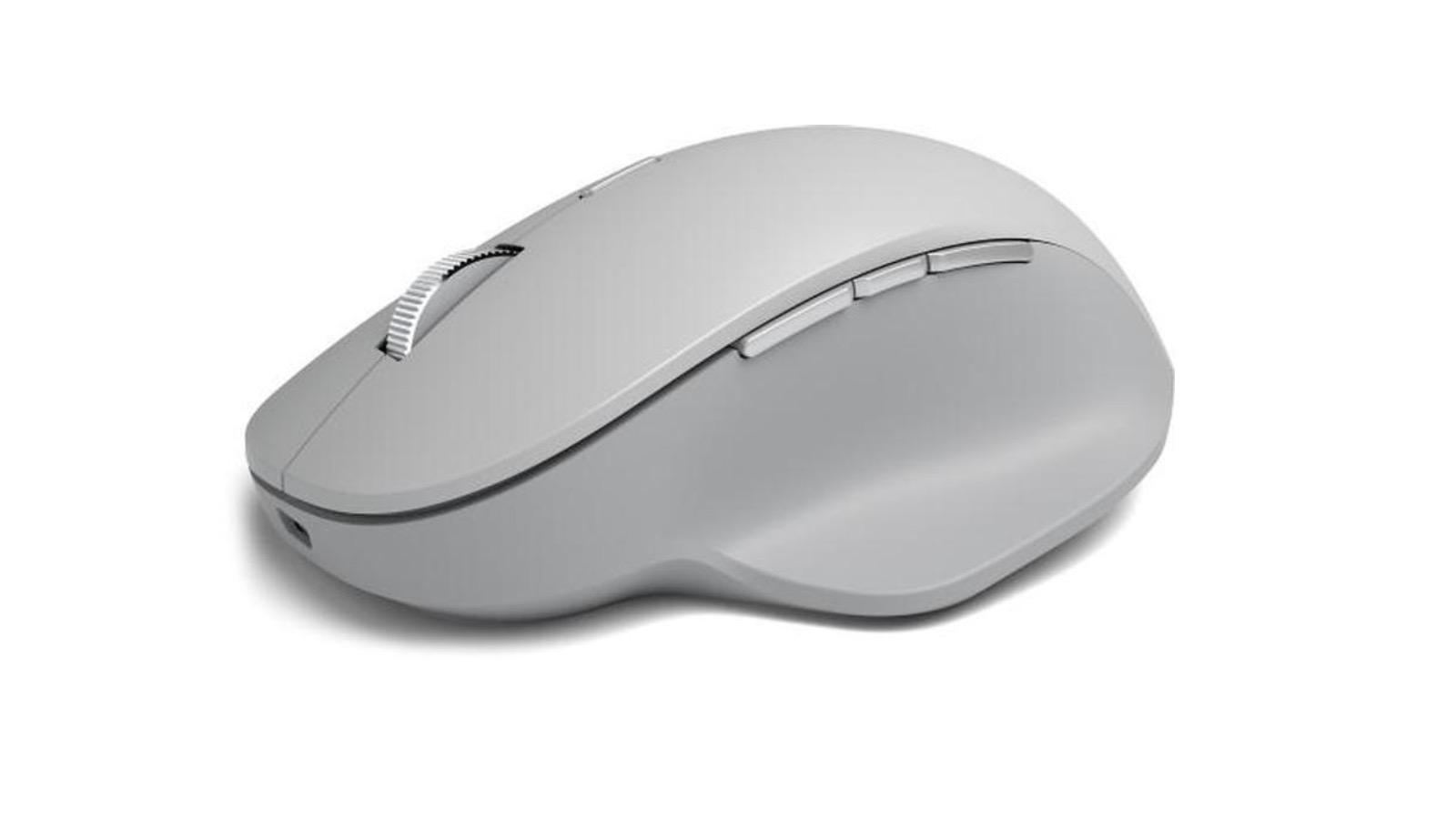 The Microsoft Surface Precision Mouse has an understated grey design that might look a little boring, but this is a serious contender for the best mouse out there.

It’s heavier than a lot of rivals at 135g but the weight actually makes it a joy to use. It glides like an experienced ice skater across a mouse mat with ease and grace.

Build quality is exceptional with solid construction. The top part offers a smooth surface while the sides are grippy, although perhaps not as much as some.

The scroll wheel can be toggled between smooth or magnetic detent scrolling quickly using the button just behind it. You can also customise vertical or horizontal scrolling.

The Surface Precision uses Bluetooth 4.2 Low Energy and can connect to up to three devices simultaneously with the option to use a USB wired connection if needed.

A total of six buttons gives you a lot of control and four of them are customisable so you can make the mouse do what’s most useful for you. However, this, along with Smart Switching, are not available on Windows 10 S or Mac.

Inside are rechargeable batteries and the Surface Precision can last up to three months. 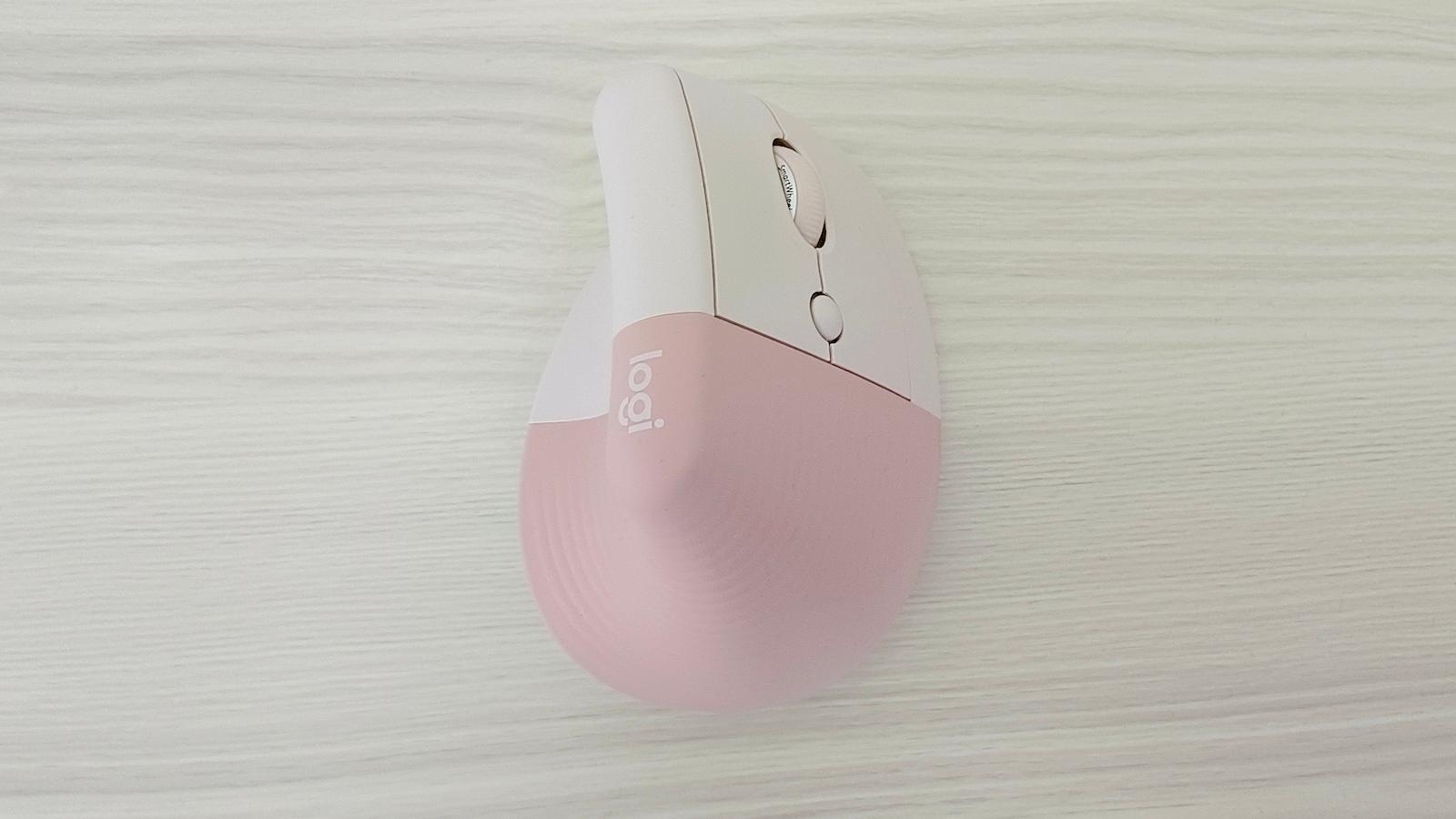 Logitech has expanded its range of ergonomic mice with the introduction of the Lift Vertical Ergonomic Mouse, a device designed for productivity and comfort, especially for those who struggle with arm stiffness or aches.

The Logitech Lift comes in a choice of three colours – white, pink and black – and includes a range of buttons that can be customised in the Logitech Options Plus app to perform app-specific functions and more.

This device differs from the Logitech Vertical MX by its size, as the Lift is aimed at people with smaller hands. You can either connect it via the supplied Bolt 2.4GHz dongle, or via Bluetooth.

The mouse may be a little jarring to use at first if you’ve never tried out a vertical shape. However, after a period of adjustment, the Lift is extremely comfortable for hours on end, and I never felt like I was straining to click the buttons or navigate. The design isn’t ambidextrous, but the Lift is also available in a left-handed design.

This is not really the best mouse for gaming, better suited to those who are working, especially due to its near-silent clicks, smart scrolling and lengthy 24-month battery life.

However, it is pricier than the other wireless ergonomic mouse in our chart, the Anker Ergonomic, and not as portable as the likes of the Logitech Signature M650, so it’s not quite the perfect option for everyone. 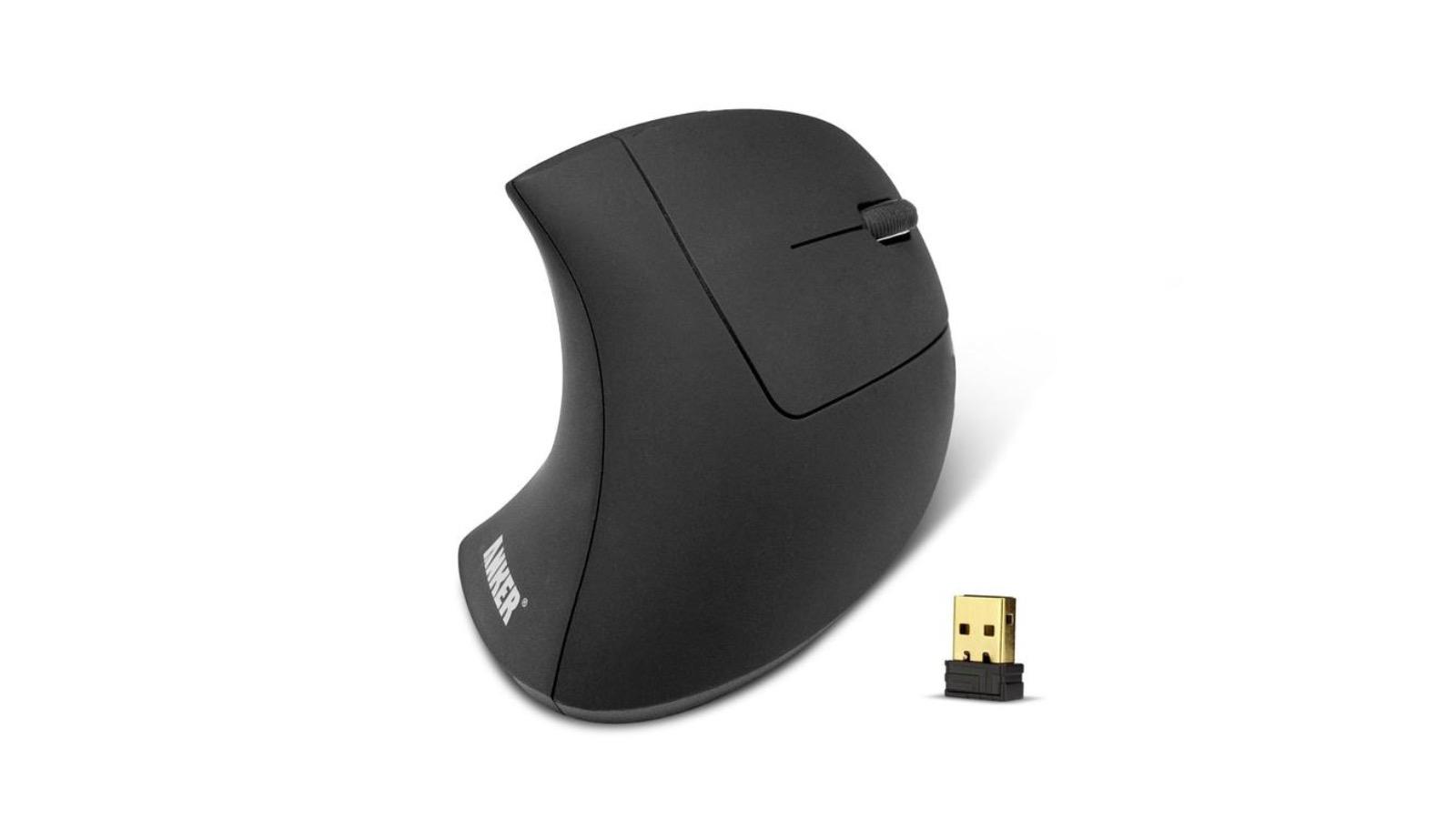 The Anker Ergonomic wireless mouse is aimed at those who want a different grip on their mice, whether due to a health condition or mere preference. The Anker is a vertical-shaped mouse, which is held completely differently to conventional mice.

The Anker connects wirelessly through a 2.4Ghz connection which works alongside a USB dongle. It also has two buttons on the left hand-side, which can be used to quickly go backward and forward on web pages. There’s also a button at the top of the mouse allowing you to quickly adjust the DPI level up to 1600.

If you’re likely to use your mouse for a lot of gaming, you might also want to look at our guide to the best gaming mice – many of them feature sensors, buttons, and software designed specifically with gamers in mind.