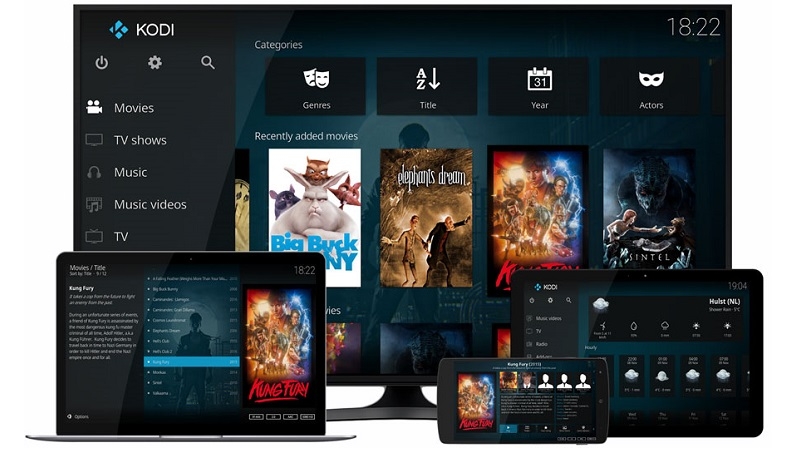 Amazon’s Fire TV range stretches to a few models now, including the 4K Fire TV Stick and – even in the UK now – the Fire TV Cube.

They give you easy access to plenty of content (as well as Alexa) but a Fire TV becomes an even more useful gadget with Kodi onboard. Kodi is an excellent media player with an interface designed for TVs. It’s a shame, then, that you can’t just install Kodi from the Fire TV’s appstore as it’s not there.

But, with a little work – and by following our instructions below, you can easily get Kodi up and running.  You’ll need to have your Fire TV set up and connected to Wi-Fi.

Note that sideloading Android apps – as we are doing here – is something you carry out at your own risk. Installing apps from third-party sources does present a security risk, but as Kodi can be downloaded directly from the developer’s own website, it’s much safer than getting an Android app from an unknown site.

Also, bear in mind that Kodi is a media player. It doesn’t provide content. It allows you to play and view most videos, music, podcasts, and other digital media files from local and network storage media and the internet.

Before you start, you can reassure yourself that Kodi is legal. Also you can check out the best Kodi add-ons including Plex and YouTube for inspiration on where to get content when you’re done.

Also, note that we used a second-generation Fire TV Cube for this tutorial, running the latest version of FireOS. If yours is older, options and screens might be slightly different.

First things first, you need download an app so you can download apps from the internet. It sounds odd, but that’s the only way to do this process entirely on the Amazon Fire TV.

The best way to find the Downloader app is to search using Alexa. Press and hold the Alexa button on your Fire TV remote and say “Alexa, find Downloader app” and you should see it in the results.

Click on it, and then again to install it. 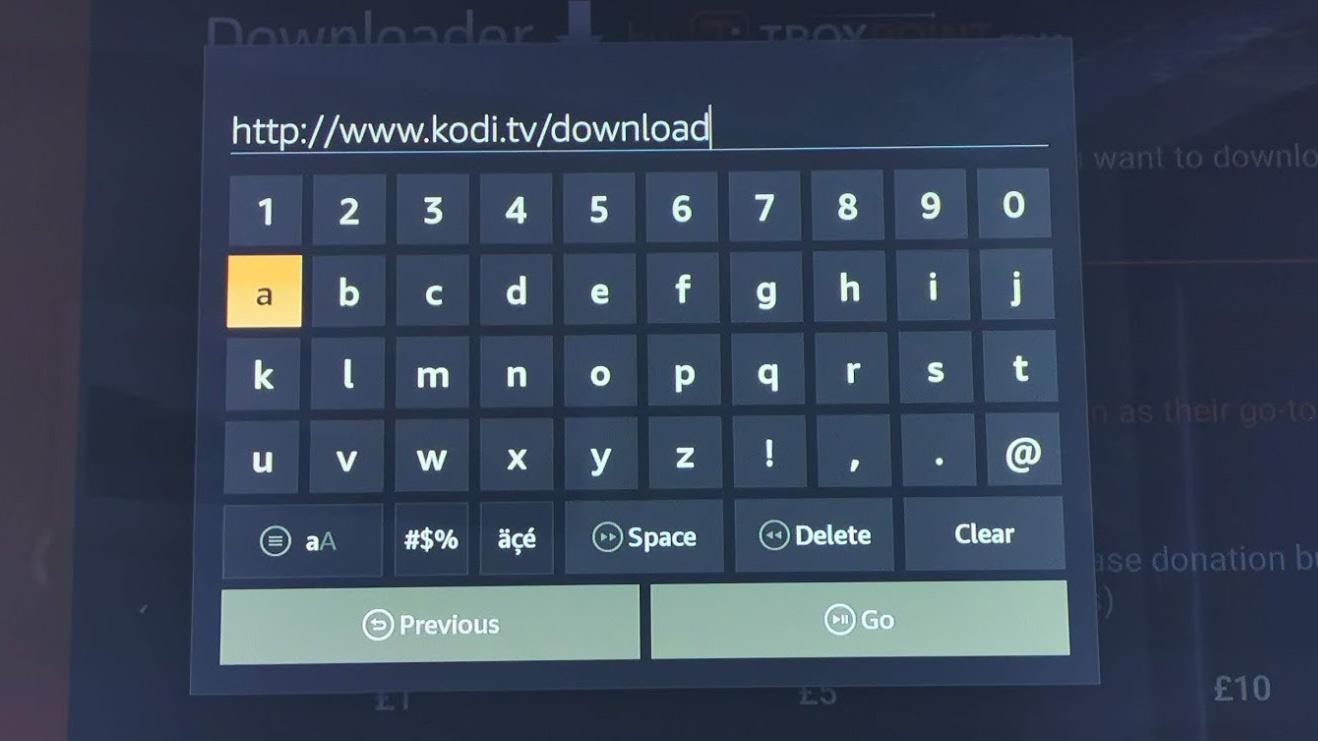 When the Downloader app has been installed you will find it on your Fire TV home screen.

Launch it and you’ll see the http:// prefix, ready for you to type a web address.

So press the middle button on your Fire TV remote to bring up the keyboard and type the URL as shown in the image: kodi.tv/download

Press the play/pause button on the remote to go to that web page. 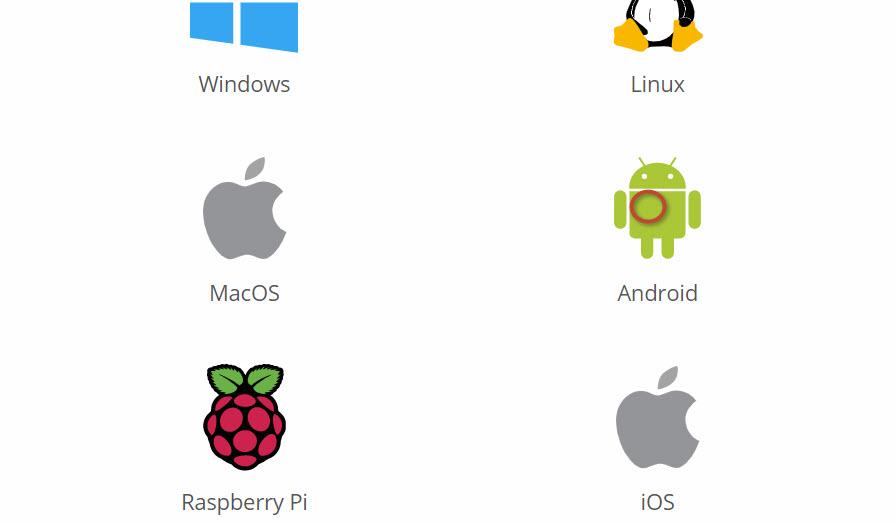 The Kodi download page will load and you can use the remote’s direction controls to move the little red circle to scroll down the page and select the Android version of the app. 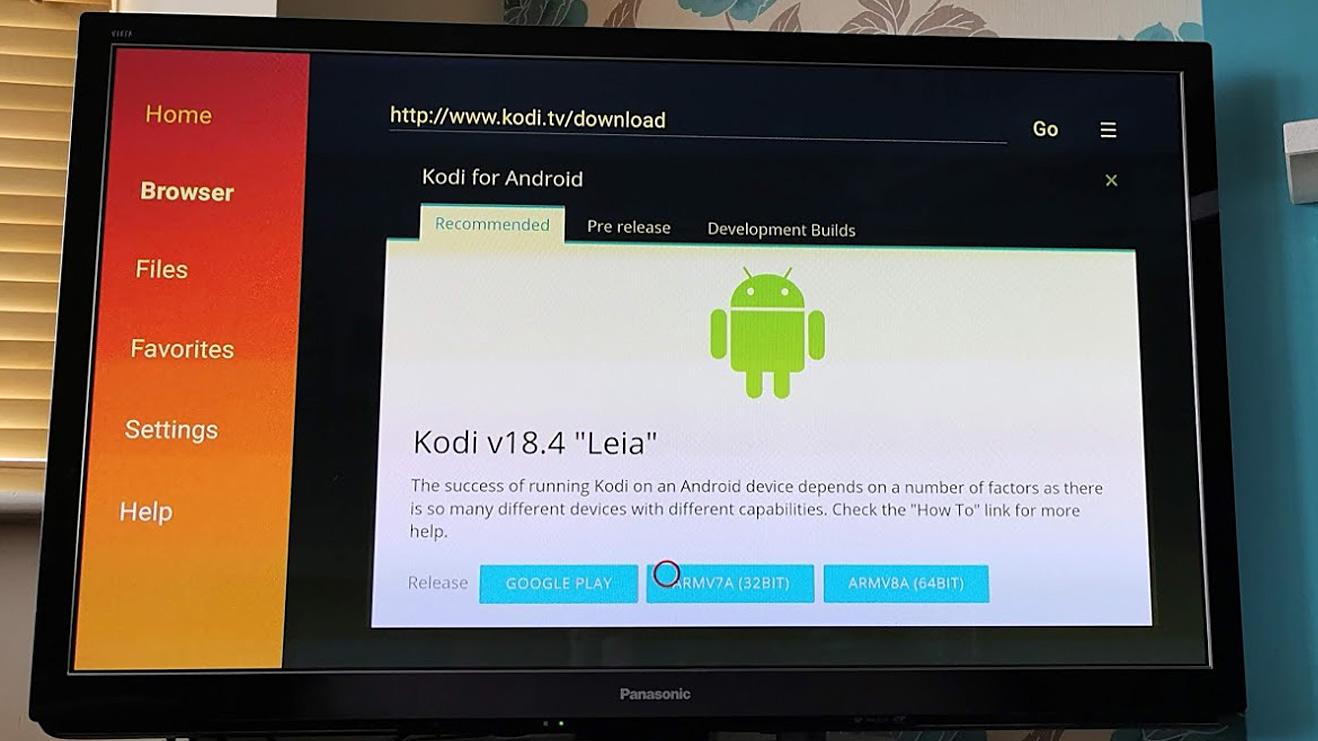 You now have a choice of versions. We went with the 32-bit one, even on the latest Fire TV Cube. You can try the 64-bit, but we’d recommend sticking with the 32-bit unless you have problems with it. 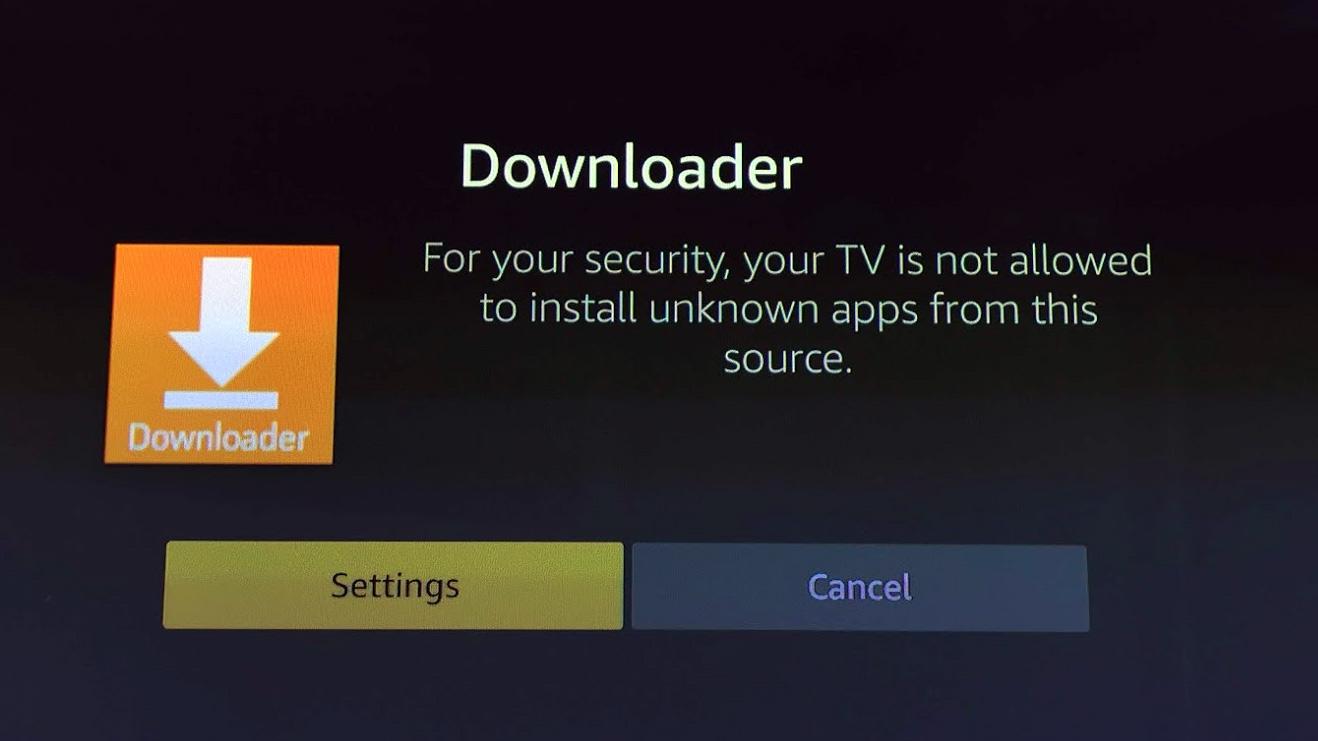 When the file has finished downloading, click on Install. You’ll see a screen like the one below, warning you that apps outside of the appstore cannot be installed. 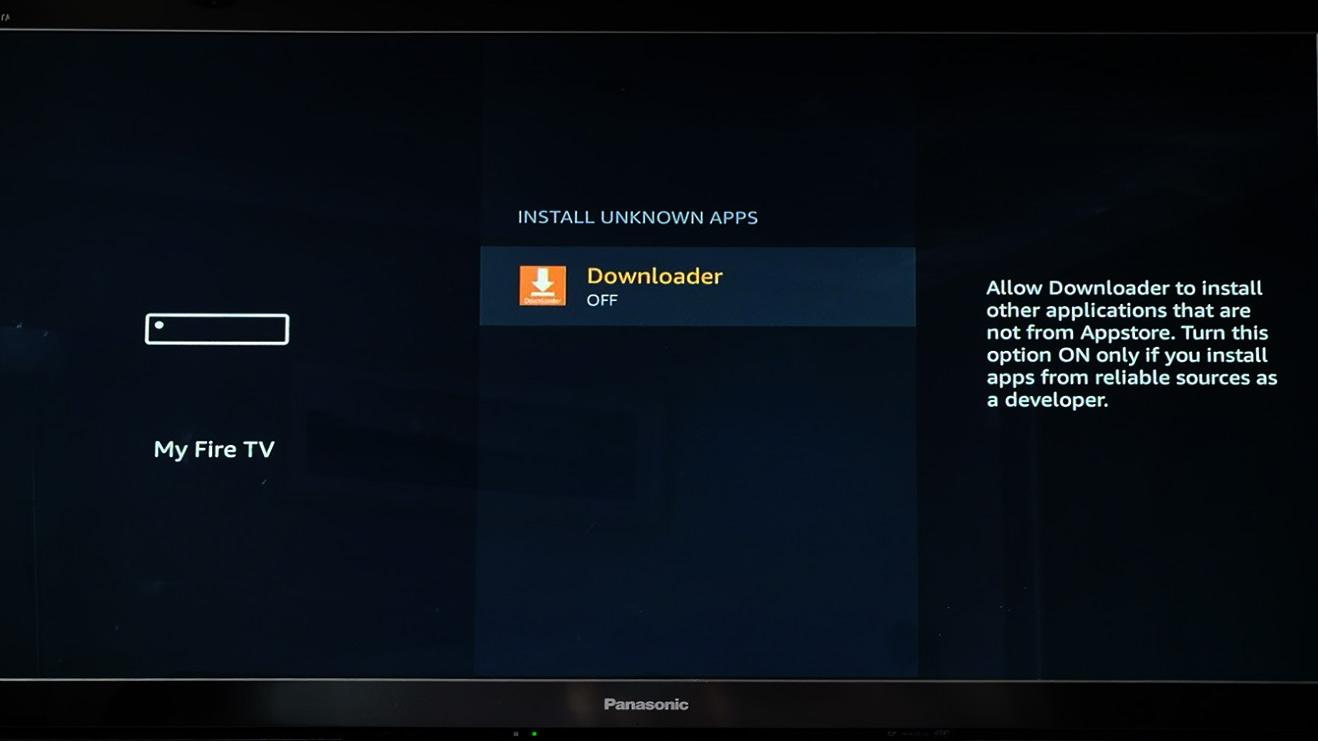 This will take you to the Developer settings. It’s simply a case of pressing the select button on the remote to flip Downloader from OFF to ON, allowing apps from that app to be installed.

Press the back button on the remote to go back to the dialogue box asking you to install Kodi and click Install again. This time it will be installed. 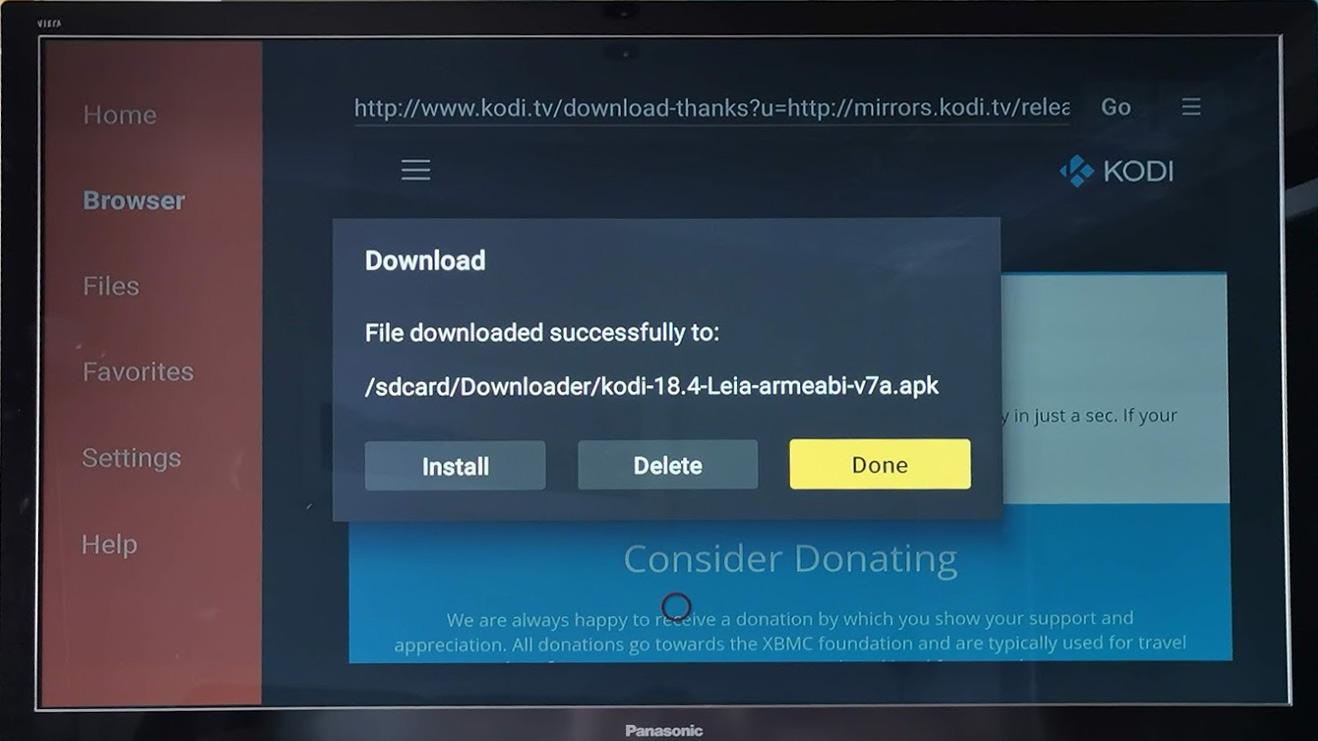 We’re nearly done now, so after you’ve seen a confirmation message that Kodi has been successfully installed on your Amazon Fire TV, select the Done option in the dialogue box. 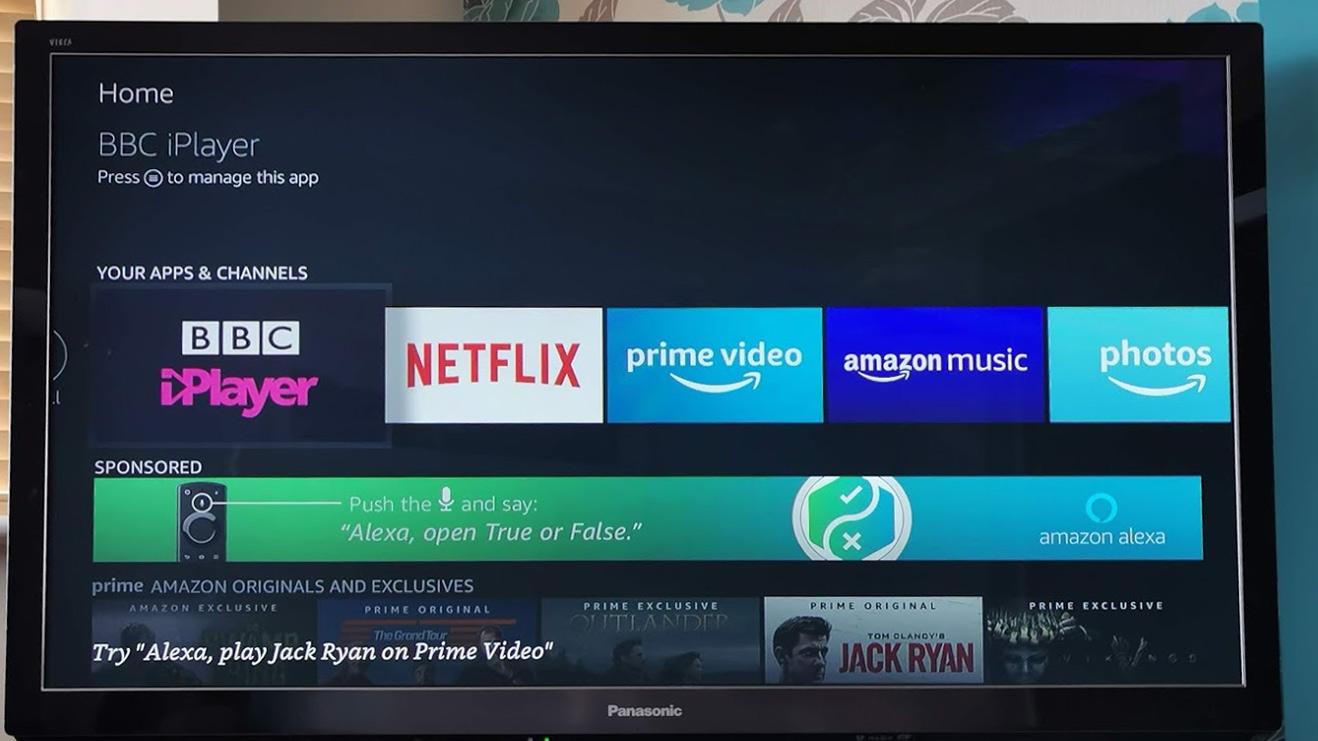 We expected Kodi to appear on the home screen just like the Downloader app did, but it wasn’t there. This is because the Fire TV does not add a shortcut for sideloaded apps. In order to find it, go to the home screen and scroll down to the Your Apps & Channels row. Scroll along it until you see a ‘See All’ icon on the right. 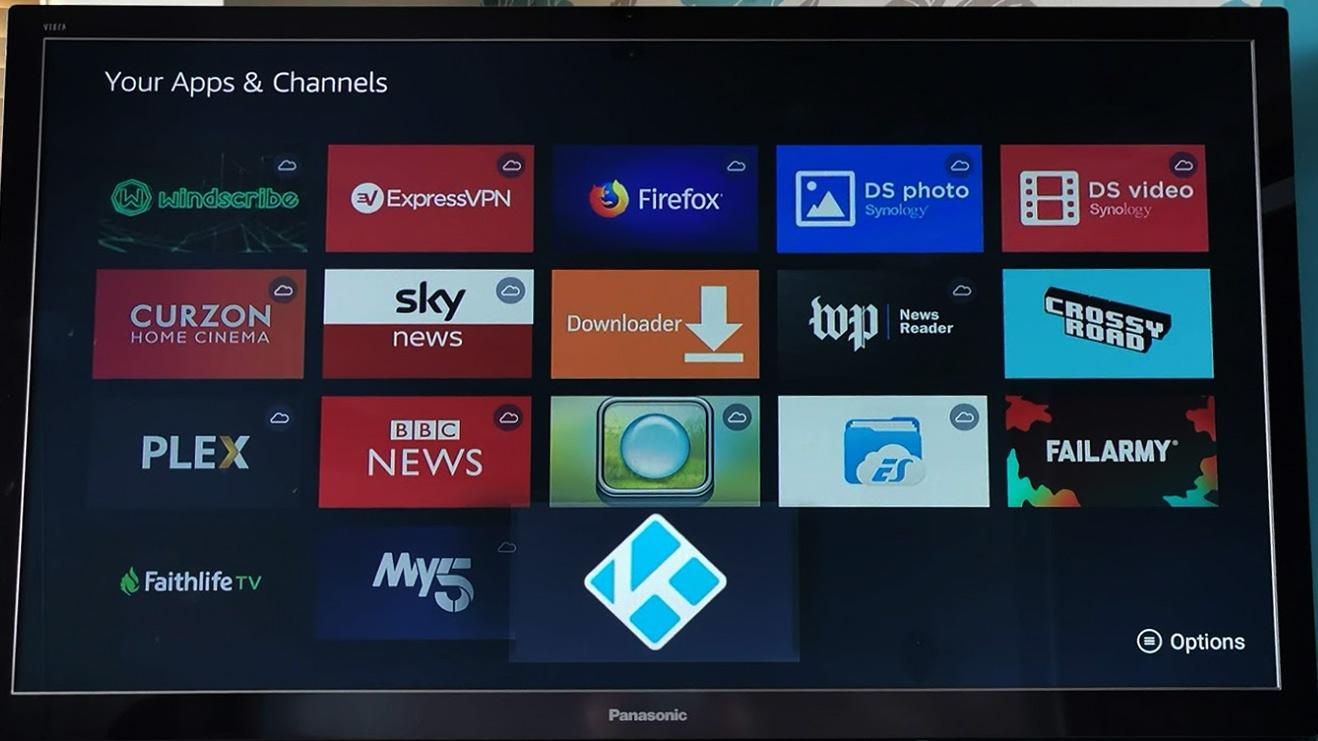 You might now see the Kodi icon on your TV, but if not, scroll down until it appears: it should be the last app in the list. 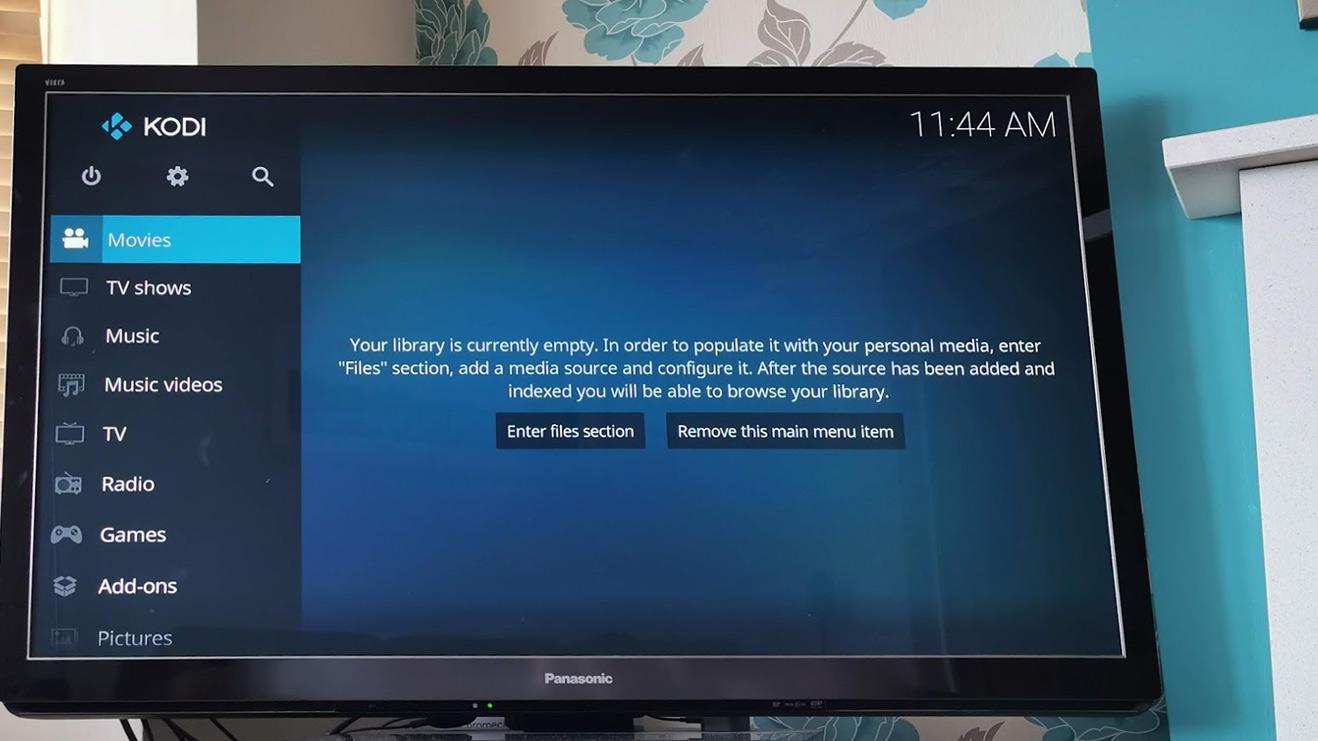 Kodi will start up and you’ll see a screen like this.

If the Kodi interface doesn’t quite fit on your TV, go to your Fire TV’s settings, go into the Video options and adjust the scale until you can see all four arrows.

By default you won’t see any content. To stream videos from the internet using Kodi, you’ll need to install add-ons.

See how to install the Exodus add-on for Kodi.