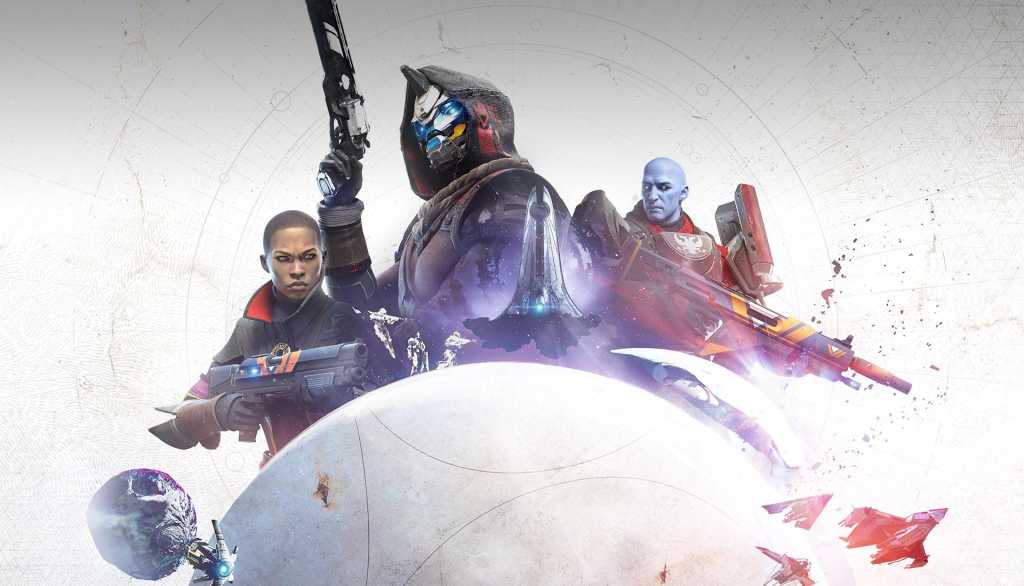 While quality free games used to fall to demos for larger titles or indie-made Flash games on sites like Miniclip, today there’s a rich catalogue of high-quality free-to-play titles out there that are sure to impress.

Some of these entries may contain in-game transactions or the offer of paid DLC, but the one thing they all have in common is zero barrier to entry – at least no financial barrier – we can’t account for skill.

In its current incarnation, the free-to-play model itself is relatively new in the wider gaming landscape; with some long-standing titles that were originally pay-to-play, or indeed pay-to-win, throwing out such traditional sales models in the hopes that removing the entry fee will bring in more players, not only raising the chances for in-game purchases but creating a larger, healthier player base overall.

As alluded to, free-to-play games like Fortnite rely on the sales of cosmetics (alongside Battle Passes) to generate cash – optional extras that don’t give players an advantage but simply offer the ability for greater visual character customisation in an effort to stand out from the crowd.

Described by its creators as a “competitive game of action and strategy,” Dota 2 is a hugely popular MOBA (multiplayer online battle arena) game that originated from the WarCraft III mod ‘DOTA’ (Defence of the Ancients).

In fact, the game maintains the title of having the biggest e-sports prize of any game on the planet, with ‘The International 6’ featuring a prize pool of a whopping $20 million.

The idea behind the game is pretty simple: players pick a hero and battle it out against the other team, and using tactical gameplay, bring down the enemy base. There are over one hundred heroes available and every hero has a variety of skills and abilities.

When combined with the skills of your teammates’ characters, the gameplay can be quite unexpected and ensures that no two games are ever alike.

Free to play and available for download via Steam.

The fast-paced multiplayer frag-fest, Quake Champions, made the move to free-to-play back at QuakeCon 2018 – two years on from its initial launch.

The game combines elements from the original Quake (1996), with the multiplayer game modes of Quake III Arena (1999).

In addition, there are the titular ‘Champions’, each with unique active and passive abilities, as well as the game’s fast-paced movement mechanics, all of which you’ll need to familiarise yourself with to be as effective as possible in the arena.

Another hugely popular MOBA that’s free to play is League of Legends; a game that boasts worldwide tournaments that fill arenas, including Wembley, with fans, offering prizes in the millions.

The game is described by its developers as a “fast-paced, competitive online game that blends the speed and intensity of an RTS with RPG elements.” Two teams comprised of five players battle head-to-head across various battlefields and game modes, with the aim of destroying the enemy ‘Nexus’ (which is pretty heavily protected as you might imagine).

However, the game isn’t over when the opposing team is wiped out – instead, players must think strategically to destroy the various inhibitors positioned throughout the map with the aim of wiping out the enemy Nexus. The inhibitors are protected by turrets which are best handled when you use minions to take the flack (top tip there), and if you attack a nearby champion, the turret will automatically focus on you.

There’s also a huge focus on customisation, as players are able to fully customise their champions to suit their style of gameplay – players can enhance their armour, magic resistance and health, to take on the role of a tank, for example. It’s a game, like many other MOBAs, that won’t take long to learn but will take years to master.

Destiny 2 is an online-only multiplayer first-person shooter from legendary developers, Bungie – responsible for a couple of little-known franchises called Myst and Halo. Perhaps you’ve heard of them?

The game originally launched as a pay-to-play title, but in mid-2019 made the move to free-to-play under the guise of ‘Destiny 2: New Light’.

You play as a guardian – a revived warrior, imbued with the powers of the Light, tasked with protecting Earth’s last remaining survivors from a plethora of different intergalactic/interdimensional scourges, including the insectoid Fallen, the dark apparitions that are The Taken, the mysterious Hive, the technologically advanced Vex and the brutish Cabal.

You can choose between one of three base classes – Titan, Warlock or Hunter – and can join up with friends to zip around the solar system taking on the aforementioned baddies in a myriad of amazing worlds or go PvP and take on other guardians in a range of competitive game modes.

You’ll also find new armour and weapons as you carve a path for yourself but, of course, spending real money grants you access to a few fun cosmetic extras too.

While we’ve personally overdosed on Epic Games’ number-one title right now, there’s no denying that Fortnite is an incredibly successful and accessible free-to-play online shooter, with a fun art style and game-changing building mechanics thrown in for good measure.

The game originally launched in late 2017 and has undergone constant evolution to both its gameplay mechanics and the overarching narrative, with players currently jumping into ‘Chapter 2 – Season 2’.

The battle royale formula has you facing off against up to 99 other players in an ever-shrinking map filled with buildings, items and weapons.

The twist is that almost everything you see is destructible, letting you mine the environment to build new structures of varying resilience that could be the difference between an easy win and a nasty loss during the endgame.

Play Fortnite by downloading it from Epic Games’ website.

World of Tanks is a popular MMO (massively multiplayer online) game featuring early to mid-20th Century fighting vehicles. Players find themselves browsing a selection of armoured vehicles before being dropped into an epic battle on a random map.

The player has complete control over the movement of the vehicle, as well as its weaponry, and players are able to communicate with teammates via both text and voice chat. The aim of the game is to wipe out the other team or capture a base (though this isn’t present in every game mode).

Though the game is free to play, players can opt to pay for the use of ‘premium’ features (like additional tanks).

Warframe is a free-to-play third person shooter with co-operative capabilities, developed by Digital Extremes (and also available on PS4 and Xbox One).

Players are dropped into the virtual world as members of the Tenno, a race of ancient warriors (or “space ninjas” as we refer to them) at war with the Grineer, the Corpus, and the Infested.

The player characters are equipped with exo-armour called ‘Warframes’ and together with teams of up to four, have to work together to complete missions. Missions vary from having to wipe out enemies to hacking terminals in order to retrieve data and even have you assassinating high-ranking targets.

Players are equipped with three weapons; a primary weapon (rifle, shotgun etc.), a secondary weapon (usually a pistol, but players can also opt for bladed weapons) and a melee weapon (again, bladed weapons, including swords and axes).

Each piece of equipment can be upgraded, and these upgrades are usually found on the bodies of defeated enemies but can also be found by completing challenges and missions.

For those looking for something slightly different, we offer Hearthstone: Heroes of Warcraft. Hearthstone is an online collectable card game developed by Blizzard, creators of World of Warcraft.

Released back in 2014, the game is available to play on Windows, macOS, iOS and Android devices, with cross-platform capabilities and progress syncing. This means that you can play on your PC, then carry on where you left off on your iPad while battling an opponent using a Mac.

The game is, essentially, a digital collectable card game that revolves around turn-based matches, with a variety of game modes. While players start the game with a collection of basic cards, they can come across rarer and more powerful cards by purchasing packs of them, as well as a reward for completing various Arena runs.

Unlike other playing card games, your opponent has no influence over your action during your turns – which is a huge plus – although your foe can play cards that’ll automatically respond to your actions.

If free-to-play games, in general, get a bad rep, then no genre is regarded worse than the ‘clicker’. These simple games encourage minimum player interaction, maximum wait times and are ruthless in their use of microtransactions. Except for Spaceplan.

This whimsical browser title (later expanded into more comprehensive app versions) sees you as an astronaut in orbit around a mysterious planet. With most of your systems damaged, the only thing you can do is click to build up power, repair your solar panels to generate more power automatically, and create potatoes.

Yup, that’s right. Potatoes. You’ll use them to build potato probes to explore the planet, potato satellites to map out the system (Spudnik, geddit?) and eventually just start lobbing potatoes into the Sun.

Along the way, you’re treated to a minimalist electronic score, hilarious writing, and not a single request for money.

The original browser game is still available entirely for free, but if you’re a fan you can also pick up the massively expanded version for PC (via Steam), iOS, or Android.

We couldn’t have any sort of list of free games without including the Bejeweled franchise, for a franchise it now is. Bejeweled Blitz, one of the more popular games in the series, is easily playable via Facebook, but you will find others.

In all the objective is to swap one gem with an adjacent gem to form a horizontal or vertical chain of three or more gems of the same colour. Bonus points are given when chains of more than three identical gems are formed and when two chains are formed in one swap.

Gems disappear when chains are formed and gems fall from the top to fill in gaps. Sometimes chain reactions, called ‘cascades’, are triggered, where chains are formed by the falling gems. Cascades are awarded bonus points.

All you really need to know is that swapping gems and making them disappear is simple, repetitive and a lot of satisfying fun.