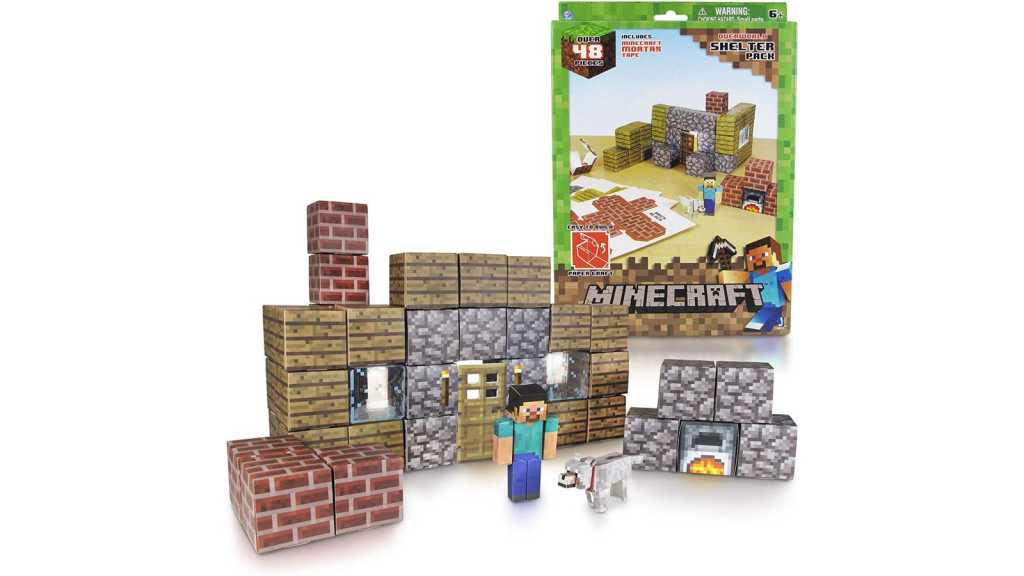 When Minecraft first arrived it quickly became a massive phenomenon, and despite the odds it shows no sign of slowing. The game is now available on just about every single platform you can play games on, and has spawned a whole industry of tie-ins and merchandise.

That’s good news for a lot of parents – it’s welcome to have kids hooked on a game with minimal violence and a massive creative and constructive side. So with that in mind, here are a few of our favourite Minecraft toys and gifts, either to foster your child’s creative side or just bring a little bit of the game out into the real world.

We’re going to assume that as a Minecraft fan the person you’re on the hunt for a gift for has already got the game itself, but did you know that there’s a new adventure available in the form of Minecraft: Story Mode?

Story Mode is an official episodic game series made by Telltale Games that centres around the world of Minecraft but takes you on a story that you control through your decisions. Eight episodes are available, and if you buy the Complete Adventure for Xbox One, PS4, Xbox 360, PS3, and PC, you’ll be getting access to the whole thing. 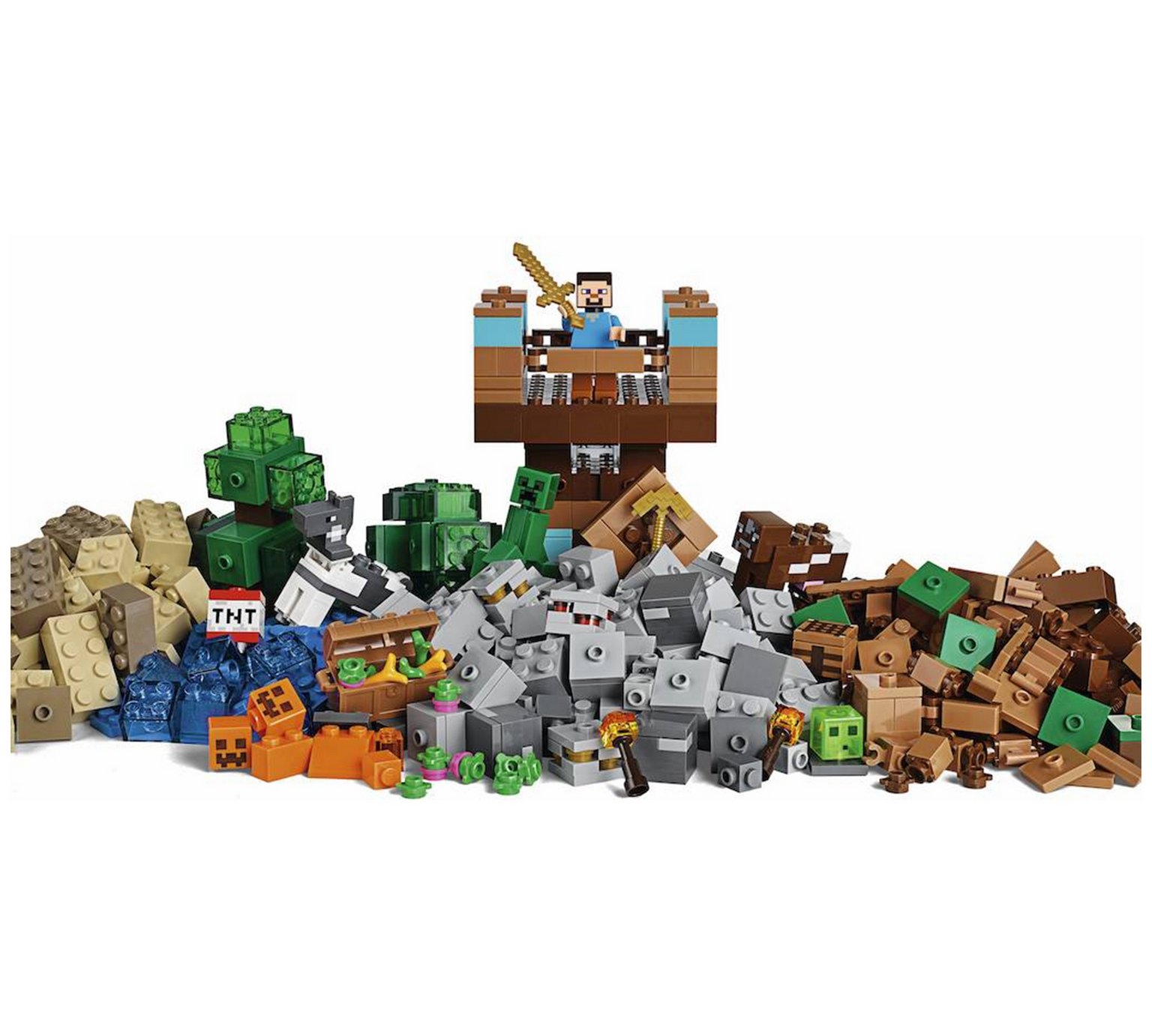 Everyone loves Lego, and its nature of building using blocks lends itself perfectly to Minecraft. Lego has made several official Minecraft-themed sets, starting from just £10.99/$14.99.

We’ve picked out the Crafting Box 2.0, which is a versatile set designed to include enough different bricks to let you create a whole range of varied layouts and locations – exactly in the spirit of Minecraft.

For some of our other favourite Lego gifts and gadgets, click here. 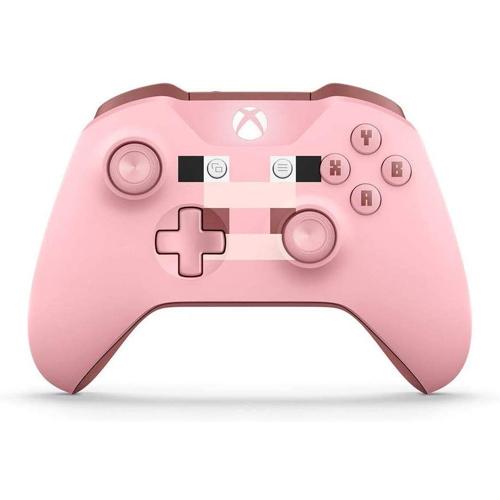 Jazz up your Xbox One S controller with this Minecraft Pig controller, which will also work for anyone playing on PC.

It’s a standard Xbox One S pad, including textured grip, a 3.5mm headphone jack, and Bluetooth support for wireless play, but it sports a snazzy exclusive Minecraft pig paint job. 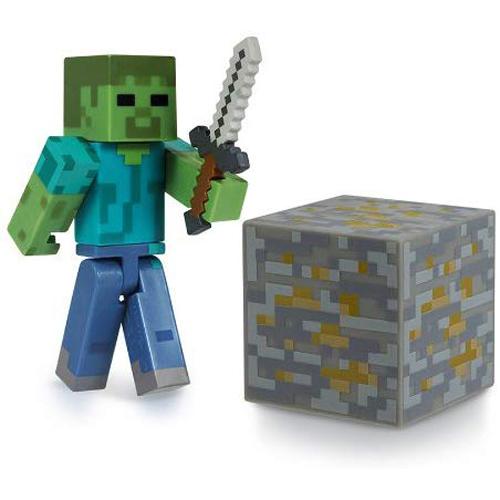 One fun collectible item for Minecraft fans could be an action figure, and there are lots of different figures to collect – each fully moveable and with their own accessories.

We’ve picked out this figure of a zombie, one of the game’s iconic hostiles, but there are loads more out there, including Iron Golem and  a villager. 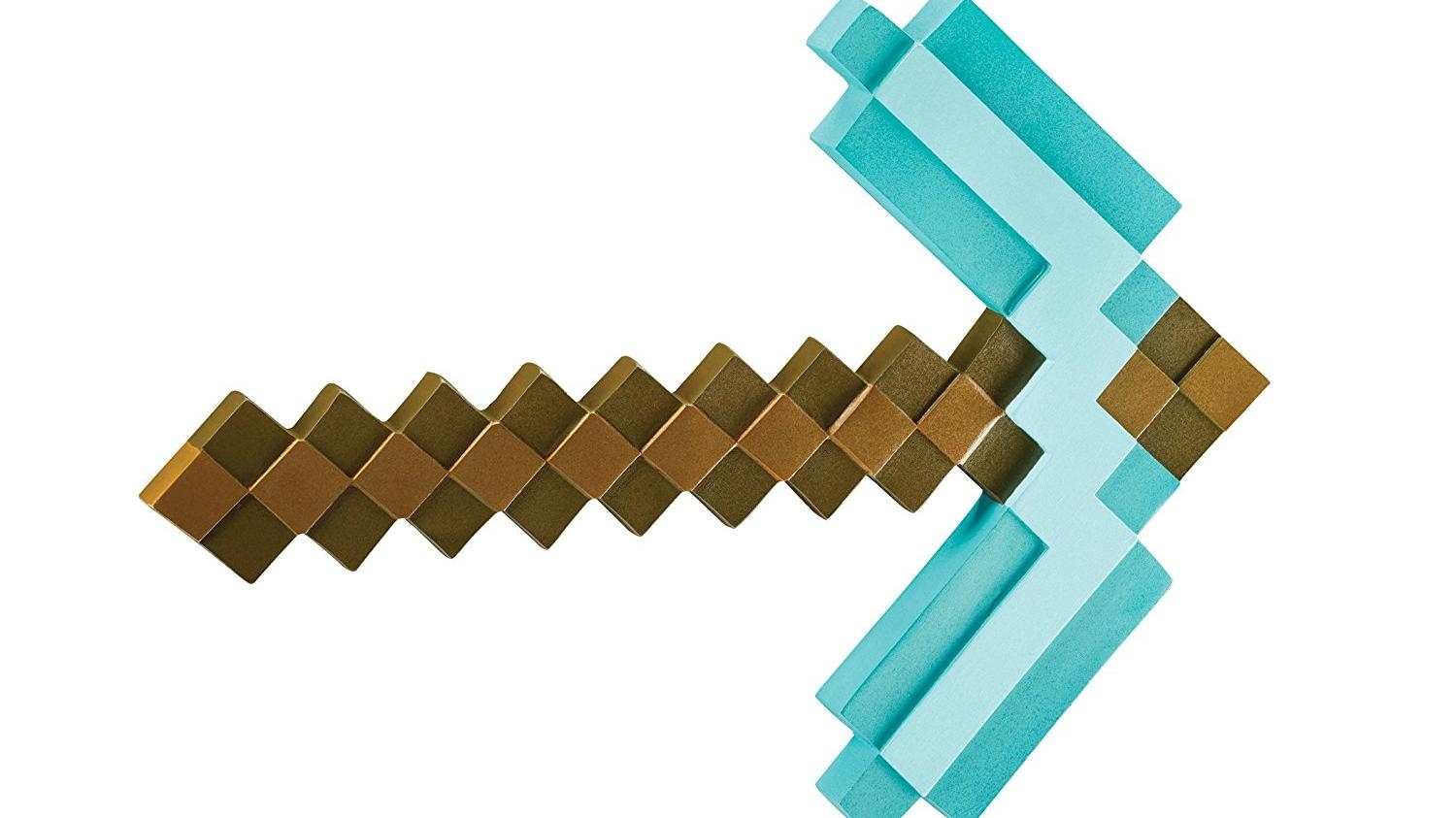 Another gift that’s great fun but in no way practical are the Minecraft Sword and Pickaxe.

They’re light and totally harmless, but could become pretty annoying for parents and siblings after a while if the recipient takes a little too well to fake-slaughtering them. 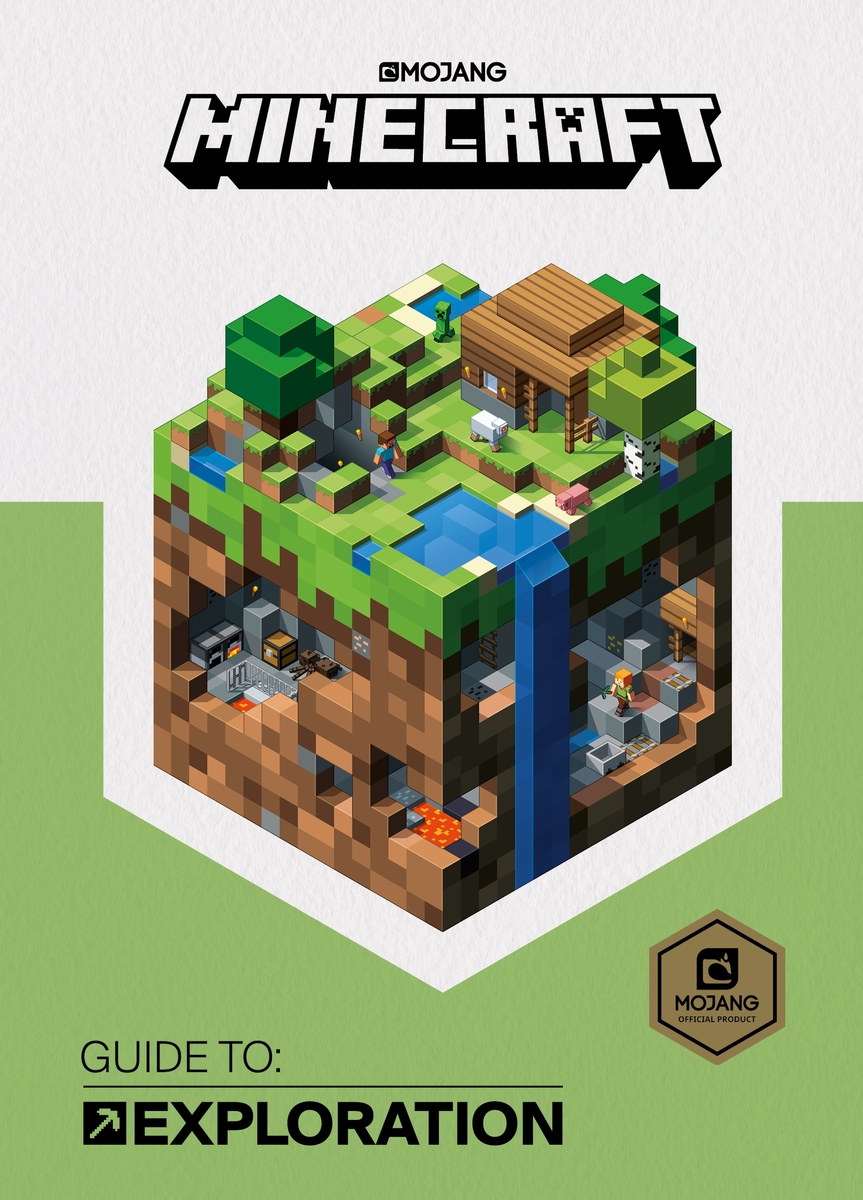 There are lots of books available for Minecraft lovers, including a range of guide books that’ll help players master construction, combat and more. They’re a good stocking filler too, available for around £7/$10 each for the physical copy, and even less for the Kindle versions.

We’ve picked out the Guide to Exploration, but there are also books dedicated to creation, Redstone, and the Nether. 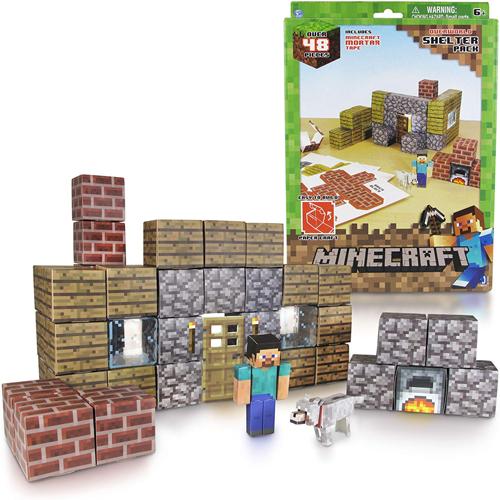 Minecraft players spend a lot of time looking at a computer, so if you’re hoping to drag them away from the screen to give their eyes a bit of a rest, how about enticing them with a Papercraft pack that lets you create your own 3D world to play with (in real life!).

We’ve picked out the Shelter set, but there are also others dedicated to mining, the overworld and more. 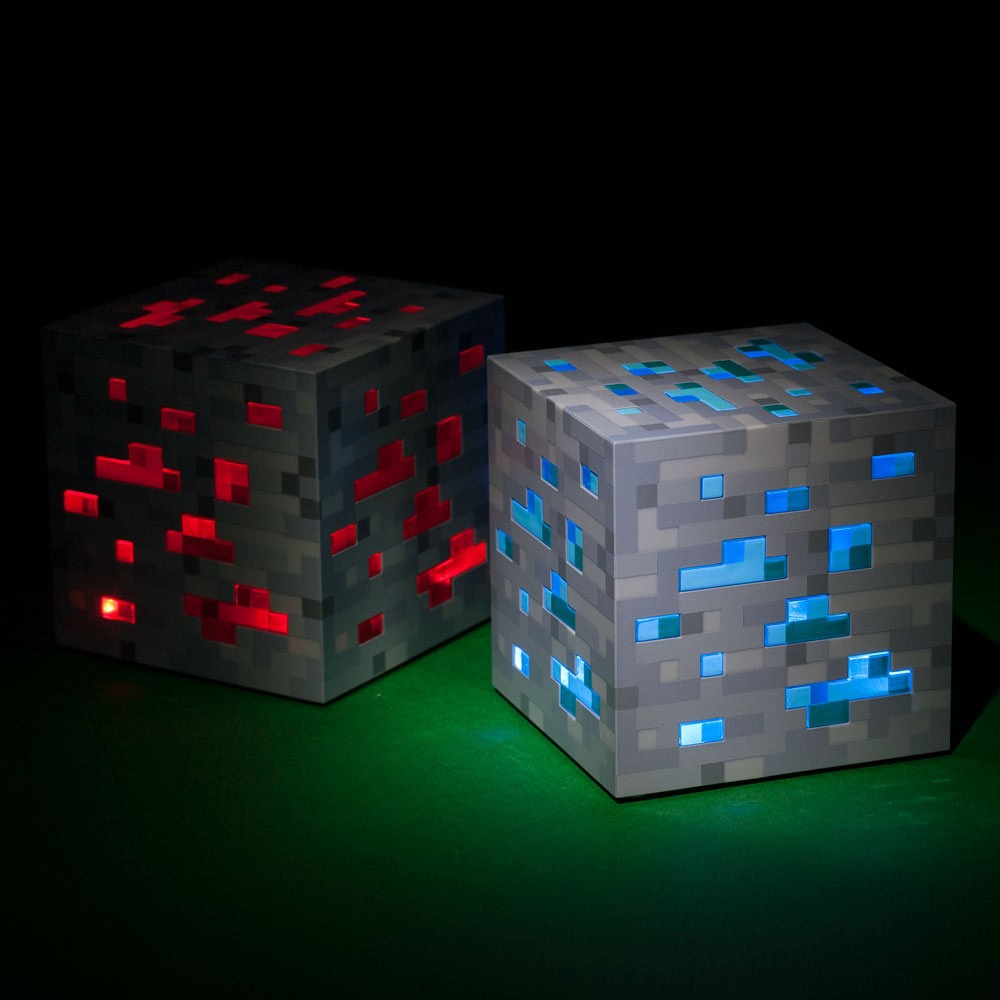 This touch-activated lamp offers three modes of brightness that omit a warming red glow perfect for any Minecraft fan’s bedroom. It’s wireless, instead requiring two AA batteries, and it’s stackable too, so you could pair it with a blue Diamond Ore version or more Redstone Ores if you fancy it.

Just be aware that this light is smaller than you might expect, and will fit in the palm of your hand. 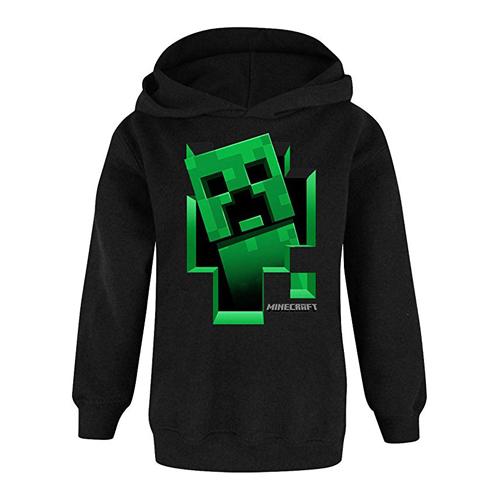 This basic black pullover hoodie features the game’s now-iconic Creeper, along with the Minecraft logo. 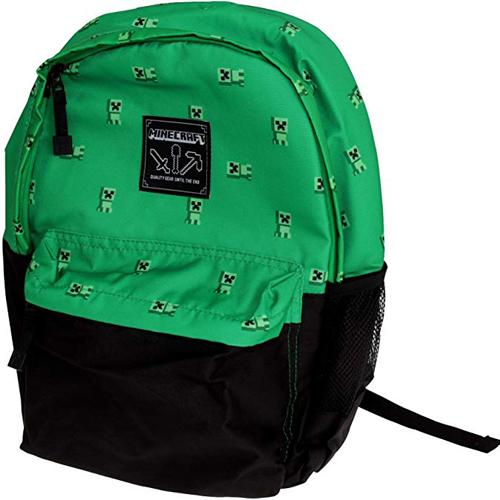 If you’re looking for a gift that’s practical and can double-up as an everyday wearable, then look no further than this official backpack.

This is a durable bag, made with wipe-clean material and containing two main compartments to store everything you need. 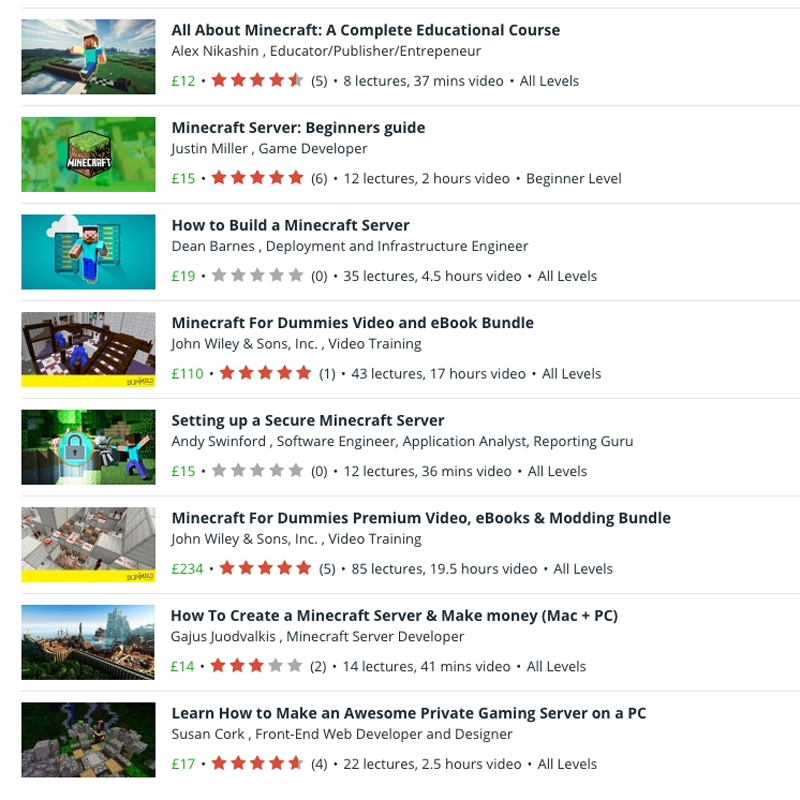 For something super-nerdy but particularly interesting for some, there are several courses available from Udemy to teach you all every element of Minecraft, from its educational value to how to create a Minecraft server and start making money.

Coupons are available for Udemy so you can pay for the course in advance ready for the gift’s recipient to redeem. That also makes it a great last-minute gift!

We’ve linked above to a Minecraft 101 course, but there are also more advanced courses available to teach things like setting up a Minecraft server or modding the game – both of which could help teach kids useful technical skills.