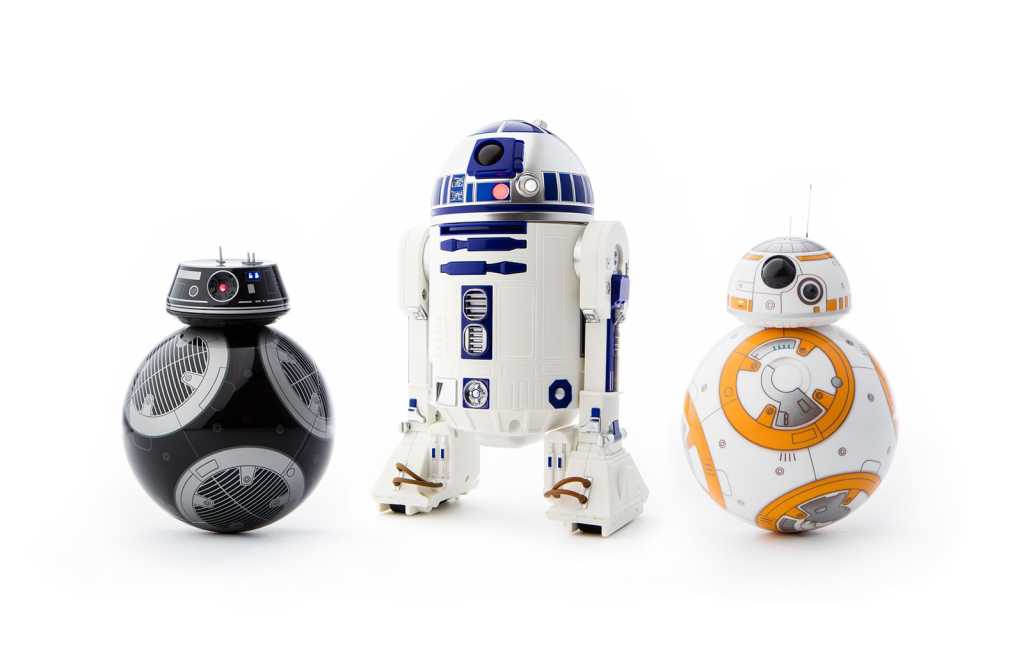 There’s always been an almost overwhelming amount of Star Wars merch available, so it’s hard to know where to begin. Since the franchise was brought back to the big screen there’s been even more, as multiple films, games, and TV shows have each inspired their own ranges of toys, robots, gadgets, and Lego sets.

Luckily for you, we’ve taken on the arduous task of spending long office hours playing around with Star Wars toys to let you know which are the droids you’re looking for.

If you’re getting excited for all the Star Wars content coming this year, then check out everything we know about The Rise of Skywalker and  The Mandalorian.

Two years after bringing BB-8 to life with a remote-control droid, Sphero has done it again, releasing what is undoubtedly the best R2-D2 toy we’ve ever seen.

Like BB-8 before it, this R2 is controlled entirely by an accompanying mobile app, which you can use to drive him about, flash his lights, and trigger animations and sound effects. The head dome can rotate independently of the body, and there’s even a functioning retractable tripod leg.

There are even some simple AR mini-games, and R2 can watch the Star Wars movies with you and react along the way – or react to the presence of other Sphero droids.

Put simply, this is the R2 toy you’ve been waiting for since you were a kid.

You can buy the R2-D2 here, or watch our video review here. 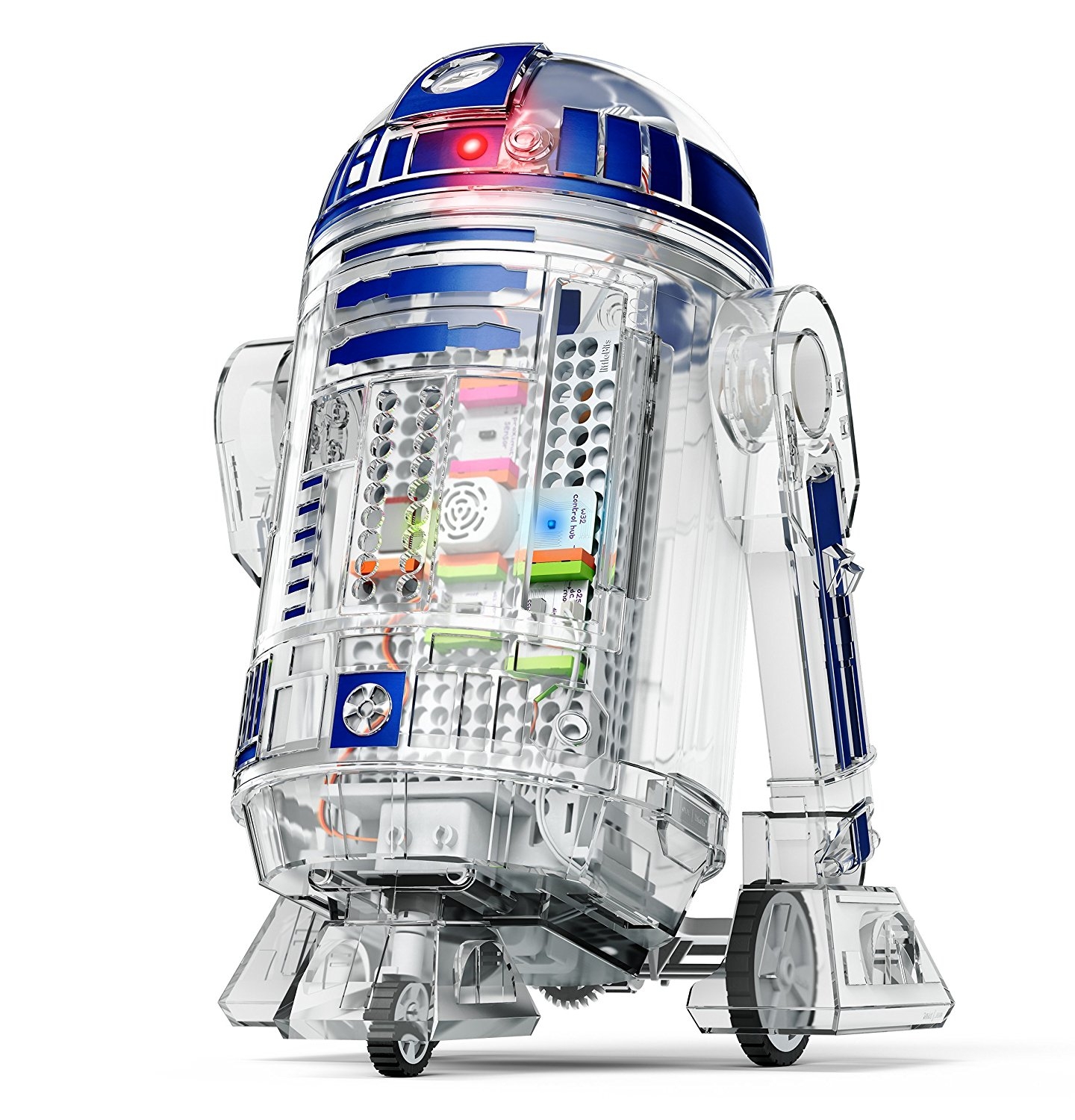 littleBits has made a name for itself with its range of build-your-own programmable gadgets for kids, and its latest set is its best yet, allowing you to make your very own R2 unit.

You assemble the magnetic circuitry yourself, which can be arranged in a few different configurations to unlock different functionality – one setup might let you drive R2 around, while another can be used to rotate his head, and yet another might let him detect obstacles in front of him.

The accompanying app teaches you how to build each arrangement in a series of ‘missions’, with helpful videos and advice for the trickier bits of construction. There’s even a mission on how to safely disassemble the droid, to avoid kids pulling pieces apart recklessly.

The set includes stickers in a few colours to let you configure your R2 design, and even instructions on how to build a custom bot out of household objects – like a flowerpot head, or a juice carton body. 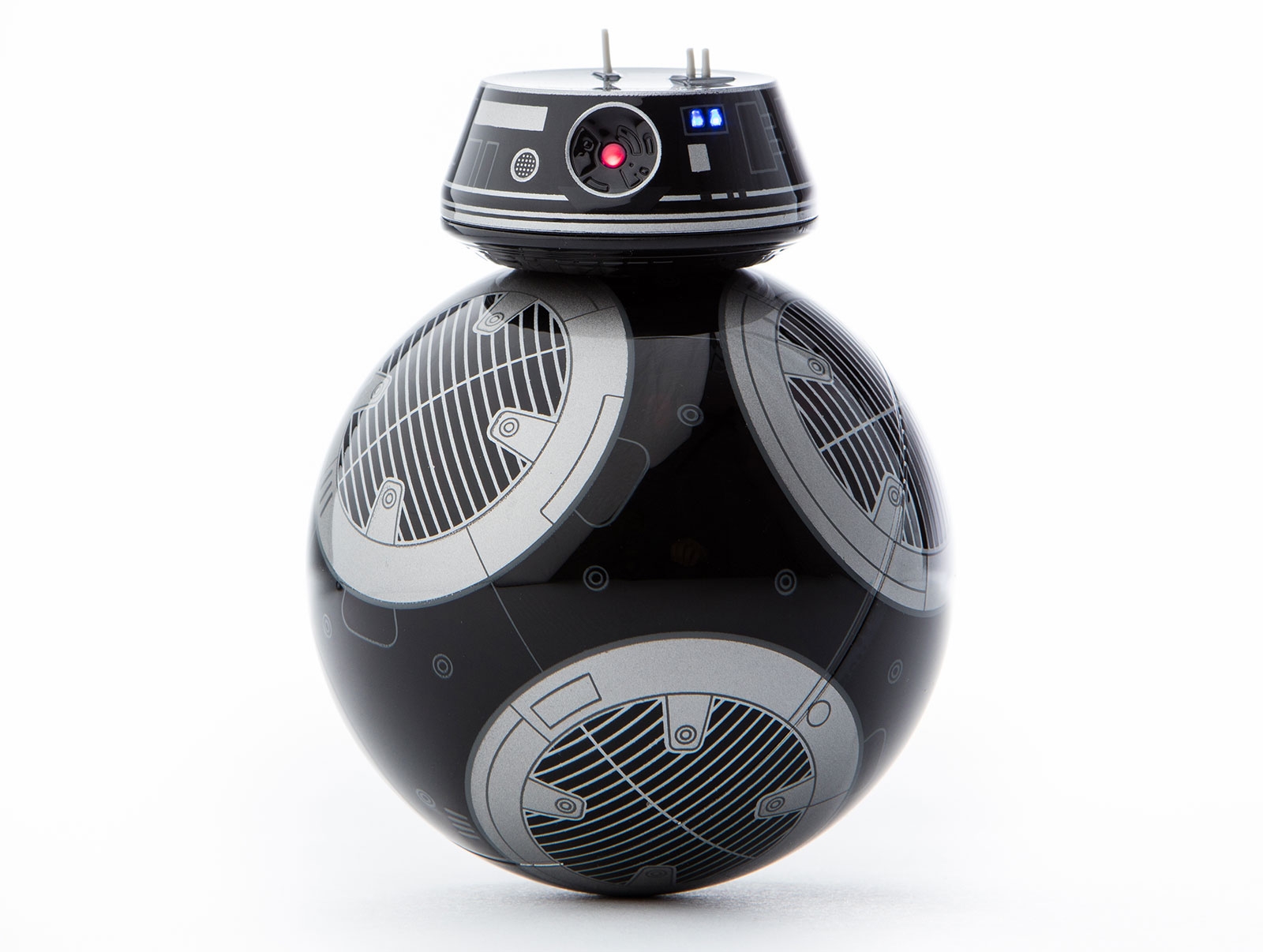 R2 gets a lot of love, but he’s not the only droid in town. The Force Awakens’ BB-8 is still hugely popular, and Sphero has followed him up with a sinister First Order counterpart: BB-9E (we assume the ‘E’ stands for ‘Evil’).

This little guy may look like a black-and-grey version of his predecessor, but there’s actually some more advanced tech at work. His head includes LEDs, powered inductively from the main body, and he comes with a new Droid Trainer base to use with a few AR mini-games.

As before, you can drive him around using the mobile app, set him on a patrol, and sit down to watch the movies with him. And if you’re not comfortably with buying a baddie, you can still grab a BB-8 too. 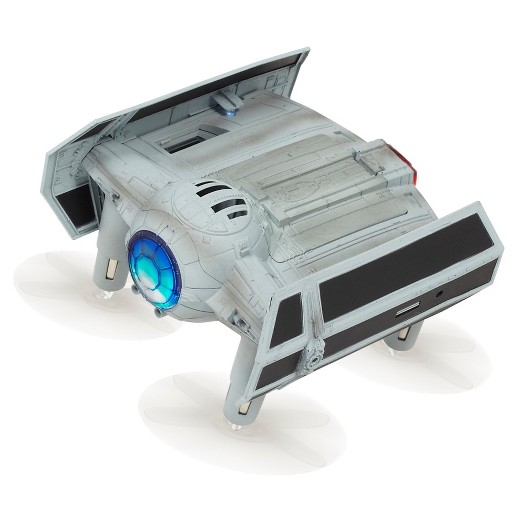 The production value is immense – the box even blasts Star Wars music at you when you open it – and up to 12 people can each use the drones for massive lasertag dogfights, using either infra-red or LED lasers.

We’ve tested out the Tie Fighter you can see here, but the range also includes an X-Wing (naturally) and a Return of the Jedi speeder bike. 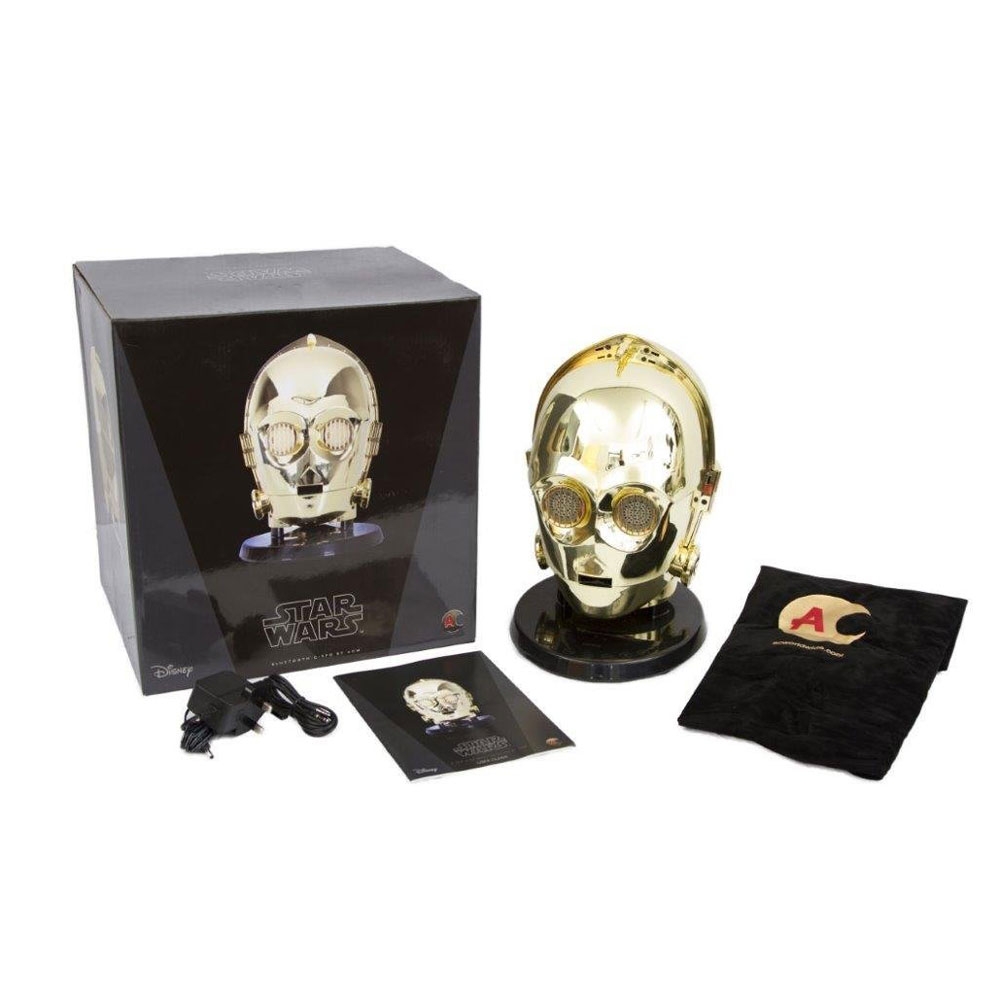 This is a fully licensed C-3PO Bluetooth speaker from ACW. It has excellent build quality (but isn’t fluent in 6 million forms of communication, sorry). It will, however, allow you to communicate, as it can act as a hands-free speaker for calls, as well as playing your music in high quality.

The head’s eyes light up when turned on and it’s easily charged via USB. A tad expensive, but worth it for the audio quality – and also available in Vader or Stormtrooper variants, if you lean towards the dark side. 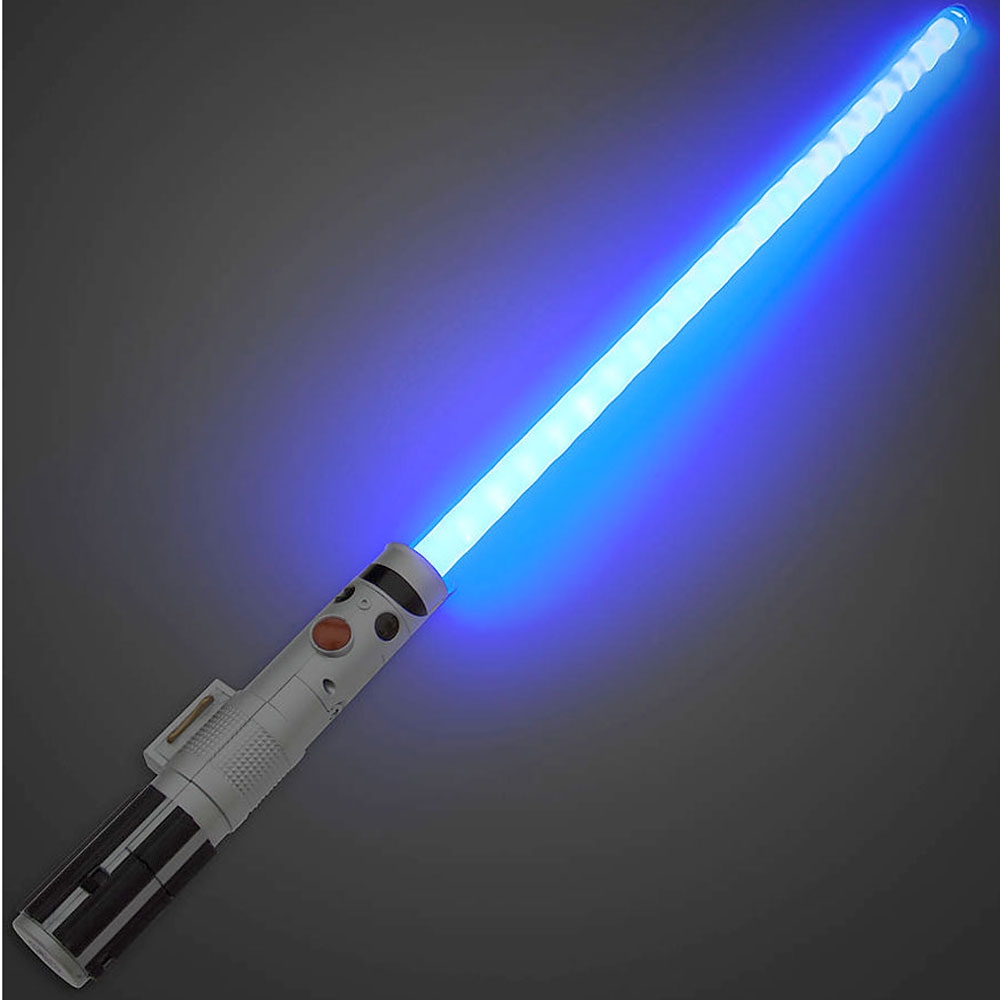 There are many expensive, film-accurate lightsaber replicas out there, but nothing really beats messing about with the Disney toy version, whether you’re 9 or 59.

This particular one is sold as Rey’s saber from The Force Awakens & The Last Jedi, but as most of you will know, this is a blade with history – it’s Anakin Skywalker’s lightsaber, which was later used by Luke Skywalker up until he had his hand rudely removed in the Empire Strikes back. It’s a fun, affordable way to have a few lightsaber fights without breaking the bank. 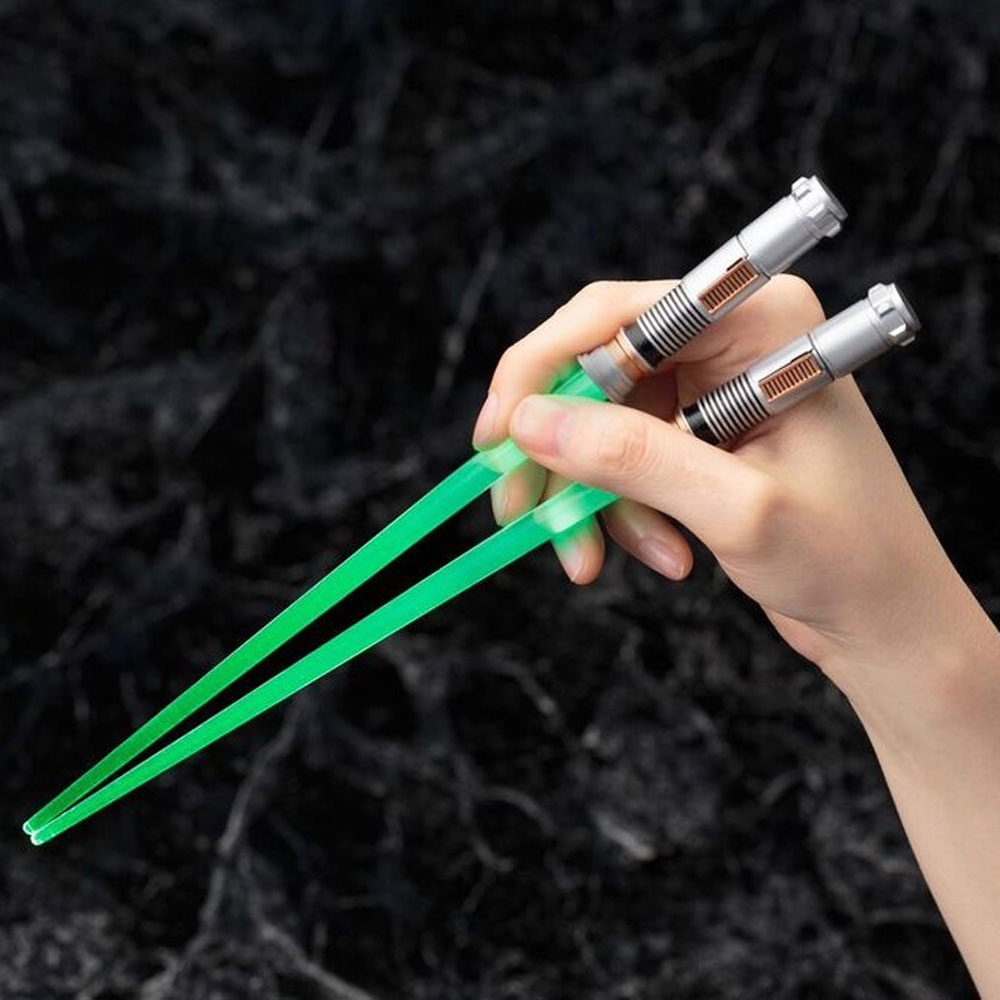 Show your support for the Force, while eating your noodles, by using these illuminated light saber chopsticks. Choose from three of your favourite Jedi with these light up cutlery classics.

They could also come in handy deterring any diminutive troublemakers in seedy Cantinas. 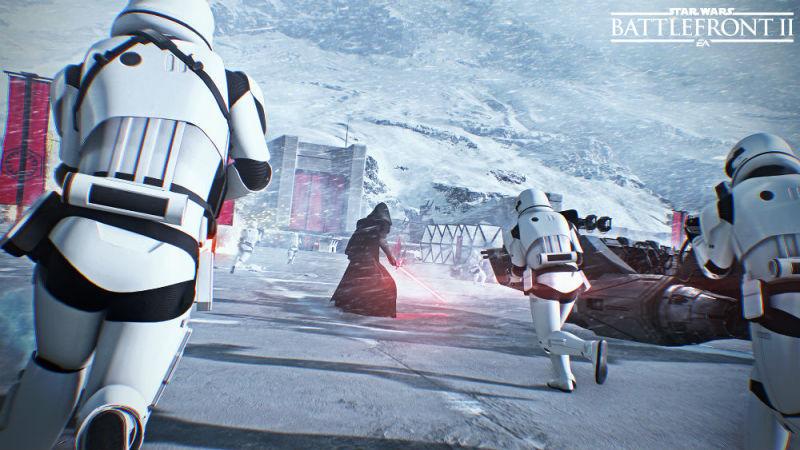 It’s all well and good owning Star Wars gear, but what if you want to take part in the fight itself? All too easy. Just pick up a copy of Star Wars Battlefront 2 on the PC, Xbox One, or PlayStation 4, and soon you’ll have a good blaster at your side.

Unlike the first Battlefront, this one includes a short single player campaign set after the fall of the Empire, alongside the usual array of massive online gunfights. 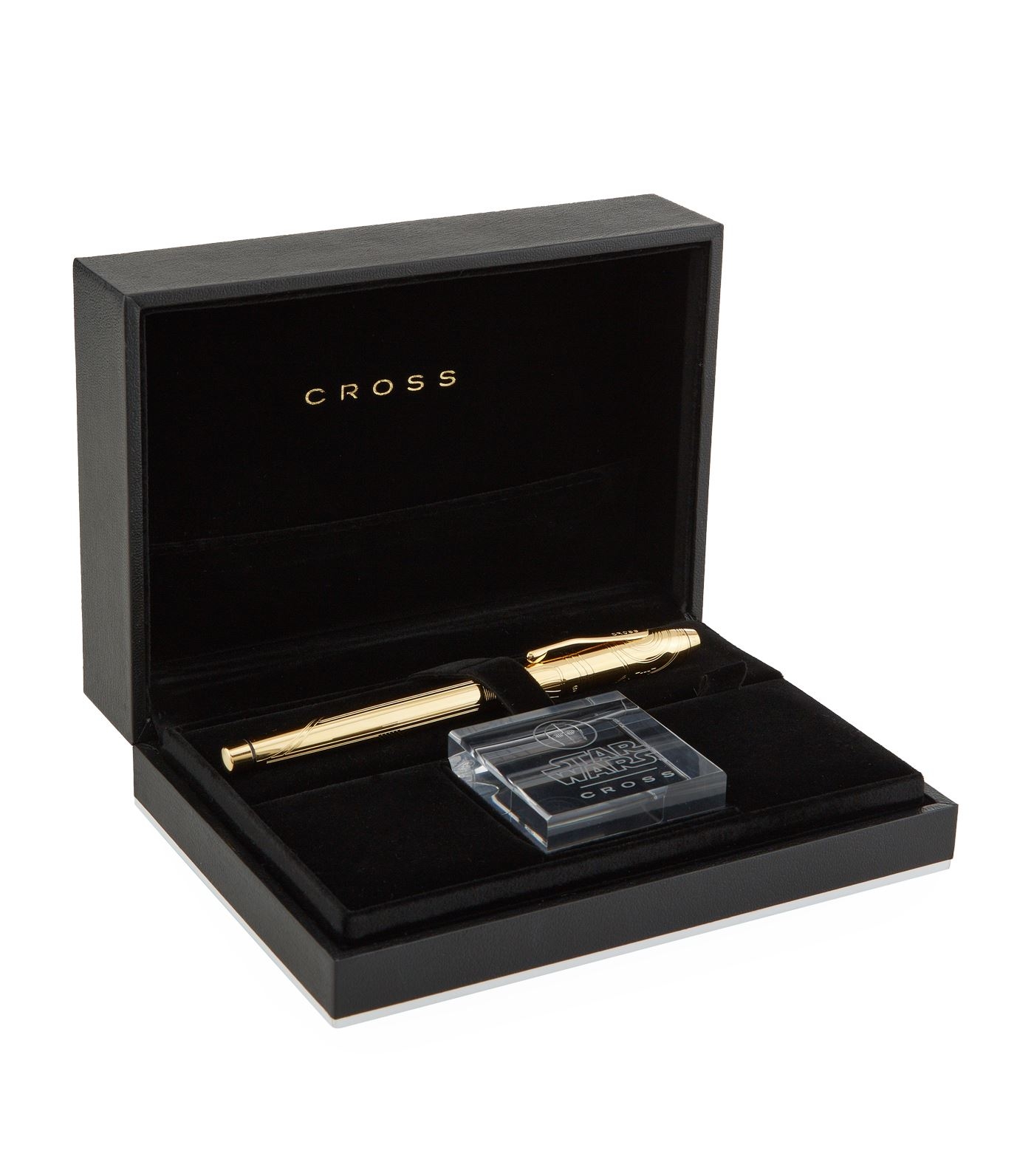 This one is a bit of a luxury, but we love it nonetheless. A C-3PO themed (yet attractively subtle) rollerball pen from reknowned brand Cross. The exquisite casing is modelled after the his famous gold body and is even engraved to match the droid’s detailing.

It comes in a beautiful presentation box and is the perfect writing gift for a Star Wars fan of any age. 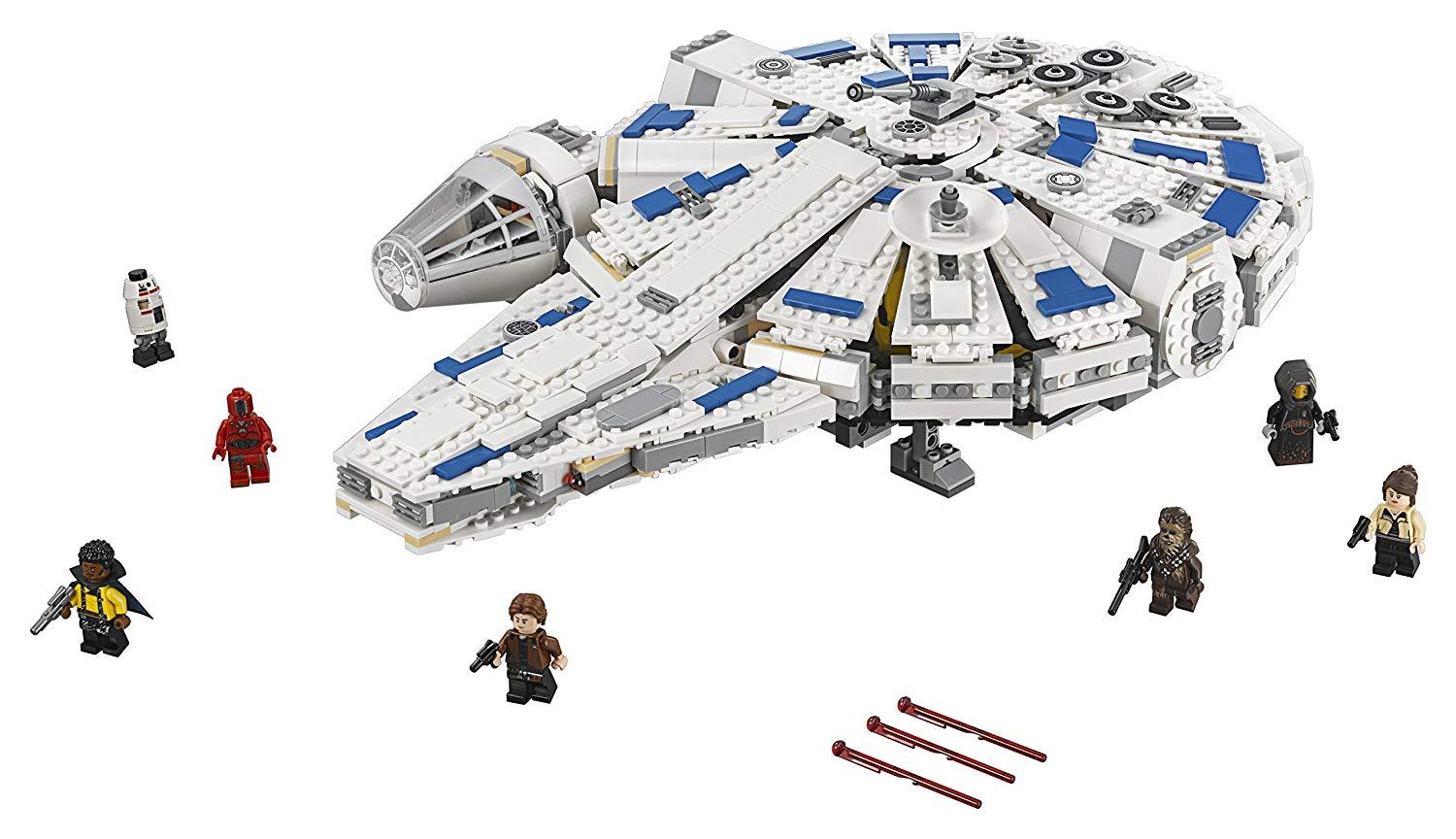 There are hundreds of incredible Star Wars Lego sets, including the amazing Slave I, Boba Fett’s famous craft, but our favourite Lego set from a galaxy far, far away has got to be the Millennium Falcon.

This particular version is dubbed the Kessel Run Millennium Falcon, as it’s the version of the ship seen in the spin-off movie Solo, before suffering a few decades’ worth of wear and tear.

Oh, and if that’s not enough for you, there’s always the 7,500-piece collector’s edition, the biggest and best Star Wars set ever made – though unsurprisingly, that one isn’t exactly cheap.