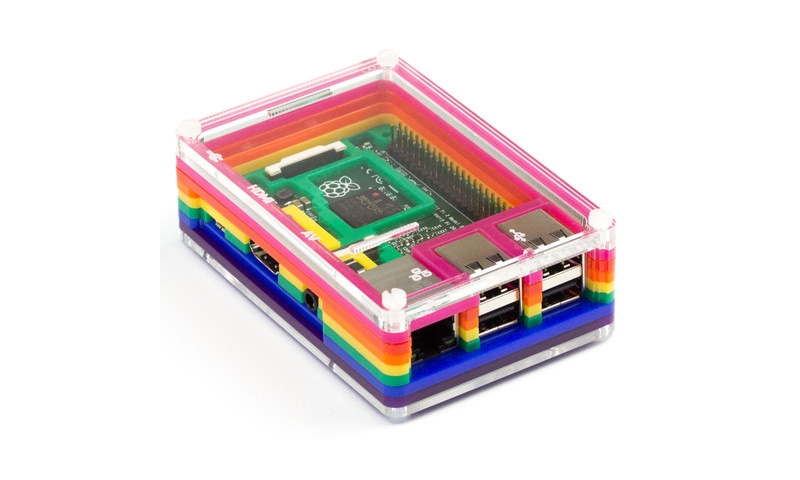 Best Raspberry Pi starter kits: everything included except the screen

The Raspberry Pi is an inexpensive mini computer that plugs into a TV or other display. Especially popular with children learning to program using computer languages such as Scratch and Python.

You can also use Raspberry Pi as a normal computer, with Office-like programs and Internet browser. The possibilities are near endless. See: 10 of the best Raspberry Pi projects for kids

The Raspberry Pi computer itself is a tiny thing that costs around £25. But most people new to Raspberry Pi will find a starter kit the easiest way to get on board. You’ll find lots of different sets but what are the best Raspberry Pi starter kits available in the UK?

Raspberry Pi starter kits include the computer itself, plus a keyboard and mouse. A microSD card carries a version of the operating system. And the starter kit should also include an HDMI cable so you can connect the computer to your telly or a computer screen, and get started. Also see: The best DIY computer kits you can buy – Raspberry Pi, Arduino, Microbit, Fuze and others.

Some include a Wi-Fi dongle; others a case and fun stickers and other ways to personalize your Raspberry Pi.

Here we take a look at some of the popular Raspberry Pi starter kits on offer.

In glorious orange the Kano Raspberry Pi keyboard looks stunning. How the computer itself looks is up to you and the included sticker set. Based on Raspberry Pi 2 the latest model is bang up to date.

The attractively packaged Kano kit (£119) comes with the six-times-faster Raspberry Pi 2 (with 900MHz quad-core ARM Cortex-A7 and a 1GB RAM), an 8GB SD card with the Kano OS (based on Debian Linux), a DIY speaker, that orange Kano keyboard (with built-in trackpad), user-friendly instruction booklets, and custom case mods and stickers, plus HDMI and mini-USB cables, a global smart power plug, and a Wi-Fi dongle.

The case is transparent and easy-clipping, with cool customizations, including some cool, Japanese-y stickers. You can build your own style, switch out case cards, and print new covers.

From £72, including free shipping.

Some of the brightest-looking Raspberry Pi cases are made by Pimoroni. Its Pibow cases are available in six flavours: Rainbow, Ninja, Coupé, Coupé Ninja and Coupé Flotilla. Basically the Coupé versions are less chunky.

The lightweight but durable Pibow cases are made out of eight layers with a transparent top and base so you can still see the Pi inside. Each layer is laser-cut from colourful cast acrylic and once stacked they securely contain the Raspberry Pi Model B while leaving the primary ports, including the camera port, accessible. You add the case layers yourself, which is pretty easy if you follow the instructions.

The Pimoroni Pibow Raspberry Pi Starter Kit includes everything you need to get started with the new Raspberry Pi 2, except for the screen, of course. You choose which of the cool Pibow case designs to come with the Starter Kit.

This Maplin Raspberry Pi starter kit comes with Raspberry Pi model B board, plus a USB mouse, USB keyboard, power supply, and a USB hub.

Unlike some of the other Raspberry Pi starter kits featured here the Maplin kit does not include a case for the computer. Some Raspberry Pi owners prefer the little computer naked. Other might prefer a more robust case to protect the innards from harm, dust and whatever might come its way.

Of course you can always buy a separate case to add to this starter kit. Maplin sell cases from £6.49, or you can add one of the fancier Pibow cases from Pimoroni.

The FUZE is a different take on the standard Raspberry Pi starter kit. It’s really an enclosure for the Rspberry Pi that pecially built to teach coding to kids the FUZE comes with FUZE BASIC, Python and Scratch, and a selection of Project Cards.

The retro case reminds us of the old microcomputers of the 1980s. Made from sheet aluminium it has its keyboard built in. It shields the Raspberry Pi, protecting it from electronic shorting, static and other physical damage.

There are six available USB ports after the mouse and keyboard are connected and a FUZE General Purpose Input/Output (GPIO) Board that allows for Raspberry Pi breakout boards to be easily added.

Its pins can be programmed to interact with the real world – from receiving analogue sensor inputs to controlling LEDs, joysticks, robotics, motors and more.

You can connect light, heat, movement and sound sensors to interact with the world around you.

FUZE comes with a deck of 16 fun project cards (aimed at key stages one to four) that guide students through the fundamentals of BASIC programming.

The PiHut’s Raspberry Pi 2 Starter kit claims it includes “everything you need to get going right out of the box” but unlike most others featured here it doesn’t come with either a keyboard or mouse.

It does, however, boast 1GB of RAM, and an 8GB Sandisk MicroSD (pre-imaged with the NOOBS operating system).

It also comes with a protective black case for the Raspberry Pi, and HDMI and Ethernet cables.