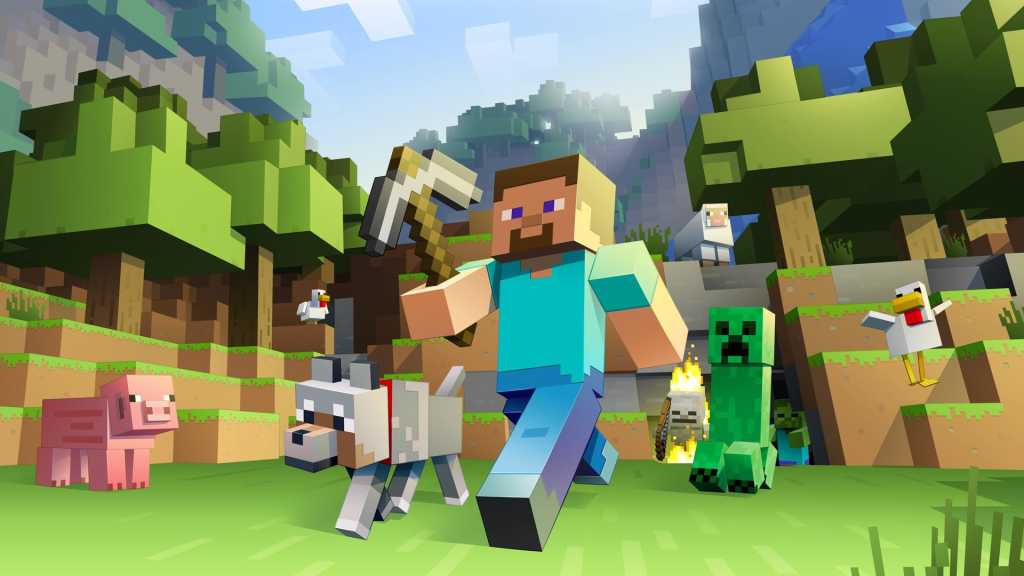 Since it was released in 2009, Minecraft has grown to become a hugely popular game, which lets players build and explore a procedurally generated world for as long as their hearts desire. If you’re looking for an alternative to Minecraft or something similar that you’ll enjoy, we’ve got 11 options that you just might like, including some free Minecraft alternatives.

Which is your favourite? And are there any we’ve missed? Let us know on Twitter.

Lego has launched its own rival to Minecraft, called Lego Worlds. It’s available on Steam, and as you might have guessed, lets players build, explore, discover and create a world made from Lego bricks. This is a huge new entry into the sandbox game market, and is definitely one to watch. 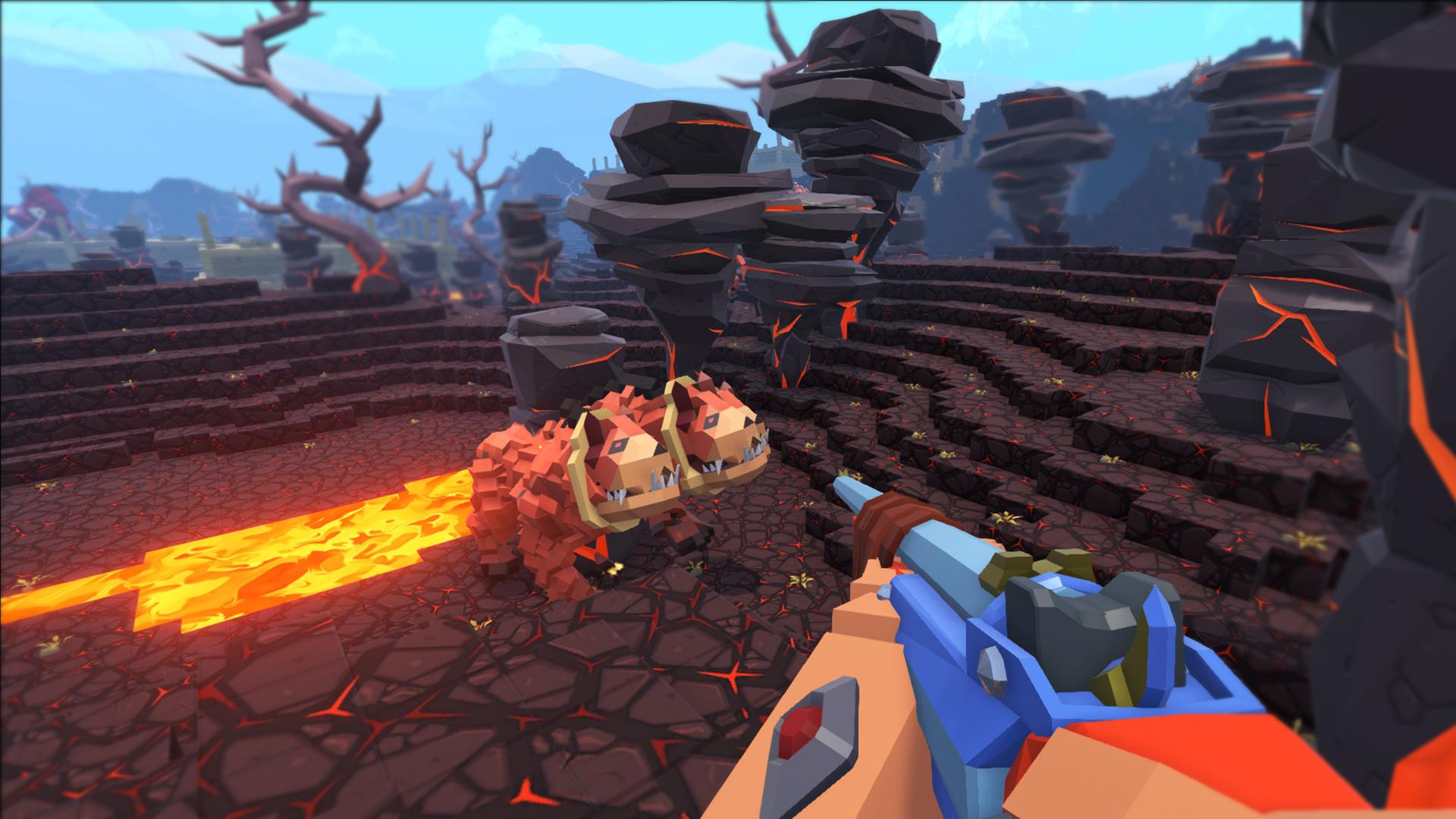 If you liked the idea of Ark: Survival Evolved but wanted it a little more voxel-based, you’ll love PixARK. It provides a similar game to the popular dino-survival game, but with a distinctly Minecraft twist. You’ll be able to build blocky houses, tame and ride blocky dinosaurs and fight others online in blocky PvP combat.

It also features fully destructible environments, offering a slightly different experience both in PvE and PvP when compared to Ark: Survival Evolved. 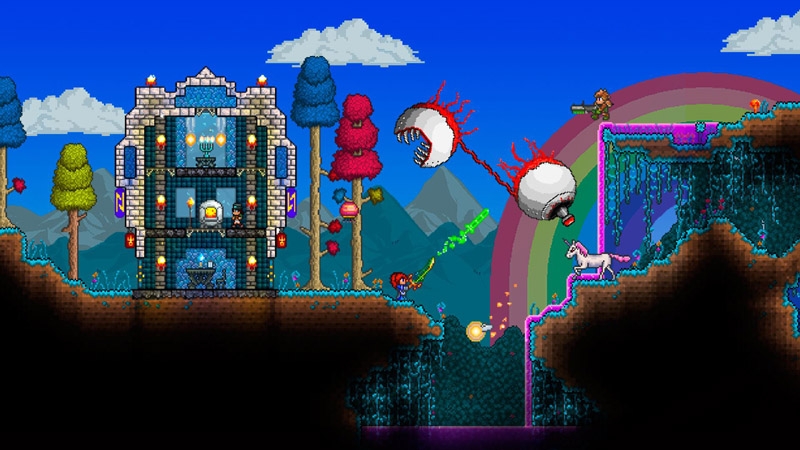 With a similar approach to gaming as Minecraft but a completely different look and a slightly more adventure-focused feel, Terraria will appeal to fans of 2D, side-scrolling RPG games. Like Minecraft, you’ll be able to explore, harvest and craft, as well as team up with other characters to fight against fearsome bosses. It’s available for Android, iOS and PC. 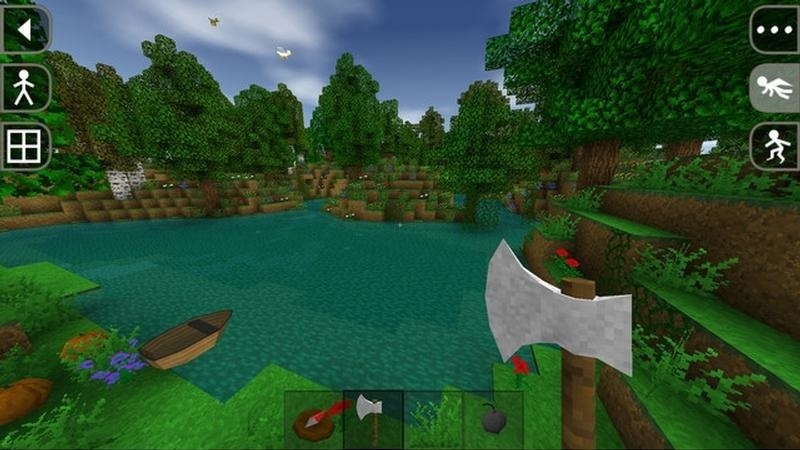 Mobile app Survivalcraft for Android and iOS looks a lot like Minecraft, but it focuses more on surviving rather than building and exploring. You’ll need to make sure you eat, sleep and stay aware of dangers including wild animals and various types of weather as you explore the blocky world.

Similarly, Rust also focuses on survival. There are enemies to be conquered, animals to hunt and items to be crafted to help you survive day by day. You’ll start out with nothing but sticks and rocks, but gradually you’ll be able to loot abandoned bunkers to find blueprints and equipment that’ll help you live longer and build epic bases.

Another PC game that fans of Minecraft who also like shooting games will enjoy comes in the form of Guncraft. You’ll be able to create and build maps and weapons which you’ll then use to fight others in games such as Capture the Flag, Team Deathmatch and Lava Survival.

This one is a Minecraft alternative for PC users who’re fans of sci-fi. You’ll play as a character who has crash landed on another planet after fleeing their home planet. There’s exploration, crafting and harvesting, and there are also monsters and bosses involved. It’s available to play now in beta.

A second sci-fi lover’s Minecraft alternative is StarForge, which, as you’ve probably come to expect, features harvesting and crafting, but also adds vehicles, survival mode and a Fort Defense mode. 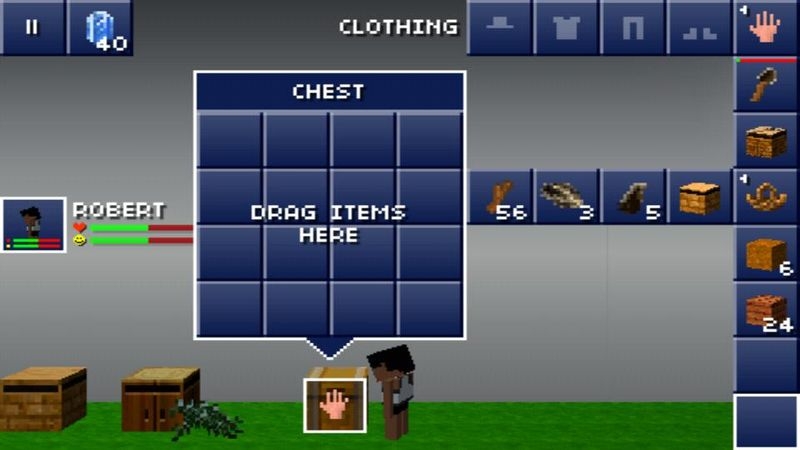 Available for iOS and Android, this free alternative to Minecraft features a large world with environments including jungles and seas that you can explore. You’ll find harvestable items that you can use to craft and create. Unlike Minecraft, you’ll be able to control multiple Blockheads.

It’s important to note that there are in-app purchases available in The Blockheads that will get you Time Crystals, which help speed up crafting. 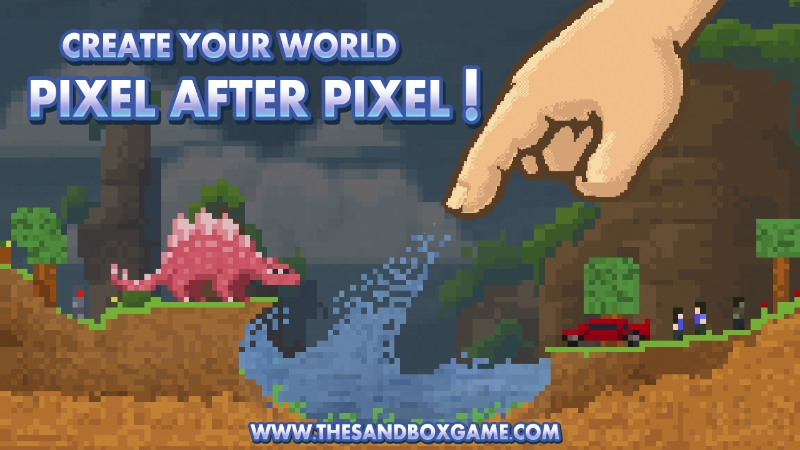 The Sandbox is a little different from Minecraft in that it focuses almost solely on creation. It’s for fans of the Creative Mode in Minecraft who want to see what they can build. You’ll be able to create your own worlds and view other players’. Again, there are in-app purchases for this Android and iOS games that’ll get you new elements at a small cost. 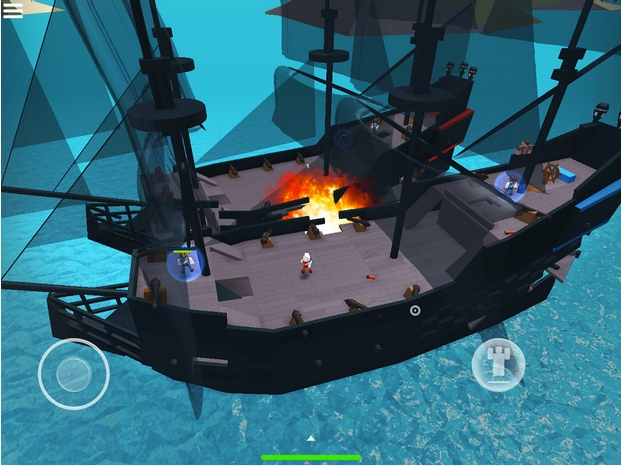 Create your own levels and share them with other players using Roblox, which is becoming a very popular alternative to Minecraft and gets lots of praise on App Stores. It’s unique in that levels can have different game styles, including adventure, RPG, battle arenas and first-person shooters.