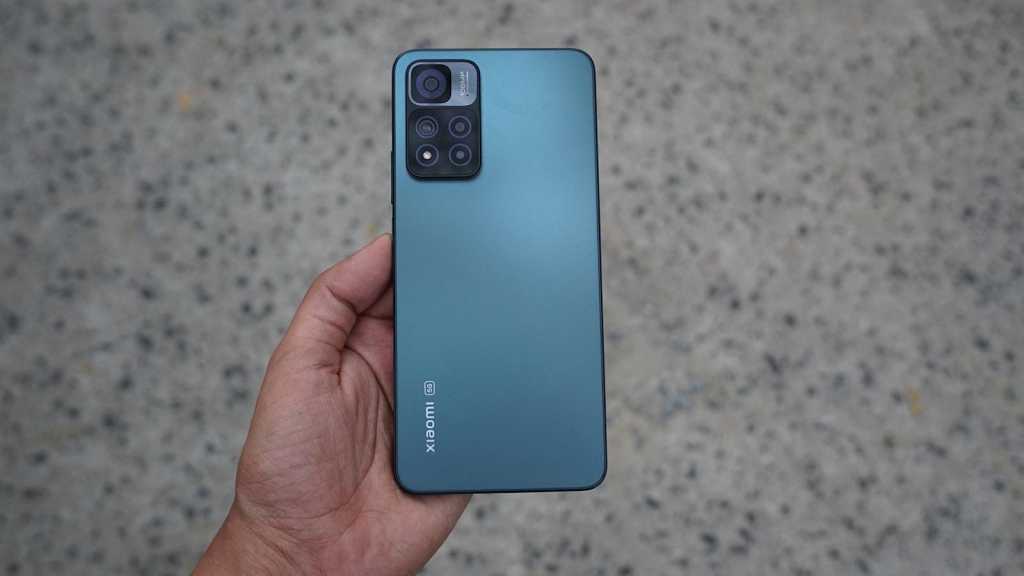 The 11i Hypercharge is an excellent example of a great mid-range phone and for many more reasons than its 120W charging. Solid performance, a stunning screen, good cameras and attractive design make it hard to beat.

For years, Xiaomi has wanted its Mi brand to break into India’s premium segment. But it only made some headway with the advent of the pandemic when it launched the Mi 10 in India in 2020. By the end of the year, it had remixed the Mi brand on several phones with varying degrees of success — but the headline was that Xiaomi’s strategy was working.

Then it made another shift when it made its branding simpler. It killed the Mi brand, and everything that came under the Mi umbrella was rebranded to simply Xiaomi while Redmi stood for something more mass market.

Now, 2022 has been welcomed with an avalanche of products in India and the first out of the gate was the all-new Xiaomi 11i Hypercharge 5G. This is a Xiaomi phone unlike any other. It has a MediaTek chip instead of a Qualcomm one, it brings forth a new design language and packs new, as the name suggests, charging technology which could really shame the likes of Apple, Samsung and even leave the likes of OnePlus behind in the dust.

More importantly, it’s priced in the sub-₹35,000 (£360) range – before the inevitable discounts – which means that is a phone closer to the Redmi series than the traditional playbook that the Mi series has been maintaining. The company is striving to repeat the success of the Mi 10i but has it achieved that?

The reality is that this is one of the more attractive designs that have come out of the house of Xiaomi. Sure, it is geometric like the iPhone 13 rage, but this rectangular slab has a character of its own.

It has a nice supple finish on the back that feels satiny despite Gorilla Glass 5, and the frame is made out of aluminium which adds to the style. It is a solid phone which is attractive in its bluish-green shade. As for the ergonomics, well, that is a different story.

When the phone is 8.3mm thick, it is a wee bit chunky, but then the geometric lines make things even more complicated considering the 6.67in diagonal of the screen. It is also on the heavier side of things at 204 grams so bear that in mind.

But you get all this in a package that is also IP53 certified which means splash resistant. The big takeaway is that it is a very attractive phone in general use, but like the iPhone, thanks to the geometric shape and sharp edges, it is not the most ergonomic one to handle considering its size.

The buttons are all arranged logically on the right-hand side, with the power key embedded in a lightning-fast fingerprint scanner. Perhaps, the only major knock against this design would be the bulbous camera array which takes away from the symmetrical precision of this device.

The model pictured here is the stunning Camo Green, but you can also get the 11i Hypercharge in Pacific Pearl, Purple Mist and Stealth Black.

Thankfully, the display is fantastic. As mentioned before, it has a 6.67in and the bezels apart from the bottom edge are essentially non-existent.

The screen itself is an AMOLED panel that gets a 120Hz refresh rate, HDR10 capability and peak brightness levels of 1200 nits and a Full HD+ resolution. It looks pin-sharp, and has excellent viewing angles and saturated colours which makes it quite attractive.

The screen also gets a Corning Gorilla Glass 5 front which will make sure that it doesn’t break very easily and is quite scratch resistant.

It works in all kinds of situations, most importantly when under direct sunlight. The HDR kicks in for Netflix and other streaming services and it looks delightful.

It also helps that this phone incorporates stereo speakers which make watching movies and videos an engaging experience. The sound is pretty punchy and if that doesn’t suffice you can even hook up your wired headphones as there is a 3.5mm jack alongside Xiaomi’s famed IR blaster.

One of the most fascinating aspects of this device is the fact it uses the MediaTek Dimensity 920 5G chipset which has been manufactured using a 6nm process. This is a powerful chipset as it has twin ARM Cortex A78 high-performance cores clocked at 2.5GHz and six ARM Cortex A55 efficiency cores clocked at 2.GHz coupled with the Mali G68 MC4 GPU.

There is also UFS 2.2 storage with 6 – or 8GB of LPDDR4X RAM, which makes this a very very potent package. One small downside is the lack of a 256GB model but there is a microSD card slot for expansion.

MediaTek has made great strides with its silicon and it shows on this phone it is extremely performant for all kinds of tasks and stays relatively cool while doing so. The phone is also excellent for gaming as it doesn’t get too warm while playing games like Ghenshin impact or Asphalt 8.

The Xiaomi 11i Hypercharge also performed well in synthetic benchmarks and you can see how it compared to the likes of the Realme 9 Pro, Poco X4 Pro 5G and OnePlus Nord CE 2 5G.

Call and network performance expectedly was up to the mark. I tested the phone using the Airtel and Reliance Jio networks in the New Delhi NCR region. It should be noted that this is a dual SIM phone and supports 5G, though one SIM slot is optionally for a microSD card.

Xiaomi has been leveraging the 108Mp primary camera setup since the launch of the Mi 10 in 2020. The Xiaomi 11i Hypercharge continues this trend of the 108Mp camera — which is now paired up with an f/1.89 aperture and is coupled with an 8Mp ultra-wide camera as well as a 2Mp macro camera. There is also a 16Mp front-facing camera for selfies.

As you can imagine, when given good lighting, the Xiaomi 11i Hypercharge 5G dazzles. It takes nice photos which are normally colour accurate but can be a tad saturated at times. The camera would lock focus quite rapidly, though there is an inherent tendency to over-sharpen the image and boost the contrast levels. Thanks to the sensor size, close up shots have great natural depth.

The low light image quality is par for the course. The big issue is that the colours are widely off the mark in bad lighting, however, if there is neat ambient light, then the camera system can extract good image quality from the scene.

The ultra-wide camera is decent for taking images in broad daylight but its image quality takes quite the tumble when in low light. And the macro camera, while a nice novelty considering its 2Mp resolution, should exclusively be used when there is excellent lighting but as is the case with almost any phone with a low res macro lens, the main camera is better, even if you crop in later.

The 16Mp front camera is adequate for selfies which have good detail and especially the portrait mode which works well.

The Hypercharge 5G handle 4K video from the primary camera and maxes out at 1080p with the selfie camera. It offers decent levels of electronic stabilisation (not OIS) in day time but as the lighting gets worse, the stabilisation degrades. The footage can also get jittery in low light and the audio captured isn’t of the highest quality.

The impressive performance is balanced with excellent battery life. The 4500mAh battery lasts easily a day on a single charge with medium to heavy use. It also managed to last a decent 11 hours and 12 minutes on the PCMark Work 3.0 battery test.

More importantly, if you want a quick juice up, then that is managed in 3 minutes in 26 seconds for 20 per cent and 30 per cent in just 5 minutes and 20 seconds.

Mind you, all these figures are without the boost mode on — the figures would be slightly better (20 percent) with it turned on. Suffice to say, even if the battery life is not adequate for you, it more than makes up for it with its extreme charging tech. It is an impressive package.

The Xiaomi 11i Hypercharge runs on MIUI13 which is based on Android 11 which is now outdated.

That being said, MIUI 13 is an impressive enhancement of Xiaomi’s user interface which cleans things up. It also doesn’t come with a lot of bloatware and the situation with advertisements is under control.

There is a lot to like about MIUI 13 with features like dual apps that allow one to run two instances of the same app. There is the game turbo mode which is a special app locker for all your games and also helps manage system performance and optimise things for gaming.

Users can also remove the Xiaomi vault and replace it with the Google Feed.

However, you can get both phones for less than those RRPs with the usual discounts on the Xiaomi store as well as Amazon, Croma, Vijaysales and Flipkart.

For users who buy the phone via the Mi store with an HDFC credit card, there is a cashback of ₹1,500.

See some rivals for the 11i Hypercharge 5G in our  best mid-range phones chart, best Xiaomi phones chart and best 5G phones chart.

For anyone looking for an excellent phone at a lower end mid-range price, the Xiaomi 11i Hypercharge will dazzle.

It is a beast when it comes down to performance, especially for mobile gamers. At the same time, it packs a large attractive screen with a 120Hz refresh rate, stereo speakers and a headphone jack.

Decent cameras and impressive battery life are backed up by cutting edge charging technology all packaged very attractively. You can’t go wrong with this phone.