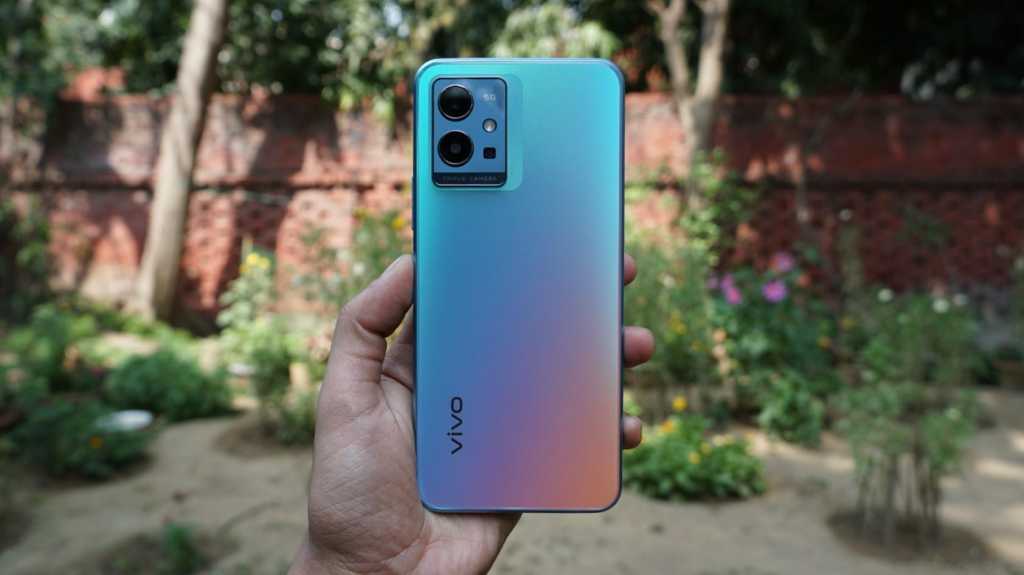 The Vivo T1 5G has a lot of potential thanks to the combination of a powerful processor and smooth software, but it’s held back by build quality issues and an underwhelming display. If you can get past these flaws, it’s one of the better budget phones in India.

Vivo has been on a tear in the last few years. Its phones have improved by leaps and bounds, and now its premium flagships play in the same ballpark as the iPhone and Samsung Galaxys of this world.

But the one thing it hasn’t managed to crack is the mid-range market, which has been largely dominated by Xiaomi in India. Vivo’s new T1 line of 5G-enabled smartphones has been conceived to take the fight to Xiaomi as they promise great battery life, design, and performance in a package that is rather affordable.

On paper, Vivo has included all the right ingredients to create a winner of a mid-range phone which will pique the curiosity of the Indian audience. But can it take on the brand that commands almost 30 percent market share?

Vivo has adopted a geometric design language that is similar to the iPhone. Flat lines and a gradient back punctuate its core design. In other words, this is an attractive looking phone.

It is neither the slimmest gadget, nor the thickest one, at 8.3mm and 187g. The build quality is above average at best though, considering there is a lot of plastic used that is made to look like metal, with plastic everywhere except the display.

The good news here is that this design does accommodate a headphone jack, along with the USB-C port.

The display measures 6.58in with a teardrop style notch for the selfie camera and a bit of chin on the bottom end.

The display is decent overall, but not on a par with what the likes of Xiaomi and Poco have started offering on their phones in the same price band. It’s a 120Hz IPS panel with a Full HD+ resolution. The touch sampling rate is also at 240Hz which is excellent. Colours are accurate but overall the display is a wee bit washed out.

The display also gets decently bright and is decent enough for watching content on the go even when there is bright sunlight around.

The T1 5G also lags the competition when it comes down to haptic feedback. It has really jarring haptics which don’t make for great typing, which is probably the reason why Vivo has turned it off by default. In a way, this is not too different from what Samsung has been doing on its Galaxy M and A series of phones.

The Vivo T1 5G is one of the first phones in the world to feature the Qualcomm Snapdragon 695 5G processor. This is a 6nm chipset which also adds a 5G modem. This of course means the phone is also relatively future-proof as when 5G lands in India (many experts think 2023) this phone will be ready for the next generation network.

In daily use, performance is more than satisfactory. The addition of the 120Hz panel also makes this phone quite responsive in day to day use and quite nice for gamers.

I played games like Call of Duty: Mobile and Asphalt 8 and generally the performance impressed, with insignificant frame rate jitters and very impressive graphical fidelity for the class of device. While doing so, the phone also didn’t overheat too much thanks to the 5-layer liquid cooling system that Vivo has introduced on this phone.

We also ran a bunch of synthetic benchmarks on this phone which reveals that it is a legitimate contender for one of the best performing phones in the sub Rs 20,000 segment. On the PCMark work performance test it scored 9491 which is a very respectable score.

In day to day use I found the Vivo T1 5G to be more responsive than Xiaomi’s Redmi Note 10 Pro Max, which is one of the best phones in the segment – and that’s lavish praise.

This phone also comes with 128GB of onboard storage and it gets a microSD card reader which means that you can expand that storage. The unit we tested comes with 8GB RAM, but it’s also available with either 4 or 6GB memory.

Call and network performance was fine. I tested the phone on the Airtel and Reliance Jio networks in the New Delhi NCR region and the results were along expected lines. This is also a dual-SIM phone.

The main camera uses a wonderful 50Mp primary sensor with a f/1.8 aperture — and this sensor is excellent. It takes sharp and vivid photos when given good lighting and even in low light scenarios it can hold its own.

It also gets a very usable night mode which works well as long as you can hold the phone still for about three seconds, which will enable a long exposure and take a blur-free shot. The photos also exude a very creamy natural bokeh and the extra resolution enables a 2x zoom which works decently in good lighting.

Things become complicated when we talk about the macro mode because it is largely rendered useless by its paltry 2Mp resolution. There is also a depth sensor which also measures in at 2Mp, but at least this helps in taking some usable portrait shots which have reasonable edge detection.

There is also a 16Mp front-facing camera that does the job for selfies and vlogging, but it’s not great when the lighting is poor.

At best this phone can shoot 1080p video which is average by 2022 standards. When in good light it can take quite usable video, but the quality of the audio is poor and the stabilisation can become janky if your hands shake a lot. All of this deteriorates massively when the light gets darker.

Overall, it is a good phone for taking photos — it gets the basics right but the fringe benefits are just for the sake of marketing as they don’t work that well in real world use.

In 15 minutes the Vivo T1 can restore 15 percent of charge, and in 30 minutes it hits 30 percent. Total charge time with the supplied power brick was a lethargic 2 hours and 7 minutes.

This is certainly a far cry from the 20-minute charging that some of the new 120W charging phones are capable of. This is of course because this phone only gets a rather rudimentary 18W charging brick, and the battery remains quite large at 5000mAh.

Battery life-wise, it is impressive as it manages 7 hours of screen on time on a single charge and generally would provide enough juice for more than a single work day’s use, despite medium-to-heavy usage. In the PCMark battery test it scored a whopping 19 hours and 15 minutes, which is the highest for any phone I have tested in the last two years. Impressive battery life to say the least.

The T1 5G is tuned quite nicely with FuntouchOS running on top of Android 12. Again this is another area where Vivo has the jump on the likes of Xiaomi as its user interface is not only cleaner but it tends to offer fresher versions of Android out of the gate with a regular stream of updates over the course of the phone’s life cycle.

Generally, it comes with a very stock Android-like motif which is something Vivo’s FuntouchOS has retained for the last couple of years. There is bloatware though, and if you don’t turn advertisements off during setup then you will be bugged by unnecessary stuff.

That being said, most of the preloaded junk can be removed, apart from the Vivo apps like its terrible theming engine, its own duplicated apps etc. But these are minor irritants in the scheme of things as the UI is responsive and easy to use.

It also helps that Vivo promises two full Android updates and a further year of security patches even after those updates – not bad for a budget phone. All in all, right now, FuntouchOS represents one of the better takes on Android.

The phone is available on both the Vivo India online store and Walmart-owned e-commerce giant Flipkart. The phone is offered in two colours: Starlight Black and Rainbow Fantasy.

The trade off for the customer is a complicated one, because Xiaomi’s Redmi Note phones come with better AMOLED screens and improved cameras, while Vivo has focussed more on performance and battery life.

Check out our pick of the best cheap phones for a few more options, or the best Vivo phones for alternatives from the same brand.

When it comes to smartphones below Rs 20,000 in India, the market is crowded. It can be argued that India is the most competitive market for such devices and in the last seven years, Xiaomi has held the segment with a vice-like grip.

Sure, Vivo needs to work more on the cameras and the build quality of its phones by adding things like splash-resistance and Gorilla Glass, but the fundamentals are right here with clean software.

This is certainly a contender for anyone who wants a fast, affordable phone or even for someone looking for a great secondary phone.

My recommendation is to steer clear away from the base level 4GB RAM model as that could run into performance issues, though with either of the other models you should be golden.