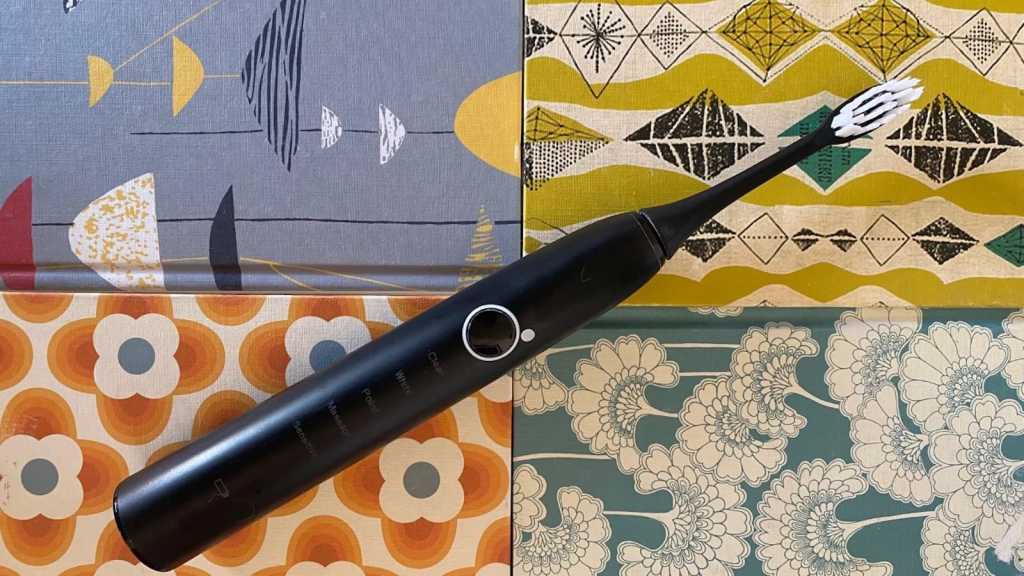 With five brushing modes and a whopping six-week battery life, the Moon electric toothbrush is impressive for its price – but you’ll wind up paying more over time for the replacement brush head subscription.

Among its other products is the Moon electric toothbrush, which we’re reviewing here. Although some Moon items, including the whitening pen, toothpastes and manual brushes, have made their way to the UK and are sold by Boots, as yet the electric toothbrush is only available in the US.

Dental care products tend to be marketed in the same way. Lots of zingy blue and clinical white: everything clean, healthy, bland. Moon products are marketed like makeup, with appealing, TikTok-worthy packaging. The Moon website is no exception, with a beauty product aesthetic and tons of shots and videos of Kendall grinning and brushing her teeth like a maniac.

It’s no surprise then, that the Moon electric toothbrush is sleek and attractive. What might be more of a surprise is that it’s a good brush. 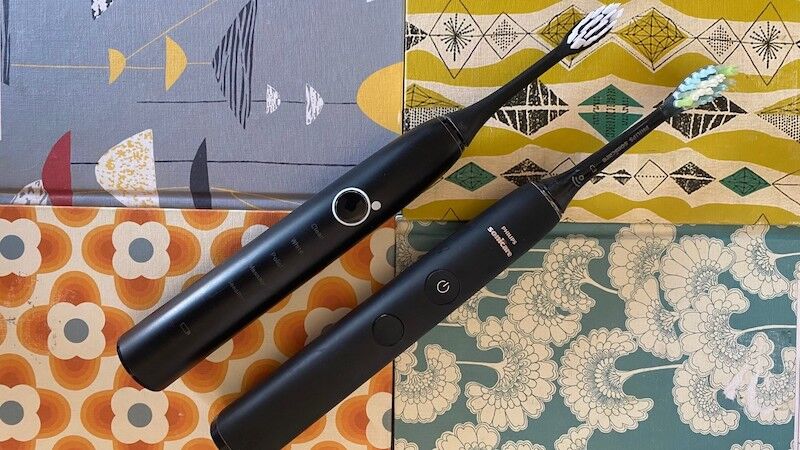 In practice, it’s impossible to feel any difference and we honestly can’t say whether more vibrations would equate to a better brushing experience. The Moon toothbrush does feel effective, however.

In the box, you’ll get the toothbrush handle, two toothbrush heads (one with white and one with black bristles), a USB charger and a US plug adaptor. It also comes with a travel case that’s nicely designed but plasticky. 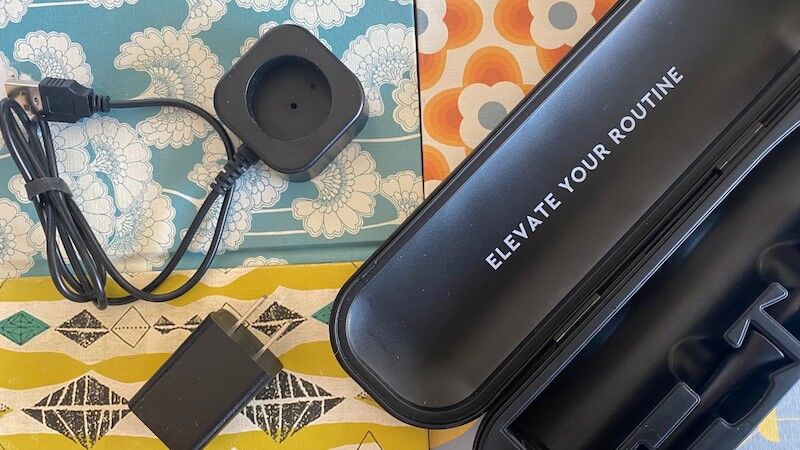 The brush itself is light and pleasant to hold. It has five brushing modes (clean, white, polish, massage and sensitive), which give a good range of intensity. 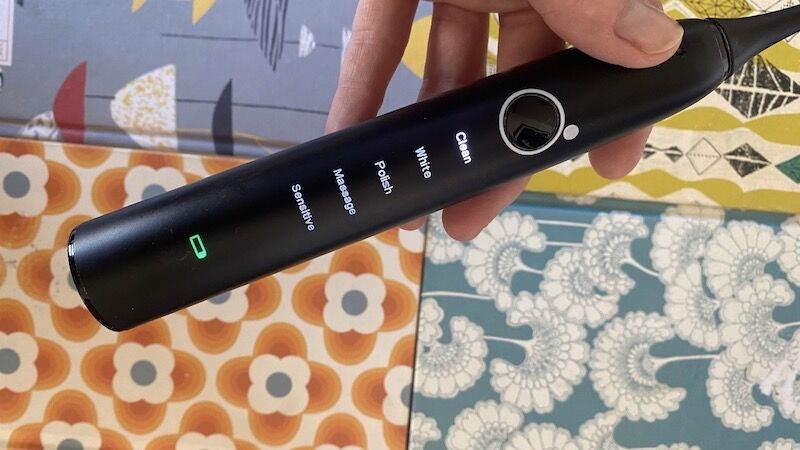 The Moon electric toothbrush is FDA approved. It also has a dentist-approved two minute timer, with a vibration change every 30 seconds to alert you to move on to the next quadrant of your mouth. After two minutes, it switches off automatically, which is handy as you don’t have to scroll through all of the other brushing modes to turn it off.

The timer is a feature we consider to be vital to an electric toothbrush but there’s another key feature that’s missing: a pressure sensor. Many people brush too hard as a substitute for brushing well and a pressure sensor is important in letting you know when you may be damaging your teeth and gums.

The Moon brush also has a battery light which shines green when it’s charged enough to use and red when it’s charging. It’s not a full indicator in that it won’t tell you how much battery life is left, but given the purportedly long battery life, it’s not something you’ll need to worry about every day.

That’s because the battery should last for a whopping six weeks, given four minutes a day of brushing (two in the morning, two at night). That’s not something we can confirm, given that we haven’t tested the brush for six weeks. But what we can say is that the battery is still going strong after three.

This is a huge improvement on the battery life of most electric toothbrushes, and a real reason to consider it if you’re bad at remembering to charge your brush.

Still, even if you want to bring a charger away with you, the small and very portable toothbrush charging stand and USB connector make it ideal for travelling.

If you want to buy replacement brush heads via a subscription service, you’ll get two brush heads delivered every six months for $14.99 (or $11.99 with the current offer). If you don’t want to subscribe – well, that might be a problem. Replacement heads don’t seem to be available to buy from Moon or any other stockists.

On one hand, that’s not terrible. Buy any electric toothbrush and you’re going to need to keep buying its toothbrush heads. But there are cheaper, compatible products available for bigger brands, or you can buy replacement heads in bulk when they’re on offer.

But buy a Moon brush and you are locked in to a repeat purchase that might not be convenient or economical.

Moon products are available from a number of retailers, including Amazon and Boots, but the electric toothbrush is currently only sold via the Moon website. It’s usually priced at $59.99 but you can currently get it for $49.99. As we mentioned, you’ll also need to buy replacement brush heads via the subscription service. It costs $14.99 (or $11.99 with the current offer) for two brush heads delivered every six months.

The Moon electric toothbrush is good value for its price, has a number of brushing modes and feels effective. Its stand-out feature is its incredible six-week battery life.

But it lacks a pressure sensor, so if you tend to over-brush, this is not the product for you. And don’t forget that if you buy, you’ll be tied into a subscription service for replacement brush heads – this may be helpful if you’re forgetful, but it’s not likely to be the most cost-efficient option.