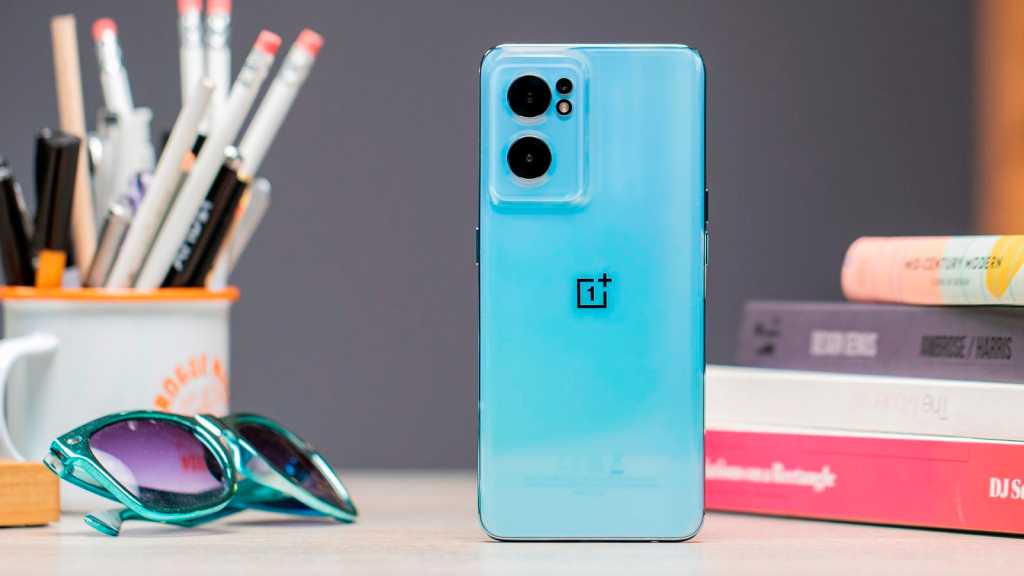 The OnePlus Nord CE 2 is an impressive affordable mid-ranger, with only a few flaws – though the biggest is OnePlus’s lacklustre commitment to software updates, which will likely see the phone out of updates by the end of next year.

OnePlus has been on a roll recently with its affordable mid-range options, which have consistently delivered solid specs for the price even as the lustre of its flagships has arguably begun to wane.

I’m pleased to report that the Nord CE 2 is no exception. Yes, eagle-eyed industry watchers may note that this is probably just a re-packaged and re-branded spin on the Reno 7 5G from parent company Oppo (comparing the spec sheets is an especially challenging game of spot-the-difference), but for anyone actually considering buying the phone this simply doesn’t matter.

At the end of the day, the Nord CE 2 offers strong specs and a potent camera at a price that’s hard to beat – and looks the part too.

If you’ve seen any of the recent Nord phones, the Nord CE 2 will look… familiar. The company has settled into a rhythm here when it comes to rough size and shape, which is no bad thing, though the design is a clear step up from the original Nord CE.

With a 6.43in display the CE 2 is almost exactly the same size as its predecessors, and bang on the average for a modern Android device. The company has however worked to keep the phone thin at 7.8mm, and light at 173g, which keep it comfortable in the hand.

It’s that light in part because both the frame and back of the phone are made from plastic, rather than metal or glass. At this price those materials are typical enough though, and of course a plastic back is more durable than your average glass finish.

It helps that OnePlus has worked to make that plastic look good. Available in either Gray Mirror or Bahama Blue, the phone has a shimmering, transparent top layer that then rises up to curve round the main camera. It’s reminiscent of the much more expensive Oppo Find X5 Pro, and strikes the delicate balance of looking both unusual and attractive.

There’s no IP rating for dust or water-resistance, but OnePlus does claim the phone is splash-proof – so it’s fine in the rain, but maybe don’t use it in the bath too often.

Finally, in line with the other Nord devices but unlike OnePlus’s flagships, there’s no alert slider toggle on the phone’s side – one of the unique OnePlus touches that I do miss here.

OnePlus has used the same display in most of the recent Nord handsets, but for good reason.

The 6.43in AMOLED display here offers a 90Hz refresh rate and great colour range. It’s not a flagship-level screen by any means, but it’s still one of the better panels around this price.

At some point OnePlus will have to make the jump to the faster 120Hz refresh rate on these cheaper Nord phones, but for now 90Hz feels fine. It still keeps animations and scrolling fast and fluid, and in all honesty no-one except competitive gamers will really see that much benefit from a faster refresh than this.

The screen also comes coated in Gorilla Glass 5. Again, that’s not the top tier version, but it’s good enough to hold off most nicks and scratches, with a pre-applied screen protector adding another layer of support.

Audio isn’t bad either. There’s no sign of stereo speakers, but the output here is still fairly punchy and crisp by smartphone standards. The inclusion of a 3.5mm headphone jack doesn’t hurt either, giving an easier option for wired headphone use with no need for a USB-C dongle.

There’s no getting around the fact that the MediaTek Dimensity 900 chipset inside the Nord CE 2 is no powerhouse, but it probably offers plenty for the average user.

Over a week or two of using the phone daily I’ve only noticed very occasional lag, freezing, or stuttering, mostly when loading new apps or in heavy multitasking. There’s enough power for decent mobile gaming too, though this won’t hit the high graphics settings on more demanding titles.

In the UK and Europe OnePlus is only offering the phone with 8GB of RAM (which is the model I’ve been testing), though in India there’s a cheaper version that drops to 6GB – though this will exacerbate the minor performance setbacks in multitasking.

Storage is fixed at 128GB either way, but if that’s not enough then the company has included a microSD slot. Even better, this comes alongside (rather than instead of) the second SIM slot, meaning you could run two SIM cards and a microSD storage expansion if you felt the need.

Those SIMs can be 5G of course, and the phone also supports Wi-Fi 6, Bluetooth 5.2, and NFC – making it pretty fully featured when it comes to connectivity.

OnePlus has always been proud of its battery and charging tech, so it’s no surprise to see a healthy 4500mAh battery included here. I’ve found the phone can comfortably last a full day – even a fairly intense day of usage while travelling abroad – and would probably hit two full days for lighter users.

65W wired charging will keep it topped up too. OnePlus claims it can deliver a full charge in 32 minutes, and our testing shows it’s pretty close – the phone hit 58% battery after a 15-minute charge, and 93% after half an hour.

As you’d expect given the price, there’s no wireless charging at all.

Camera is one of the first compromises in cheaper phones, and understandably OnePlus has stripped things back a little here compared to its premium phones. Still, the camera will deliver the goods when the lighting conditions are right.

You get a 64Mp, f/1.8 main shooter with electronic image stabilisation (EIS). In daytime or bright indoor lighting this produces great results, with vivid colour and plenty of detail. I’ve managed a few shots that are genuinely pretty beautiful, and rarely felt I was missing out by not having a more expensive phone in my pocket.

Results drop off in dim light, which is where the larger sensors and optical stabilisation of high-end phones make the real difference. Still, for simple shots this does the job, and will only really drop the ball in serious darkness.

The 8Mp, f/2.2 ultrawide that comes alongside isn’t bad – it lacks a little in dynamic range and there’s a definite drop in detail, but it can still deliver some decent shots in the right lighting. A 2Mp macro camera rounds out the set – this is fine, but unremarkable.

On the front, the 16Mp, f/2.4 selfie camera is a similar story. In the right lighting it works well enough, though shots are a little soft. Portrait mode can deliver a blurred bokeh background, but the edge detection needs work – blurring bits of hair while leaving spots in the background untouched.

You can record 1080p video at up to 120fps, or 4K at 30fps. Results aren’t bad, though with only EIS included this won’t be the best camera for stable vlogging or the like.

Software is a bit of a mixed bag.

For one, the phone ships with Android 11 – rather than the more recent Android 12 – with OnePlus’s own OxygenOS skin on top.

Anyone who follows phones closely will know that OxygenOS – once the darling of the Android press – has now combined codebases with Oppo’s ColorOS, sparking fears of a decline in quality.

Aesthetically, little has changed, and the average user probably won’t notice the difference. Users of other recent OnePlus devices have bemoaned an increase in bugs however, and I must admit that every time the phone stuttered I wondered if the shift in programming was to blame.

OnePlus is also proudly boasting that the phone comes with two years of Android updates and a third of security patches. Since the phone has shipped with an older Android version, that unfortunately means it’s only likely to receive Android 13 – due later this year – and never get a full Android version update after that.

In fairness to OnePlus, few other phones at this price offer much better guarantees for software support, but it still doesn’t feel good enough. At a time when the (admittedly much more expensive) Samsung Galaxy S22 series promises updates through to Android 16 in 2025, and Apple’s latest iPhones will likely be updated even longer, the OnePlus promise isn’t enough.

The OnePlus Nord CE 2 is available widely across Europe, as well as India, but is not set to hit North America as things stand. Check out our guide to where to buy the Nord CE 2 for more info and the latest deals.

The pricing puts the Nord CE 2 into the lower end of what we at Tech Advisor consider a mid-range phone. Competition here is fierce OnePlus’s own excellent Nord 2 costs just a little more, while the Xiaomi Redmi Note 10 Pro and Poco F3 also offer options around the same price.

The OnePlus Nord CE 2 is an impressive affordable mid-ranger, with only a few flaws. In fact, perhaps its biggest challenge is simply that spending only a little more would net you the even better Nord 2.

Performance, battery, and charging all impress for the price, and the design is slick enough to outgrow its humble plasticky origins.

The camera has its flaws, but is typical for the price, with a main camera that’s good during the day, and other lenses that are at least serviceable. The biggest downside is really OnePlus’s lacklustre commitment to software updates, which will likely see the phone out of updates by the end of next year.