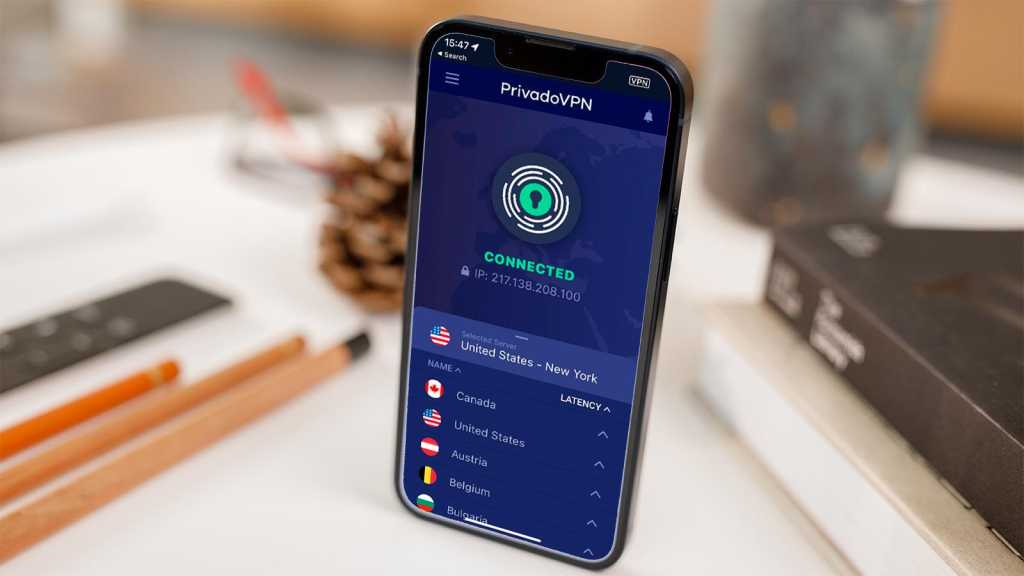 As the name suggests, Privado is strong on privacy. But there are other areas that need work in order for us to be able to recommend this VPN.

Privado – Spanish for private – is a relative newcomer to the VPN world. It’s registered in Switzerland, which is one of the best places for a VPN as its privacy laws are much more favourable than countries such as the UK and US.

Its network is relatively small, consisting of around 320 servers, but those cover 59 cities in 46 countries, so there’s plenty of choice.

Most of those servers are owned and operated by Privado, which is better from a security point of view than renting from a datacentre provider. However, even the minority of servers that Privado rents are physical, not virtual.

Not only this: as well as the servers, in most of its locations Privado also owns the network itself which is peered with major regional ISPs – something that other VPN services cannot boast.

It offers all the apps you’d expect, including Windows, Android, macOS, iOS, Fire TV and Android TV. It even has a dedicated iPad app now. There are no browser extensions, but that’s no bad thing as extensions have their own issues.

Privado is aimed at everyone who wants a VPN, whether for privacy, streaming or downloading. In fact, not only does it support P2P downloads – it also offers a SOCKS5 proxy service as an alternative to a VPN for high-speed downloads.

There’s even a compelling free tier which unblocks streaming services – the only free VPN we’re aware of that does. It limits you to 10GB of data per month, and doesn’t let you use the proxy service, but it’s pretty generous overall.

If you pay for a subscription, you have access to the full selection of servers (not just 12) and can connect up to 10 devices to the service at the same time.

Being a fairly young VPN service, Privado doesn’t offer an extensive selection of features in its apps, but it does cover the basics, and it’s working on adding more features over the next weeks and months.

For example, it has recently added WireGuard support for Windows and Android (currently available as a ‘Preview’), and aims for it to be in the iOS and macOS apps by the end of March 2022.

Split-tunnelling – the ability to choose which apps use the VPN and which don’t – was also missing at the time of review, but should be present by the end of February.

There are a few other factors which make the apps feel a bit basic: the Windows app docks to the Taskbar by default and though you can undock it, it remains a tiny size on high-resolution, modern screens.

There’s no way to favourite servers or see a list of those you’ve recently used, either. But in its favour, you can see how busy each one is and order the list by latency, which makes it obvious which one is going to offer the best connection. And there’s also a Best Location option at the top which you can click on if you’re in a hurry.

Plus, if you go into the Settings, you’ll find an auto-connect option which will connect to the last-used server (or the recommended one or a random one) when the app launches.

We’d like to see another option added to auto-connect if your device joins an unknown Wi-Fi network, though.

There’s a kill switch which ‘kills’ the internet connection and stops any data being sent should the VPN connection drop for any reason, but it’s not configurable. It’s designed to stop all traffic unless the VPN is connected, so bear that in mind when you’re wondering why you can’t access any websites. This is almost certainly why it’s turned off by default.

The Android and iOS apps use a similar interface and are almost identical to each other. Both are better than the Windows app because they’re not restricted to a small window and use the whole screen.

They do lack a kill switch, though, and aside from being able to choose which protocol to use, the only other option is a similar auto-connect feature with the same options as the Windows app, and no way to favourite multiple servers. Here’s the entire list of options available on iOS:

It would be nice to have the the ‘signal bars’ graphic from the Windows app on mobile too, as without it, it’s not obvious whether the server order you’re looking at is ‘worst’ latency to best or ‘best’ to ‘worst’.

With access to only a 70Mbps residential broadband connection in the UK, it wasn’t possible to test Privado’s speeds beyond this. What we can say is that when connected to one of the two UK servers – in London – there was no drop in performance at all.

It was also good to see no loss of speed when connected to a server on the US West coast in Portland.

Only when connecting to servers even further away, such in Tokyo and Sydney, was there a discernable drop in download speed, but even then, at 60Mbps it was more than fast enough for most activities, such as streaming video.

And that is where Privado does particularly well, unblocking Netflix, Amazon Prime and Disney+ with no problems.

We also tried unblocking iPlayer from France, which worked without hitch, and only hit a roadblock when trying to watch shows from ITV Hub, which didn’t work.

We did have a few problems connecting to servers, with the iOS app telling us it was ‘Connected’ but then “Error while connect” just a few seconds later. That’s slightly worrying considering there’s no kill switch.

At least connections were speedy, taking just a few seconds using IKEv2, unlike the Windows app, which would regularly take upwards of 20 seconds to connect each time. This was reduced to about six seconds using WireGuard, but that’s still not as fast as expected.

The other issue we ran into was an “Access denied” message when trying to visit eBay UK when connected to a server in the Netherlands. Other UK sites worked fine, including Amazon.

We found no evidence of any DNS leaks, which is good, but it’s worth noting that Privado doesn’t support IPv6, and blocks these connections instead.

Overall, Privado ticks the important boxes for privacy. As mentioned, it’s registered in Switzerland, so authorities won’t ask it to hand over any data. Even if they did, there’s no data to hand over because of the no-logs policy.

Like many other VPN services, some data is logged for maintaining and improving the service but, importantly, none of it can tie any of your internet activity back to you.

The only snag with this is that you’ll just have to take Privado’s word for it because there’s no independent audit to prove it doesn’t log these things.

When we spoke to Privado, we were told that an audit is planned in the next few months, but the current focus is on adding new features – WireGuard, split-tunnelling and more – as well as improving performance.

Although Privado doesn’t yet offer live chat as a support option, it does have 24/7 email support. And in our experience, responses are fast.

After submitting a ‘ticket’ via Privado’s website (help is not available directly in the apps) a response came through in just a few minutes. That’s no slower than live chat, although the benefit of being able to chat means you can ask for clarification, other questions and it’s generally preferable.

Privado is planning to add live chat in the future, but for now there is good support through the ticket system as well as FAQs and tutorials on its website.

As mentioned, you can use Privado for free – if you can live with the restrictions.

For access to all servers and to get unlimited bandwidth, you’ll need to pay. At the time of writing, the cheapest deal was to sign up for 12 months, which cost $59.88, equivalent to $4.99 per month.

For those in the UK, that’s around £44 and £3.70 per month. Currently it’s only possible to pay by credit / debit card or PayPal, but crypto payments will be offered soon.

If you need a VPN for just a month, Privado charges only $7.99 (around £6) which is cheaper than many services.

Surfshark may not be the absolute fastest VPN around, but its apps have lots of features, it unblocks streaming services just as well and has even more servers to choose between (though they’re rented, not owned). For alternatives, see our roundup of the best VPN services.

While Privado ticks quite a few boxes, particularly around privacy, and it could well appeal to those who download a lot of torrent files. The basics are there, but quite a few boxes remain unticked.

We’ve no doubt that Privado will work quickly to address many of the criticisms levelled here and is already working on many of them. However, it isn’t possible to review anything based on promises, so we can only judge the service based on how it performs today. And when other services offer more for less, it’s hard to recommend Privado over them.

But if you’re after a free VPN, then it’s much easier to recommend it.