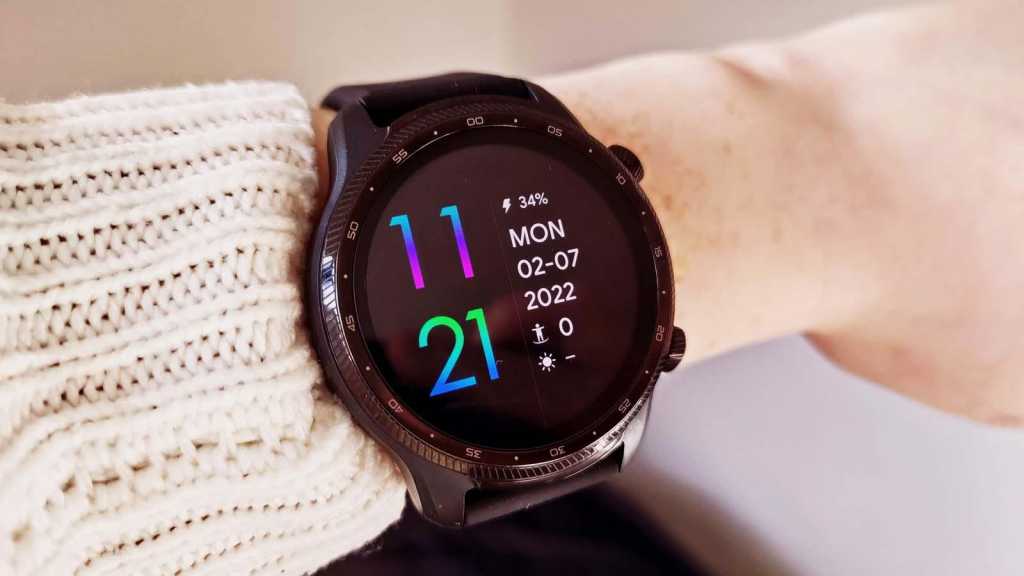 The TicWatch Pro 3 Ultra is a decent rugged smartwatch offering that won’t break the bank, even if battery life could be better – considering its intended use case.

The TicWatch Pro 3 Ultra launched at the end of 2021 and boasts more premium features compared to Mobvoi’s other wearables, including a full-colour AMOLED watch face, an always-on FSTN display and, most notably for this generation, a hardier design.

It’s worth noting that with the sample we tested, the compass had been disabled. Despite initially being marketed as a key feature of the Ultra, between announcement and launch Mobvoi disabled compass functionality, citing “compatibility issues” (which after asking for additional details, Mobvoi declined to expand upon).

Should Tech Advisor glean more information around why the compass feature was removed after the Ultra hit the market and whether it’ll ever be reinstated, I will update this review accordingly.

Whilst this is marketed as a rugged smartwatch for adventurers, it still sports a refined and no-nonsense design. It features a decidedly chunky profile (12.3mm thick), which means it can get stuck if you wear tighter-sleeved clothing, however.

The watch’s 47mm casing is comprised of stainless steel, high-strength nylon and fibreglass , complemented by a 22mm fluoro rubber strap. This can be switched out for any other 22mm strap (including ones from Mobvoi), though Mobvoi only offers the GPS watch in basic black. The LTE model comes in a more luxurious dark brown hybrid leather variant.

At 41 grams, whilst it’s not the lightest wearable I’ve worn, it doesn’t feel too heavy on the wrist, and it’s comfortable to wear for extended periods of time. The strap also feels more sturdy and durable than what you will find on cheaper entries from Mobvoi, such as the TicWatch E3.

If you partake in any intense exercise, make sure that you wipe down the watch strap after use, as sweat can cause staining and leave marks.

The TicWatch Pro 3 Ultra boasts a 1.4in full-colour AMOLED display, which is protected by Corning Gorilla anti-fingerprint glass. Not only is this bright (even in direct sunlight) but it’s also responsive to touch, even when using it in water. The Pro line’s standout feature is that in place of a conventional always-on mode for the AMOLED display, it instead switches to a secondary always-on FSTN screen, so you can easily glance at the time while draining minimal power.

The watch can withstand tough conditions, with IP68 and MIL-STD-810G (military-standard) certification, and after being submerged (such as after swimming) the watch will even drain itself of excess water.

The TicWatch’s casing features both a speaker and microphone, so you can take calls on-wrist and use the built-in Google Assistant to check the weather, bring up your heart rate measurements and more.

The TicWatch Pro 3 Ultra runs on a Snapdragon Wear 4100 chip, along with Mobvoi’s own dual-processor system. Early rumours suggested that the device would run on the slightly more powerful 4100+ chipset, but Mobvoi chose to stick with the base 4100; perhaps in an attempt to keep costs down.

Even without Qualcomm’s latest and greatest wearable silicon, the Ultra offers up a perfectly responsive user experience, that was smoother and less janky than on the cheaper TicWatch E3 (which is also powered by a 4100), so clearly, software updates have been helping streamline things greatly.

The TicWatch runs on Google’s Wear OS 2.33, with a promised update to Wear OS 3, sometime later this year and comes with 1GB RAM and 8GB ROM in tow.

There’s a breadth of apps to choose from, with standard Google offerings – such as Google Translate, Google Maps and Google Pay available – as well as the likes of Spotify, for any music fans. Having Google’s backing (in the form of Wear OS and the Play Store) is a big advantage over other wearables from the likes of Amazfit, which rely on custom apps alone.

There are over 100 different exercise tracking options within the TicExercise app, with basics such as running, cycling and swimming, and more obscure options such as plank, deadlift, fencing and ice hockey. You can also use the Google Fit app for your workouts, although swim tracking isn’t included there.

As an avid swimmer, I noticed that the watch had a bit of trouble telling certain strokes apart; sometimes confusing breaststroke for backstroke and front crawl for butterfly.

The TicWatch Pro 3 Ultra packs both an HD PPG heart rate sensor and an SpO2 sensor, which can be used continuously. Both of these gave me results that seemed accurate and consistent to themselves, as did the sleep tracking software; which is able to detect when you’re in REM, deep sleep, light sleep and awake.

The watch can also auto-detect some workout types. I found this useful when I was out walking, and it was quite accurate at knowing when I had started and stopped – something some rivals struggle with.

If you use the TicWatch apps (TicExercise, TicSleep and more), then your data will be sent to the Mobvoi app on your paired smartphone. When setting up the Ultra, you’ll need to activate both Google Fit and the Mobvoi app, which adds a seemingly unnecessary step, if you only intend on relying on the tracking from one service.

In addition, data recorded by the Google Fit app isn’t automatically carried over to Mobvoi’s mobile app. It would be nice if we got some synchronisation between the two, especially if you’re recording an activity that’s available on one app but not the other. Perhaps the future Wear OS update will iron out this crease; that or Mobvoi needs to look into tighter integration between the platforms.

Otherwise, the Mobvoi app is quite user-friendly. There are logs for your exercise records, your heart rate, your sleep and more – along with tips and data based on your personal metrics.

This app can also be used to customise the watch face; with a number of free and paid offerings available. You can also listen to recordings taken on the voice memo app, plus there’s an option to transcribe audio, which wasn’t anywhere near as bad as I had expected.

Particularly when it comes to insights based on the data the Ultra tracks, Mobvoi’s software lacks links to accredited information, in relation to exercise and health metrics; something that rivals like Withings and Huawei offer to add credibility to their suggestions and guidance.

The TicWatch Pro 3 Ultra packs a 577mAh cell, which Mobvoi claims lasts around 72 hours on average (though this figure will vary, depending on usage).

I found the three-day claim to be pretty accurate, even when using the exercise tracking regularly and having continuous heart rate monitoring switched on.

Whilst this is better than Mobvoi’s cheaper watches, it’s nowhere near as durable as some other rugged smartwatches from brands like Polar and Amazfit; a crucial point of consideration if you’re buying this watch for hiking or mountaineering, and won’t have a place to charge it for days at a time.

You can use the watch in Essential Mode to save some juice, which can allegedly extend the battery up to a whopping 45 days, however, the watch only supports basic functionality in this state.

One annoyance is that if you record exercise whilst the Ultra is low on battery and you don’t have your phone nearby to sync, it will lose all that data. If there were a way for the watch to locally store your activity when synching is not possible, this would be more helpful. In its current state, however, it’s best to keep the TicWatch topped up if you don’t want to miss out on logging those metrics.

In the box, you get a magnetic POGO-pin charger, which can charge the watch from flat to full in a couple of hours. Sadly, there is no fast charging available.

Mobvoi often sells wearables at a competitive price and the TicWatch Pro 3 Ultra is no exception. In the rugged space, alternatives include the Polar Grit X Pro, the Suunto 7 and the Amazfit T-Rex Pro.

The first two are well over £100/$100 more than the TicWatch, and only the Suunto offers a comparable Wear OS user experience. The Amazfit is considerably cheaper, but also makes compromises with a less premium build and slower performance. As such, the TicWatch Pro 3 Ultra offers a decent amount for the price.

In addition, it’s one of the few devices with a promise to receive the highly anticipated Google Wear OS 3 update later this year. You can have a look at other options in our charts of the best smartwatches and the best fitness trackers if this doesn’t sound like it quite fits the bill.

If you want a robust smartwatch with Wear OS, then the TicWatch Pro 3 Ultra is a decent option.

It’s both durable and comfortable, the tracking software is mostly accurate and Mobvoi has clearly been working on streamlining the software on the watch to feel less cluttered; something that will no doubt improve even more with the addition of Wear OS 3, later this year.

There are a few niggles, including issues with synching records when the battery life is low, and the app is not being quite as comprehensive as others. Plus, battery longevity isn’t quite as strong as seen on some rivals.

If you can look past these flaws though, then the TicWatch Pro 3 Ultra is a viable contender in the rugged smartwatch space.