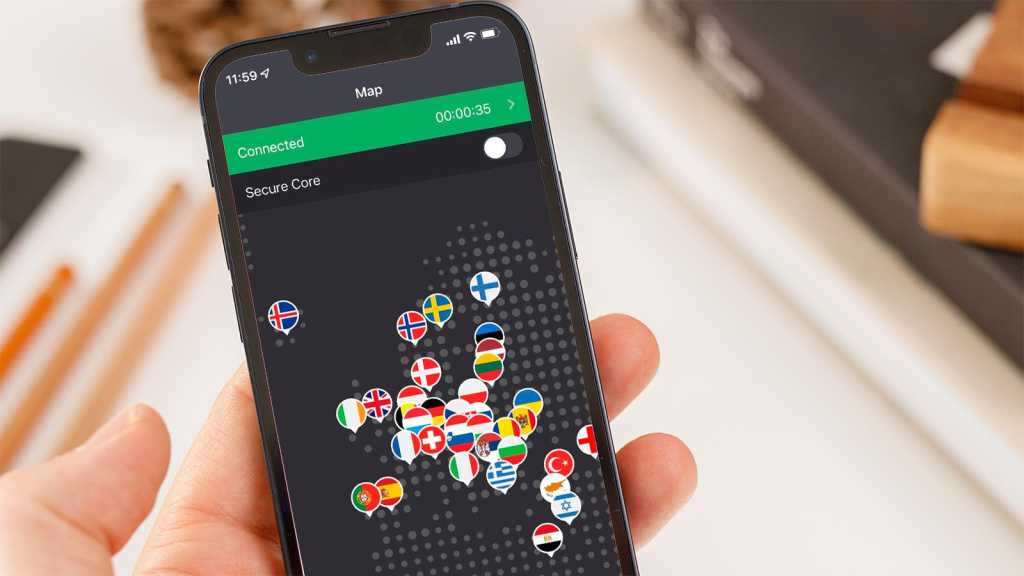 A VPN for power users after the best security and privacy, but too expensive for anyone simply wanting to unblock streaming content.

From free ($5 per month for Basic)

ProtonVPN, which has around since 2017, is probably best known for being a free VPN. Unlike most free rivals, Proton doesn’t put any limits on how much you can use it, stating that “We believe privacy and security are fundamental human rights, so we also provide a free version of ProtonVPN to the public. Unlike other free VPNs, there are no catches. We don’t serve ads or secretly sell your browsing history. ProtonVPN Free is subsidized by ProtonVPN paid users.”

There are catches though: you get a choice of just three servers and you don’t get the fast speeds that Proton offers to paying customers. However, it’s still one of the best free VPN services around.

Here, though, we’re focusing on the paid plans – mainly Plus – and comparing ProtonVPN not to free VPNs but rivals such as NordVPN, Surfshark and others.

Where many VPN providers have made a conscious effort to make their apps light, airy and clean, ProtonVPN favours a darker, more technical-looking interface. It’s the sort of thing you typically see in movies about hacking where nerds bash away at the keyboard and impressive looking graphics appear on screen. Fortunately, there no accompanying bleeps and blurps.

And that’s just the mobile apps: in the desktop apps you’ll see even more data such as the current upload and download speeds, and the total amount of uploaded and downloaded data.

This really is a VPN for power users. As well as the default ‘profiles’ for connecting to the fastest server and a random server, you can create your own.

This isn’t simply saving your most-used countries: you can pick specific servers and even the protocol to use, plus a custom name and colour. You can also set a profile as the default, and that will be used when you click the Quick Connect option.

Protocols vary by device, but include OpenVPN and WireGuard – the latter available even to free users.

As you’d expect, there are many other settings to play with, including a VPN accelerator (which uses various tricks to improve performance) and a kill switch which is customisable in the Windows app. You can even view the application and WireGuard logs if you’re so inclined.

Even power users might be overwhelmed by the number of options in the Windows app, and should avoid changing any they don’t fully understand.

If there’s any criticism to be levelled, it’s that there’s no support for port forwarding, which those who download torrents often want to use. You can’t have a static IP, either.

ProtonVPN used to only offer apps for Windows, macOS, Linux, iOS and Android. But now, it has apps for Amazon Fire TV and Android TV, which is good to see.

Note that there are no browser extensions available, but since such extensions cannot establish a VPN connection they are usually proxies. So if anything, Proton is doing everyone a favour by not providing these.

Aside from the free version, ProtonVPN’s main attraction is privacy & security. It’s based in Switzerland, for its favourable privacy laws, and is transparent about its ownership. Swiss law doesn’t require the saving of any logs, and won’t force ProtonVPN to spy on any specific users.

The apps are all open source, too, so they can be audited by anyone. ProtonVPN has also commissioned independent audits and – unlike some VPNs – publishes the results online.

Apps form just a part of the service, and the setup of ProtonVPN’s servers and network is designed to improve security as much as possible. Users on the Plus or Visionary tiers can use Secure Core servers, which are located in high-security datacentres and owned and operated by ProtonVPN – not rented. Secure Core means your connection is routed through multiple servers, which makes it virtually impossible to trace your original IP address, and therefore any activity cannot be tied to that IP address.

ProtonVPN doesn’t use third-party DNS servers either, which helps to increase privacy by protecting against DNS leaks which could reveal which websites you’re visiting.

You don’t have to give any personal information when you sign up for a ProtonVPN account, and can use one of Proton’s anonymous email addresses, which are free.

Lastly, there’s built-in support for Tor over VPN via some of ProtonVPN’s servers. That’s not something most people will want to use, but if you know what this means, it’s a bonus.

With WireGuard being added in October 2021 – quite a while after most other VPNs supported it – speeds are considerably improved over what was available previously over OpenVPN.

Though I couldn’t test this on my relatively slow 80Mbps broadband connection, there are plenty of reports that ProtonVPN Plus servers should give you somewhere between 400 and  600Mbps both up and down. Some even report download speeds of 850Mbps, which is close enough for those with gigabit broadband: you don’t need to run a VPN all the time, and that’s a perfectly acceptable speed for most people when they do need to be connected.

Using my own connection in the UK and connected to the ‘fastest server’ option, which was also in the UK, there was no discernable drop in performance using speedtest.net and the WireGuard protocol. The other benefit this brings is fast connection times – roughly a second, and noticeably faster than OpenVPN connection times.

Unblocking – on the Plus tier – is very good. I had no issues watching US Netflix from the UK, as well as HBO Max, Amazon Prime, Disney+. ProtonVPN also unblocks BBC iPlayer.

Almost all other VPNs have one offering, and charge different amounts depending upon how long you subscribe for.

ProtonVPN is one of the few services that still has different tiers for paying customers.

For US$4 per month (around £3.40) the Basic plan lets you access 400 servers in 40 countries and connect two devices at the same time. It gives users ‘high’ speeds, as opposed to ‘medium’ speeds that free users get, but not the ‘up to 10Gbps’ speeds Plus users benefit from.

This isn’t because ‘Basic’ servers are slower, but because there are fewer of them, and more people use them. This has a knock-on effect on speed.

The Basic plan supports P2P downloads, comes with the NetShield feature (for blocking ads, trackers and malware) and lets you unblock websites and certain streaming services including YouTube.

However, if you want to unblock Netflix, Disney+, HBO Max, BBC iPlayer and others, you’ll need the Plus tier. This gives subscribers access to ‘Plus’ servers that are off-limits to those on the Basic plan.

Plus costs $8 per month (approximately £7) and includes access to over 1600 servers in 63 countries including the Secure Core servers mentioned previously and Tor over VPN. It also lets you have 10 devices connected at once.

Finally, there’s a Visionary tier, but this won’t be of interest to many as it’s exactly the same as Plus except for the fact you get all the paid features available in ProtonMail added on.

Even at those prices, other VPNs work out cheaper per month. And, of course, without the tiered approach, other services allow all users to unblock streaming services.

If you’re a power user after a VPN for privacy and security, ProtonVPN Plus might well appeal. With excellent speeds, loads of options and access to those Secure Core servers as well as Tor over VPN, the relatively high monthly price might be acceptable.

For everyone else, ProtonVPN is hard to recommend paying for. The Basic tier is more expensive than most rivals, yet doesn’t include the features you’d want such as support for streaming services and the highest speeds.

When you can get those things from Surfshark for less, the choice between them is all too easy.