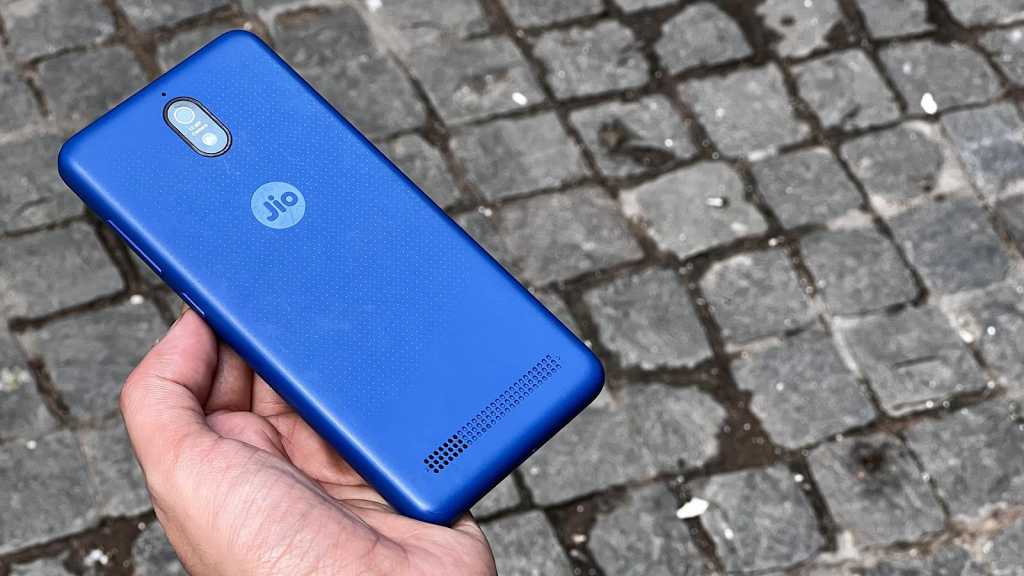 The Jio Phone Next makes sense as a budget Android phone when taken with monthly data plans but as a basic unlocked entry-level Android phone it doesn’t cut the mustard. This collaboration between two giants is largely underwhelming.

The first thing that comes to mind when one starts thinking about the JioPhone Next is that will it completely transform the market like the first JioPhone did when Reliance launched its data-only 4G network? Well, the answer to that, for many reasons, is no.

Three simple reasons that the average consumer will perhaps not understand. The first JioPhone was married with a highly subsidised network plan that was always going to be unsustainable in the long run. It also was the catalyst for zooming India into the age of 4G. And lastly fundamentally, it was still a feature phone based on a baisc phone OS with important services.

The JioPhone Next gets none of these advantages and it further gets hobbled by the global semiconductor shortage which has not only delayed its launch but probably has made it more expensive than either Jio or Google had envisioned it as chips for cheap phones are now hard to get which makes them pricier than their usual cost.

Then it comes at a time when India is on the cusp of 5G but this phone doesn’t do anything to catapult the market into a new standard. Last but not the least, it is fundamentally a base level Android Go smartphone which is running on Jio’s skin that has been co-developed with Google called Pragati OS; so while some experiences are truly impressive, it will not blow you away because the hardware-software stack has limitations at this price point.

The design of the JioPhone Next is interesting for sure. It will kind of remind you of some of the Nokia Lumia Windows Phones that the Finnish manufacturer had released in 2012-2013 before it was acquired by Microsoft.

You also get some throwback feels of the Samsung Galaxy S5 which has a dimpled band-aid-like plastic back which by the way is also removable.

It is a pretty chunky phone for what it is. Reliance and Google haven’t shared the exact dimensions of the weight of the device, though it is pretty light. It also gets a headphone jack which is increasingly becoming a rarity.

Largely, from an ergonomics point of view, it is acceptable and rather compact thanks to the 5.45in screen, so even one-handed usage is effortless.

Overall, the build quality isn’t exceptional — but it is decent to the degree that you should worry about the phone disintegrating with the odd fall.

You get a full smartphone experience with access to the Google Play store. You get full multitasking and you get truly excellent camera and display capabilities for the price. Sure, the screen is just HD in resolution but it is more or less the same size as the screen on the iPhone 13 mini at 5.45in.

Indoors it is bright, with usable viewing angles and fairly accurate colours, plus even gets Gorilla Glass 3 protection. If you want to watch “Squid Game” on Netflix that is possible and the experience will be quite decent.

That being said, the screen does feel dim when used under bright sunlight which can be an issue. It is also flanked by huge bezels on the top and bottom which certainly take away from the aesthetics of the device.

The onboard speakers are nothing to write home about, but the phone also gets a 3.5mm jack slot so you can pop in wired earphones. This will be handy for anyone who wants to watch content more seriously as the speakers will not cut it.

The biggest weakness of the Jio Phone next is performance. Even by budget smartphone standards, despite running a rather clean Google-based Android stack, Pragati OS, the phone feels sluggish all the time.

Animations are laggy and the phone’s performance is patchy at best. Of course, it doesn’t help that the phone is based on Qualcomm’s Snapdragon QM215 chipset which is a quad-core chip with a peak 1.3GHz clock speed paired with just 2GB LPDDR3 RAM.

There’s also just 32GB of storage but memory expansion is available with the phone supporting microSD cards up to 512GB. Though when done, the phone becomes even more sluggish. Graphics on games like Asphalt 7 were understandably rather poor and the frame rates made the game unusable at times.

The issues with real-world performance are further ratified by synthetic benchmarks. In the Geekbench 5 test, it managed just 90 in the single-core test and 297 in the multi-core result. It is approximately, 10 times slower than the Samsung Galaxy S21 Ultra 5G on this test.

Even on the GFXBench, the performance of the phone was very sluggish. Despite a 720p resolution, it at best managed a frame rate of 11 fps which is just not good enough to play any kind of graphically intensive game.

You can see how it compares to other cheap phones like the Moto E7i Power and Nokia G10.

Generally, this phone is best used for calling, messaging, taking photos, social networking and watching the odd video on YouTube. Call and network quality was good, though it should be noted that Reliance Jio is the only network that you can use this phone with.

The camera stack is arguably surprisingly impressive. The JioPhone Next gets a 13Mp sensor on the back which is backed up with the Google Camera Go app which leverages Google’s computational photography chops.

The camera takes surprisingly decent photos in the daytime and also gets a very usable portrait mode. It leverages Google’s HDR processing techniques which bring out lush photos in good lighting.

In low light conditions, it also gets a night mode which coaxes the rudimentary sensor to take basic usable photos albeit with slow shutter speeds in conditions this sensor would throw up nothingness.

This is where this phone becomes a big upgrade for anyone coming from a JioPhone. It also gets an 8Mp selfie camera that is useful for Jio Meet video calls, selfies, self-portraits and group shots. Don’t expect the moon from it but the basic capability is there.

The moment you open the phone packaging you’ll realise the 3500mAh battery is separate and you’ll have to install it yourself. It is one of the things one misses about some of the older smartphones – removable batteries; no need to carry a bulky power bank, just carry an extra battery and you’re good to go.

And in the case of the Jio Phone Next, note that you will need one as the battery life is one of the highlights of this phone which goes on a single charge for more than a single day giving me around 5.5 hours of screen on time. On the PCMark battery test, this phone managed a respectable nine hours and 41 minutes.

Charging the phone is a pretty rudimentary affair with the given 5W charging brick and old-style Micro USB connector. Perhaps, this is one area the JioPhone Next could have offered something more modern.

Charging it for our usual 30-minute period, the phone reached just 22% – although that is similar to other cheap phones.

The software experience is deliciously clean on the JioPhone Next, with the visual difference coming from the squared-off icons and slightly tweaked home screen and multitasking interface.

It comes with a bevy of “go” branded Google apps and Jio services like Saavn, Jio TV and whatnot. All are handy as there is nothing in the phone that you cannot classify as usable. It goes without saying that this phone is on Android 11 and as of January 2022, is still stuck on it.

But the clean Google UI or Pragati OS should ideally convert to a superior day-to-day user experience which is fluid and that’s just not true of the JioPhone Next. It is sluggish and laggy and loading anything takes time.

As mentioned earlier, the components are very basic. 2GB of RAM in 2022 just doesn’t fly — this phone should’ve had at least 4GB RAM and likely I wouldn’t have been complaining about the sluggish experience.

But then again this phone is aimed at a first-time smartphone user who has no idea of what an entry-level smartphone experience should be like. Sure, Reliance and Google could’ve done better, but this isn’t a downgrade from a JioPhone 2 for instance.

Reliance has conjured up a very attractive ₹1,999 plan, which is paired with some interesting financing options. The always-on plan gives you 5GB of data with 100 mins of calling for ₹300 per month or ₹350 per month over 2 years or 18 months.

They become more expensive if you choose the 18-month payment cycle at ₹550 per and ₹600 per month. So you’re getting a combination of data and voice calling embedded here and it is a US carrier embedded deal.

Reliance and Google are taking the opportunity to bring carrier subsidised plans to India with this phone which is smart as this will make a lot of sense to people who are first-time smartphone buyers or people who don’t care much for phones or gadgets but need a basic device — think your grandparents.

But if you want to buy this phone straight up then it costs ₹7,299 RRP from Reliance or Amazon but it seriously isn’t very attractive at that flat unlocked price despite the phone including the carrier plans being more expensive over 18 months with the base level plan.

This means that the phone is not available in the UK or US by any means and is an India exclusive. It is also locked to just run on the Reliance Jio network so you can’t pop a SIM from Airtel or Vodafone in India.

Check out our chart of the best budget phones.

At the end of the day, the best way to judge the JioPhone Next is to not compare it with some of the sub ₹10,000 Xiaomi phones. Because if you don’t need the financing, chances are the Redmi 9A is going to be better, both in terms of battery life and performance.

But what the JioPhone Next enables is the ability to not have to stump up the ₹6,499 in one go, but instead, just ₹1,999 which is going to be huge for people in rural India and also general average person even in urban areas and then he/she based on their preferences and financial capability can choose a down payment plan which also gives them access to the rich Jio 4G network, Google’s and Jio’s services which come preloaded on this phone.

It is an admirable first attempt by Reliance and Google and certainly way better than Google’s overtures with Android One, but the phone is very basic in some areas and I am more excited for what these two do next when 5G goes live in India.