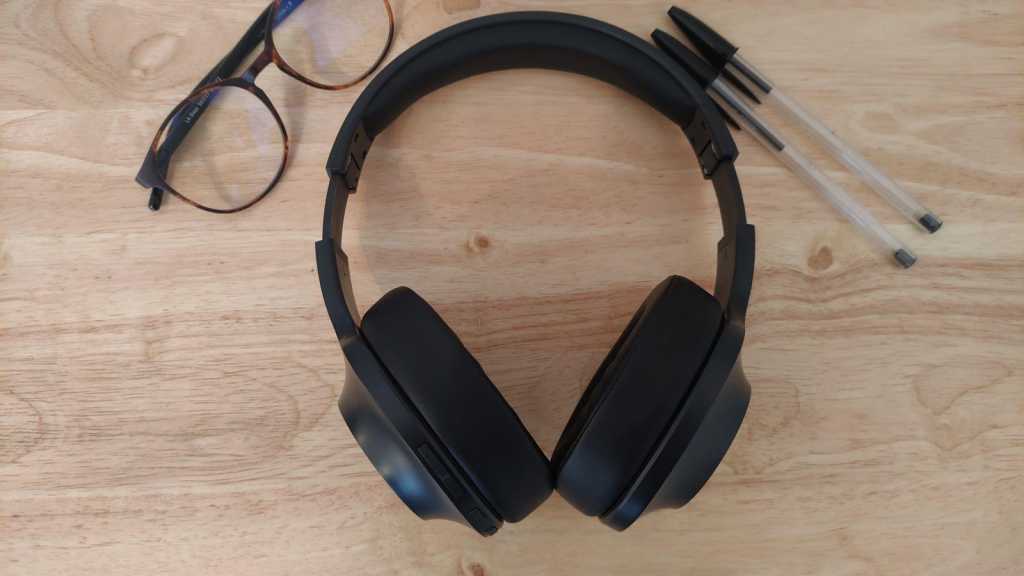 There will always be compromises at this price point, but the E1200 headphones get almost all the basics right. If you’re not bothered about high-end features or top-tier audio, they’re definitely worth considering.

Nokia has a long and illustrious history when it comes to consumer tech, but that’s usually in relation to phones. After being one of the leading handset makers in the 2000s, the brand has had a resurgence recently thanks to HMD Global. That same company is responsible for Nokia’s current range of audio products, which include wireless earbuds, over-ear headphones and a Bluetooth speaker.

As you might expect, its “Essential” line focuses on delivering a great core experience without the high price tag. But at under £50, have the E1200 wireless headphones cut too many corners in pursuit of a low price? I spent a few weeks with them to find out.

Nokia has opted for a very traditional design for the E1200 headphones, consisting of two padded ear cups connected by an adjustable headband. It certainly looks the part, especially on the glossy black finish I tested – it’s also available in blue if you’d prefer.

However, within seconds it becomes very apparent that this isn’t a premium product. The full exterior is coated in a cheap-feeling plastic, while at just 197g they’re much flimsier than the photos suggest. It’s nice to have the option to fold away the earcups, but the metal hinge enabling it doesn’t feel particularly robust. 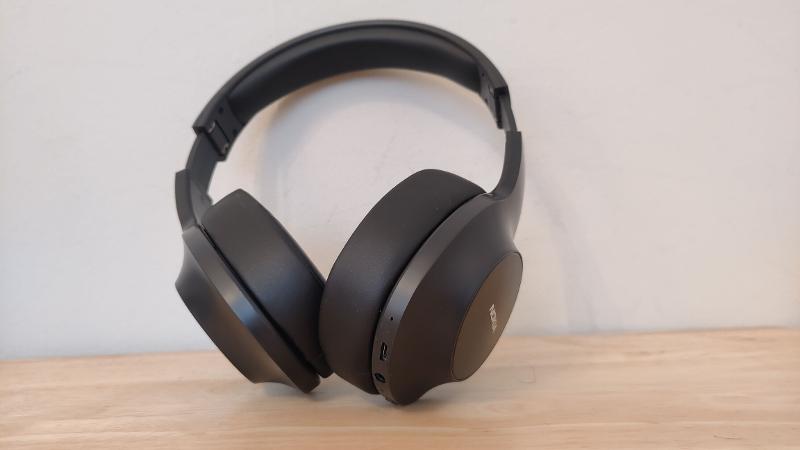 It’s important to be aware of these weaknesses, but none felt like dealbreakers to me. Nokia has clearly prioritised functionality over aesthetics at this price point, which I totally understand.

They’re not the most comfortable headphones I’ve ever used, but I had no problem keeping them on for an extended period of time. I wore the E1200s a couple of times for our weekly podcast Fast Charge without any issues, thanks to plenty of soft padding on the earcups. Similar support is available on the headband, preventing any of the hard plastic from digging in. 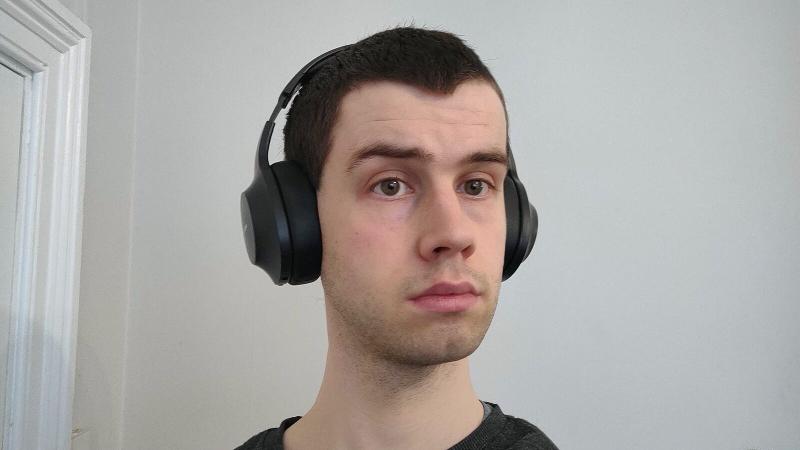 Like any other pair of headphones, the size of the headband can be adjusted to suit you. There are ten different positions available, but with no number indicators, it’s guesswork each time you put them on. I have quite a large head so kept it at the maximum position, but you might not be so lucky.

Nokia hasn’t been subtle when it comes to branding here, emblazoning its logo on the outside of each earcup. This area looks primed for touch controls, but the E200s use physical buttons instead. It’s an extremely simple system, consisting of volume rocker, bass boost toggle and power button.

However, the latter does offer some additional functionality: a single press will play/pause music, while a double press bizarrely calls your most recent contact. This was quite a shock when it first happened, so you’ll need to be careful to avoid accidentally triggering it. Without any companion app, these controls can’t be customised. 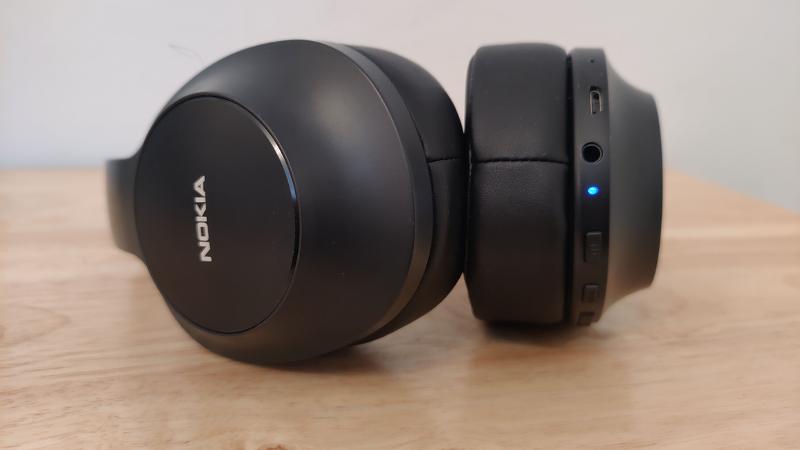 All these buttons are located on the left earcup, above a 3.5mm headphone jack for wired audio – there’s a 1.2m jack-to-jack cable in the box to help you with that. Disappointingly, charging is via Micro USB, despite most tech products embracing USB-C several years ago.

There’s no protective case as such, but Nokia has included an attractive drawstring carrying bag, which should absorb much of the impact of any bumps or drops. When the headphones are folded down, there’s plenty of room here for other accessories you might want to bring with you.

At this ultra-affordable price point, sound quality is always going to be a concern. However, I’m pleased to report that the Nokia E1200s were a pleasant surprise. Its 40mm drivers helped deliver the sort of punchy audio that you’d expect from more expensive cans, even if there’s a noticeable drop-off compared to premium headphones.

To explore this in more detail, I tested a selection of songs from Amazon Music’s ‘Best of Ultra HD’ playlist. Amazon says ‘Ultra HD’ is around 10x the quality you’d expect from regular music streaming, close to what you’d expect from a CD. Any audio weaknesses are therefore due to the headphones or its Bluetooth connection with the phone, not the music itself.

First up was Lizzo and Cardi B’s “Rumors”. While the lyrics are very explicit, sonically it’s very impressive. A combination of punchy, atmospheric audio and thumping bass makes for a great experience, even if some detail is lost.

Heavily produced songs are a key strength, as Ed Sheeran’s “Bad Habits” also shows. Pressing the bass boost bumps up the intensity to good effect, with vocals crystal clear. It’s a similar story on “Don’t Go Yet” by Camila Cabello, which really transports you to a Latin American party. 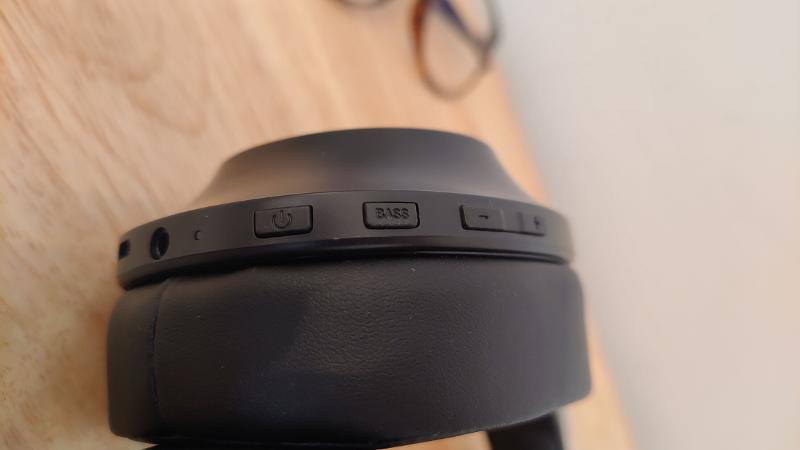 This enjoyable experience isn’t limited to pop music, though. High tempo country songs such as “Fancy Like” by Walker Hayes are a fun listen, even if the guitar backing track is slightly lost on this particular song.

However, slower tunes that focus on vocals or only a couple of instruments show some of the E1200’s weaknesses. That’s evident in “Happier Than Ever” by Billie Eilish, which lacks some of its usual emotional impact.

I had to look elsewhere to test how the headphones handled older songs. Queen’s “Don’t Stop Me Now” was remastered in 2011 and it shows – I was able to hear each individual instrument, even if Freddie Mercury’s vocals missed some of its usual clarity.

Marvin Gaye and Tammi Terrell’s “Ain’t No Mountain High Enough” is also an enjoyable listen. However, it lacks punch in regular mode, while you lose some detail with the bass boosted.

The E1200s aren’t especially suited to classical music, with Beethoven’s “Für Elise” sounding slightly washed out. Given this track exclusively involves the piano, I wasn’t too surprised, but other classical tracks aren’t particularly impressive either.

As you can see, the music experience is a bit up and down. Don’t expect every track to sound great, but those that do are very enjoyable. The E1200s are consistently good for podcasts and receiving calls, but with just one microphone, your own voice loses some clarity.

Aside from boosting the bass, there are no other ways to customise the audio experience. You miss out on both a companion app and active noise cancellation (ANC) here – you’ll find both these features on more expensive cans. It’s particularly disappointing to miss out on ANC, but not a surprise at this price. If that’s a dealbreaker for you, there are plenty of other options.

However, the E1200s do support virtual assistants, namely Siri and the Google Assistant. I tested the latter, which picked up my voice fine and delivered clear responses. Just make sure you have the “Hey, Google” feature turned on within the Assistant settings for hands-free access.

Nokia has taken the unusual step of confirming the battery capacity of its headphones – the E1200s have a 500mAh cell. This might sound alarming if you’re familiar with smartphones, but it’s plenty for a pair of headphones.

Indeed, Nokia says you can get up to 40 hours of music playback on a single charge. That’s up there with the best you’ll find on any pair of headphones, although watching videos and making calls does deplete the battery much quicker.

Without using the E1200s solely for music I couldn’t test the 40-hour claim specifically, but battery life held up very well during testing.

One minor complaint is that you’ll have to rely on your phone (or other connected device) to know how much battery is left. It would be nice if battery level was announced when you turned them on, as is the case with the PuroPro headphones. However, the E1200s will automatically turn off after a few minutes of not being connected, helping to save some extra battery.

When the headphones do eventually need a charge, unfortunately it’s via Micro USB. Using the cable included in the box, it’ll take you around three hours to go from empty to full. There’s no fast charging here, or specific claims if you can’t stay plugged in for that long. 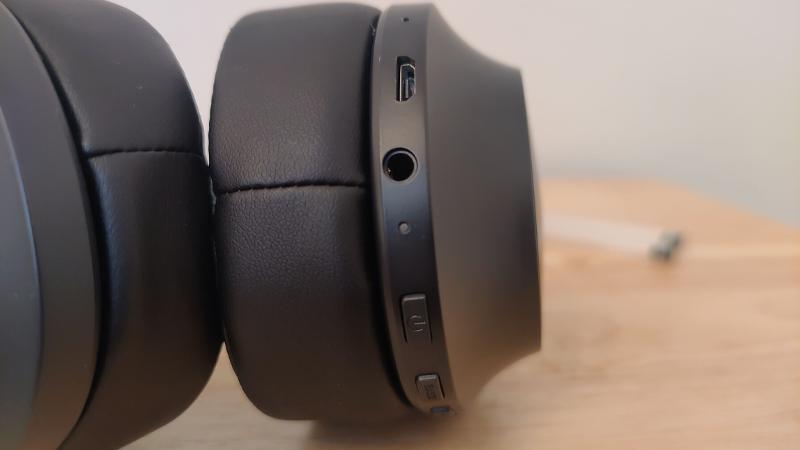 The E1200 headphones aren’t widely available, but they are extremely affordable. In the UK, they’re available for just £49.99 via Amazon – that’s down from an original price of £59.99. The Amazon UK link is the best place to buy them in the US, which works out at around $67 (plus $12 shipping costs).

Amazon is also currently offering an additional 20% off, via a coupon box on-site. The official Nokia website highlights a variety of other sellers, but none are based in the UK or US.

Of course, the E1200s aren’t trying to compete with the best headphones you can buy. Many of the options available at this price point are wireless earbuds, which adopt a very different form factor.

There is a version of these headphones with ANC support, but they appear to be China-exclusive for now. The listed price of ￥349 translates to around £40/US$54, but the RRP is likely to be higher if they ever appear in the West. If ANC is important to you, our best noise cancelling headphones chart has plenty of alternatives.

If you’re on a tight budget but still want a great pair of wireless headphones, Nokia’s E1200s could be for you.

They deliver great sound quality for the price, particularly excelling at pop music and voice-based content. Even the less impressive tracks are a huge upgrade on most built-in speakers, especially those you’ll find on a phone.

Battery life is another key strength, with up to 40 hours of music playback translating to several weeks of usage for most people. The cheap plastic build might but some people off, but I didn’t find it affected comfort too much.

Once you accept the inevitable compromises dotted throughout the E1200 experience, you’ll be pleasantly surprised by everything on offer here. That makes it a great starting point in the world of wireless headphones.