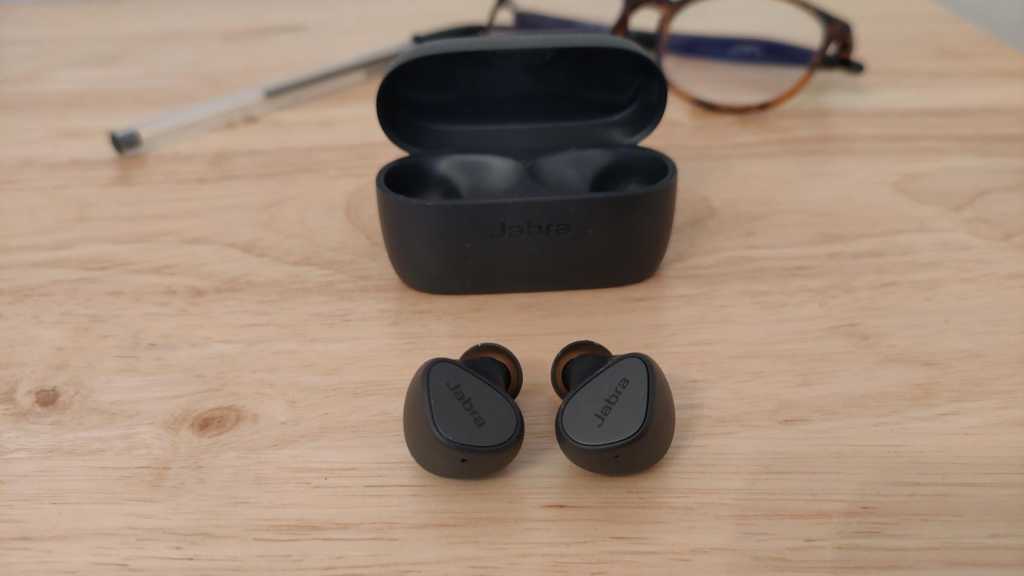 The Jabra Elite 3 earbuds deliver an impressive all-round audio experience that belies their affordable price tag – provided you can live without ANC.

It’s hard to believe that the very first pair of true wireless earbuds were released as recently as 2015. Since Apple popularised the form factor with AirPods a year later, a dizzying array of buds have launched from almost every tech brand you can think of, making choosing just one pair more difficult than ever.

Danish company Jabra has been prolific in recent years, releasing true wireless earbuds in a range of different styles. The cheapest currently available are the Elite 3 buds, which aim to deliver the signature Jabra experience at a fraction of the cost you’d usually expect to pay.

But are the features you miss out on too much of a compromise, or is Jabra on to a winner here? I spent a few weeks with the Elite 3 to find out.

There’s nothing revolutionary about the design of the Elite 3s, but I’m not surprised to see Jabra play it safe at this price point. The buds themselves opt for a rounded body that sits entirely inside the ear, with no AirPods-style stem, something we’ve seen on countless wireless earbuds before. A plastic coating doesn’t prevent them from feeling like a premium product, and at just 4.6g per bud they’re impressively lightweight. 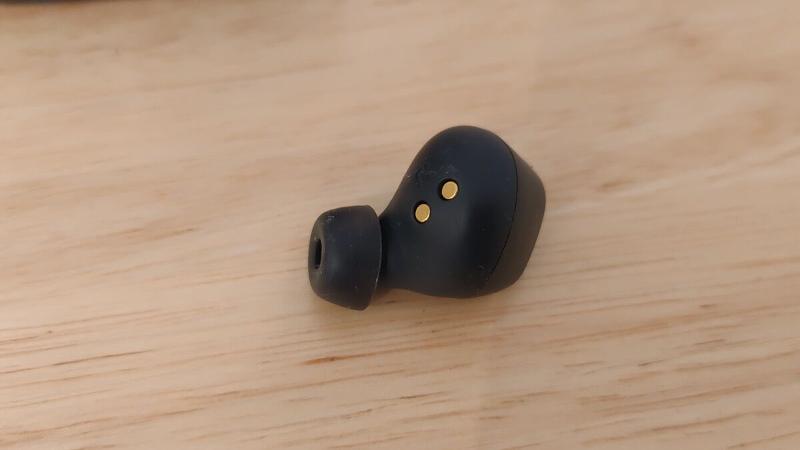 Before putting the buds in my ears, I was concerned I might not even notice if one fell out while on the move. Fortunately, I needn’t have worried – the Elite 3s have a satisfyingly secure fit. There are three sizes of silicone ear tips (or EarGels, as Jabra calls them) included in the box, but I found the medium size already applied worked best for me.

These soft tips also help mitigate any discomfort during long listening sessions. I’d still prefer a pair of over-ear cans for a long-haul flight, but wearing them on a two-hour train journey wasn’t an issue.

It’s also great to see an IP55 rating here. This means the Elite 3 buds are protected against low pressure water jets and a small amount of dust, but submersion in water will still be problematic. With that in mind, I’d recommend something from Jabra’s Elite Active range if you want to use earbuds while working out.

The Jabra Elite 3 buds are available in four colours, with Navy, Lilac, and Light Beige joined by the Dark Grey model I tested. This feels closer to black in person, although the top of both buds have a lighter grey finish.

That’s where you’ll find a physical button for controlling audio without pulling out your phone, but each press just puts more pressure on your ear canal. I really wish Jabra had made this a touch-sensitive panel instead, especially when the controls themselves are far from intuitive. 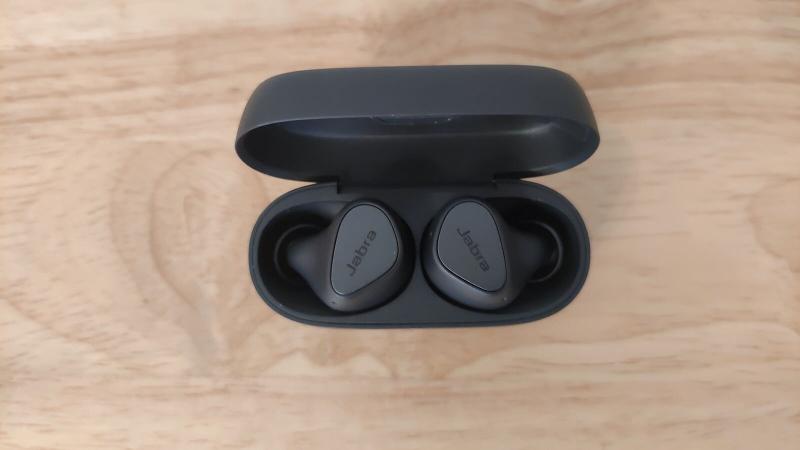 A single press of the left earbud toggles HearThrough, Jabra’s mode for amplifying the sound around you. A double-press here brings up your chosen virtual assistant, with Alexa, Google Assistant and Siri are all supported. But it’s an uncomfortable press and hold to turn down the volume – before long, I’d reverted to my phone to do this.

The same process on the right earbud increases volume, while a single press here is for play/pause. However, a double-press skips to the next track, while a triple-press restarts the track you’re currently listening to. To make things even more confusing, you can go back to the previous song with a double triple-press, if you know what I mean.

It’s almost impossible to learn all these functions, but there’s another set of controls entirely if you’re making or receiving calls. I won’t go through these in detail here, but it’s a lot to take in. Combined, they create a confusing set of controls that mean most people will just revert to their phone. Unlike other Jabra buds, these options can’t be customised using the Sound+ companion app.

A small LED on the top of each bud is much easier to understand. This flashes green when removed from the case or red to indicate they are charging. Magnets in both the buds and the case mean you shouldn’t have any issue with the latter.

The charging case itself has a horizontal pillbox shape – think AirPods Pro rather than standard AirPods. It has the same glossy finish as the buds, but does a good job of resisting fingerprint smudges. 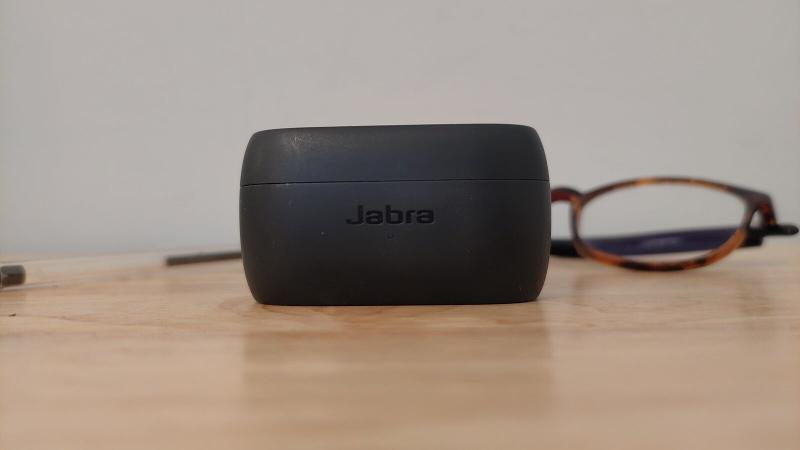 On the front, you’ll find another LED light, used to give a rough indicator of battery percentage. A USB-C charging port is on the back, while the lid offers a satisfying click each time you close it. The case’s plastic build means it feels a little cheap, but at 33.4g I’m not complaining. Even with both buds present, that’s a total package weighing only 42.6g.

Of course, when it comes to audio equipment, design usually plays second fiddle to sound quality. The Jabra Elite 3s have some impressive credentials here: each bud has a 6mm driver that’s capable of outputting frequencies between 20 and 20,000KHz – that’s the most common range that humans can hear.

In order to effectively test the buds, I listened to a selection of songs from Amazon Music’s ‘Best of Dolby Atmos’ playlist. However, instead of playing them in this immersive spatial audio mode, I switched to Ultra HD for the best possible quality. This delivers lossless 24-bit sound at 48KHz – around the same as you’d expect from a CD. 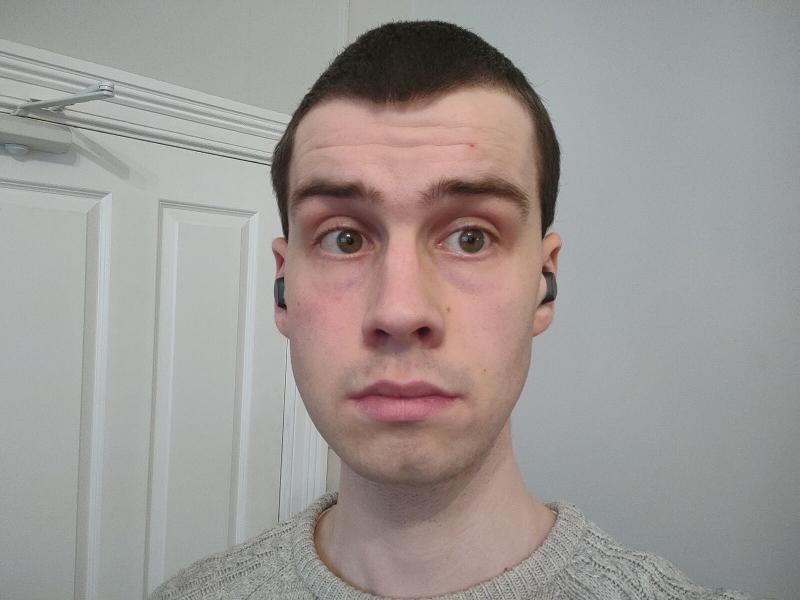 In ‘Good 4 U’, the combination of Olivia Rodrigo’s passionate vocals and an atmospheric backing track make for a great listening experience. It’s a similar story on Dua Lipa’s ‘Levitating’, although some details are lost during the booming chorus.

The regular changes in pace make ‘Heat Waves’ by Glass Animals a challenge for any earbuds, but the Elite 3s handled it well. But they’re arguably better suited to simpler soundscapes, as ‘Wish You Well’ by Sofia Valdes highlights.

It’s not all about modern music, though. The Beatles’ ‘Come Together’ sounds great following its 2019 remaster, while the depth of sound captured on ‘Bridge over Troubled Water’ by Aretha Franklin is excellent.

However, at this price point you really can’t complain too much. In general, music from the buds is clear and crisp, with an impressive ability to highlight backing instruments you might have missed before.

I generally found it to be lacking in bass slightly, but there is a preset within Jabra’s Sound+ app which allows you to boost it. Here, you’ll also find options for smooth, energize, treble boost, and speech, but that’s about where the customisation ends. It means the sound can’t be fine-tuned to your liking, while there’s no option to cycle between presets without diving into the app. 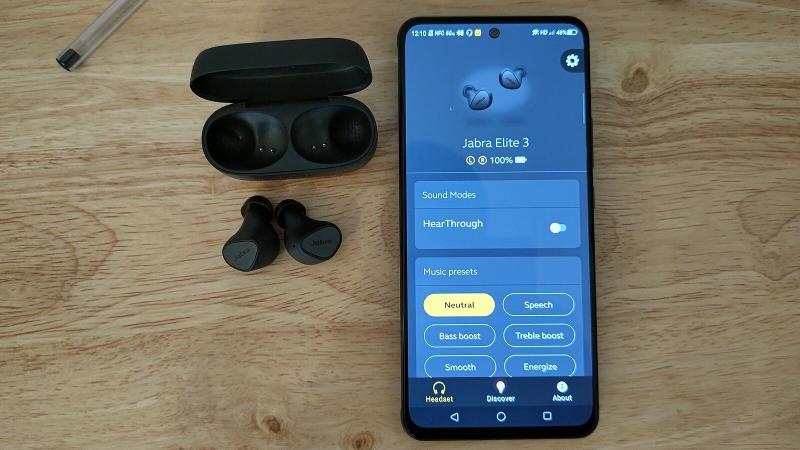 However, even the default ‘Neutral’ setting is great for voices – podcasts and calls are a real strength. Combined with two microphones in each bud, it’s no wonder Jabra specifically advertises the Elite 3’s call quality.

As I alluded to in the design section, Jabra has its own ambient sound mode known as ‘HearThrough’. This does a good job of amplifying the noise around you, perfect if you’re in a busy environment where you need to hear traffic or other people talking.

However, the one big feature missing here is active noise cancellation. It’s not a dealbreaker at this price point, but there were several situations where I wished I could block out more of the external noise. You also miss out on automatic pausing – taking one or both earbuds out won’t stop the audio from playing.

Sound leak certainly wasn’t a problem though. The secure fit of the Elite 3s means that even if someone is sitting next to you, they probably won’t be able to hear what’s playing.

Battery life is crucially important on any pair of wireless earbuds – unlike other tech, they usually can’t be used while charging.

Jabra says the Elite 3 buds will provide up to seven hours of music listening on a single charge. That was roughly in line with my experience, although watching videos and phone calls will deplete the battery significantly quicker. ANC is also usually a battery drain, so its absence here should help.

The charging case adds another 21 hours of music time, taking the total to 28 hours. Unless you’re a heavy listener, that should comfortably last you a full week. With light usage, you could potentially eke out two weeks before reaching for the charging cable.

This is included in the box, although any USB-C cable will work fine. Waiting 3.5 hours for a full charge is slightly disappointing, although Jabra claims just 10 minutes plugged in will get you up to one hour of use. Remember, this is the maximum time you can possibly get – the reality isn’t quite as impressive most of the time. 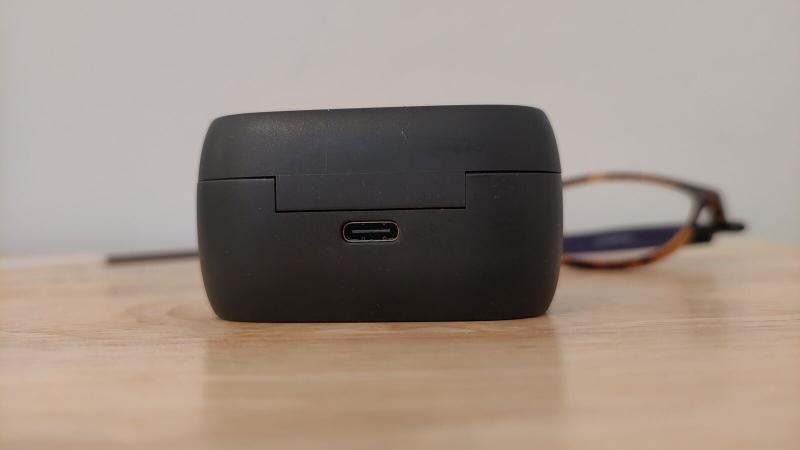 The Jabra Elite 3s sit at the more affordable end of the company’s wireless earbud line-up. They’re available on the Jabra website for the RRP of £79.99/ US$79.99, although you can currently get them on Amazon for just £68/ $56 – that’s the cheapest they’ve ever been in the US.

Even at full price, Elite 3s are firmly in budget wireless earbud territory. Competition remains strong at this price point, with the Enacfire A9, Anker Soundcore A2 NC and Xiaomi’s Redmi Buds 3 Pro all compelling alternatives.

It’s worth opting for one of those if you value noise cancellation, but the Jabra Elite 3s arguably have a sleeker design. They certainly don’t represent bad value for money at this price point.

Jabra has played it safe with the Elite 3, but it was a wise move. These budget buds deliver impressive sound for the price, performing especially well for modern music and podcasts. A total of four mics means calls are solid, while battery life is decent – especially when you factor in the three full charges offered by the case.

Design hasn’t been sacrificed to reach this price point, even if the case feels a little cheap. They’re also impressively comfortable, with a secure fit allowing for long listening sessions.

However, it’s not all good news. Fiddly controls prove more frustrating than functional, while there’s no auto-pausing when you take an earbud out.

But the most significant omission is active noise cancellation, something you will find on many rivals. Is that a dealbreaker for you? If not, the Jabra Elite 3s are definitely worth considering.