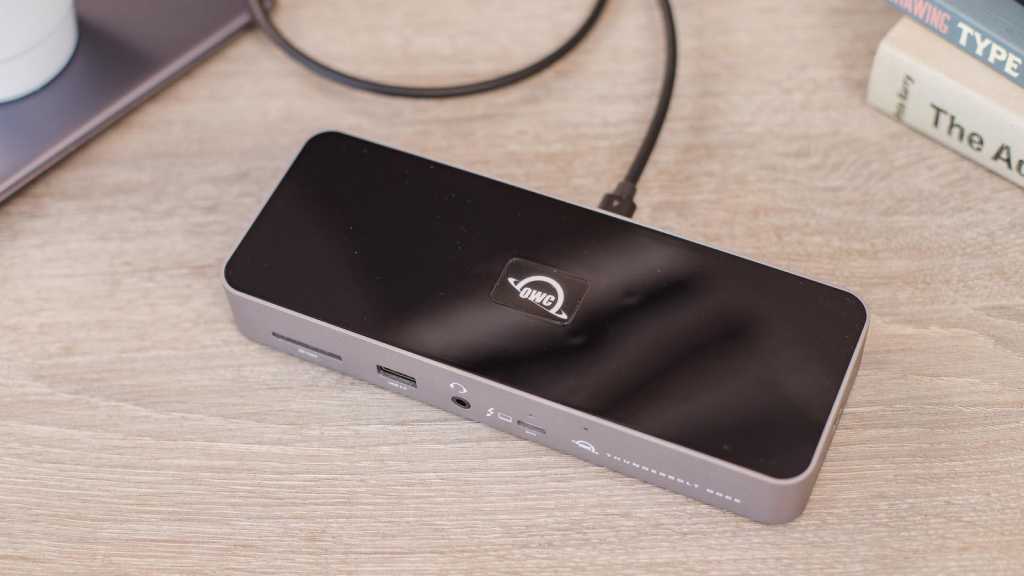 Now that Thunderbolt 4 is here and starting to ship on premium laptops, it’s important that your docking station is certified to this latest connection standard.

OWC’s Thunderbolt Dock is fully certified for Thunderbolt 4 and its close cousin USB4, and boasts 11 extra ports for your connected computer.

This is the maximum number of TB4 ports any one device can support. Thunderbolt 3 was limited to just two, so even TB3 users will prefer the new connector if they require multiple Thunderbolt or USB-C devices.

Unlike with USB-C and Thunderbolt 3 docks, there are no DisplayPort or HDMI ports on the Thunderbolt Dock. Instead, OWC gives you the choice of display connector. USB-C monitors can be connected directly, but you’ll need a USB-C-to-HDMI or USB-C-to-DisplayPort adapter for non-USB-C displays.

This could mean extra expense, but it does give you more flexibility than having to find a docking station with whichever DisplayPort/HDMI port your monitor has, and is actually better if you have two screens each with its own display type.

An alternative approach is seen with the Anker Apex Thunderbolt 4 Dock, which has just one downstream TB4 port but two HDMI 2.0 ports for direct display connections.

You can add up to two 4K displays at 60Hz or a single 5K/6K/8K monitor. Remember, though, that Apple’s M1 MacBooks can connect to just one external display; although the later M1 Pro and M1 Max 14in and 16in MacBook Pros aren’t as limited.

One of the big advantages of Thunderbolt 4 is its ability to create “branches” of connected devices rather than dependent daisy chains. This means you can disconnect devices without affecting all the others in the chain.

OWC includes four old-school USB-A ports – three of which are at a fast 10Gbps, although offer little (4.5W) in the way of device charging. The USB-A port on the front is the weaker USB 2.0 variety so pretty poor at data transfer (480MBps) but able enough at charging at 7.5W.

The three downstream Thunderbolt 4 ports can charge connected devices at 15W each.

The upstream Thunderbolt 4 port can charge a connected laptop at up to 90W, which should be plenty for even large laptops.

The overall power supply to the dock is 135W, which is around average for TB4 docking stations.

This ultra-portable storage format means you can inexpensively add fast backup storage to your laptop or other computer, up to 1TB. 256GB of storage can cost around £30/$30. 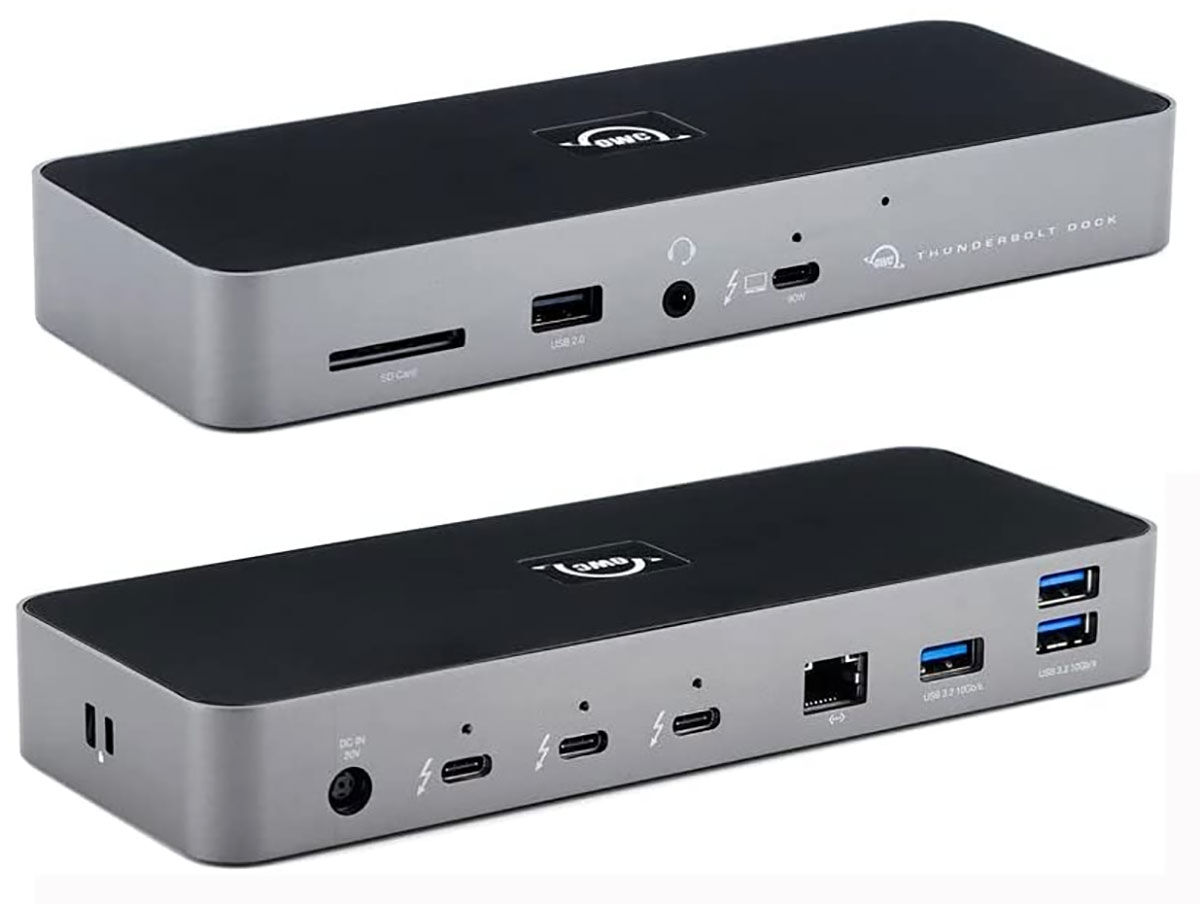 OWC makes solid, good-looking docking stations, and the Thunderbolt Dock is no exception.

OWC has situated the upstream TB4 port on the front of the dock, which is common on docks but not something we approve of as it makes the desktop setup messier than it needs to be. Why not have this cable hidden away at the back with the power supply and Ethernet port?

The OWC Thunderbolt Dock costs $279 in the US.

This is great value for a fully fledged docking station, with some smaller hubs costing around the same price. See our roundup of the best Thunderbolt 4 docks.

While its name hides its 4-ness, the OWC Thunderbolt Dock is indeed fully certified for the new connection standard. It doesn’t skimp on the older USB-A standard either, boasting three at a fast 10Gbps.