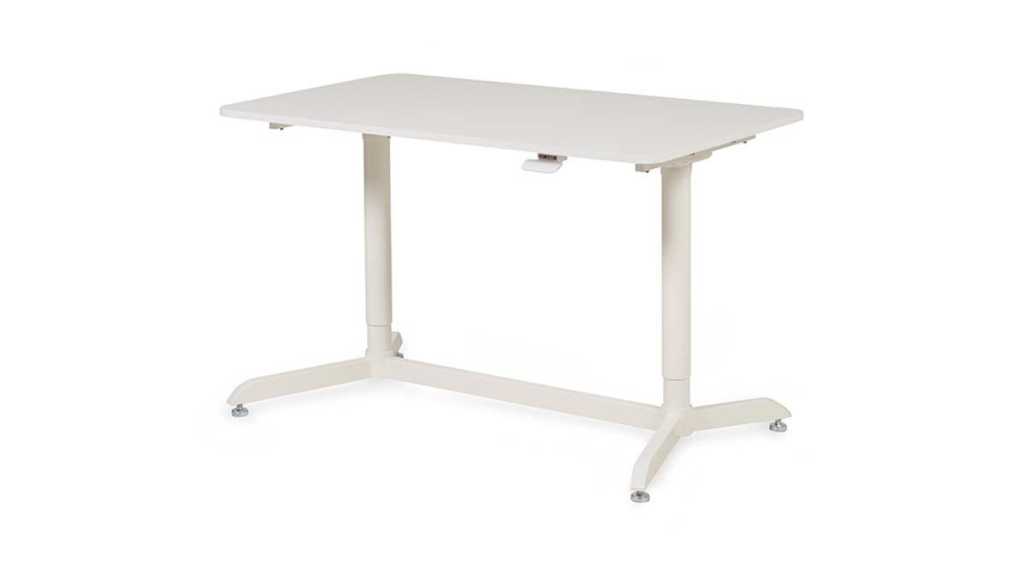 This is a sturdy, simple standing desk that does what it says on the tin. It’s certainly not a bad desk, but the lack of colour options are a shame, especially when you consider that it’s more expensive than rivals for the price.

Standing desks were enjoying a boom long before Covid, but the pandemic has only added to that. As more and more people look into kitting their homes out with permanent hybrid work setups, standing desks are an obvious choice.

After all, the health benefits of standing for part of the workday have been long known, but the social stigma of being the only person standing in your office – or perhaps the more practical challenge of persuading your employer to pay for it – always got in the way.

Not so when you’re at home, where no-one except your family and pets can give you funny looks for standing at your desk, and where the only FY22 budget you need to worry about is your own.

The Bakker Elkhuizen Work & Move Desk is a good choice if you’re looking for a standing desk that doesn’t require mains power to function.

Unlike some rivals this is gas-powered, rather than electric. That means you won’t get fancy controls or the option to set pre-set heights, but the benefit is that it won’t add to your electric bill or take up a power socket – often in short supply around desks.

It also ships with the desktop included – which not all standing desks do. Again, there’s a downside – it means you won’t get a choice of top, and are limited to the white finish that Bakker Elkhuizen offers by default – but at least it means there are no hidden costs to worry about.

The desktop measures 120x70cm. I wouldn’t quite call it a compact desk, but it’s not enormous either, which again makes it friendlier for a home setup. The white finish is a little drab and functional – guests probably won’t be tripping over themselves to compliment how it looks – but at least that means it should fit into most living rooms, bedrooms, or home offices without any serious clashes.

You can adjust the desk height from 74cm up to 113cm – a slightly shorter range than rival FlexiSpot usually offers, but probably enough for most except the especially tall. 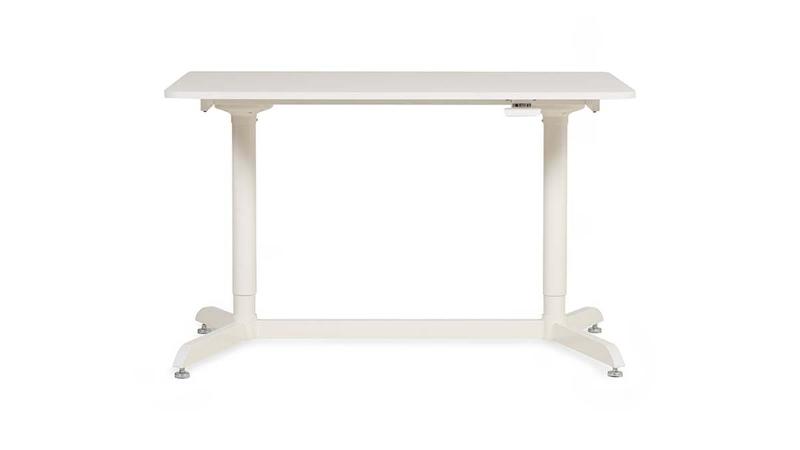 Adjustment is handled by a single pedal located on the underside of the desk. Because it’s gas-powered, you’ll have to put a little work in yourself – pressing the pedal doesn’t actually move the desk, but simply allows you to lift it or push it down. This is stepless at least, which means you can set it to any point within the extension range.

In practice, adjustment can be a little juddery, and at times it takes a fair bit of force to get the desk moving. You don’t want to keep anything fragile balanced precariously near the edge as you move the desk, and anyone who wants an entirely automatic desk would be better considering an electric alternative.

Building the Work & Move Desk isn’t too arduous, and anyone who’s put together Ikea furniture should find this at about the same difficulty level. The whole setup is pretty heavy though, so you’ll likely want a friend or family member on hand to help move everything into place at the end.

The only real headache comes with assembling the pedal for the gas system. Here the small-print, wordless instruction manual proves hopelessly unsuited to the task – it took 20 minutes of frustrated trial and error to make sense of how to get the desk up and running, though I did in the end. 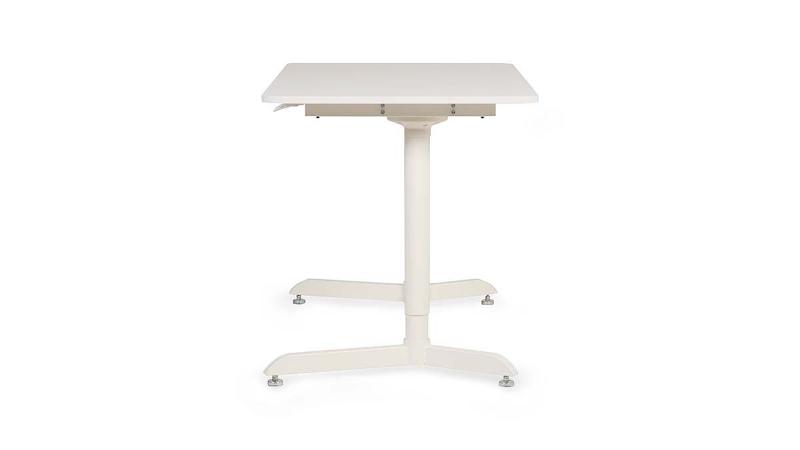 Once it is running, the desk at least feels sturdy – there’s never any worry that it might shift up or down when I don’t want it to, and the pedal is out of the way enough that it would be difficult to hit by accident.

One frustration is that the desk’s base includes a bar that runs through the midline of the desk. That might be a headache if you use a desktop PC like me, as you’ll almost certainly have to store it to the side of the desk rather than beneath it.

The Work & Move Desk Home is available in the UK and parts of Europe, though at the time of writing there are no US retailers offering it.

In the UK, you can buy it from Online Ergonomics, where it will cost you £487 including VAT – though for an extra £30 you can also have the desk assembled and installed for you.

That price is a slight drawback. It’s a similar price to some much larger FlexiSpot desks we’ve reviewed like the ED2 and E1L, with similarly sized setups available from them for much less – the EF1 is just £250 on Amazon UK at the time of writing, with the desktop included.

Consider the Bakker Elkhuizen model if you know you’d prefer a gas-powered option, or want the option to pay extra for installation. If the extra electric controls appeal though, you can definitely spend less elsewhere and get more aesthetic options.

This is a sturdy, simple standing desk that does what it says on the tin. It’s certainly not a bad desk, but the lack of colour options are a shame, especially when you consider that it’s more expensive than rivals for the price.

Worth it if you want to avoid going electric, but otherwise this looks like poor value despite its obvious strengths.