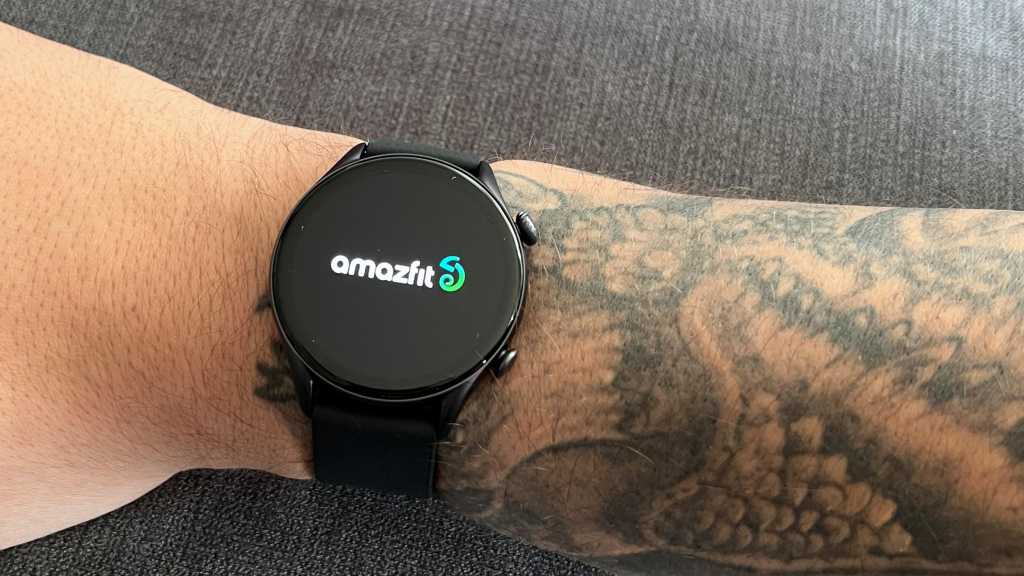 Perhaps Amazfit’s most premium watch to date impresses with its updated Zepp OS experience, rich feature set and tracking options, and all in a nice design at a respectable price

Amazfit’s GTR 3 Pro is the company’s most premium smartwatch to date and comes with on of its highest price tags to match. It’s big, it’s beautiful and while it’s running Zepp OS – a relatively nascent platform – it’s got all the makings of something special.

With a little time to iron out some bugs, the Amazfit GTR 3 Pro could be an ideal smartwatch for those looking for a touch of class.

While many smartwatches and fitness trackers attempt to offer rounded corners and a few buttons, the Amazfit GTR 3 Pro is dominated by its big, circular display, with two buttons on one side.

This makes it look more like a classic watch, with a timeless design that also offers simple navigation; one button opens the apps menu and one opens up all available workouts (but can be customised).

On the underside of the watch, you’ll find monitors for SpO2 (that’s blood oxygen monitoring), as well as a heart rate monitor, alongside the charging port.

It’s worth noting that the GTR 3 Pro does lack the more rugged design of the Amazfit T-Rex or T-Rex Pro, while also lacking somewhat in customisation. You can pick the brown leather strap or the black fluoroelastomer strap and that’s it. The aluminium body comes in black or silver, depending on your colour choice (called Brown Leather or Infinite Black) too.

The GTR 3 Pro does offer 5ATM water resistance though, so in theory, you’re good to swim up to 50m deep.

By far, the most noticeable part of the GTR 3 Pro is its display. The circular AMOLED panel has no real bezel, almost spilling off the edges and allowing for deep blacks and vibrant colours.

It’s 1.45in, with a pixel density of 331ppi and up to 1000 nits of brightness; so whether you’re looking for the time or tracking a workout, or using one of the animated watch faces, the GTR 3 Pro’s display is always legible in sunlight.

It also supports always-on functionality, but smartly tucks away sensitive info until you check your wrist, while also dimming to prolong battery life.

It’s worth noting that there are over 150 watch face options here, many of which can be edited, and all of the ones we’ve tested look great.

The Amazfit GTR 3 Pro’s UI is built from Zepp OS, and it’s absolutely rammed with features, with a focus on working out and tracking fitness and health metrics. On my iPhone 13 Pro Max, it was just a matter of downloading the Zepp app and we were away; pairing was hassle-free and didn’t take long either.

In terms of features, Zepp OS has its own ever-present smart assistant (with online assistance provided by Amazon’s Alexa), and the large display means that icons and text are clearer than on any competitor we’ve seen.

There are stress and cycle trackers, as well as integrated GPS tracking. That’s great because it allows for users to track a walk, run, or bike ride without needing to take a phone, but working out remotely with music is somewhat tricky, because of Zepp OS leaning on the Zepp app, there’s no third-party audio (i.e. locally stored media on-watch only).

You can copy a podcast or a song to the watch as an MP3 file, but those looking to stream Apple Music or Pocket Casts will need to find a workaround.

While Zepp OS’ creators intend to open up third-party app support, the feature isn’t ready yet, meaning you can’t currently augment the out-of-box app assortment with new additions (although that may change in the future, based on Zepp’s intentions).

As for included apps, you can expect the usual suspects: a to-do list, flashlight, calendar and weather app are all here, but there are also nice bonuses like a Pomodoro timer and a voice memos option.

Thankfully, regardless of whether your workout is best enjoyed with music or not, it’s likely to have a home on the Amazfit GTR 3 Pro.

Running, swimming, cycling? All listed, no problem, but it’s the more surprising (and arguably, forward-thinking) activities that impressed us. There are over 150 that can be tracked, from combat sports – like boxing and karate – to board games (with a specific workout for some classics like chess and checkers), to a nebulously titled “esports workout”.

If you can think of it, you can probably track it, and as manufacturers like Apple slowly add new workout types in an annual cadence, it’s nice to see Amazfit just drop everything here and say “off you go”.

Comparing the in-built GPS tracker to an iPhone’s own measurements, the Amazfit is accurate, too. It’ll also offer up (and read) data from Apple’s Health app, if you grant it permission.

It’s not just your physical output that’s tracked either, with a stress tracker calculating whether you need some time to rest and a sleep tracker that, not only monitors sleep timing, but also the quality of it, too.

My favourite function, though? You can test blood-oxygen, stress, breathing and heart rate with a single tap. Doing so brings up a sort of “health dashboard,” so you can see how you’re doing at a glance, and tapping it regularly feels almost compulsive after a few days.

While devices like the Apple Watch encourage users to “close their rings” through activities, the GTR 3 Pro hands out a score based on how active you are over a seven day period. The idea is to keep your score as close to 100 as possible, and it’s a nice way of tracking things; without making you feel bad for having a rest day.

Despite its large, always-on display, animated watch faces, Bluetooth, GPS, and ability to track activity and sleep, the battery on the GTR 3 Pro is impressive.

Amazfit says that even heavy use will see a user go six days (12 days with “regular” use) before needing a charge. We needed to plug it in after about five and a half, based on regular workouts and the aforementioned testing of our vitals, on a daily basis.

With the battery saver mode, Amazfit says it’s possible to eke out 30 days of battery life, and using GPS continuously will afford users up to 35 hours, which is certainly a “nice to have” for tracking a marathon run or something similar.

As mentioned earlier, the Amazfit GTR 3 Pro comes in just two colour variations: Infinite Black – which features a gunmetal grey chassis and a black strap or Brown Leather – which has a more natural silver finish and a brown strap.

Each retails for £179 in the UK, with a one-year warranty or $229.99 in the US via Amazfit’s official store. You can also find it at Amazon in the UK. In the US, you can buy the smartwatch at retailers like Newegg, BestBuy and Amazon.

Check out our charts for the best smartwatches and best fitness trackers for more options and alternatives.

With a large display, a seemingly endless amount of activities to track, a rich selection of watch faces and a robust set of tracked metrics – based on other smartwatches we’ve tested, the Amazfit GTR 3 Pro is a bit of a marvel.

Its design will present as a classic for some and perhaps a little old-school for others, but for our money it’s a looker. Despite not being able to work with third-party applications (yet, anyway), there’s a lot to like here, while also offering simple navigation to its suite of built-in apps.