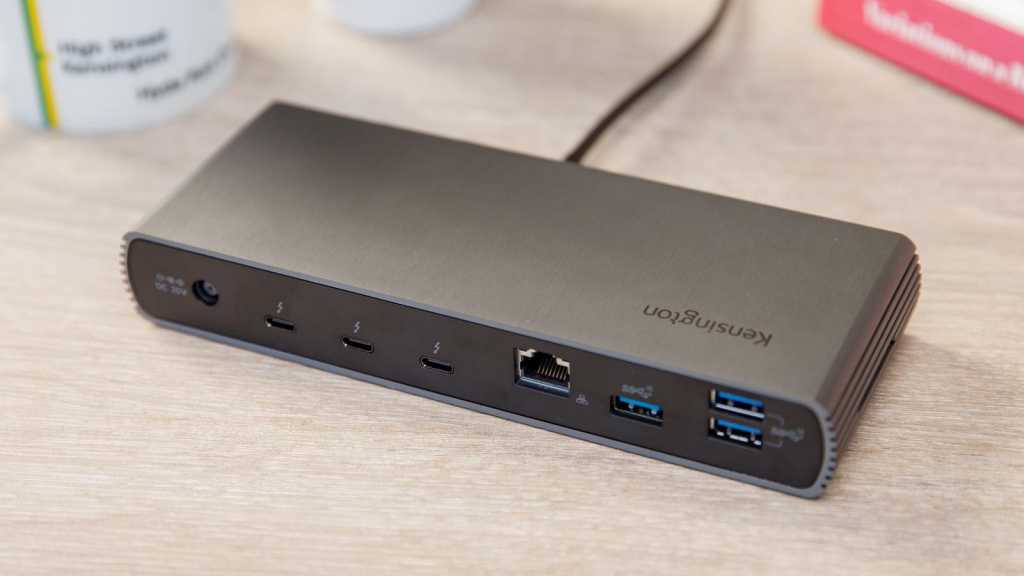 The Kensington SD5700T Thunderbolt 4 Docking Station is a full docking station with 11 ports, including the latest Thunderbolt 4 and USB4 connectivity standards.

Connect it to your laptop to add this bunch of fast ports for a full desktop experience.

Significantly, it is backwards compatible with Thunderbolt 3 and USB-C, so works with older computers as well as the newest, which gives you a level of future-proofing you won’t get from Thunderbolt 3 docking stations or USB-C docks.

These are rated at Thunderbolt 4’s 40Gbps and can charge devices at 15W each. The upstream port can charge a connected laptop at up to 90W, which is enough for most large laptops.

You can connect displays directly if the monitors have a USB-C connection. If not, you’ll require either a USB-C-to-HDMI or USB-C-to-DisplayPort adapter (not included) to connect to the Thunderbolt 4 ports.

The SD5700T will support two 4K displays at 60Hz, or a single 8K monitor at 30Hz. Note that Apple’s original M1 MacBooks support only one external display – later M1 Pro and M1 Max support multiple displays – although there are third-party software and hardware workarounds that allow M1 Macs to connect to more than one external display.

There are three 10Gbps USB-A 3.2 Gen 2 ports that can charge devices at 4.5W – some docks’ USB-A ports, such as the Razer Thunderbolt 4 Choma dock, can handle 7.5W, so this was something of a surprise and maybe one of the dock’s few negative points.

On the front is a weaker (for data-transfer) USB 2.0 port, which instead excels at fast 7.5W charging.

The external power supply can provide up to 180W of power for laptop passthrough charging (90W) and connected devices, which is the most powerful TB4 dock supply we’ve tested. See our roundup of the best Thunderbolt 4 docks for comparable products.

On the front, alongside the upstream TB4 port and fast-charge USB-A port, is a fast SD Card Reader (UHS-II, 320MBps) for portable storage, and a combo 3.5mm audio jack.

We also love the lights that show power and connectivity status, plus the On/Off button that will relieve strain on your connected laptop’s battery.

The Kensington SD5700T Thunderbolt 4 Dock is a smart build that shouts out robust quality. On the side, as you’d expect from a Kensington device, are lock slots for physical security.

The three-year warranty and trustworthy Kensington name are also reassuring.

As with most Thunderbolt 4 docking stations, the upstream port is located at the front of the dock rather than hiding the cable at the back with the power supply, but this unfortunately is quite standard practice. The Caldigit Thunderbolt 4 Element Hub hides its upstream port at the side, but all other hubs and docks we’ve seen stick it at the front.

The Kensington SD5700T Thunderbolt 4 Docking Station costs $369.99 / £339.99 / €349.99, which is a little above average for a full TB4 docking station, but the three-year warranty and overall quality make this an easy recommendation.

You can buy cheaper Thunderbolt 4 hubs, but these don’t come with Gigabit Ethernet or SD Card readers as standard. The Caldigit Element Hub is our favourite, as it boasts four TB4 ports plus four 10Gbps USB-A ports, although you’d have to use some of those ports for adapters if you require Ethernet or card readers.

Around the same price is the Caldigit TS4, which boasts a mighty 18 ports; read our Caldigit Thunderbolt Station 4 (TS4) review. 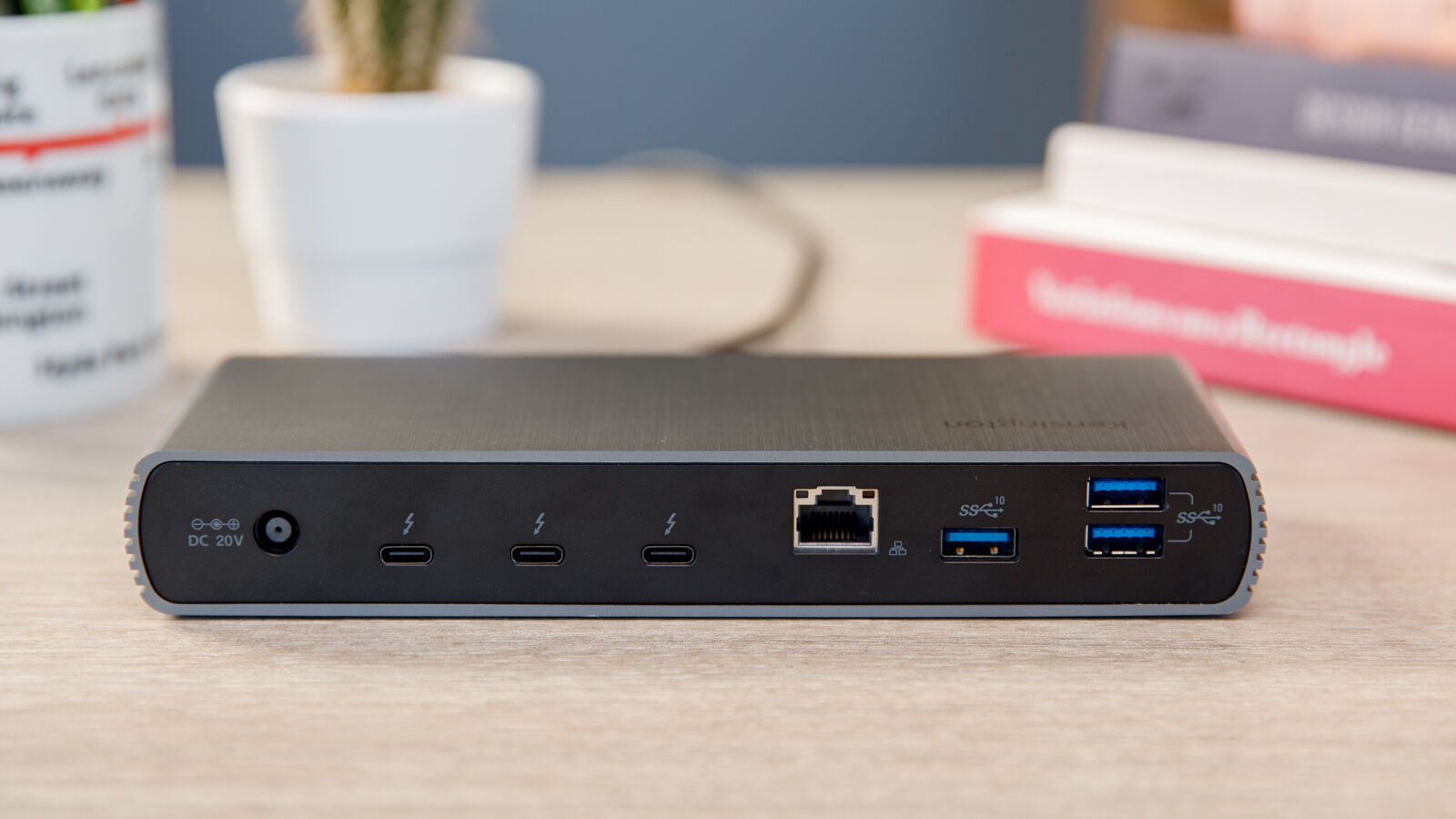 Backwards-compatible and future-proof, buying Thunderbolt 4 / USB4 is a sensible choice for your next docking station.