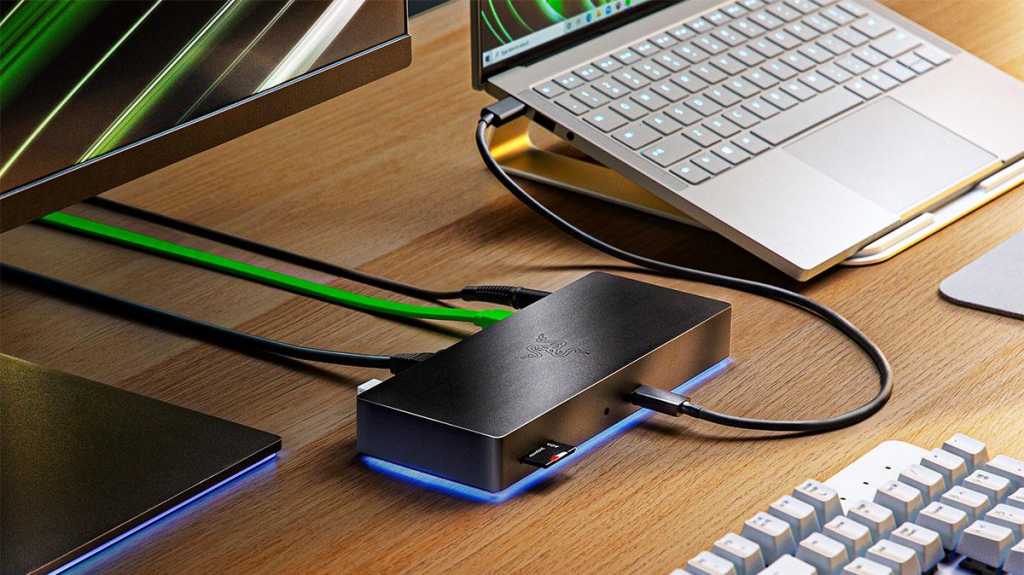 The Razer Thunderbolt 4 Dock Chroma is a colourful Thunderbolt 4 docking station that offers a glowing experience you won’t find with other TB4 docks.

Razer is a popular hardware manufacturer for hardcore gaming and esports players.

Its Chroma RGB proprietary RGB lighting technology lights up when in use, so its users probably work and play mostly in the dark to take full advantage of the changing colours coming from their glowing Razer PCs, laptops and peripherals.

The Razer Thunderbolt 4 Dock Chroma is a fully fledged docking station with 10 ports, including the latest Thunderbolt 4 and USB4 connectivity standards.

Use it to instantly add these ports to your laptop so you can have a full desktop experience with your portable computer. 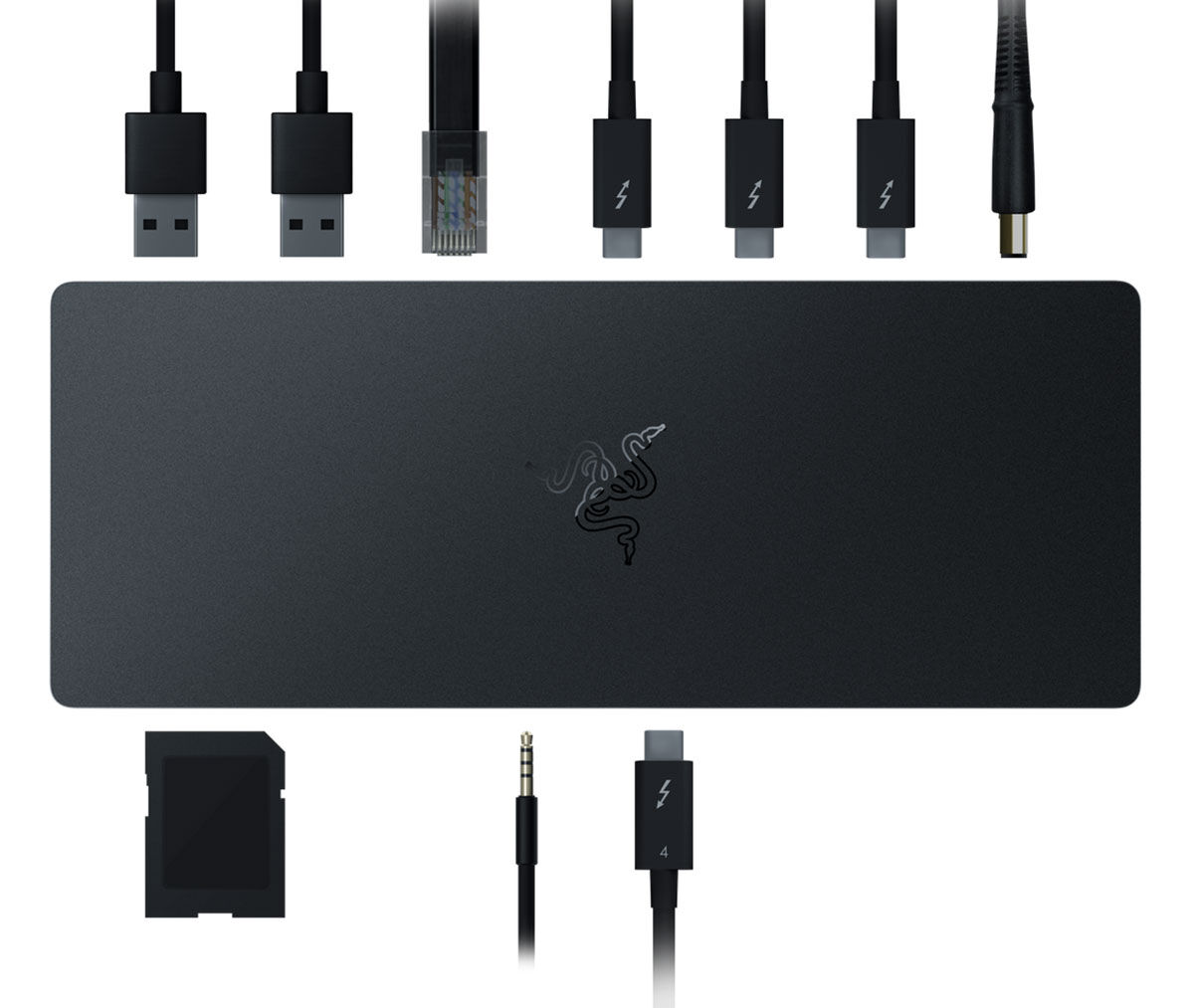 These are rated at Thunderbolt 4’s 40Gbps bandwidth and can charge devices at 15W each. The upstream port can charge a connected laptop at up to 90W, which is enough for most large laptops.

You can connect displays directly if they have a USB-C connection. Otherwise, you’ll require either a USB-C-to-HDMI or USB-C-to-DisplayPort adapter (not included) to connect to the TB4 ports.

It will support two 4K displays at 60Hz, or a single 8K monitor. Note that Apple’s original M1 MacBooks can support only one external display – M1 Pro and M1 Max support multiple displays – although there are third-party software and hardware workarounds that allow M1 Macs to connect to more than one external display.

The external power supply can provide up to 135W of power for laptop passthrough charging (90W) and connected devices. Rather than rating each port with a charging capacity, Razer distributes power among the ports.

The upstream port on the front shares 100W with one of the TB4 ports on the back, with a maximum of 90W for laptop charging. The USB-A ports share 18W between them.

Gigabit Ethernet means you can connect for fast and stable wired Internet access.

On the front, alongside the upstream TB4 port is a fast SD Card Reader (UHS-II, 320MBps) for portable storage, and a combo 3.5mm audio jack. We would have preferred a microSD card reader, but most of the smaller cards ship with an SD adapter, so it shouldn’t make a lot of difference.

The most obvious thing you’ll notice with the Razer Thunderbolt 4 Dock Chroma is its glowing underbelly, which changes colour while you work. It’s a colourful gimmick that gamers love, and maybe others will, too.

The dock itself is available in either Black (the colourful Chroma version) or Mercury for a less flashy appearance. The matte black version is sleek and cool but does pick up fingermarks easily.

As with most Thunderbolt 4 docking stations, we were disappointed that the upstream port is located at the front of the dock rather than hiding the cable clutter around the back with the power supply, but this is quite standard practice.

You can buy a Thunderbolt 4 hub cheaper, but these don’t come with Gigabit Ethernet or SD Card readers as standard. The Caldigit Thunderbolt 4 Element Hub is our favourite, as it boasts four TB4 ports plus four 10Gbps USB-A ports, although you’d have to use some of those ports for adapters if you require Ethernet or card readers.

The Razer Thunderbolt 4 Dock Chroma is a colourful Thunderbolt 4 docking station that offers a glowing experience you won’t find with other TB4 docks.

The 10 ports are all top-rated, and it’s easily the coolest-looking docking station that we’ve tested.