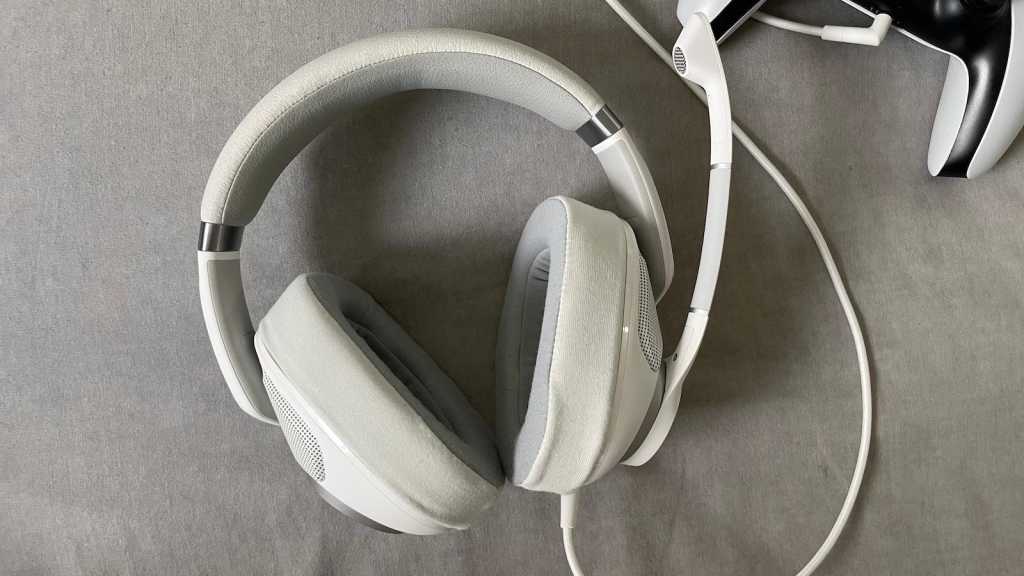 The EPOS H6PRO range offers great audio quality and exceptional comfort, even over long gaming sessions, with separate versions for Open and Closed Acoustics allowing for an even more fine-tuned experience. It’s just a shame that the headset is so expensive.

Following on from the popularity of the EPOS H3, the audio company is back with the upgraded and improved EPOS H6PRO, featuring a more comfortable design, a removable mic arm and even the ability to choose between open and closed acoustics.

The catch? At £149/$179, it isn’t cheap, and there isn’t even wireless connectivity to tempt gamers. Is the EPOS H6PRO gaming headset worth the high-end price? Keep on reading to find out.

The EPOS H6PRO is a good-looking, understated gaming headset that wouldn’t look out of place on a work Zoom call – in fact, I’ve donned the H6PRO during a recent episode of our weekly video podcast, Fast Charge, with no sarcastic remarks from my fellow podders, making it perfect for those that need a headset for both work and play. 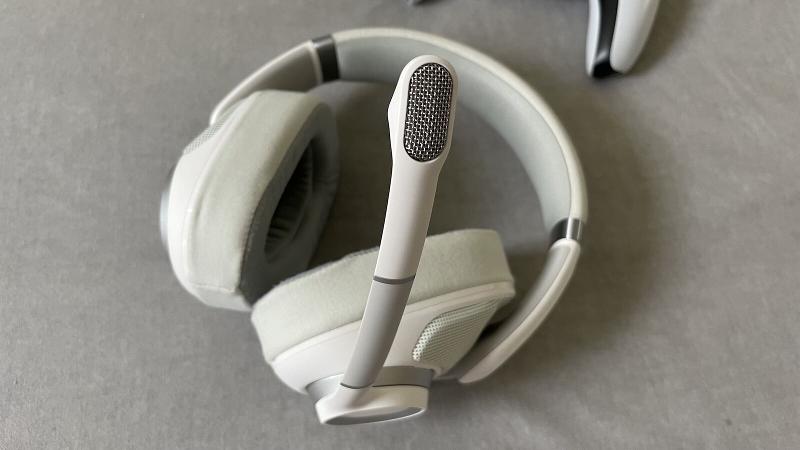 That’s thanks mainly to a lack of LEDs, present on the likes of the Logitech G935 with more RGB lighting than a Christmas tree, but it’s also due to the simplistic yet mature look on offer. The body of the headset is made almost entirely from plastic and leatherette, but with a metal headband lurking beneath the surface and a combination of soft-touch material and leatherette on the earcups, it doesn’t feel like a cheap headset in the hands or on the head.

In fact, the EPOS H6PRO is among the most comfortable headsets on the market, with adjustable earcups and headbands providing very little pressure build-up on the ears or over the head even over hours-long gaming sessions.

The actual combination of earcup material will depend on the variant you opt for though; the open acoustic version features soft-touch material that feels exquisite on the ears and keeps you feeling cool at the cost of passive noise reduction, while the closed acoustic version features a combination of soft-touch material and leatherette to more effectively quieten the environment, with a more traditional buildup of heat over longer gaming sessions. 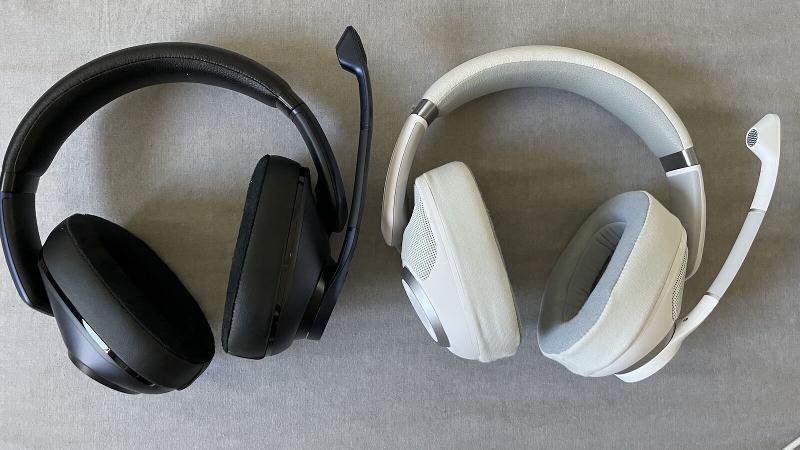 There are also differences to the audio experience on offer, but I’ll go into more detail about that a little later.

Like the cheaper EPOS H6, the H6PRO sports a large volume wheel on the right earcup for on-the-fly audio adjustment, and it works well, with a slight resistance allowing for minor adjustments as well as major ones.

Where the EPOS H6PRO differs from its cheaper sibling is in the mic department; while the mic is fixed on the entry-level model, the Pro model sports a magnetic, removable microphone arm – and there’s even a second magnetic cover in the box to give the H6PRO a clean look when it’s not in use.

It’s a huge plus for the H6PRO, giving consumers the flexibility to switch between a gaming headset and a great-looking pair of headphones whenever they like without having to compromise on the microphone experience overall.

It’s worth noting that the EPOS H6PRO, despite the comfortably premium price point, only offers 3.5mm connectivity. It’s a chink in the H6PRO’s otherwise pristine armour with wireless connectivity practically a given at the premium end of the market, but with exceptional build quality and audio quality on offer, it’s a compromise I – and others like me – are happy to make.

Besides, it comes with a short 1m 3.5mm cable for console gaming and a longer 2m cable with splitters for PC use, making it compatible with a variety of platforms and devices, as well as any 3.5mm-enabled smartphone or tablet.

Finally, both variants of the EPOS H6PRO are available in three colours – Racing Green, Sebring Black and Ghost White – so there’s likely a colour option that’ll suit your tastes.

As noted, EPOS made the decision to focus mainly on audio and comfort with the H6PRO range – and that makes sense, given they’re the two most important factors when using a gaming headset. The good news is that EPOS has an impressive audio-based history and that’s obvious with the audio quality on offer from the H6PRO – both open- and closed-back variants. 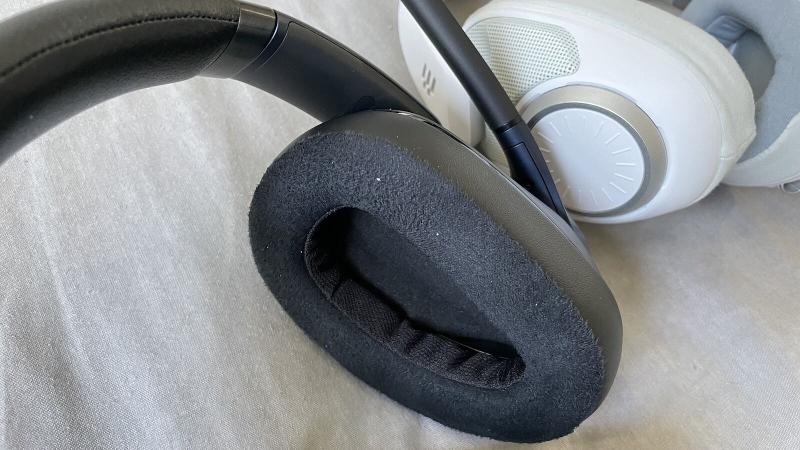 Generally speaking, the audio on offer from the H6PRO is best described as balanced, with lows, mids and highs offering equally rich detail without one overpowering the other. You get the standard emphasis on the high-end as with most gaming headsets to help pick up on sounds like gunshots, approaching footsteps and the clink of a reloading weapon, but it’s not quite as noticeably sharp as other gaming headsets.

The headsets also do a great job at audio positioning, making it easy to pinpoint sounds and sneak by unnoticed in stealth games and quickly identify the direction of the incoming attack chopper in shooters. It’s a particular joy on the PS5, with the H6PRO cans playing very well with Sony’s Tempest 3D Audio technology.

While the headset will sound nearly identical regardless of whether you choose the open- or closed-back variant, there are a few nuanced differences that could make all the difference to your gaming experience.

The open back cans are airier than standard closed-back headphones, and that translates to the feeling of a wider soundscape, with EPOS suggesting the open-back cans are best suited to cinematic gaming. That’s a statement I’d largely agree with, offering a large soundscape with a balanced mid-range and prominent bass, with the latter being a particular surprise given the middling bass performance from many open-back headphones. 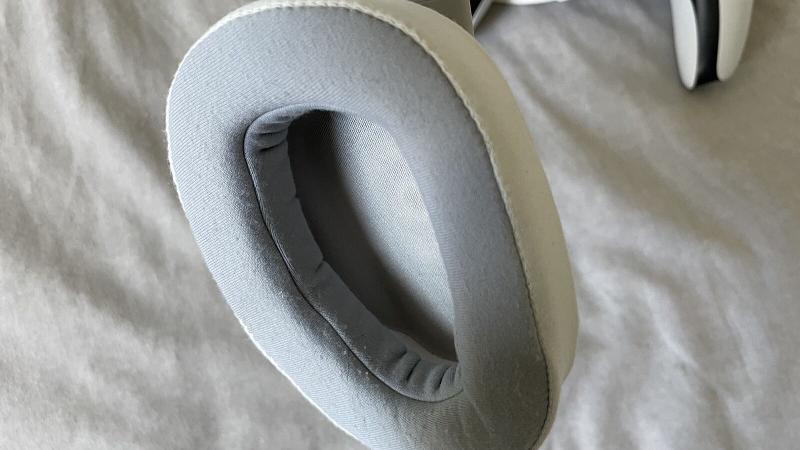 The downside is that the open-back design means passive sound reduction can be a problem, with me able to pick up on even insignificant sounds like the hum of a nearby fan when playing Far Cry 6 on the PS5, and it’s much the same with sound leakage. If you’re gaming in a shared space, you’re looking to compete in eSports competitions or you simply want a distraction-free gaming session, the closed-back variant is probably more up your street.

The audio experience on offer from the closed-back headphones is similar, but with a narrower soundscape and noticeably sharper highs for better performance in competitive shooters like Call of Duty: Warzone. It’s also much better as passive noise reduction, hearing very little of the outside world – especially with the headphones turned up. It’s also louder than the open-back variant with less sound leakage than the open-back cans, ideal for use in shared spaces like a living room or office.

The accompanying boom microphone performs about as well as you’d expect from a gaming headset. It does well at picking up the sound of my voice, with clear communication in my co-op Far Cry 6 session, but the comparatively limited range means it won’t replace a dedicated microphone for streaming.

There’s no noticeable noise cancellation on offer either, meaning the sound of clinking keyboards and crinkling crisp packets will be picked up – much to the dismay of everyone in my party chat, no doubt.  One redeeming feature is the flip-to-mute technology, which automatically silences the microphone when it’s in its retracted position. 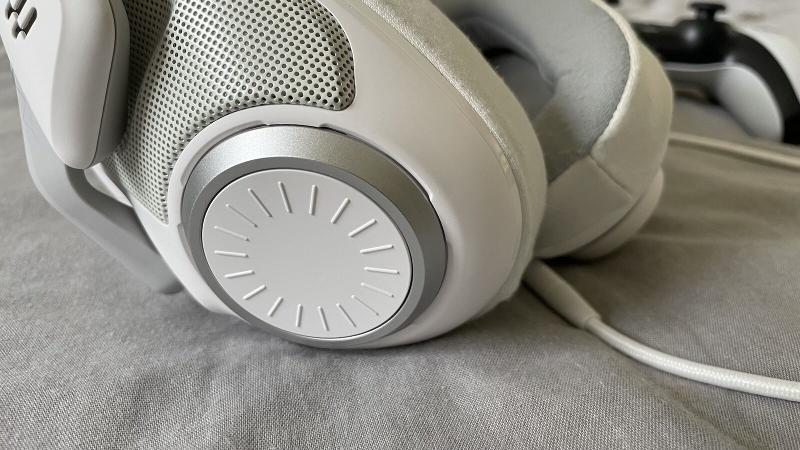 Here’s the biggest pain point; despite the wired-only connectivity and comparative lack of smarts compared to similarly priced competition, the EPOS H6PRO comes in at a rather pricey £149/$179, putting it safely in the top-end of the mainstream gaming headset market. For that price, you can get a wireless headset from the likes of Logitech and Razer, but none prioritise audio quality and comfort quite like the H6PRO.

The EPOS H6PRO gaming headset is certainly on the premium side, especially given the wired-only nature of the cans, but the comfort and audio quality on offer make it well worth the price.

The headphones are exceptionally comfortable, even over long gaming sessions, and the audio quality is superb too. I prefer the more natural experience on offer from the Open Acoustics version, even with next-to-no passive noise reduction, but there’s something to be said for the Closed Acoustics variant and its tighter, brighter response suited to competitive gaming – it’ll largely depend on how you game.