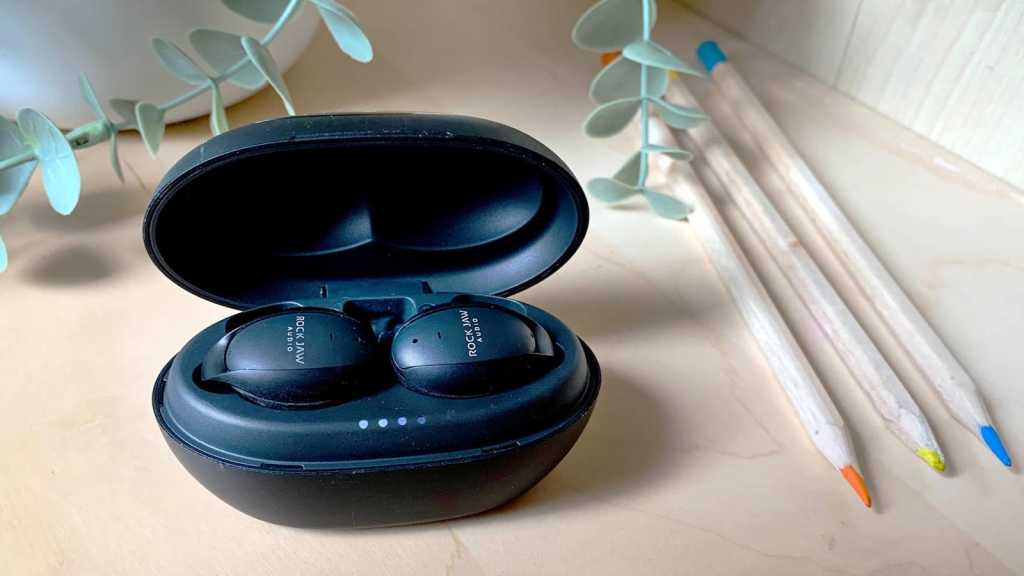 The Avant Air represents Rock Jaw’s first foray into true wireless, with the T5 Ultraconnect neckband being the British firm’s firs Bluetooth earphones back in 2019.

Rather than rushing to launch some true wireless buds, the company developed the Avant Air over a couple of years and reckons it has the winning formula. That means 12 hours of uninterrupted battery life, the use of liquid silicone rubber in the driver surrounds and aptX support.

The buds come in black and are small, comfortable and so light it’s easy to forget you’re wearing them. 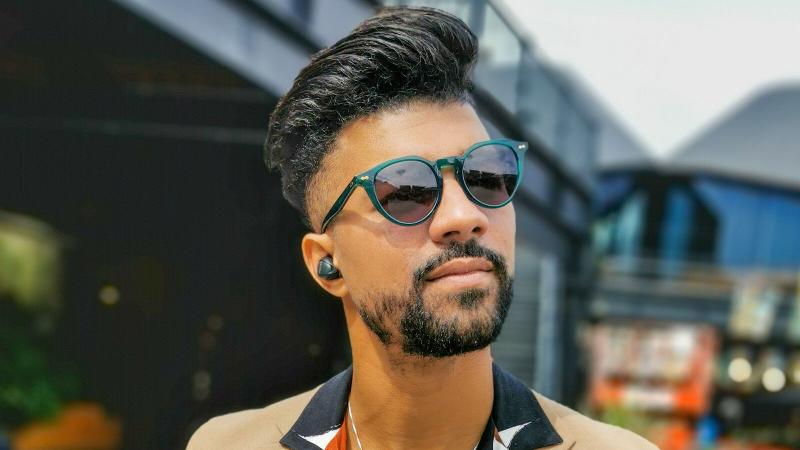 They arrive with a rubber surround fitted. This has a ‘wing’ which fits into an indentation in your ear and helps ensure a secure fit so you can wear the buds while running or doing other exercise. 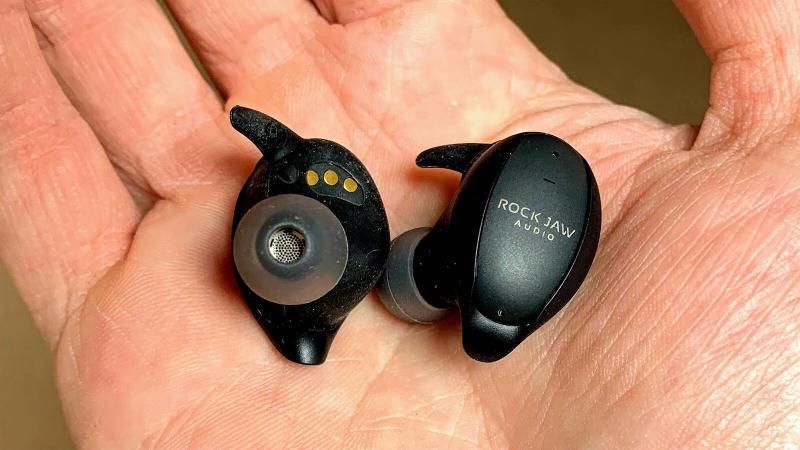 If the silicone tips aren’t a good fit, there are two other sizes in the box. It’s great to see all three sizes included in foam tips as well, so you’re bound to find a something that gives a good seal.

That seal is crucial for good bass and noise isolation: there’s no active noise cancelling here.

In fact, there are several features you might expect which the Avant Air doesn’t have. One is wear detection. That means audio doesn’t pause when you remove one or both buds.

There’s no app, either, so any EQ has to be adjusted using the audio controls your phone (or other Bluetooth device) offers.

And unlike Rock Jaw’s previous headphones, there’s no interchangeable filters to do a similar job of boosting bass or treble.

Unusually, you’ll find spare trim pieces in the box in case you want a gloss black surround instead of the matt-finish surround that’s fitted as standard.

There’s more: a triple-tap on the left bud calls up your phone’s assistant, and the same on the right activates game mode, which activates a super-low latency mode but also reduces sound quality.

While the Avant Air takes with one hand, it gives with the other. The buds have batteries that will run for up to 12 hours before needing a charge, and the case has enough juice for a further 39 hours.

Charging the case itself is via USB-C, and there’s also wireless charging so you can pop it on a Qi charger instead. It feels a bit too plasticky at this price: others manage a more premium feel. 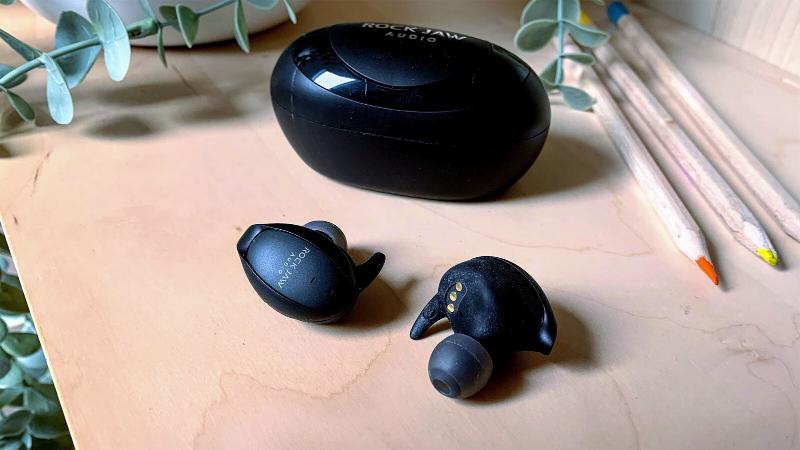 While not having an app means you can’t adjust the sound or customise what the touch controls do, it also means there’s no way to check battery levels. Instead you’ll just have to wait until you hear the ‘low battery’ message while using the earbuds.

The case won’t tell you either: its four white LEDs indicate its own battery reserves, and confirm that each bud is properly seated and charging.

The notch in the lid is so thin you need long fingernails to use it, but there’s enough grip to simply grip the entire lid to open it. And unlike Huawei’s recent earbuds, it’s easy to grab the Avant Airs to remove them from the case.

As long as the tips fit correctly, bass is well-defined. It has been dialled back a bit compared to, say the T5 and other previous headphones so it’s not quite as prominent.

Clarity is excellent, with clear separation of instruments and vocals. Even multiple instruments of the same type such as the acoustic and electric guitars in the Eagles’ Take It Easy are defined and don’t  get muddled.

Whatever style of music you listen to, they should sound great. But if you exclusively listen to clubbing chuggers, you may want to pick an alternative from our roundup of the best true wireless earbuds.

Treble is a bit more pronounced than bass which – with some types of music – can become a little wearing.

Android users benefit from the aptX codec (which offers higher quality then SBC), while iPhone owners get AAC which, to my ears, is perfectly good enough.

One problem many Bluetooth earphones suffer from is terrible lag which makes them unusable for video as the images are out of sync with the audio. Fortunately, that’s not an issue with the Avant Air as the delay is almost imperceptible.

I was surprised by just how loud the buds were, even when set to relatively low volumes. That’s great if you like your sound really loud, but it’s worth using the hearing protection mode on your phone to avoid any long-term damage.

You can buy the Avant Air direct from Rock Jaw for £89.95, a £30 discount from the regular price. You can also find them on Amazon as well.

That’s a lot cheaper than most of the big-name true wireless buds from Sony, Apple and Samsung.

If you want true wireless earbuds with long battery life and great sound quality at a sensible price, the Avant Air should be on your shortlist.

It’s possible to get ANC at this price, but not without sacrificing sound quality so if you can live without an app, these are a great choice.