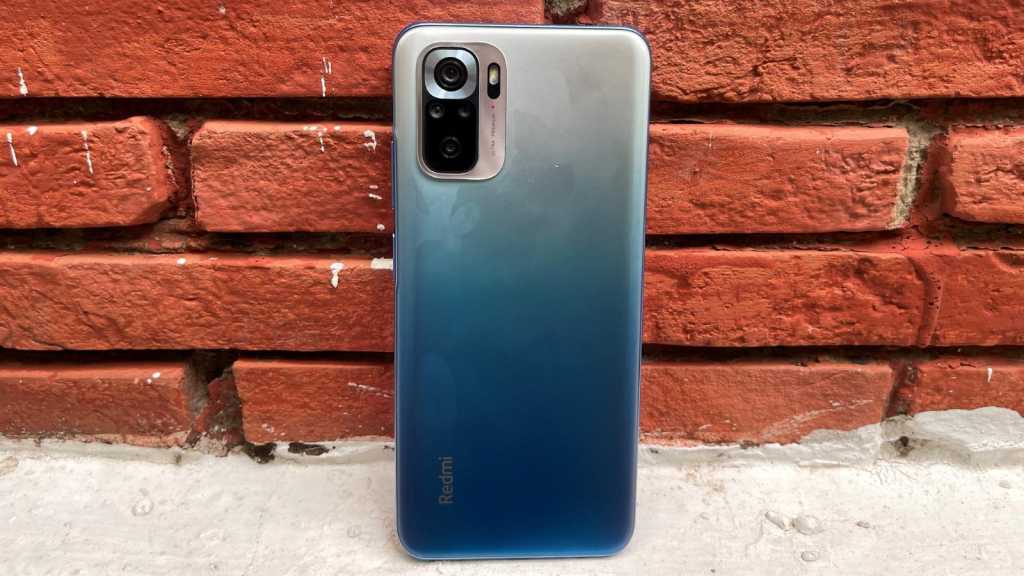 In typical Xiaomi style, the Redmi Note 10S represents excellent value for money, but this time around doubles down on battery life and graphical performance. It lets down with camera quality and an inferior panel to its Redmi Note 10 brethren.

What Nokia used to be in India and most parts of Europe in the mid-2000s, Xiaomi has established that level of dominance in India in the last 7 years. Most of that success has been on the bedrock of its Redmi line of affordable smartphones which have often provided impressive and cutting edge hardware specifications and its crude yet effective Mi UI which has been subsidised by ads.

After launching the superb Redmi Note 10 series of phones, it decided to launch yet another one called the Redmi Note 10S which slots between the entry-level Redmi Note 10 and Redmi Note 10 Pro. It is a strange phone by Xiaomi which clutters its portfolio, though it has a focus on gaming which may attract the ravenous Call Of Duty Mobile and PUBG crowd.

The Redmi Note 10S more or less reuses the design language used in the Redmi Note 10 line that was launched earlier in the year. It’s quite a standard look, however, it has this cool blue (ocean blue) gradient colour which also gets a matte finish that makes it nice to hold in the palm.

It is not much of a smudge magnet as well and it also gets IP53 splash and dust resistance like most Xiaomi phones. It incorporates even a 3.5mm headphone jack and also an IR blaster which is a signature feature that Xiaomi’s phones provide.

The rear of the phone houses the camera array which provides a bit of bump but also provides a neat aesthetic that reminds one of a vintage camera. This bump, though, also annoyingly ensures that the phone never lays flat on a table. There are also stereo speakers which are pretty loud but average in clarity, though should be adequate for anyone on the go.

Interestingly, it is lighter than the Redmi Note 10 Pro at 178g, however, it is slightly thicker at 8.3mm. It remains a pretty easy phone to hold by modern standards, though considering the 6.43in screen size, it is undeniably large.

Xiaomi provides a side-mounted fingerprint scanner which makes things quite easy to unlock the phone since it is embedded in the power button — it is rapid and very effective.

Largely, it is a nicely designed phone with a unique colour that’s not too dissimilar from its Redmi cousins from 2021. It also helps that the build quality of the phone is on point for the price.

Xiaomi has been outfitting its Redmi phones with really impressive displays and the Redmi Note 10S is no different. However, it misses out on the fluidity yielded by the 120Hz refresh rate that its brethren comes with. It doesn’t even have 90Hz like the Note 10 5G as a compromise.

It’s a bit disappointing considering the gaming credentials of the MediaTek chip but that aside, it presents saturated and vivid colours, good viewing angles and decent levels of luminosity. It gets 1100 nits of peak brightness which is adequate even in bright outdoor conditions, coupled with Corning Gorilla Glass 3.

It is a nice screen for watching videos on Netflix or reading text. Generally, it hits the spot, though considering you can get a Redmi Note 10 Pro with a high refresh rate screen, that’s where things become a little confusing. And undeniably, the “pro” model has the better panel.

Like the other Redmi Note 10 series phones it also doesn’t get HDR10 support which weakens its content consumption credentials somewhat.

But in terms of looks, it is excellent — you’re mostly looking at all screens and barely any bezel, though there is a bit of it on the lip of the phone. The hole punch camera is on the top left and is basically a glorified dot so it also doesn’t get in the way.

Perhaps the most curious thing about the Redmi Note 10S is the fact it runs on the MediaTek Helio G95 processor which was there also in the Redmi Note 8 Pro. It is a 12nm chip with an octa-core architecture and a Mali G76 MC4 graphics processing unit (GPU), coupled with 6GB RAM and up to 128GB of UFS 2.2 storage with support for microSD card memory expansion.

Why this is a curious spec is because Xiaomi has used Qualcomm Snapdragon chip in most of the other models. MediaTek has made quite a big deal about the gaming potential of this chip which is backed up with some decently fast memory and copious amounts of DDR4x RAM.

Day to day performance was smooth with it handling multitasking as well pretty decently. Multitasking was a breeze with even 20 apps open at the same time and even while I was constantly switching between tabs on chrome.

Even while gaming, playing graphically intensive games like Call of Duty Mobile, I managed to run it in medium settings without any perceptible frame rate drops and the experience was impressive.

Benchmark results were also quite decent, though GFXBench failed to run. Geekbench scores averaged out to around 500 for the single-core benchmark, with it scoring upwards of 500 twice and being stuck on 499 the first time I ran it. In the multi-core result it the lowest it scored was 1625.

These results are pretty competitive and you can see how the 10S compares to rivals including the Xiaomi Poco M3 Pro 5G, Realme 7 and Oppo A9 in the chart above.

Xiaomi will tell you that it gets a quad-camera system, but honestly, this is more of a dual-camera phone which is decidedly average and is not in the same league as the Redmi Note 10 Pro. It officially has a primary 64Mp camera, an 8Mp ultra-wide sensor and twin 2Mp macro and depth sensors. There is a 13Mp front-facing camera that hides in the hole punch of the screen.

The main 64Mp camera does well when you’re trying to take a close up photo or even a shot in portrait mode, but the moment you try to take wide landscapes, the image quality becomes average as there is a great loss of detail. The images are slightly saturated which is a signature Xiaomi trait which is not a big issue for me but what peeves me is the over-sharpening.

Portrait shots are the highlight of this phone as they get good edge detection when given good lighting, but considering the price of the phone, the moon shouldn’t be expected.

Low light photography isn’t the strongest suit of the 10S. Images, even when using the night mode, come out very grainy and also you need a really steady hand to get something usable considering there is no OIS (optical image stabilistaion).

The low-resolution macro camera can at times push out a usable shot but it will be utterly pointless when given poor lighting. The ultra-wide lens come in handy for landscape shots but again, it shouldn’t be used in low-light situations. It is a bit of hit or miss and the low resolution of 8Mp doesn’t help it get a lot of detail.

The front-facing camera is decent for selfies and Instagram stories but it isn’t going to be blowing anyone’s mind.

The camera app also comes with an assortment of modes like a full 64Mp resolution mode which again isn’t very handy for most people. The UI is a bit complex as if you want to use something like a macro or night mode it is hidden in a different menu, though you can turn the AI mode on and it will do a bit of scene detection and trigger the appropriate mode.

For video recording, Xiaomi offers up to 4K video recording at 30 frames per second from the main camera. But this isn’t stabilised. When you drop the resolution down to 1080p then electronic stabilisation does kick in and is quite usable, but should still be used mostly when there is good lighting.

In the battery mark test by PCMark, the Redmi 10S scored an impressive 13 hours and 19 minutes on the work 3.0 test which is longer than many phones.

In real-world testing, I managed to never fully drain this phone during the day. It would always be left with more than 30% juice. Of course, it helped that it gets a similar 5,000mAh battery that is found in the Redmi Note 10 Pro but since the display here is limited to 60Hz, its battery life was prodigious.

My use involved using WhatsApp, playing some games to test the phone, zoom video calls, web browsing, taking a lot of pictures with its quad-camera array and using boatloads of Twitter and Instagram. I also used photo editing software like VSCO and Snapseed apart from Simple Note, Google docs and Gmail apart from making phone calls. For content consumption, I YouTubed a lot and also watched shows on Netflix apart from listening to music via Apple Music.

I didn’t need Google Maps for navigation but even with high usage, I managed to never get less than 6 hours of screen on time on this phone.

This is a true one-day battery life phone but if your consumption is lighter than mine then you can even potentially expend the battery life of this phone to two days on a single charge which is impressive but expected because that’s what the Redmi Note Series is known for.

Charging the phone wasn’t the quickest process even with a 33W fast charger as its humongous battery does take some time to get fully juiced up. It would take more than an hour for the phone to reach 0-100 per cent took more than an hour.

The Redmi Note 10S was the first phone Xiaomi launched in India with MiUI 12.5 which is based on Android 11.

It is a decent improvement over MiUI 11 as now it is increasingly becoming close to stock Android, but there are many Xiaomi customisations that are still intact. The interface itself is quite smooth but it gets a little convoluted because of the number of pre-loaded apps and bloatware plus the fact that Xiaomi beams unsolicited ads inside the interface.

The notification and lock screen in particular are notorious for slipping in ads which even from a daily use perspective is irritating. There is a duplication of even app stores as the Xiaomi Getapps store is glorified bloatware.

The Redmi Note 10S has been launched in the UK is available via Amazon and Mi.com. In the US, the global variant of the same can be had via Amazon.com.

Those in India can purchase the Note 10S from Amazon, Mi.com and Reliance Digital.

Only two models are being sold:

Users who want 5G would be better off opting for the Redmi Note 10 5G model or can also pay a little higher and opt for the OnePlus Nord CE 5G. The Redmi Note 10S is best suited for someone looking for epic battery life.

This is the first Redmi Note phone that is just good enough. At times one needs to question the reason for its existence since there are other great Redmi Note 10 models that can provide everything this phone can in a more capable package.

That being said it comes with its own set of strengths — its battery life is definitely superior to its other Redmi Note 10 cousins and its new blue colour is very attractive.

But at a budget price, it just about makes the cut, as spending slightly more will get you a better screen and camera combination in a knockout package that too from the house Xiaomi.