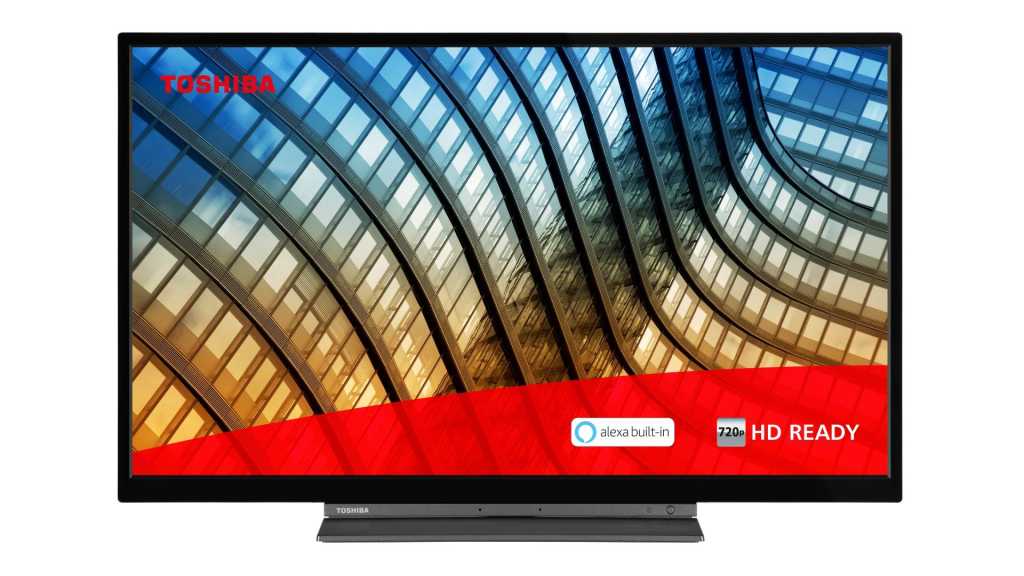 The Toshiba WK3C is an any-room TV that’s great for catch-up if cost is higher up your priority list than picture quality.

The WK3C is a cheap flatscreen smart TV built to shift in volume. High-end screens may attract the attention of aficionados, with fancy tech and premium materials, but the frugal WK3C is the everyday workhorse most of us buy. Typical uses will be in kitchens, bedrooms and smaller living rooms.

But that’s not to say this set lacks interest. The 32-incher on our test bench may only be HD Ready, meaning the panel is 720p rather than 1080p Full HD, but it does support HDR and there’s a modicum of AI technology onboard.

Features include Amazon Alexa support, with a microphone built into the bezel, and Bluetooth connectivity. Not bad for as little as £189 (at 24in), cheaper than even some budget smartphones.

The WK3C is the replacement for 2020’s WK3A model and looks pretty much identical.

The WK3C was always going to dress casual, but it looks smart enough. Direct-lit set, it’s not particularly slim at 78mm but viewed square on, you’ll probably not notice.

The gloss black plastic bezel has a chamfered edge, which adds an element of visual detail, while the panel itself sits on a squared-off central pedestal. An overly-bright Green LED signifying healthy operation glows to the right; the sound system is two-channel and downward-firing.

There is also analogue phono AV and VGA, plus USB, an optical digital audio output and a headphone jack. A CI card slot is provided for territories that need it. Ethernet is on hand to support dual-band Wi-Fi. The set has Freeview Play terrestrial and generic satellite tuner options.

If you’re looking for a catch-up gogglebox, the WK3C is more than up to the job. Freeview Play incorporates BBC iPlayer, ITV Hub, All4, My5, CBS Catch-up, Horror Bites and UKTVPlay, while Toshiba’s Smart Centre provides a launchpad for additional OTT streaming services.

The main interface, like overall usability, is clean and unfussy. Pressing Home brings up a vertical launch bar with a selection of apps, including Netflix, Prime Video, Britbox, YouTube, Twitch, Rakuten TV, Chili and Amazon Music.

If you want more, there’s an own-brand app store which features Mubi, Vevo and some lesser video and radio diversions. Significantly though, there’s no Disney+. A rolling menu selector offers quick access to settings, programmes and connected devices.

The WK3C may be a budget buy, but it’s not without a surprise or two. As befits its size and ticket, the panel is HD Ready, aka 720p. This is a fairly standard compromise on smaller screens, as you’ll not easily spot the resolution shortfall given a typical viewing distance.

As mentioned earlier, it’s available in 24- and 32in sizes. If you’re looking for a cheap set that’s a lot bigger Toshiba’s U29 is worth considering.

However, it’s also HDR ready. The Netflix app acknowledges this support, and an external Fire TV streamer similarly offered up HDR streams. However there’s not much the set can do with them.

I measured peak HDR brightness, with a standard 10% measurement window, at no better than 170 nits.

This general lack of brightness impacts the various picture presets, which include Natural, Cinema, Sports and Dynamic. There’s not a great deal to be had between them. Of course you can also tweak Contrast, Brightness, Sharpness and Colour, although there’s little incentive to go too far off piste as there’s limited latitude when it comes to picture variation.

The screen may lack the Tru Picture engine found higher up the Toshiba range, but AI is on hand. Tick the ‘AI on Video’ box in the menus, and the TV will auto-select an appropriate image preset, as long as the programme material is flagged with informative metadata.

‘AI on Sound’ does much the same when it comes to audio content.

There’s also a more ambitious ‘AI for You’ mode, which allows the TV to automatically adjust to any preferred settings when you enter the room. It’s triggered by Bluetooth on your smart device. You’ll need to pair the screen to your mobile phone.

The WK3C isn’t a particularly good gaming display. Even with Game mode engaged, latency was measured at 33.4ms. Fine for casual play, but you’ll be at a disadvantage when it comes to competitive shooters.

The WK3C may have just 12W of sonic oomph to play with, but it offers two flavours of audio post processing: Dolby and DTS Virtual X.

For anything other than kitchen duties, it makes sense to pair the screen with a soundbar and take advantage of that HDMI ARC link. If you utilise this, the output is delivered without any Dolby or DTS post processing.

The set also offers Bluetooth connectivity, allowing it to act as a speaker for your smartphone. The set mutes broadcast audio and plays your Bluetooth stream over whatever channel you happen to have on.

While the WK3C itself isn’t any replacement for a Bluetooth speaker, if you’re ARCing out to an external sound system, then that’s what you’ll be listening to. Handy if your soundbar doesn’t have Bluetooth built-in as standard.

That’s extremely cheap and you can easily spend more on even a cheap smartphone or tablet. You can buy it from Amazon UK (and the 24in the model here), Very, Home Essentials and AO.

The WK3D will never be a catwalk star. It’s too sensible and inexpensive a telly for that. Picture quality is functional, but don’t get too excited by the promise of HDR compatibility due to limited brightness.

Where it wins is usability. The smart centre offers a good choice of streaming apps, and Freeview Play covers all catch-up bases. The provision of Bluetooth streaming is also novel, particularly if you’re partnering it with a budget soundbar.

Overall, it’s a good value buy and a prime candidate for a kitchen, bedroom or kids playroom (albeit without Disney+ for the little ones) where a smaller size is useful and high-end specs are less important.