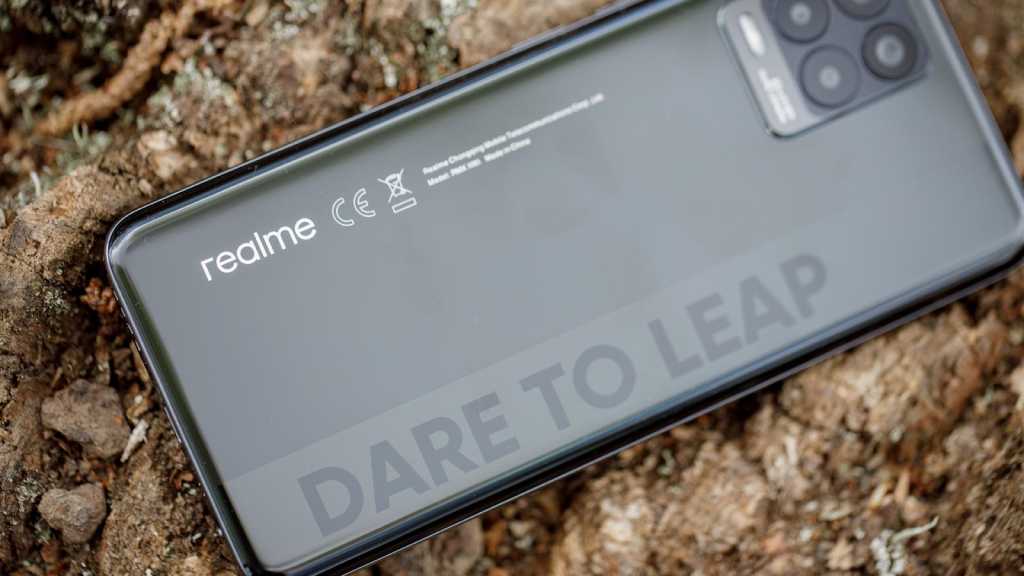 The Realme 8 offers a welcome balance of features that should suit most users, making it the jack-of-all-trades of budget phones.

In the few years it’s been in the market Realme has become one of the best budget phone companies around, and it’s usually a pretty safe bet that a Realme device will deliver on value for money, if nothing else.

So it is with the Realme 8. This isn’t the most exciting phone launched this year, and it misses out on a few of the niceties you’ll find in its 8 Pro and 8 5G siblings. You might also find stronger specs for the price from similar Redmi devices – but smooth software and ease-of-use makes the Realme 8 a better balanced device, and easy to recommend.

I’ll admit upfront to having mixed feelings about the design of the Realme 8.

I like the fact that at just 8mm thick and 177g it feels fairly slim and light, especially by the often bulky standards of most cheaper phones. The 6.4in screen guarantees that this is by no means a small phone overall, but it is still comfortable to use one-handed.

That’s probably helped by the choice to save money and use lighter plastic on the phone’s rear and frame, rather than glass and metal, but such concessions are standard at this price. Similarly, there’s no water-resistance IP rating.

I’m also a fan of the fairly no-nonsense camera module, which presents its four lenses with little fanfare, and of course it’s always welcome to see a headphone jack included alongside the USB-C port for charging.

What I’m not so keen on is Realme’s choice to emblazon the phone’s back with a giant, caps-locked ‘DARE TO LEAP’ slogan that runs up its whole body in a rainbow reflective finish. It is…garish, to say the least.

Fortunately, while my Cyber Black review device bears that logo, as does the Cyber Silver finish, Realme has since introduced a Punk Black variant of the phone that opts for a more straightforward reflective finish and drops the giant slogan – buy that version if you can.

I’ve already mentioned the 6.4in display on offer here – now a fairly standard size among Android devices, though still generous.

Perhaps more impressive is that the screen here is AMOLED, rather than LCD, which nets you better contrast, improved viewing angles, and more vibrant colours.

The trade-off for offering OLED is that the refresh rate is capped at 60Hz, so you won’t get the smoother scrolling and performance found on the faster 90Hz and 120Hz displays beginning to appear in the budget market. Resolution is Full HD though, so there’s no compromise there.

I think the choice to prioritise AMOLED over a faster refresh rate was probably the right one. It might disappoint gamers chasing higher framerates, but this isn’t exactly a top-spec gaming device. And for day-to-day use, the improved colour and depth of the OLED panel is probably more noticeable to the average user.

From a pure specs perspective, it’s clear that the Realme 8 is a fairly cheap phone, but that doesn’t mean it won’t hold up in daily use.

The G95 is actually the same chip that Realme used previously in the Realme 7, but it still holds up given the price. Performance isn’t groundbreaking, but the phone holds its own even against some phones that are twice its price, like the Pixel 4a.

In regular use the phone mostly feels smooth and straightforward, with little of the lag or stuttering that you might worry about from a cheaper device.

I’ve been testing the phone with 6GB of RAM, and so I’m confident recommending that model or the more powerful 8GB variant. I would be cautious about buying the phone’s 4GB models however – that drop in RAM is likely to slow the phone down, especially when it comes to multi-tasking, so I’d be slightly less sure that it will hold up in the long term.

It’s worth highlighting that the Realme 8 doesn’t support 5G – but there is a Realme 8 5G if that is a priority for you. Other connectivity is solid though, with Bluetooth 5.1 and NFC included. As for biometrics, there’s a fingerprint sensor built into the screen itself.

You’ll find a 5000mAh battery inside the Realme 8, and while it might look like it’s under-performed going by the benchmark scores above, in fact this is plenty to keep the phone running for one day easily, and two full days with lighter use.

At this price it’s no surprise that there’s no wireless charging, but the 30W wired speeds are excellent for the price. In my testing, 15 minutes of charging was enough to net 30% of the battery back, going up to 59% over half an hour – probably enough for a full day’s use.

The Realme 8’s camera performance is pretty typical of the lower-end of the market these days, which is to say you get a main lens that does a great job in good lighting but less so in the dark, and a forgettable trio of extra lenses you’re better off ignoring.

The core camera is a 64Mp, f/1.8 shooter that handles itself capably when the lighting is on its side. Daytime shots are bright, vibrant, and detailed, and the HDR does a decent job of handling colour range as long as the lighting isn’t too extreme.

Quality drops sharply in dimmer conditions, and in low light it’s pretty awful – though the Night mode will help so long as your shooting static subjects. In Realme’s defence, this is very typical of other phones at the price, and you will have to spend more than this if you want really reliable low light photos.

An 8Mp, f/2.3 ultrawide backs the main lens up, along with 2Mp macro and depth sensors. The ultrawide is good enough for the basics, but clearly inferior to the main camera, with reduced detail and less lifelike colours. The depth sensor helps drive portrait shots, and the macro is best forgotten entirely – close-up photos come out too noisy and grainy to be worth much to anyone.

On the front you’ll find a punch-hole selfie camera that’s 16Mp and f/2.5. Much like the main camera this will get great results if the lighting works in its favour, albeit with a little less detail than the rear shooter. Even without an extra sensor to help, the front-facing portrait mode is also impressive, and goes a long way to hiding some of the camera’s other shortcomings.

If you care about video, you’ll be able to shoot 4K video at 30 frames per second with the rear camera, with electronic stabilisation to keep things fairly steady. The front camera is limited to 1080p however.

The Realme 8 ships with Android 11 and the company’s own Realme UI 2.0 on top.

If you’ve ever used an Oppo phone, the software experience will feel familiar – and either way it’s among the better Android skins out there.

The interface is clear and fairly simple to navigate, with colourful icons to keep settings clearer, and for the most part you’ll find that controls and options are easy to find and where you’d expect them to be.

The phone ships with a handful of pre-installed apps, but for the most part Realme is happy for you to use Android’s own stock apps, and there’s no bloatware or adware to be found – which helps speed up setup, and keep your phone clean going forward.

In terms of ongoing support, Realme has a standing policy of delivering two years of software support to its phones – but that doesn’t necessarily guarantee two full Android version updates. This should receive an update to Android 12, and at least two years of security patches, but beyond that little is certain. Other Android brands offer more, though cheaper phones like this are rarely afforded much longer term support.

The Realme 8 is out now in the UK, Europe, and India, plus select other markets – though it’s not officially on sale in the US. Check out our guide on where to buy the Realme 8 series for more information on retailers and the best deals right now.

Specific models vary by market, but as a rough pricing guide you should expect to pay:

At that price, the phone’s core competition comes from the likes of the Poco X3 NFC and M3 Pro, the Redmi Note 10 series, and the OnePlus Nord N100. As mentioned above, there’s also the Realme 8 Pro and 8 5G, which offer slightly different specs to the standard 8.

The Realme 8 is a solid, if unremarkable, budget buy.

For the price you’re getting a dependable main camera, strong battery life, and OLED screen, all backed up by a smooth software experience that prioritises ease-of-use.

Similarly priced rivals might beat the Realme 8 on one or two specs, and particularly you may feel that it’s worth investing in a 5G model at this point.

But you’ll find a welcome balance of features here that should suit most users more or less, making the Realme 8 a jack-of-all-trades.