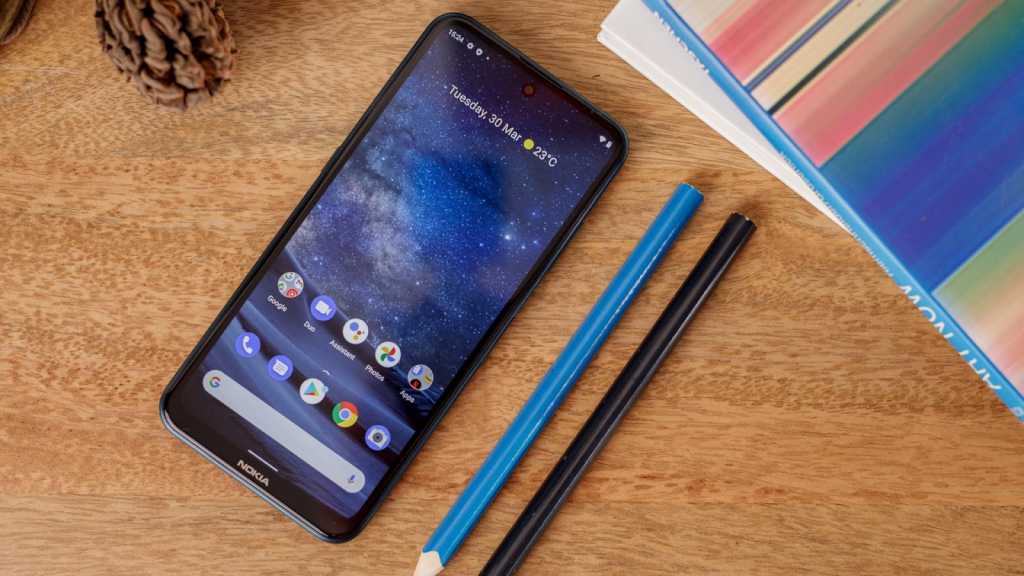 The Nokia X20 tempts users with stock Android, three OS upgrades and a three-year warranty, but that’s not enough to make up for comparatively lacklustre hardware.

But while the Nokia X20 may tempt consumers with a stock Android experience, extended software updates and a three-year warranty to match, performance issues stop it from reaching its full potential.

Nokia smartphones tend to sport the same form factor, and those looking for a change with the Nokia X20 may be disappointed. It’s very much business as usual from a Nokia perspective, offering a simplistic take compared to the likes of Realme and Xiaomi who tend to peacock with their offerings, offering shimmering finishes, curved displays and more to entice consumers. 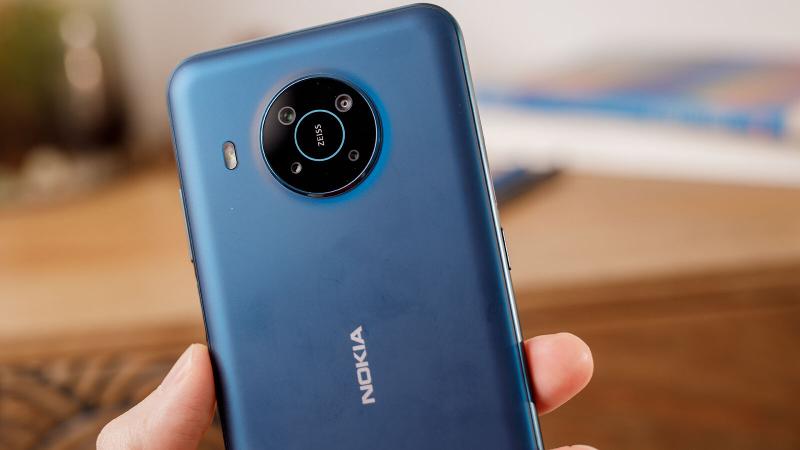 That’s not to say it’s dull; the Nokia X20 sports a reflective matte finish on the rear that looks premium, feels great in the hand, and helps to negate those pesky fingerprints too. However, there’s no denying that it’s also among the thicker smartphones out there at 9.1mm, and it’s a little weighty at 220g too.

It’s the small details that help the X20 shine, like the premium metal band that runs around the exterior, matching the colour of the rear – either the bronze-tinted Midnight Sun or deep Nordic Blue – and the Zeiss-branded circular camera housing on the rear.

It’s clear that this isn’t an entry-level Nokia, although that line would’ve been more clearly defined if Nokia opted for a glass rear in place of plastic.

On the right of the 6.67in display, you’ll find volume rockers and a fingerprint reader, and on the left, you’ll find a SIM card tray and the Google Assistant button – another staple of Nokia smartphones. And, just like every other Nokia, it’s not remappable, so it’s pretty useless unless you actively use Google’s virtual assistant. 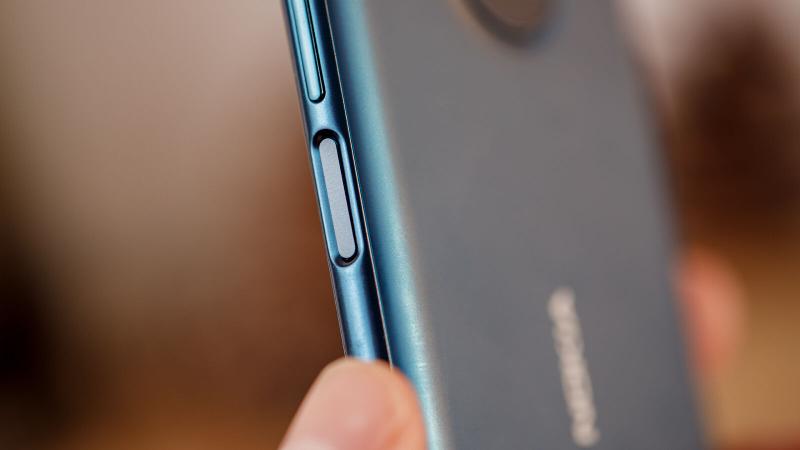 The display is bright and detailed, offering a maximum brightness of 523nits during tests, making it great for scrolling through social media and watching videos on TikTok, although it doesn’t quite have the same oomph as OLED and AMOLED-enabled counterparts. 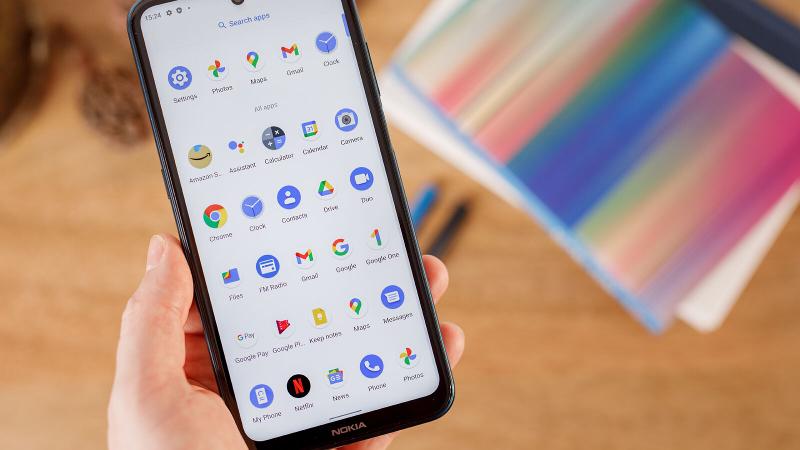 The 20:9 aspect ratio, though not quite the 21:9 ultrawide used by Hollywood blockbusters, means the display is large without being too wide to use one-handed – although you may struggle to reach the very top of the display with your thumb.

It’s not quite an edge-to-edge experience either, with bezels and a noticeable Nokia-branded chin too.

The big disappointment in the display department is the refresh rate; it’s capped at 60Hz when cheaper smartphones like the £249 Xiaomi Redmi Note 10 Pro offer an upgraded 120Hz AMOLED display.

While high refresh rate displays were once premium technology, that’s not the case in 2021, and it’s disappointing that it’s not present on the Nokia X20, which is very much the most capable of Nokia’s new collection of X-range smartphones.

Admittedly Nokia has a better software offering than Xiaomi’s option with multi-year updates and a near-stock OS, but if display tech is high up on your priority list, there are more capable options available at a similar price.

At the heart of the Nokia X20 you’ll find Qualcomm’s Snapdragon 480 processor paired with either 6- or 8GB of RAM depending on the variant you buy – for transparency, we’ve been provided with the 8GB variant for benchmarking. 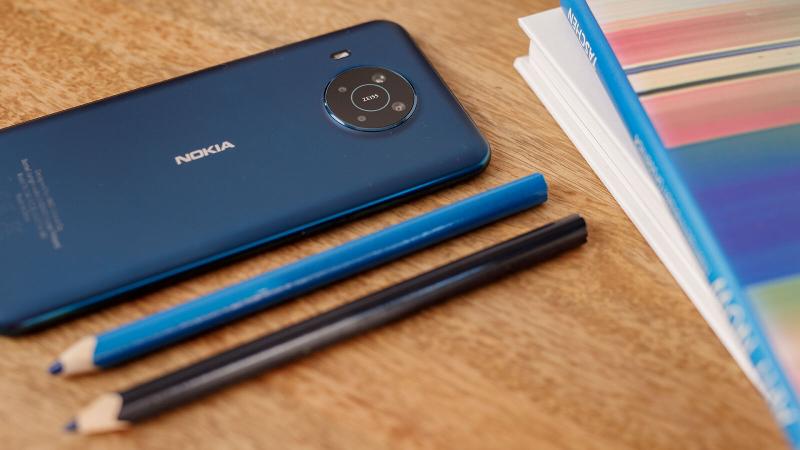 While other manufacturers tend to offer a boost in both storage and RAM between variants, Nokia has bucked the trend with both 6- and 8GB variants of X20 shipping with the same 128GB of storage expandable via microSD.

The decision to include the Snapdragon 480 does come with benefits, namely 5G connectivity, but it’s not the most capable chipset in Qualcomm’s arsenal. It’s also underpowered when compared to similarly priced competition including the Snapdragon 765G-enabled Realme X50 5G.

In fact, the £219 Oppo A54 5G offers the Snapdragon 480 and that comes in at £80 less than the entry-level Nokia X20, and performance is almost identical as seen in our benchmark results below.

While benchmarks are great for comparing devices, it’s not always reflective of real-world use.

The Nokia X20 won’t be taking on flagship devices anytime soon, that’s for sure, but it’s fine for daily use. It can easily handle social media likes Instagram and Facebook, and even some light gaming, but don’t expect to run AAA mobile titles like Genshin Impact with max graphics settings enabled.

There is the occasional stutter when opening and closing apps though, which really does highlight the limitations of the Snapdragon 480.

But while you might not get the best performance for the price, you will get stock Android 11 – a much cleaner experience than the likes of Xiaomi’s MIUI – and Nokia has committed to three full OS upgrades and three years of security updates too. 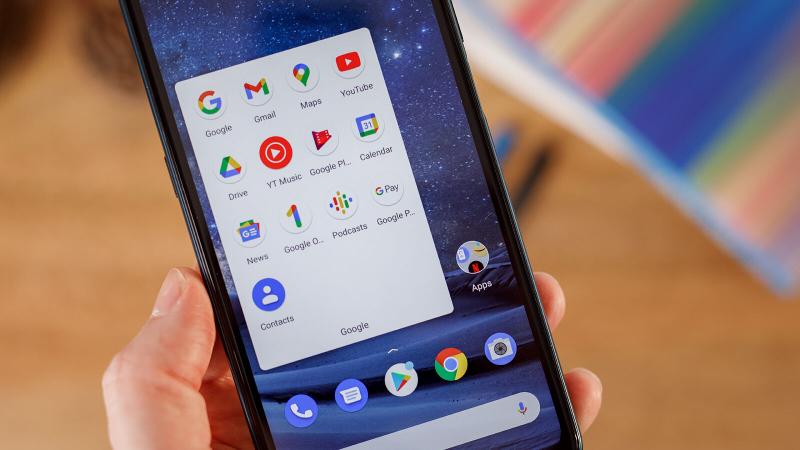 That’s much better than what you’ll find from most rivals, especially at a mid-range price point, meaning the Nokia X20 will look forward to updates to Android 12, 13 and 14 and all the new features each update introduces.

In terms of connectivity, you’ll find 5G, Bluetooth 5.0, Wi-Fi 5, NFC, a USB-C port and a 3.5mm headphone jack too, and there’s a fingerprint scanner built into the power button for added security too.

The Nokia X20 sports a 4,470mAh battery that when paired with the relatively low powered yet energy-efficient Snapdragon 480 will get you around 1.5 days of use with average use – that’s scrolling through social media, messaging and taking the occasional snap – although you could probably squeeze a full two days of use out of it with lighter use. 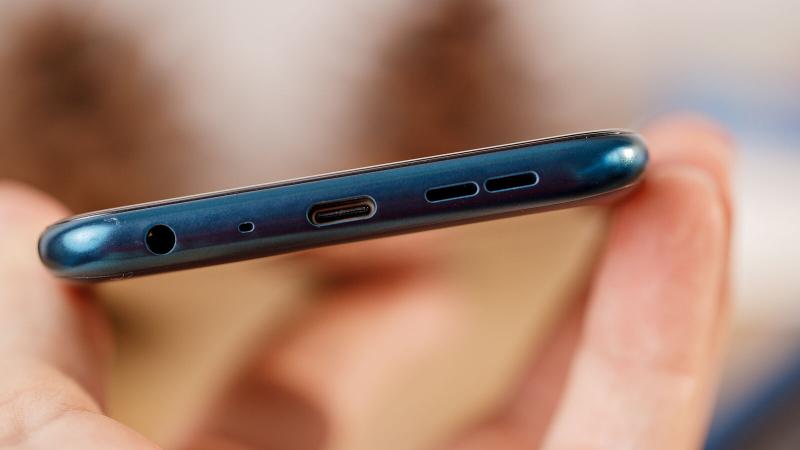 There’s also 18W fast charging capabilities that, while not comparable to the 65W fast charging from more premium options, is more than enough to get you untethered from the wall fairly quickly. The Nokia X20 went from flat to 40% in 30 minutes during tests, and you’re looking at around 90 minutes for a full charge.

The catch? There isn’t a charging brick in the box. It’s hardly a surprise given companies like Apple and Samsung have been doing this for a while, although Nokia does provide a biodegradable case in its place.

If you really need a wall charger – though chances are you don’t, with Nokia claiming the average UK household has three – you’ll soon be able to buy one from Nokia, with profits donated to Clear Rivers, a charity that helps keep rivers and oceans clean. It doesn’t seem to be on the Nokia Store at the time of writing though.

One of the main focuses of the Nokia X20 is the Zeiss-branded camera system on the rear. It’s a quad-camera arrangement comprised of a main 64Mp snapper alongside a 5Mp ultrawide and dual 2Mp depth and macro sensors – a pretty standard camera setup for a mid-ranger in 2021. Take a look at some of the photos captured on the Nokia X20 below: 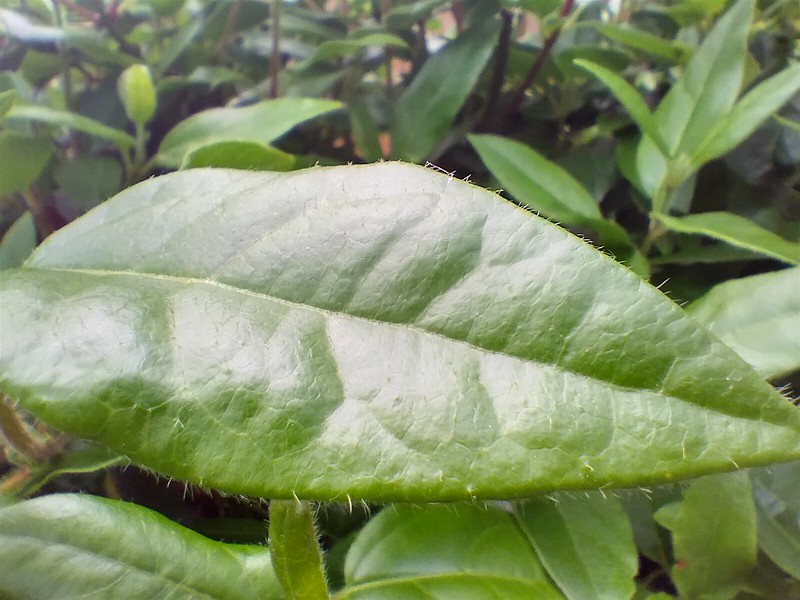 The strongest of the bunch is, unsurprisingly, the main 64Mp snapper. It uses pixel-binning tech to combine pixels and output a 16Mp image with improved detail, and it generally works well, but you do have the option of taking huge 64Mp images if you really want to.

We’ll focus on the 16Mp output as that’s what most consumers will use, and the good news is that it’s generally a delight to use, capturing detailed, vibrant images with great dynamic range – especially in well-lit conditions. 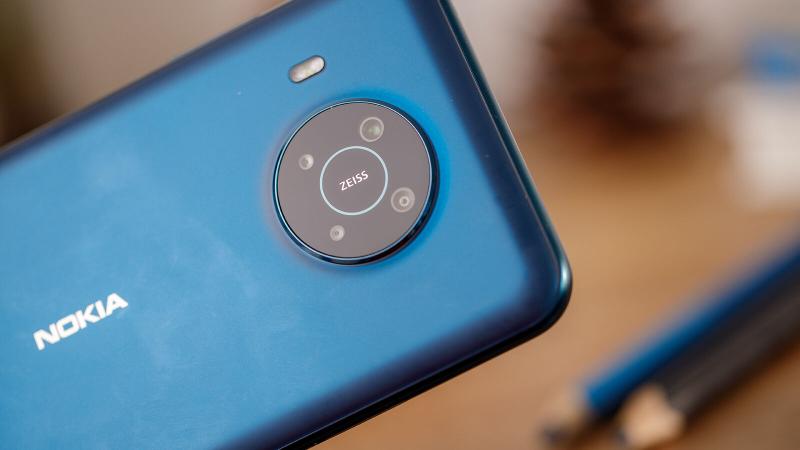 That performance isn’t quite as strong as light levels decline, with creeping noise and less detail, but there is a dedicated night mode to try and squeeze every bit of light out of a scene. If there’s enough ambient light for the phone to focus, there’s potential for decent (although not industry-leading) low-light images, but you’ll likely have to try more than once to get the perfect shot.

When combined with the depth sensor, the main snapper takes great portrait mode photography too. The line recognition is generally accurate, even along hairlines, and the bokeh effect can really add a professional feel to your shots.

The bad news is that performance doesn’t extend to the 5Mp ultrawide, which given the low resolution and wide-angle, produce noticeably softer images. It’s much the same with the largely disappointing 2Mp macro lens too – in fact, the less said about low-res macro lenses on mid-range phones in general, the better. 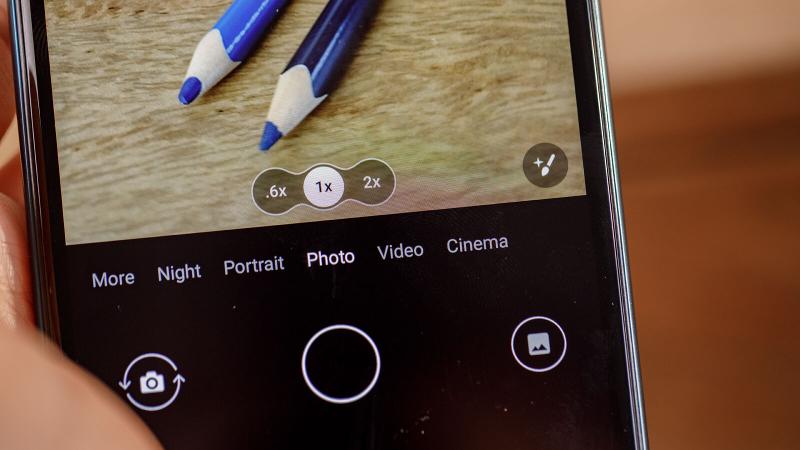 Despite the apparent focus on camera performance on the X20, with Nokia including a ‘bothie’ system and a dedicated Cinema video mode, the smartphone caps out at 1080p@60fps.

While it’s arguable that you don’t need 4K video on a phone that caps out at a FHD+ resolution, footage will look soft if you want to play it on your 4K TV at home. And, more importantly, it’s a feature of cheaper phones including 2020’s Moto G 5G Plus, so to not see it on Nokia’s X-range collection is a bit of a surprise.

Flip the phone over and you’ll find a single 32Mp front-facing camera. It’s great for selfie-taking and video calling, but it won’t be replacing the rear cameras any time soon. 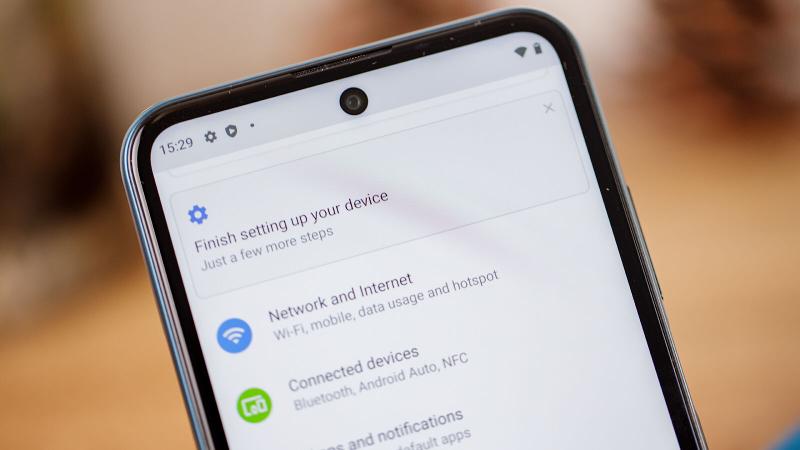 The Nokia X20 is available in two configurations – £299 with 6GB of RAM and £329 with 8GB of RAM – with the latter being exclusive to Nokia’s online store. Those in the US are seemingly out of luck though, with no plans to ship to the US right now.

Regardless of where it’s available, it’s Nokia’s cheapest 5G offering to date, although there are cheaper 5G smartphones available in 2021. The entry-level Nokia X20 is available from the likes of Amazon alongside most UK carriers while, as mentioned, the top-tier model is exclusive to Nokia.

If you do buy directly from Nokia, you’ll also get a 90-day 15GB data plan on Nokia’s new UK-based HMD Mobile network. However, despite the Nokia X20 offering 5G connectivity, Nokia’s network is limited to 4G for now.

You can also use your Nokia X20’s IMEI number to plant trees via a Nokia initiative. It’s a nice touch, but there’s nothing to indicate this on the box or included materials – it’s only mentioned on the Nokia website.

Nokia promises three years of software upgrades, security updates and an extended warranty to match with the X20, and you can even plant trees using the phone’s IMEI number, but for most people, that won’t make up for the lacklustre hardware hidden beneath the premium-looking exterior.

There are cheaper phones that offer brighter displays, better cameras, faster charging and a generally improved smartphone experience, and that makes it hard to recommend the Nokia X20 to anyone aside from the most dedicated stock Android fans.

The extended support Nokia is offering is a huge improvement compared to most manufacturers, don’t misunderstand us, but the hardware needs to be more competitive to get a recommendation.