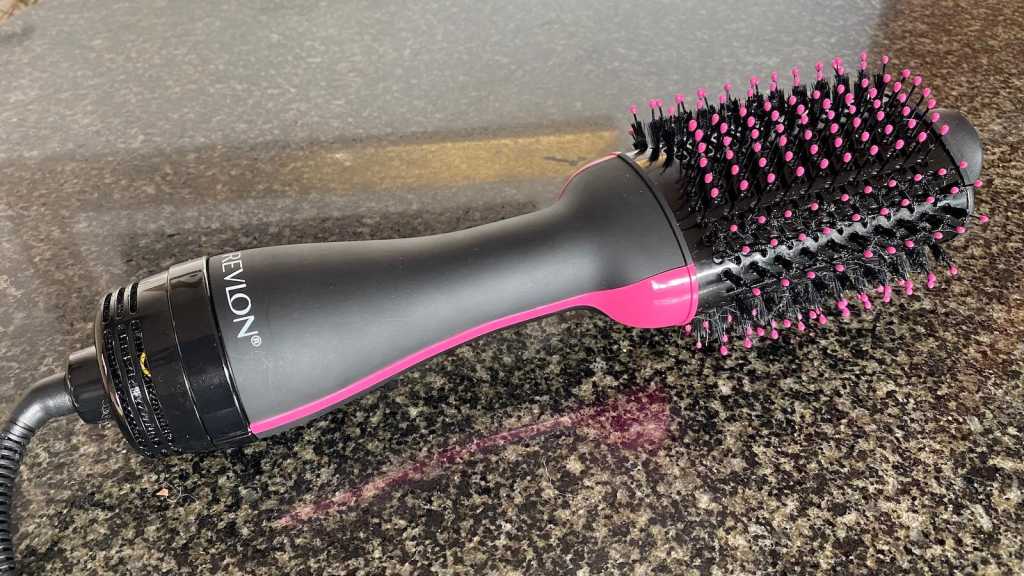 It dries, lifts, styles, straightens and – yes – it lives up to the hype. Still, how well you get on with it may depend on your hair type.

If you’ve ever left a hair salon with swingy, bouncy hair which you then miserably fail to replicate the next time you try to style it at home, the hype says that the One Step is the hair styling tool to buy.

And hype there is – the One Step, manufactured by Helen of Troy under the Revlon brand name – is a hugely popular product, with thousands of overwhelmingly positive customer reviews across retail websites.

But does it live up to its promise?

Revlon’s One Step is a combined brush and hairdryer in a black and pink-accented colourway that’s been imitated so often that you’ll find a forest of black and pink, barrel-shaped copycats on retail sites. If you’re buying, make sure you get the real deal.

It’s so much larger than a manual hairbrush that when you first unbox it, it appears almost comically oversized. The One Step is club-shaped, and in spite of its thick handle and lack of grip, it’s easy to hold onto.

The action end of the brush is vented between the rows of bristles, allowing hot air out in every direction. But it’s lighter than a hairdryer, weighing about 470g (approximately 1lb), so you can style your hair without getting an arm workout. It has a long, 2.5 metre cord which attaches with a 360 degree swivel setting.

It has an oval barrel with long, massaging, plastic-tipped bristles that, on its curved sides, are mixed in with shorter nylon and boar bristles to grip and shape your hair.

Boar hair is considered a luxury hairbrush component and is used for its ability to distribute the scalp’s natural oils along the shaft of the hair, for being anti-static and for being less prone to pulling and snagging your locks. But there are more animal-friendly alternatives.

I contacted the PR agency that represents Revlon to find out if the boar bristles are real or synthetic. Unfortunately, I didn’t get any information beyond what’s on the box: it has “tufted bristles that feature Boar Technology”. A close look at the bristles of the brush reveals, amid the nylon, some unevenly coloured, unevenly textured strands that, yes, do look like natural boar bristles.

So “boar technology” isn’t really technology. The bristles come – quite literally – from boars, meaning that this appliance isn’t cruelty-free. We therefore can’t recommend the Revlon One Step to vegans or other ethical beauty shoppers. It’s a shame because the boar bristles themselves make up such a small percentage of the bristles on the brush. We’d really like to see how well it works without them.

The Revlon One Step aims to take a step out of your hair styling process by combining drying and styling. Because it performs both functions at once, you’ll get a lot more volume into your hair, as well as a sleeker finish. If you’ve previously had to choose between straight but flat hair or bouncy but frizzy hair, this could be the product for you.

The One Step has a ceramic coating, which should help to prevent snagging. It also features an ionic jet, which fires negatively charged ions at hair. Water droplets are positively charged, so the negative ions break them up. The result should be a faster drying time, which should cut down on frizz.

As with all hair tools, it’s really hard to tell which – if any – of these features actually make a difference to your hair. In the end, the only question is: does it work? Does using the One Step make a real difference?

Much as I don’t like the atavistic pig hair involvement, I have to admit that the One Step really works. The oval barrel shape lifts hair at the same time that it smoothes it, giving much better styling than straighteners. It also proved to get the job done quickly.

However, your mileage may vary depending on your hair type. My hair is shoulder length and flyaway. A colleague with very long, thick hair had less success with it and was mystified by the rave reviews.

The One Step’s settings are basic: there’s cool, medium and high. I found the medium setting to be more than enough to dry and style. That’s good news because the high setting is very hot and uncomfortable on the scalp. 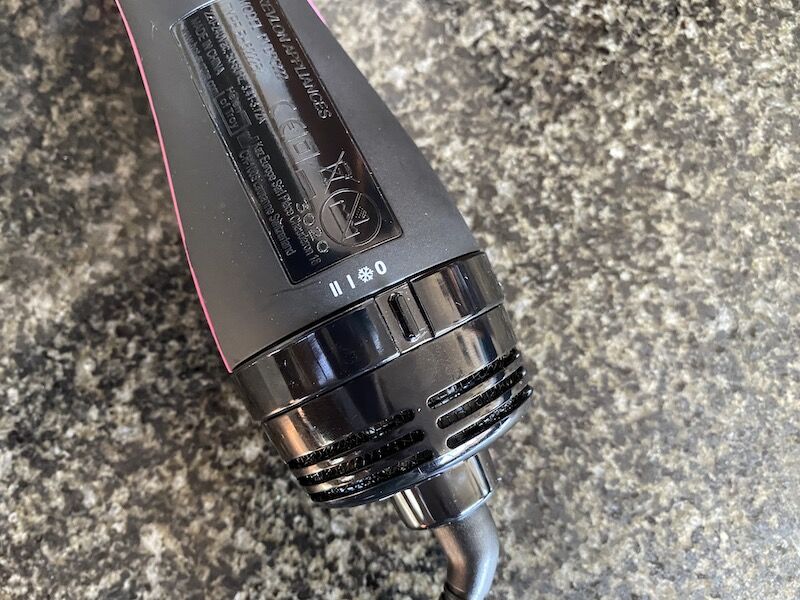 Ordinarily, I can’t use a barrel shaped brush, as it just gets hopelessly tangled in my hair and I have to unwind it, thus destroying any styling that might have happened in the first phase. But for whatever reason, the One Step doesn’t tangle, so I’m able to wrap my hair around the barrel to shape its length and curl its ends.

But there’s a potential downside to using the One Step regularly. Wet hair breaks more easily than dry hair and the One Step is essentially a device for pulling damp hair taut and then subjecting it to heat. That is a perfect way to damage hair. Experts say thay you should dry your hair as much as possible before using it, which seems to negate the one-step aspect of the device, but there you go.

All of that probably means that you shouldn’t use it too often. But now that I’ve discovered it and the very real difference it makes to styling my hair, I will find it almost impossible not to pick it up when getting ready. Still, because its results are so good, I won’t have to style it as often. That is certainly what I’ll be telling myself, at least.

The Revlon One Step is an iconic product for one reason: it really works. While we’d caution buyers not to over-use it and wish that Helen of Troy would make a vegan-friendly version, this is a brilliant styling product that, depending on your hair type, could revolutionise home hair styling.