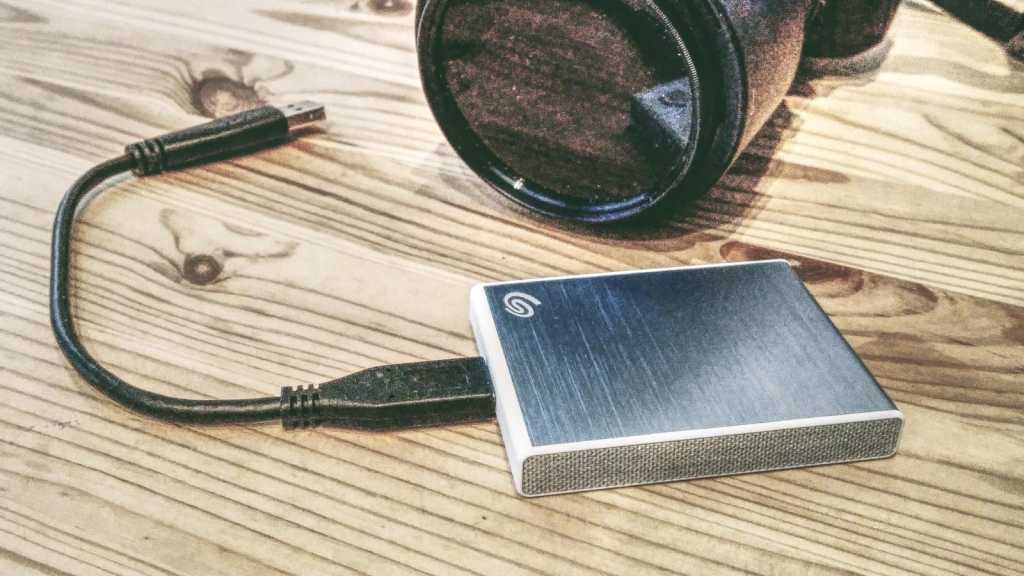 Smaller and substantially faster, the new One Touch SDD has everything a user needs to sync files from their central system and easily transport the data elsewhere.

Not long ago, Samsung released a portable SSD range called the T7 Touch. The ‘touch’ in that particular line was a reference to the integrated fingerprint security sensor that allowed the contents stored on it to be secured biometrically.

And, to pour more gasoline on this branding bonfire, Seagate launched a previous One Touch (STJE) back in 2019, reviewed here by me, that had only a USB 3.0 interface (USB 3.1 Gen 1) and not the USB 3.2 Gen 2 interface of the new product.

Those points aside, the new One Touch SSD is entering an arena occupied by some particularly good and affordable portable SSDs available, like the Crucial X8.

Does it have the performance, looks and merits to cut a slice of this lucrative sector, or is it heading to the bargain bin?

What is difficult to gauge in the official photos of the new One Touch SSD is that it is much smaller than most customers are likely to expect. The original design was diminutive, and this is even smaller.

At just 70mm long and 50mm wide, that’s much smaller than a 2.5in drive and only a little bigger than an mSATA module. And, at less than 80g including cables, it’s also remarkably lightweight and therefore easy to pocket. 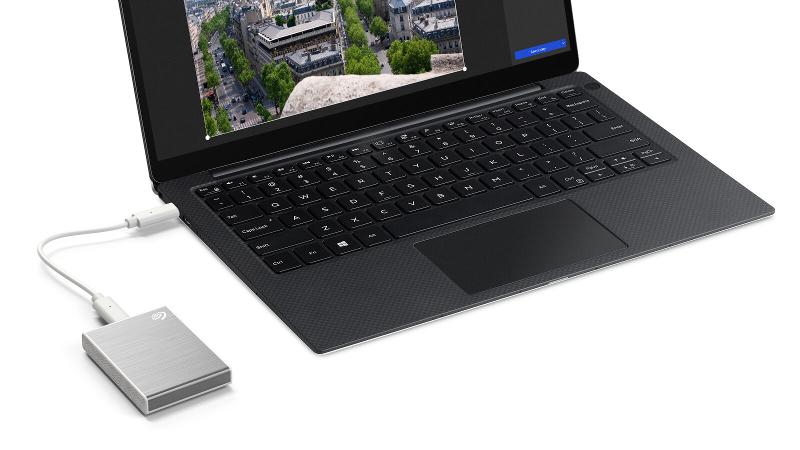 Construction is mostly plastic, with a fabric finish on the sides and an aluminium cover on the top. Given the low weight of the One Touch SSD, I suspect that the metal top panel is remarkably thin, even it might offer some additional protection from accidental abuse.

Out of the box, it comes with two USB cables that cover both USB-C and USB-A. connections. The port on the drive is USB-C.

I was immediately struck by how short these cables are, although it’s not uncommon. If you exclude the bayonet holding portions, the cable in between is just 14cm long. While that’s fine for using the drive with a laptop, those connecting to the rear port on a desktop computer will find this limited length unhelpful.

The only other physical feature of note is a small activity LED on the side with the USB-C port, which isn’t the best place to be easily seen. It also comes in three colours; black, silver and blue.

It is also worth noting for prospective buyers that you may want to retain the box, as Seagate doesn’t provide any pouch for the drive and accompanying cables. I’m sure that once these become commonplace, and they will, some excellent third-party cases will appear to address this shortcoming.

The One Touch SSD comes in almost de facto capacities of 500GB, 1TB and 2TB, and the review hardware we tested contained 1TB of flash storage.

Since the makers want the flexibility of changing suppliers based purely on cost, exactly what NAND modules and controller that the drive uses aren’t documented by Seagate. But it would be reasonable to assume that it uses the same technology that is in the Seagate Barracuda NVMe drives, overspecified for the requirements of this USB connected technology.

While the drive will work with older USB 3.0 ports, it was designed for the latest USB 3.2 interfaces in both USB-A and USB-C flavours. 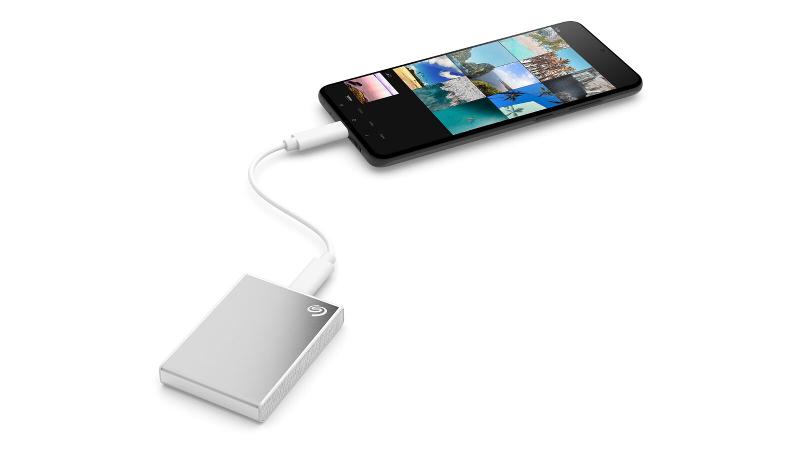 The drive comes pre-formatted in the exFAT file structure, enabling it to work with most modern Windows PCs, Apple Mac and even Android phones without the need for a reformat. On the drive is hardware registration tools for Windows and Mac OS (but not Linux), although you can delete these and make more capacity available if you like.

What’s missing is any hardware encryption options, although it is possible to use any folder encrypting software on this device for additional security. Consider the Samsung T7 Touch (also USB 3.2 Gen 2) if you want biometric encryption.

With this feature set, the Seagate One Touch SDD is meant to be a remarkably straightforward solution that only requires the user to be able to connect it using USB and understand how drive letters and folder structures work.

The original One Touch SSD came with a free application called Sync Plus (1.5.02), and Seagate has retained this free software in a downloadable toolkit that you can get when you register the product.

A mechanism to find the registering web locations is included on the drive, making the process remarkably straightforward. Once you’ve downloaded and installed the Toolkit, you can create rules for copying local folders to the external drive dynamically. There is some control of the sync possible, enabling full bi-directional operation, or locally deleted files can be retained on the external drive.

This is the one feature that all external drive owners need the most, and Seagate deserves credit for creating an effective solution and including it in the price of the One Touch. Note that Sync Plus only works with Seagate external drives.

There’s also an app for Android but you’ll need a phone or tablet with USB-C to plug the drive in. 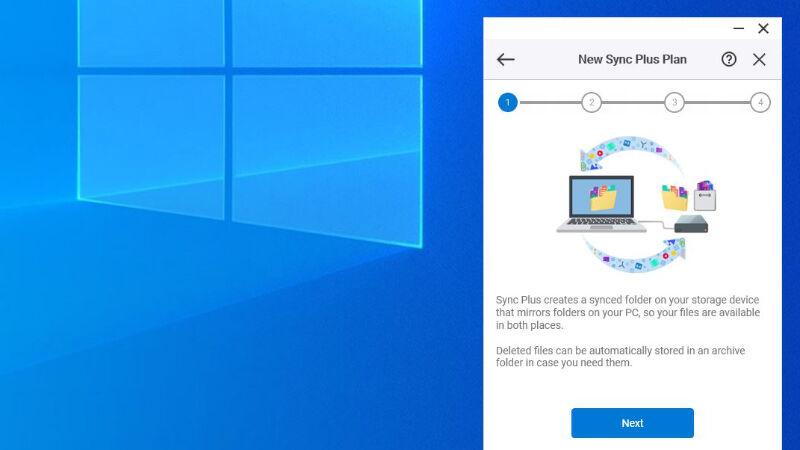 Along with Sync Plus, Seagate promotes Adobe Mylio, a photo organisation and distribution service that was once free, and now has a Premium paid option, by including a one-year subscription. And, you can also get an introductory four-month Adobe Creative Cloud Photography plan, double the period that the previous One Touch bundle had.

While either of these lures might be helpful for those that always intended to use these services, for those that have no intention to enhance Adobe already substantial coffers, they’re of little value. Registration also appears to generate many follow-up emails from Mylio, more than I consider reasonable.

While being cute and highly portable, these aspects would be largely moot if the insides don’t perform well, so let’s explore that aspect of the One Touch SSD.

Looking back at its predecessor, the best the first generation One Touch SSD drives could manage was read speeds around 412MB/s and writes of around 402MB/s.

This performance level was primarily due to the limited bandwidth of the USB 3.1 Gen 1 interface coupled with an SSD using repurposed SATA SSD technology.

The new One Touch uses NVMe drive technology and a USB 3.2 Gen 2 interface with double the theoretical bandwidth. This enhancement makes it is more than double the speed of its predecessor.

The critical detail here is that it can achieve these speeds if you plug it into a Gen 2 port, but it will be less if you use an old USB 3.0 port (now called USB 3.1 Gen 1).

My tests connecting the new drive into an old USB 3.0 port returned read speeds of 456MB/s and writes of 459MB/s. Better than its predecessor, but hardly a massive improvement. 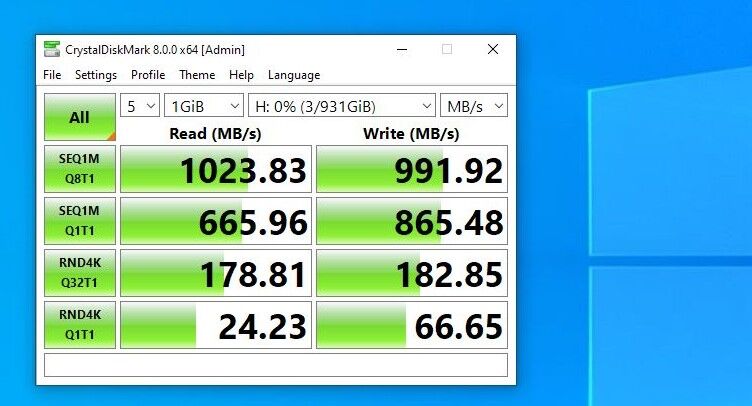 However, connecting to a USB 3.2 Gen 2 connection revealed a much more impressive 1,023MB/s reads and 991MB/s writes. Those scores are close to the 1,200MB/s theoretical limited for USB 3.2 Gen 2 and as quick as the better external SSDs we’ve recently seen at Tech Advisor.

In sustained ‘real world’ tests where writing continues until the onboard cache is exhausted, performance dropped to 864MB/s. That’s highly respectable and better than some NVMe M.2 SSDs I’ve benched.

Overall, the performance of the new One Touch SSD is strikingly superior to that achieved by the old one.

If you don’t need the enhanced performance of the new drive, the older STJE1000400 can be sourced for less cash, with the 1TB model being around £113/ US$127.99 from many online retailers.

Check our best portable hard drive & SSD chart for more options if you’re not quite sure. 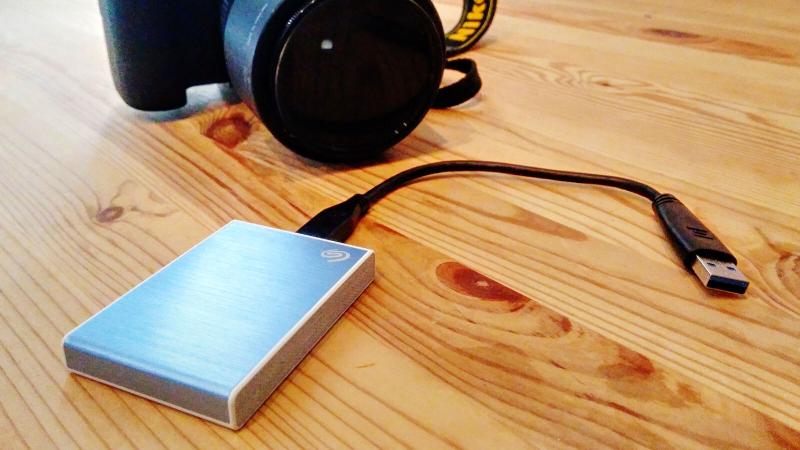 Given the staggeringly small improvements we’ve seen across recent CPU and GPU generations, it’s refreshing to see such a substantial performance boost on a product line as the Seagate One Touch SSD has experienced.

The win-win of this launch is that you can either have the latest and quickest One Touch SSD for a reasonable price or pick up the older version for a song while stock still exists.

Compared to other USB 3.2 Gen 2 drives, the new One Touch SSD is attractively priced, performs well and is highly transportable. My only reservation is that compared to the Crucial X8, it won’t handle the same level of casual abuse even if it is far from fragile.

By not placing the delicate electronics inside a thick metal tube, Seagate made a drive that is incredibly light and pocketable. And, with the free Sync Plus software, you have the tools to make it copy away important files without having to make explicit file transfers.

Overall, like the previous Seagate One Touch, the new device has more than enough strong points to make it a popular choice. I only wish that Seagate had included a small carry case to keep the drive and its cables together.