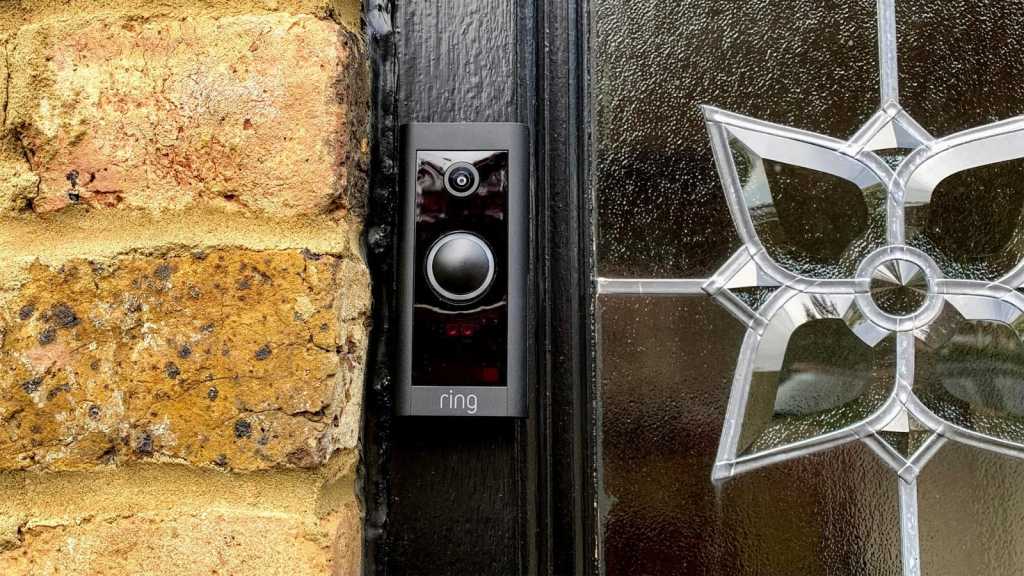 At this price, Ring’s new wired doorbell is hard to beat. You’ll want to subscribe to Ring Protect to get all the features but there’s almost no reason to spend more on a smart doorbell now.

Ring pretty much invented smart doorbells so it’s no wonder they’re a popular choice. The range is – if anything – almost too large, with seven models to choose between including this latest one, the Ring Video Doorbell Wired.

What’s interesting about it, and no doubt why you’re reading this right now, is the price. At just £49 / $59 it’s by far the cheapest yet, and almost half the price of the next cheapest, the older second-gen Video Doorbell.

And yet, there are very few drawbacks: you get a lot of the features of the Pro in a more compact unit that’s easier to install on narrower doorframes.

If this will be your first smart doorbell, you’ll appreciate the well designed Ring app and the fact that you’ll always know if someone is at your front door even if you’re not at home.

Because it’s not battery powered, you will need a way of supplying that power. But even if your existing doorbell doesn’t run on mains power, you can buy an inexpensive mains adapter and plug it into a socket somewhere near your front door.

Also make sure you had a good Wi-Fi signal at your front door, otherwise no smart doorbell will work.

At 101 x 46 x 22mm (3.9 x 1.8 x 0.8in) the Wired is considerably smaller than the Pro. It looks more like a traditional doorbell, and the convex button means it’s obvious where to press – something the designers of certain other smart doorbells appear to have forgotten about.

When pressed, the speaker plays the familiar Ring chime and the LED ring lights up so the caller knows it’s working. The camera – which has a 155° field of view – is above the button and there’s also a microphone so you can hear what’s happening, and talk to the caller from the app or an Amazon Echo device.

Although it’s black, which may not suit the colour of your door, faceplates come in 16 colours (costing £13.99 / $14.99) so only the centre portion will remain black. The range is as follows:

Including only one bezel in the box helps to keep the cost down, as does not including a wedge to angle the device, but you’ll be able to buy one separately if you need it.

If you already have a suitable power supply at your door, installing the Ring Doorbell Wired should take about 20 minutes. Screws and wall plugs are included in the box: you just need to supply a screwdriver and, if needed, a drill to make holes in your wall or doorframe.

As mentioned, you’ll need a power supply if you don’t have power going to your existing doorbell. Ring provides one with the Pro model (and sells it separately for £20 in the UK and $25 in the US), but any power supply that delivers 8-24V will do in the UK. In the US, you’ll need a minimum of 10VAC. I used an 18V power supply, previously installed for a Nest Hello, which worked fine with the Ring.

If you do have an existing powered doorbell with a chime, the Ring Video Doorbell Wired will not work with it. You can buy a Chime unit from Ring for £29 / $29.99 but if you have an Amazon Echo, that will work as a Chime and alert you when someone presses the doorbell.

Better still, if you have an Echo Show, Fire TV or Fire Tablet you can see the video feed and can talk to whomever is at the door.

You might expect to sacrifice quality at this price, but video is actually rather good. It’s not HDR and it’s only 1080p, but in daylight that’s all you need to see what’s going on at your door and identify who’s there. 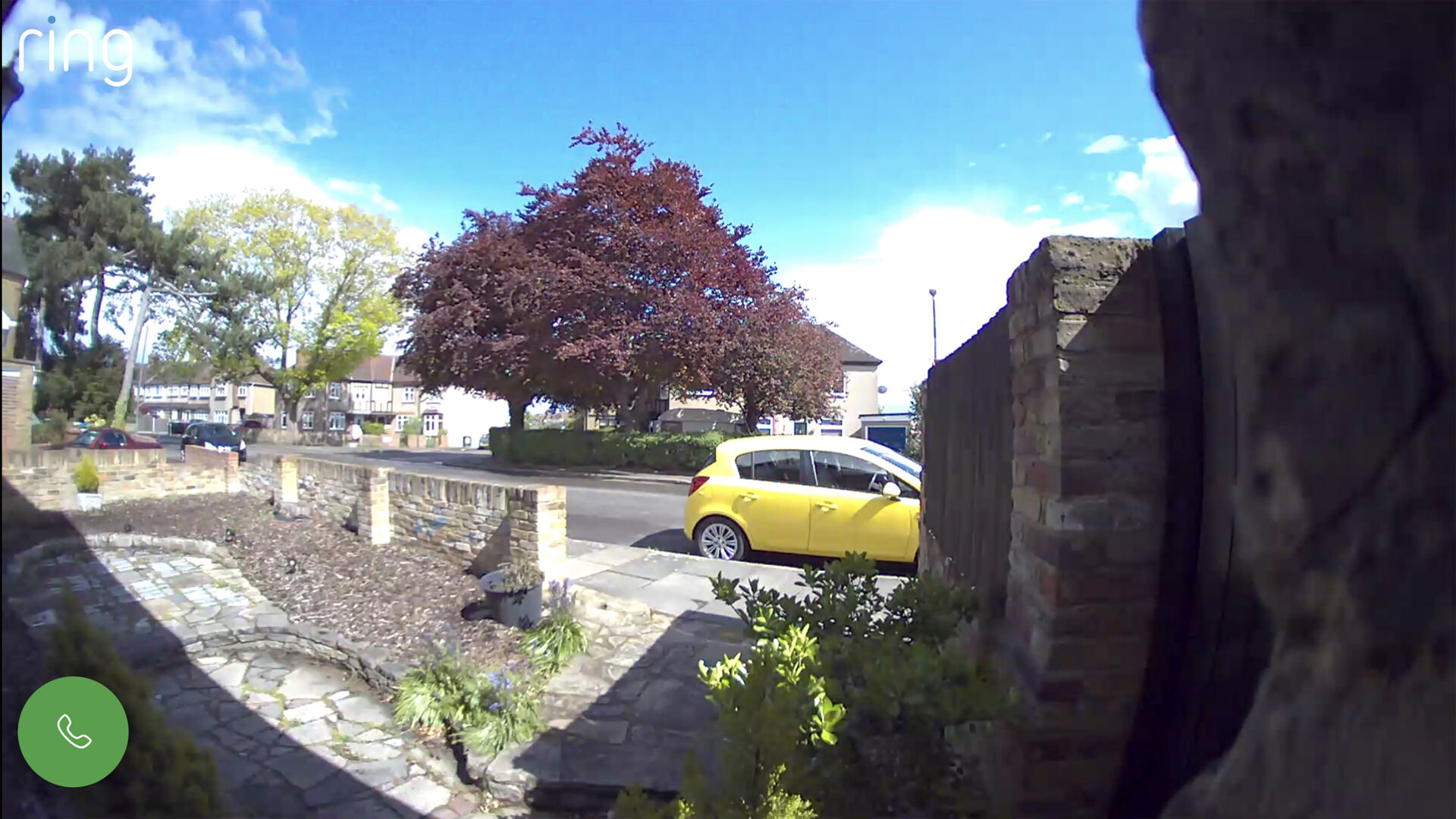 Quality will vary depending upon where the camera is pointing. If directly into the sun, it can make faces appear quite dark, but not so much that you can’t tell who it is. Audio isn’t bad: it’s a little frustrating that the mic cuts out while the chime plays after the button is pressed, but other than that, you can usually hear what’s being said.

At night quality reduces markedly, with a loss of detail compared to daytime. But that’s a problem with every camera, including expensive video doorbells. 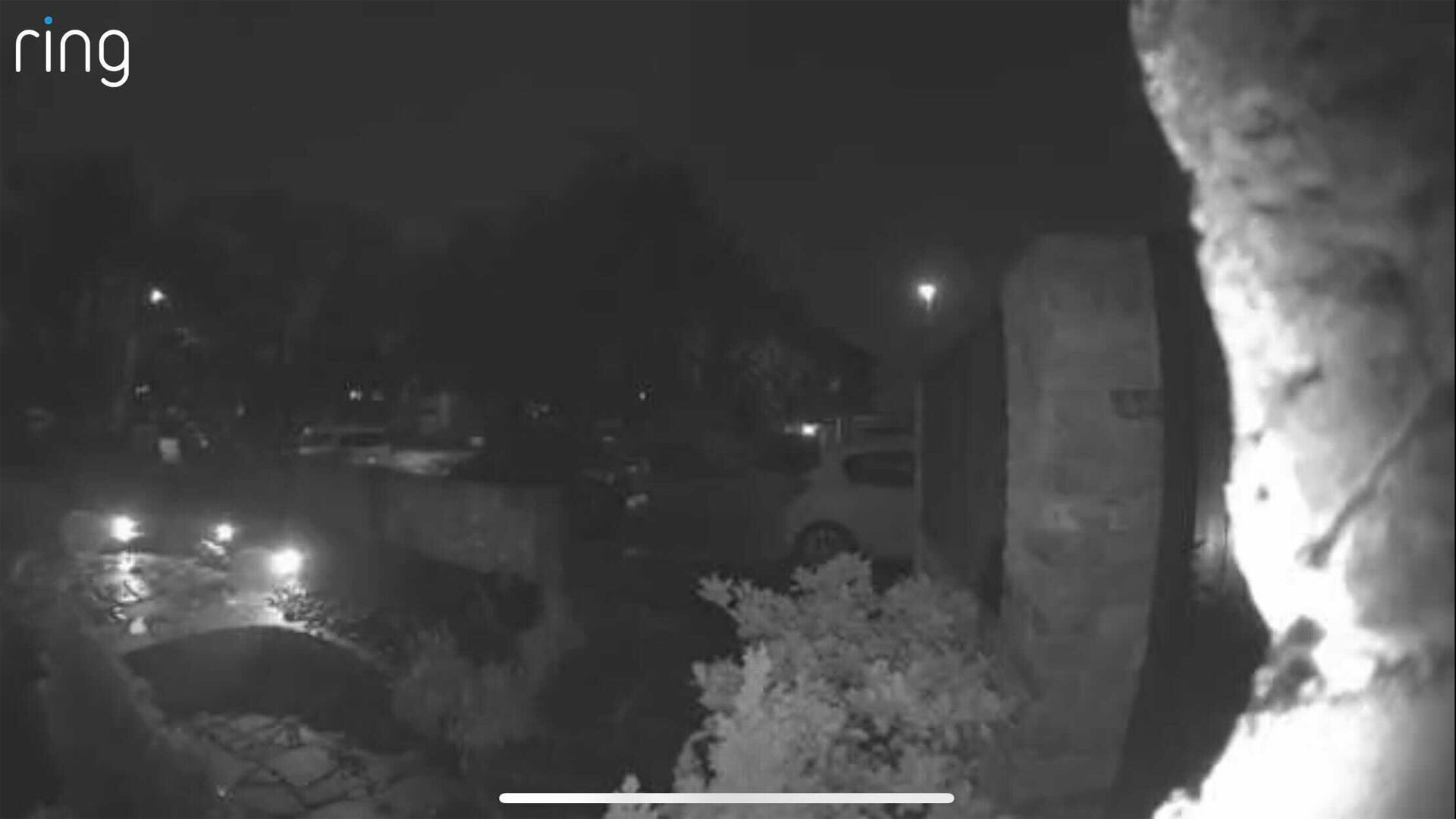 Ring may have launched the Video Doorbell Wired to compete with some of the cheapest video doorbells out there, but whether that’s the case or not, those usually disappoint because of their poor apps.

That’s not the case with Ring, which has one of the best apps out there. It’s well designed and easy to use. It’s also used for Ring’s other products such as alarm systems, hence the Home, Away and Armed modes (which don’t really apply to doorbells) but even if the Ring Video Doorbell Wired is the only device you have, it still works well. 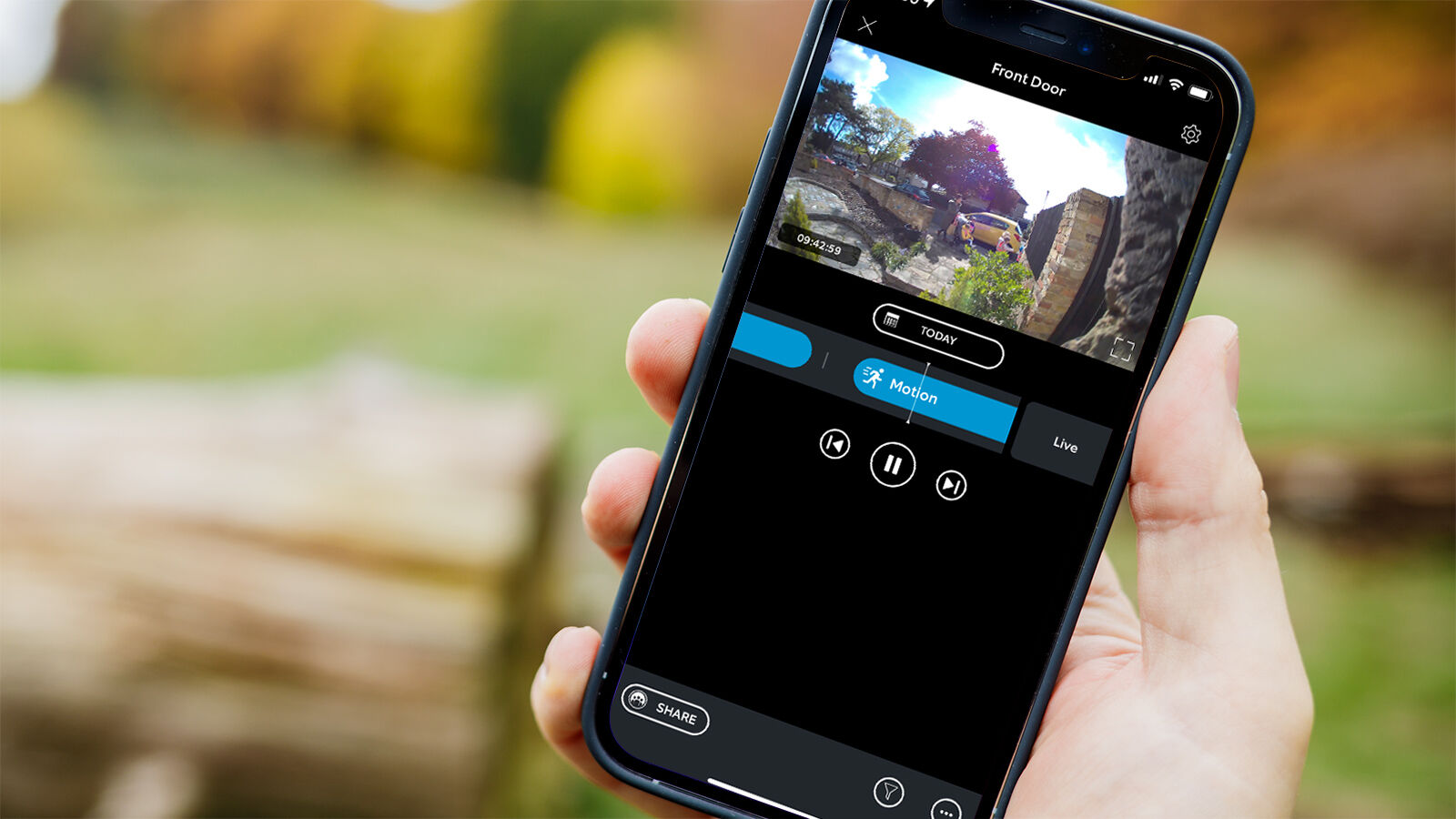 The dashboard shows these modes and all your Ring devices. Tap on the thumbnail for the Wired doorbell and you’ll see a scrollable timeline of events with coloured bars representing different event types, such as Motion, Live View and Answered Ring.

There’s also a prominent ‘Today’ button that allows you to jump back to a particular date and quickly see what happened without scrolling for ages back through the timeline.

You can choose in settings whether to show the most recent event or the live feed from the camera on the main screen. Unlike older Ring doorbells which used a strange radar-like motion detection system, the Wired model lets you set motion zones to monitor specific areas in the frame. Plus, they don’t have to be rectangles: you can adjust the points to monitor only the area(s) you want, so that you can exclude roads and pavements. Otherwise, for cameras pointing at busy roads, you’ll receive notifications of motion almost constantly. 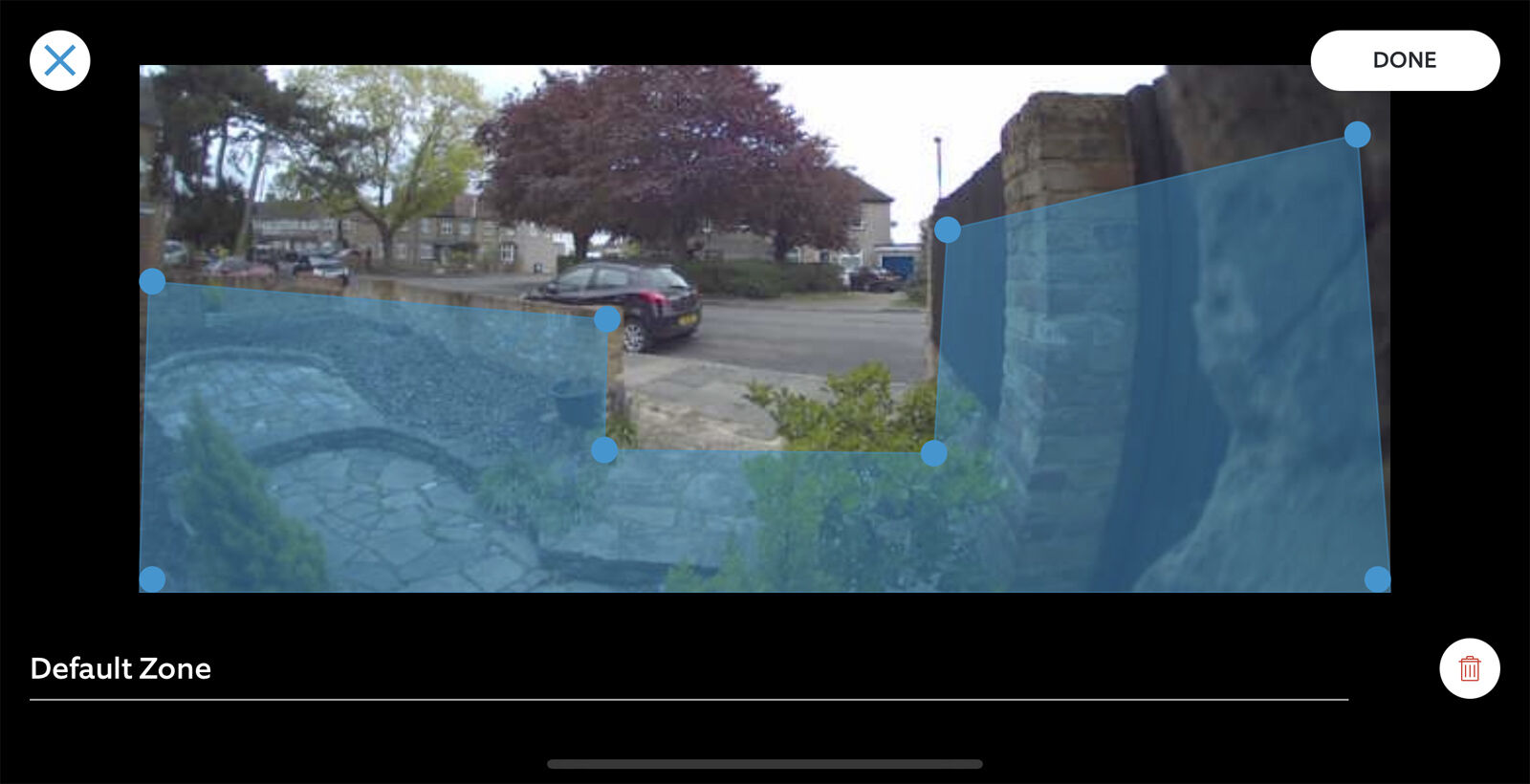 While there’s no face recognition that you get with Nest Hello, the Ring Video Doorbell Wired can recognise people and – if you choose – only send notifications when a person is detected, not general motion.

I found there were few false motion notifications once the motion zone was set up appropriately. I was also impressed with the speed that notifications arrived on my phone, just a second or two after detection.

For this and other features – including rich notifications, recording and sharing video clips – you’ll need to pay for a Ring Protect subscription, . That’s standard practice for most smart doorbells and it’s not too expensive. 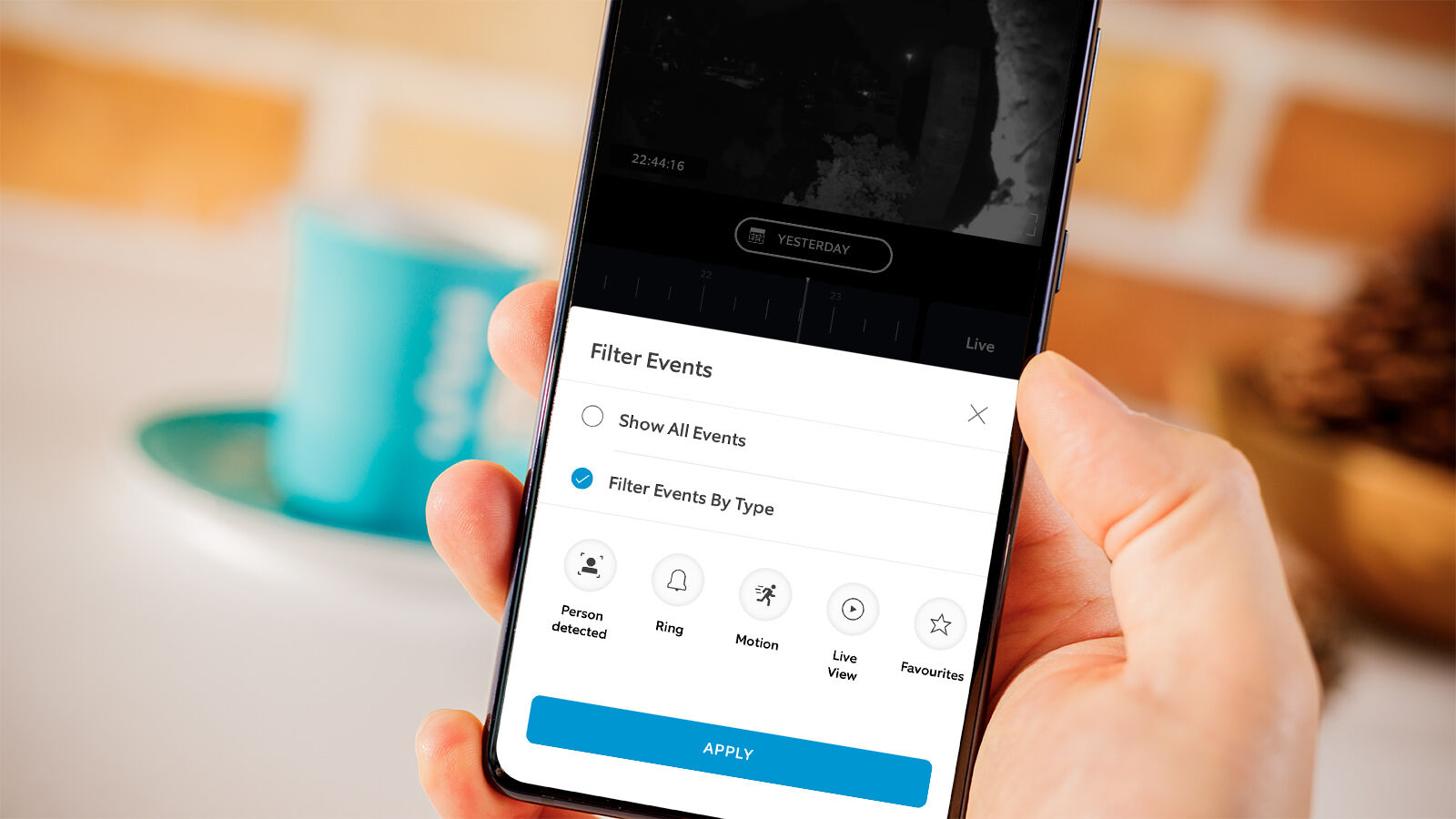 The app also lets you choose how long recorded clips last and there’s also a snapshot feature which can capture images at regular intervals so you can see timelapse photos of what happened throughout each day even when motion wasn’t detected.

This is in lieu of a continuous recording option, which Ring still doesn’t offer. To be fair, though, with Snapshot Capture set to 30 seconds (rather than the default of 3 minutes) it’s a lot like continuous. Plus, in a few weeks of testing, it didn’t miss any events I wanted to go back and see. 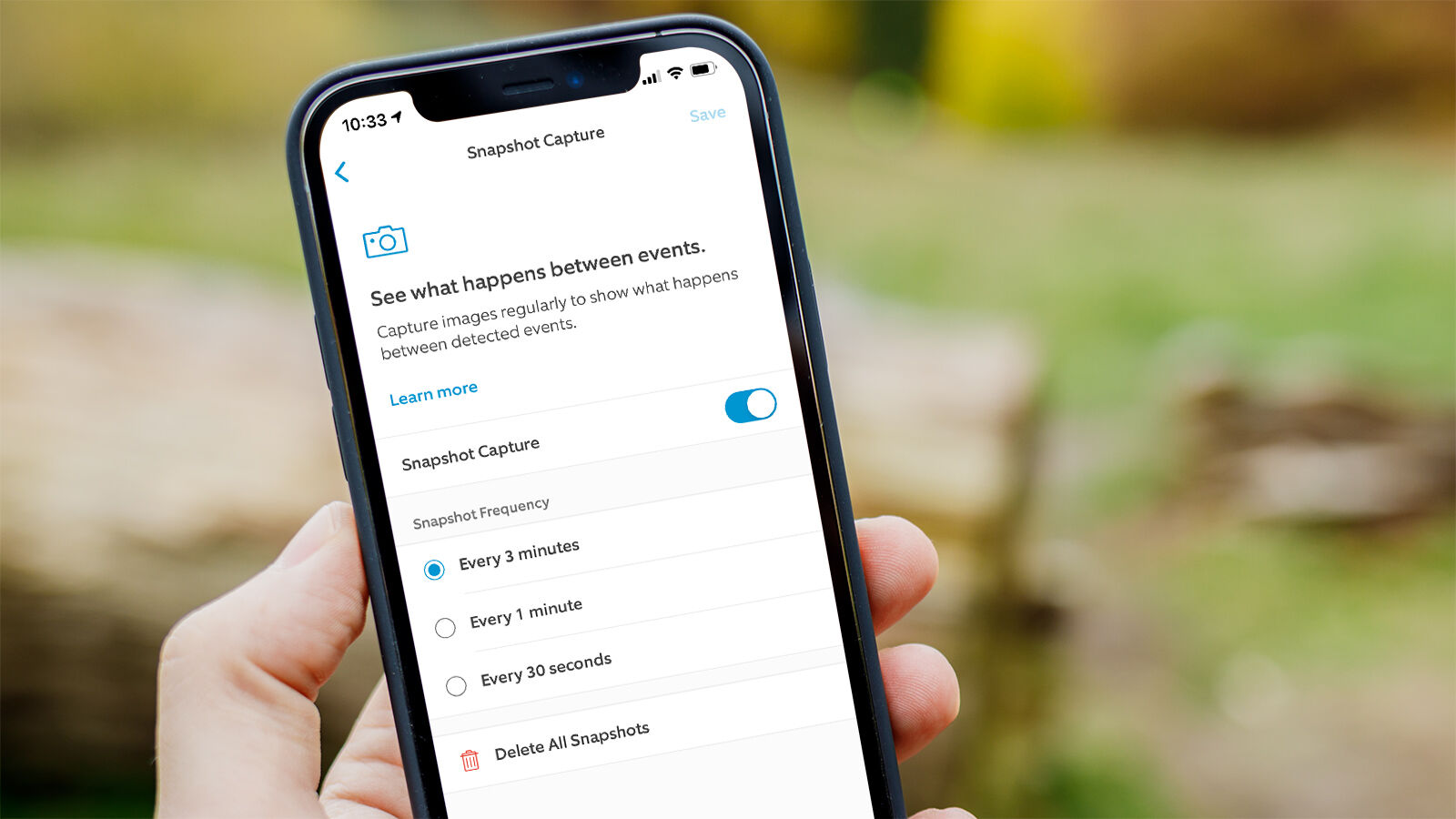 If you need to, you can also check the live stream and review recorded video clips in a web browser on Ring’s website. 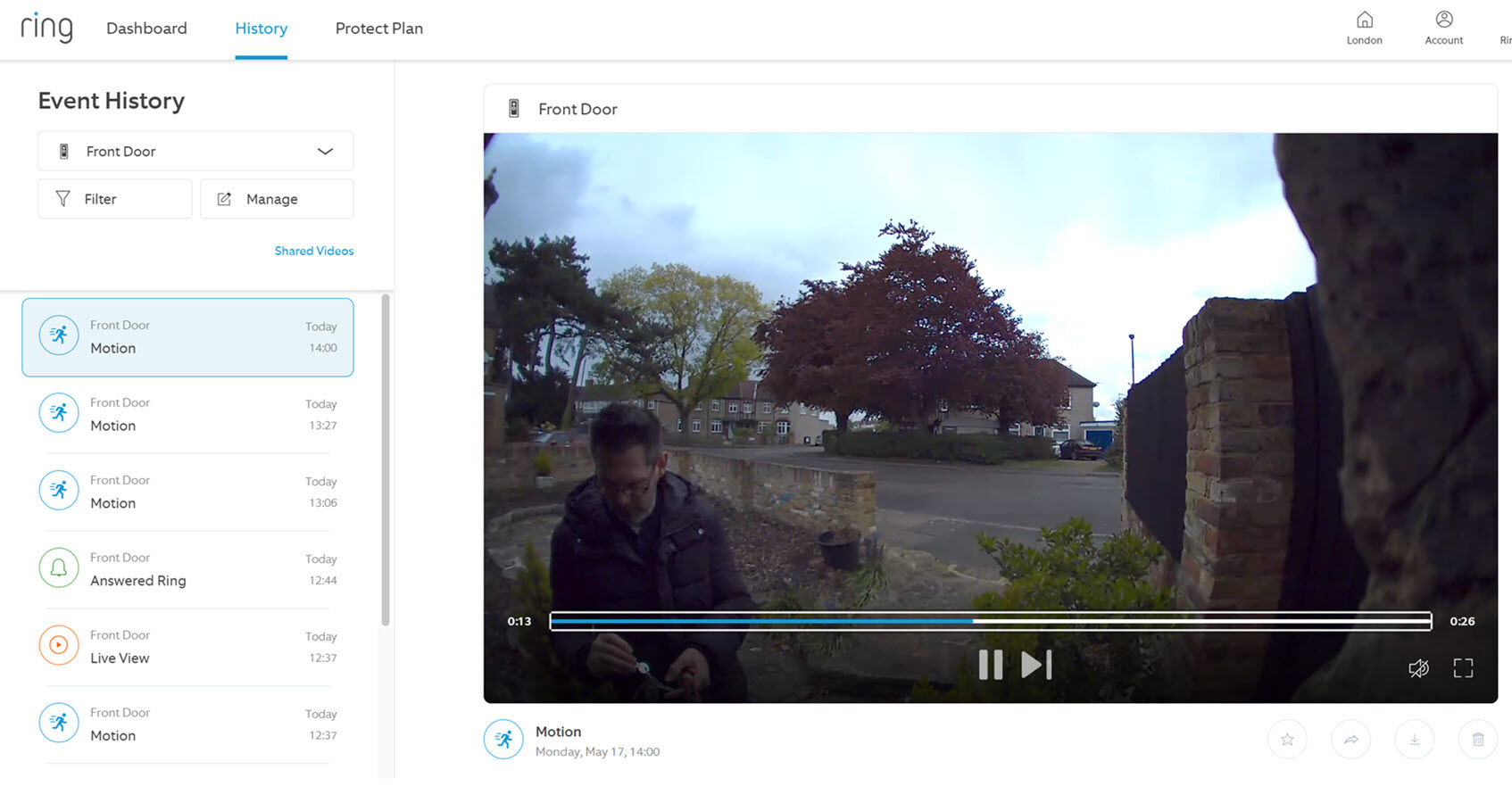 The Video Doorbell Wired costs £49 / $59 and you can buy one direct from Ring, from Amazon and other retailers.

However, you’re likely to need more than what’s provided in the box.

For a start, you’ll want some way to hear the doorbell when you’re at home, and not rely solely on notifications from your phone. You could buy a Ring Chime or Chime Pro or go for an Amazon Echo or Echo Show. If you already have one, then that’ll certainly save money, but for those who don’t, budget for one of those.

Amazon is bundling a Chime with the doorbell for a small saving, too.

Again, if you don’t have a power supply, budget for that as well.

Finally, budget for the Ring Protect subscription because, without that, you’ll get simple notifications when someone presses the doorbell, and be able to see the live view and talk to them, but that’s it. If you want rich notifications such as the one shown below, you’ll need Protect. 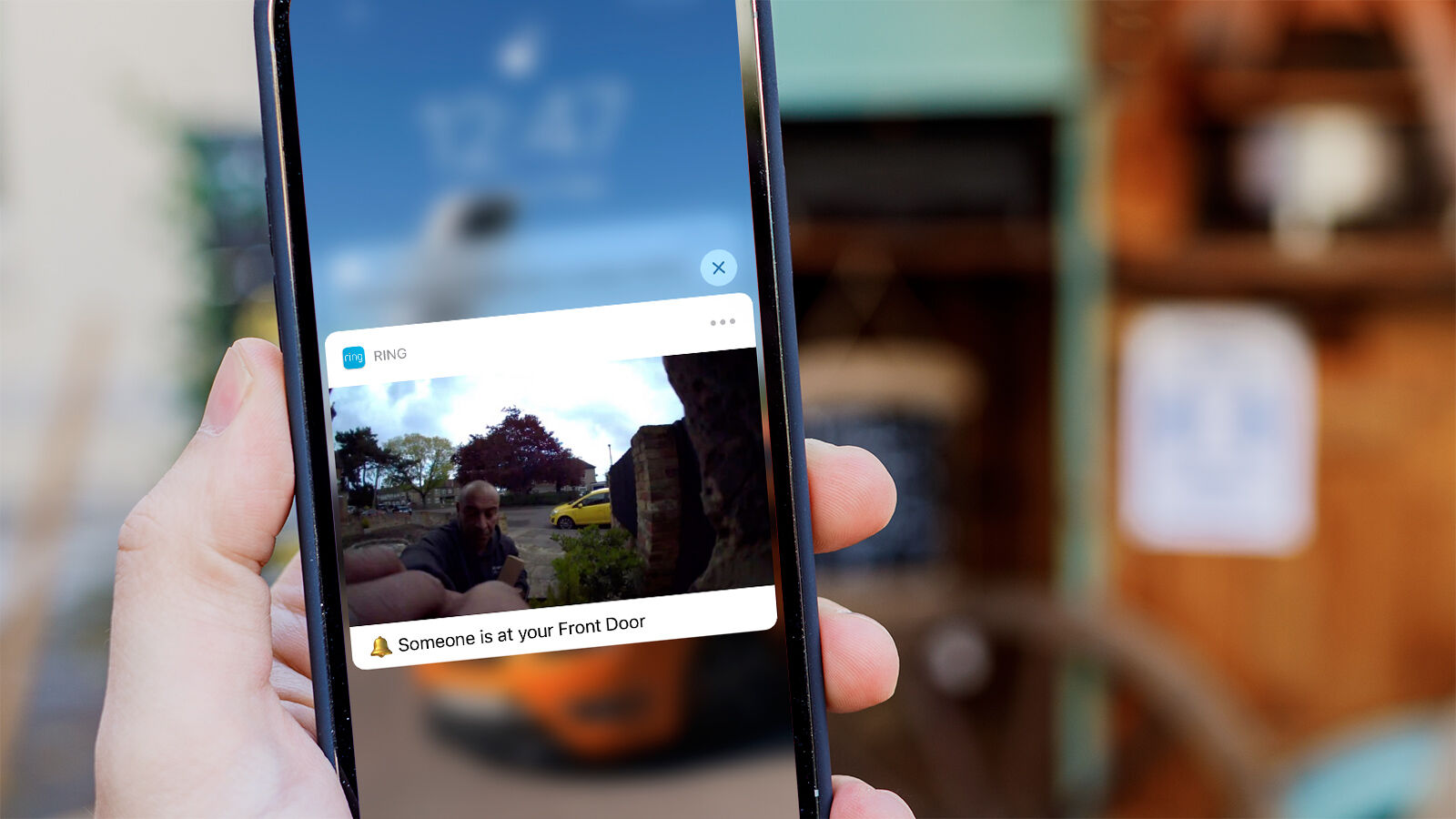 The subscription costs £2.50 per month or £24.99 per year, but if you have multiple Ring cameras, you can go for Protect Plus which covers unlimited devices for £8 per month / £80 per year.

For alternatives, see our roundup of the best smart doorbells.

While some might see the drawbacks of the Ring Video Doorbell Wired as negatives, others will see them as benefits. Why pay extra for stuff you don’t need?

If you already have an Amazon Echo and the wiring necessary for Ring’s cheapest doorbell, the only extra cost is a Protect subscription. And even that’s only really a necessity if you also want to use it as an outdoor security camera.

One final thought, too: if you’re tempted by a similarly priced doorbell from an unknown brand which doesn’t require a subscription, consider the privacy credentials offered by that company. Chances are, it won’t match up to Ring’s, which includes two-factor authentication and – soon – end-to-end encryption, which adds to the fact that videos are already encrypted in transit and on Ring’s servers.

Plus, Ring will replace the doorbell once if it’s stolen. And not many manufacturers will do that.