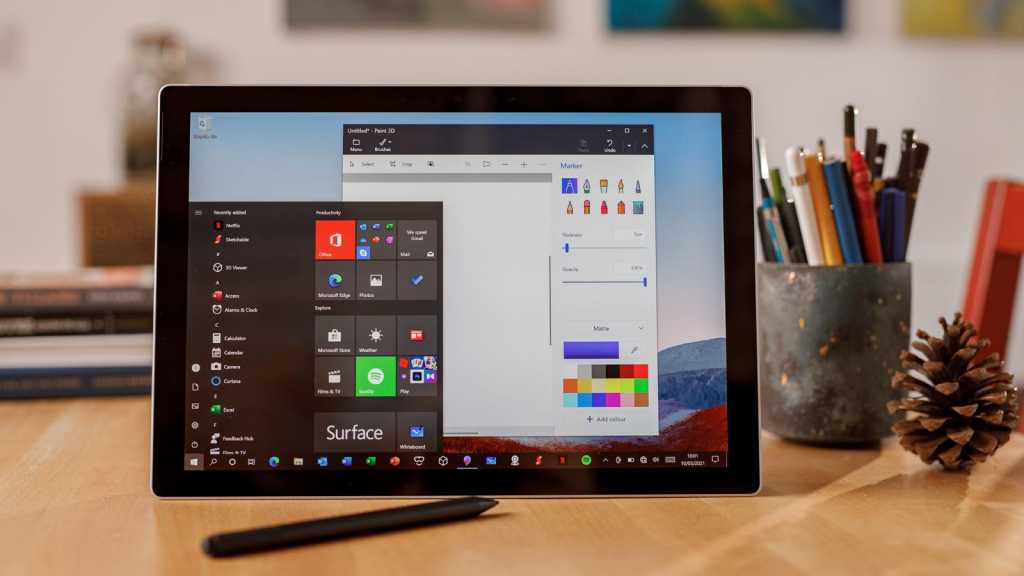 The Surface Pro 7+’s minor upgrades make it the best Microsoft tablet to date. But the changes aren’t enough to justify the price rises, and with the keyboard, it becomes very expensive unless you opt for an entry-level model.

For the first year since its original unveiling, 2020 saw no new regular Surface Pro launch. Microsoft used its usual October slot to announce a second generation of the ARM-based Surface Pro X, while the pint-sized Surface Go 2 arrived earlier in the year.

However, Microsoft didn’t waste any time once 2021 arrived. The company launched the new Surface Pro 7+ just 11 days into the new year. It’s designed with business and education in mind, but it’s relatively easy to get your hands on one if you’re determined to buy it as a consumer.

The upgrades are relatively minor, which is likely why the 7+ isn’t really for home users. But whether you’re buying for work use or home use, is this a good choice or should you just wait until the Surface Pro 8 comes out? Read on to find out.

The design of the Pro 7+ is instantly familiar if you’ve used any recent Surface Pro. Microsoft continues to opt for a sleek, minimalist aesthetic for its 2-in-1s, as well as the same colour options as before. The Platinum model I tested looks a lot like the last four generations of Surface Pro, although the Matte Black option helps it stand out slightly more. 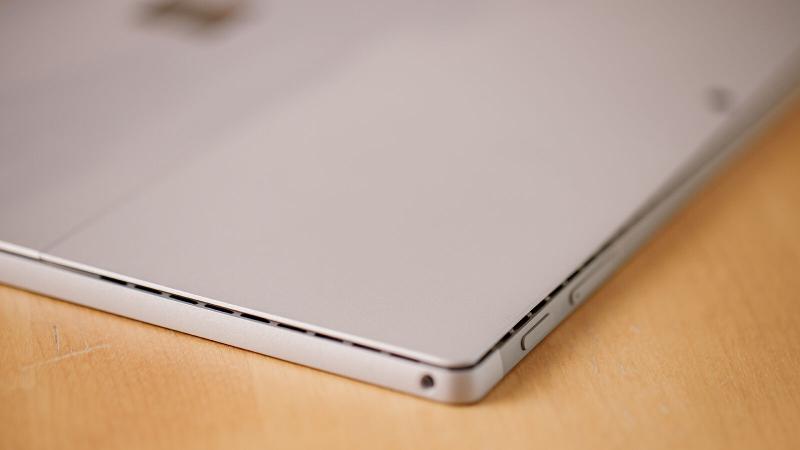 That consistent design does mean you’ll still have to contend with some sizeable bezels. This was perfectly acceptable back in 2014, but it’s almost unforgivable on a flagship 2021 device – for consumers, that is.

It’s worth reiterating that the Pro 7+ is exclusively available for business and education customers, where razor-thin bezels are in no way a priority. Practicality and versatility are much more important in these sectors, where the tried-and-trusted design of the Surface Pro has an enduring appeal.

Those bezels are where you’ll find the same 5Mp front-facing camera as the Pro 7, which supports Windows Hello face unlock. It’s also capable of 1080p video, something that’s become much more valuable in the work from home era, and video quality is impressive.

The 12.3in ‘PixelSense’ touchscreen display is also unchanged, complete with Microsoft’s unusual 2736×1824 resolution and a 3:2 aspect ratio. On a display of this size, a higher resolution feels unnecessary, although it would be nice to see Microsoft introduce higher refresh rates or OLED. 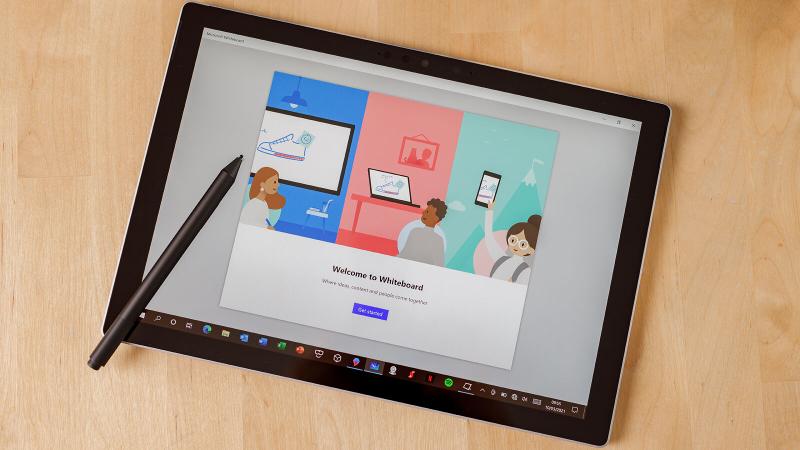 Nonetheless, the display still holds up well in 2021, years after it was first introduced. Colours are accurate (the display covered 93% of the sRGB colour gamut in testing) and it offers an excellent level of detail, while the 412 nits recorded at max brightness means it’s excellent indoors and you might even get away with using it outside in the shade.

The minimalist theme continues the back of the device, with the sleek silver finish punctured only by a Windows logo and 8Mp rear camera. Shots from this lens were usable for reference purposes, but it really struggled in any sub-par lighting conditions. This is typical of laptop cameras – there’s no need for them to rival your smartphone.

There is still a built-in kickstand for hands-free use, although lifting this reveals one of the key upgrades – a removable SSD. Microsoft has included this in business-focused devices before, but it could be valuable to consumers too. 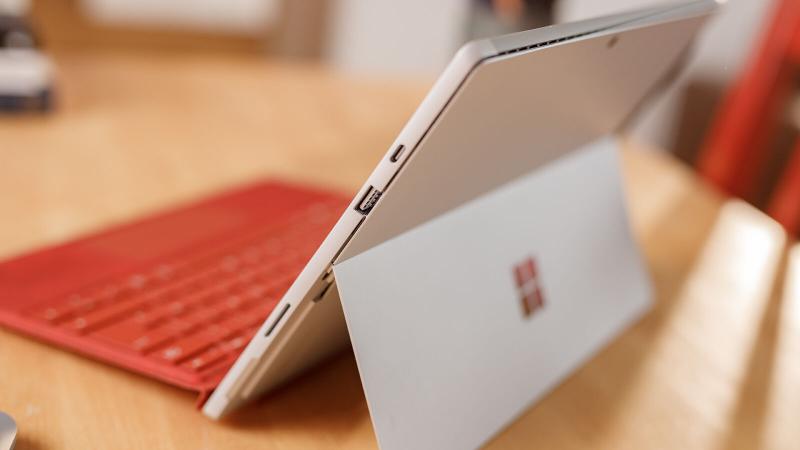 By modern tablet standards, the Pro 7+ also retains a healthy port selection. On offer here is one USB-C, one USB-A, 3.5mm headphone jack and Surface Connect for charging. I really wish Microsoft would move to USB-C as a power source, although that was never likely to make its debut here.

The Surface Pro 7+ is a regular tablet on its own, but it’s the accessories that make it a true mobile PC. A near-indispensable add-on is the Type Cover, although Microsoft still sells this as an optional extra.

This is where you can add a splash of colour, with options for Platinum, Ice Blue and Poppy Red. The Signature version Microsoft sent for review had a premium Alcantara finish, making for an enjoyable typing experience. The backlit keys offer an impressive amount of travel and are satisfyingly clicky, although the small trackpad makes traditional navigation difficult. 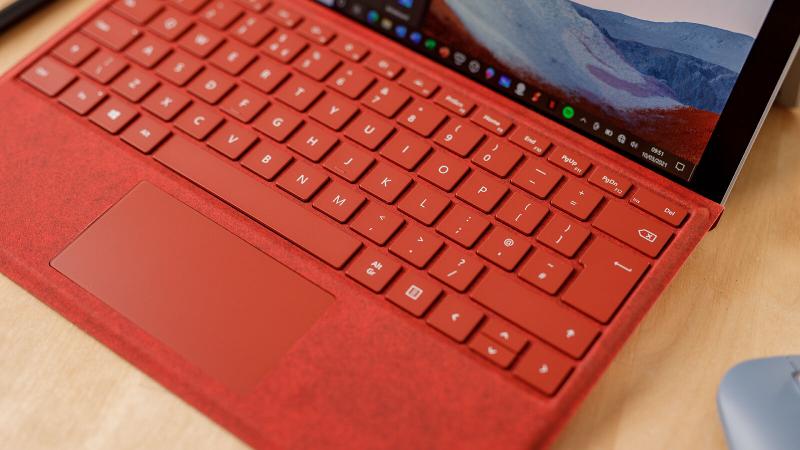 That’s where the Surface Mouse comes in. It connects seamlessly via Bluetooth and delivers a convincing experience, while 12-month battery life means you won’t have to think about charging. Compatibility with the Surface Pen allows for handwritten notes and digital art, but only a small percentage of people buying the Pro 7+ also need to invest in the stylus. 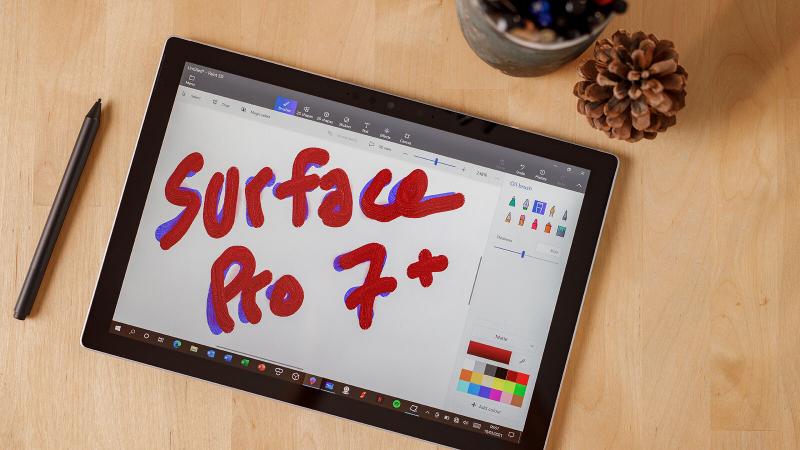 The internals are where the Surface Pro 7+ has had its biggest upgrade. The model tested here has an 11th-gen Intel Core i5 processor, alongside Iris Xe integrated graphics and 16GB RAM. That puts it in the middle of the range, which tops out at a Core i7 and 32GB of RAM.

That’s probably overkill for most people, though, especially in business and education environments. And that was borne out in testing, where even the i5 offered excellent everyday performance, breezing through web browsing, email and word processing with ease. It’s equally adept when it comes to multitasking, although the 12.3in display does limit its usefulness being a little small for multiple apps.

The impressive performance is reflected in the below benchmarks, where it compares favourably with many of the latest and greatest 2-in-1s.

Naturally, Microsoft doesn’t advertise the Pro 7+ as a device for gaming, although it’ll be able to cope fine with casual titles. For anything more demanding, I’d recommend getting a dedicated gaming laptop.

Communications are well served by Wi-Fi 6 and Bluetooth 5.0 joined by 4G LTE on more expensive models. The latter will connect automatically for most people once a compatible SIM card is inserted, although I was unable to get 4G to work when I tried.

Battery life was one of the weak points highlighted in our Surface Pro 7 review, but it’s much improved on the Pro 7+. Microsoft hasn’t quoted a specific capacity, but says the device can last up to 15 hours on a single charge. That’s up from the claimed 10.5 hours on the standard Pro 7, and it makes a big difference. 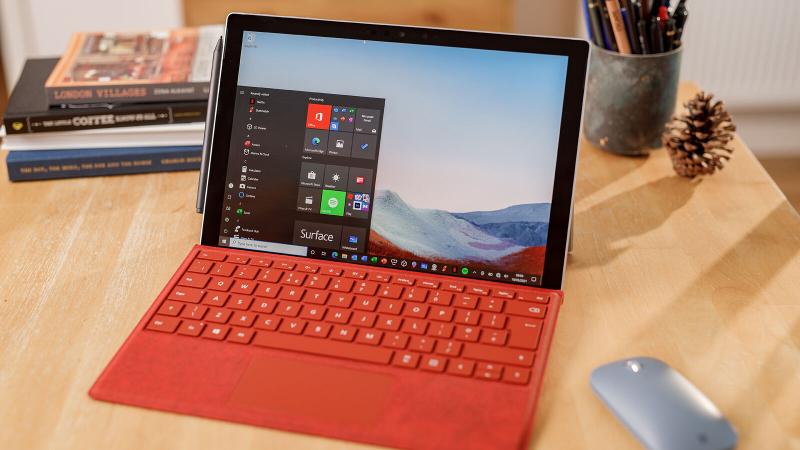 I recorded just over 13 hours when playing a 720p video on loop, an above-average result compared to most laptops. That’s with the brightness set to relatively dim 120 nits, and so not necessarily reflective of real-world usage, but it’s now a device that can comfortably make it through a full 8-hour working day without the safety net of a mains socket.

It’s a similarly impressive story when it comes to charging, although don’t expect smartphone-level speeds. The Pro 7+ reached 37% in 30 minutes from empty, giving you at least a couple of hours’ of use if you forgot to charge it overnight and plugged it in quickly while you eat breakfast.

However, Microsoft’s persistence with the proprietary Surface Connect cable can make it slightly awkward to use with a keyboard while charging. The port is located on the bottom-right of the device in this mode, a highly unusual position by traditional laptop standards. If (like me) your power source is to the left of where you’re sitting, this means the cable can easily get in your way.

I can’t recommend anyone opts for the latter, as it doesn’t represent good value, but it’s there if you really do need those specs. Even entry-level models cost significantly more than the regular Pro 7 (from £799/US$749), while for the price of the model on test here you could buy the more business-focused Surface Book 3 (£1,599/US$1,599.99) – a proper laptop.

The Pro 7+’s upgrades are valuable, but not valuable enough to justify spending four figures on a Windows tablet. Remember – the Type Cover is still sold separately, and starts at £124.99/ US$129.99. The total price of a Surface Pro is always more than you initially think.

The Surface Pro 7+ is a difficult product to judge – not least because it’s not aimed at consumers. That doesn’t mean you can’t get your hands on one, though, and there are some useful upgrades over 2019’s Pro 7.

Among the most notable is the addition of a removable SSD, offering a simple method for upgrading on-device storage. Microsoft doesn’t explicitly say whether it has a bigger battery, but significant battery life improvements suggest that’s the case. The move to Intel’s 11th-gen processors will have undoubtedly helped, with the new chips delivering improvements to power efficiency. More expensive models also benefit from 4G connectivity.

However, many of the design features from the Pro 7 remain the same. It’s still got the same 12.3in display with chunky bezels, minimalist aesthetic and relatively limited port selection. You’ll also still need to buy the Type Cover separately.

It’s the best Surface Pro for most people right now, but consumers may want to wait for more significant design changes on the Surface Pro 8.