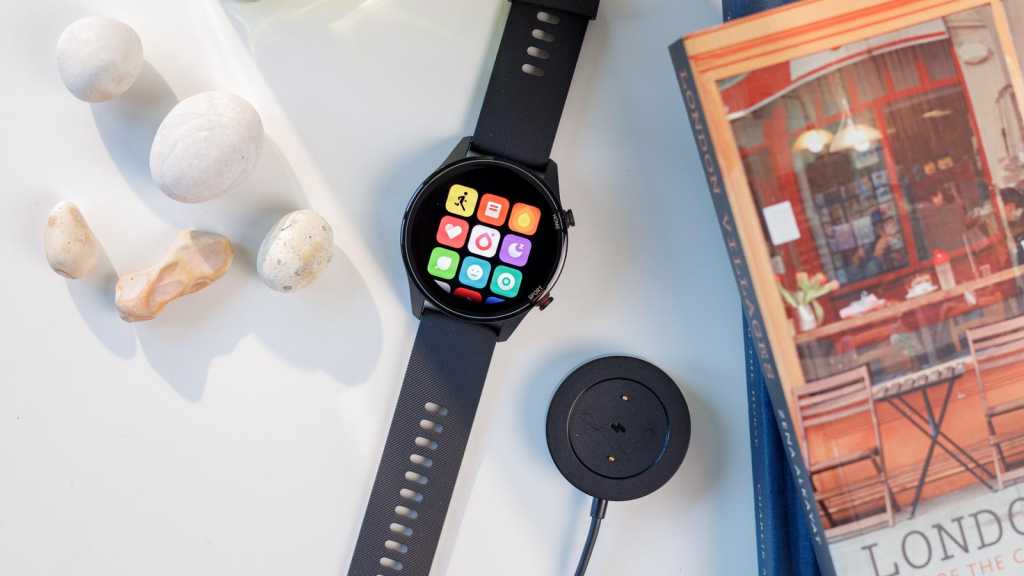 While there are some limitations to the Mi Watch software, particularly with third-party apps and notification support, the extensive fitness tracking, premium design and 16-day battery life make up for it.

The Xiaomi Mi Watch was initially revealed back at Xiaomi’s September 2020 event, but despite the UK being on the list of countries where it’d release, it’s only now, in mid-2021, that we’re seeing it appear. That’s a big gap between announcement and release, and the budget smartwatch market is evolving at a rapid pace, so has Xiaomi offered enough to stay competitive with 2021 releases?

While there are limitations within Xiaomi’s operating system when compared to premium alternatives, there’s a lot to appreciate about the Xiaomi Mi Watch hardware, fitness tracking capabilities and battery life – especially at just £119.

While sub-£100 smartwatches, just a few years ago, were best described as cheap and basic, the same can’t be said in 2021, and especially when it comes to the Xiaomi Mi Watch. Xiaomi has done a great job creating a smartwatch that looks and feels good on the wrist, sporting the classic circular watch design beloved by many.

The Xiaomi Mi Watch sports a 45mm plastic case, which is slightly smaller than 46mm alternatives like the Samsung Galaxy Watch 3, and it comes in one of three colours: black, beige or navy blue. Though not a metal case like more premium wearables, the matte finish and sturdy construction of the plastic casing give it a solid feel in the hand.

The case is admittedly a little thicker than some alternatives, measuring in at 11.8mm thick, but at 32g, it doesn’t feel bulky or weighty on the wrist. 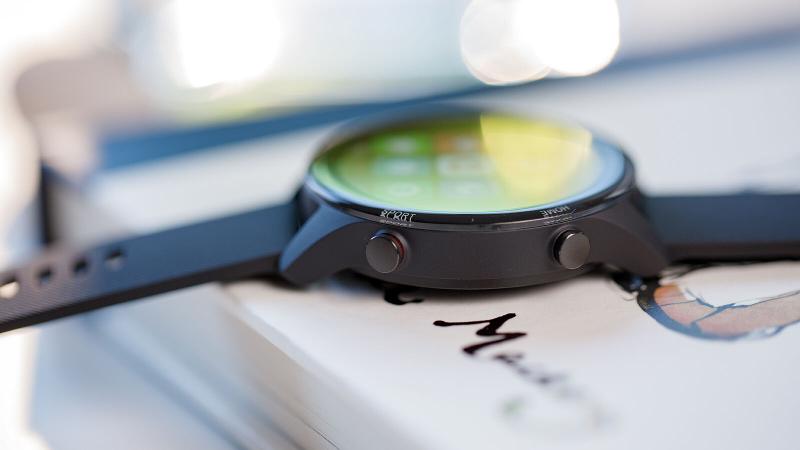 The case is flanked by a 22mm textured TPU band that’s comfortable to wear over the course of days, and it’s sweat-resistant too, making it handy for exercise. If you do want to switch it for something a little more premium, you’re free to – it’ll fit most, if not all, standard 22mm straps.

The Xiaomi Mi Watch sports a gorgeous 1.39in AMOLED display with a decent 454 x 454 resolution, although that premium tech is somewhat undercut by the thick black bezel that surrounds it. It is less noticeable when using a black watchface, but if you opt for something a little more vivid, it’s noticeable. Overall though, the display is vibrant, viewing angles are great and it’s bright enough for use outdoors too.

You’ve also got the option of an always-on display, and you can crank the display to the max manually if the automatic brightness adjustment isn’t to your taste, albeit to the detriment of battery life.

To the right of the display you’ll find two physical buttons with very satisfying click feedback, with the top button directing you to the app menu and the bottom taking you to a dedicated workout app. There’s no need to remember that though, considering both buttons are labelled. 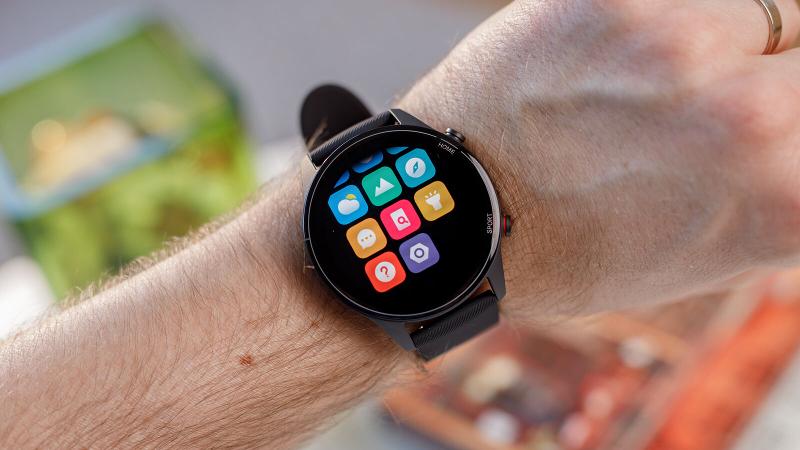 To round it off, the Xiaomi Mi Watch offers 5ATM water resistance, allowing you to wear the watch in the pool or in the sea without issue.

The Xiaomi Mi Watch comes running Xiaomi’s own operating system, which can be both good and bad depending on how you intend on using the smartwatch.

Though it’s Xiaomi’s own OS, there are clear cues from Google’s Wear OS here, making it easier to get used to. From the main watchface, you can swipe left or right to access widgets that display information like the current weather, fitness information and heart rate data, and a swipe will bring up your notifications – although you do have to swipe down, rather than up, as is the case with Google’s OS. 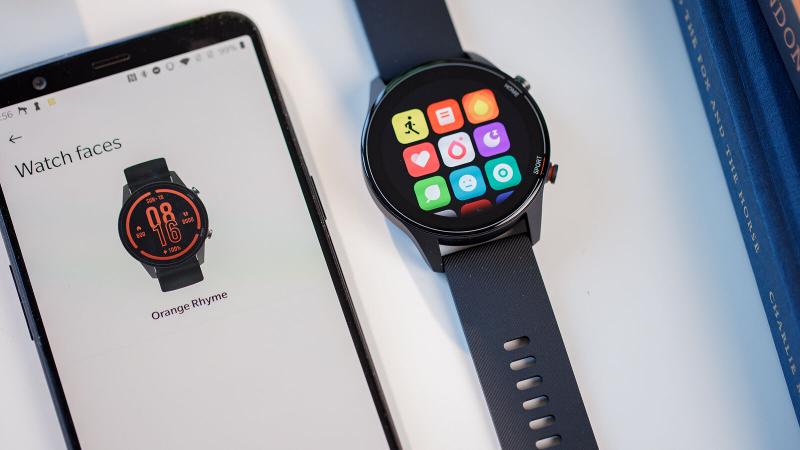 Yep, that’s right, the Xiaomi Mi Watch features Amazon Alexa support, allowing quick access to the virtual assistant from your wrist – especially helpful if you’ve got an Alexa-controlled smart home as I do. It meant I could control lights and ask general queries without the use of my smartphone, and although the lack of a speaker meant results were displayed as text rather than read to me, the results to my queries were fairly accurate most of the time.

There are four watch faces that come pre-installed on the Xiaomi Watch, mainly focused on displaying fitness metrics, but there are hundreds of alternatives available to download via the companion app for iOS and Android, with styles ranging from colourful faces to retro grey-and-black faces, and unlike alternatives, these are all free to download. 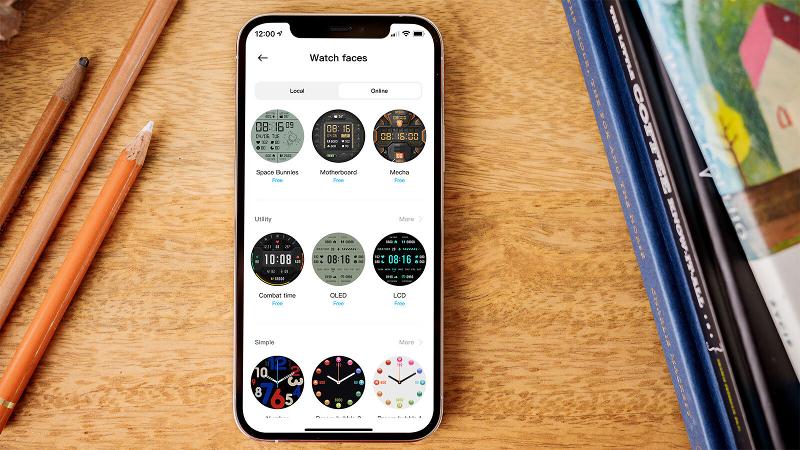 The biggest problem with Xiaomi’s software is that it doesn’t support third-party apps, so don’t expect to be able to use apps like Google Maps for navigation or Spotify for streaming music. It’s not the only manufacturer to do it, especially at the budget level, but it’s worth noting – Google Wear OS, it certainly isn’t.

That said, there is a range of pre-installed apps, the problem is that the apps are all icon-based when browsing, making it hard to work out what each app is and what it does. It seems Xiaomi is aware of this problem, outlining each app in the Xiaomi Wear Lite app for iOS and Android, but I can’t help but feel it could’ve been fixed by using a combination of text and icons like most other smartwatches.

There is notification support, but due to the limitations of Xiaomi’s software, support is basic. You’ll get notifications from the likes of WhatsApp, Instagram and Messages, each with their respective app icon displayed so you know where the notification has come from, but with unsupported apps (aka most apps you’ll have) it’ll simply say ‘app’ above the notification. If you get as many notifications on a daily basis as I do, that’s certainly not helpful.

So, while there’s a lot to like about Xiaomi’s smartwatch OS, it’s not quite as feature-packed as some alternatives. 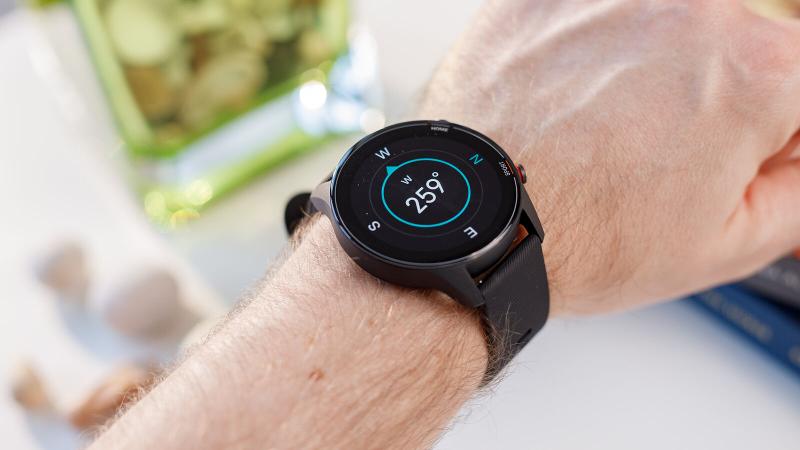 The combination of sensors available on the Xiaomi Mi Watch, including a heart rate monitor, Sp02 monitor (for blood oxygen readings) and built-in GPS, help provide a holistic look at your overall health and fitness. The watch collects data on your standing hours, steps taken, stress levels and much more, and it uses available data to predict your current energy levels too, although I’ve not found the latter to be that useful – I know when I’m tired and when I’m not. 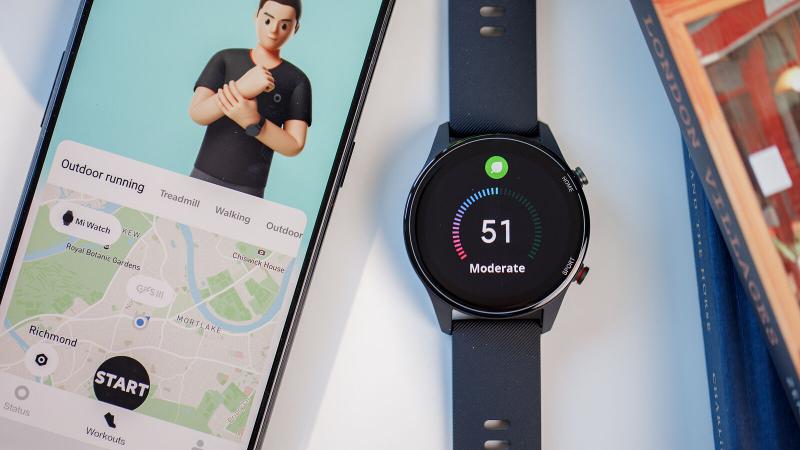 There’s detailed sleep tracking on offer too, automatically tracking your time in bed as well as different stages of sleep, but the sleep suggestions are sometimes less than helpful. Simply telling me to “sleep more” isn’t going to make me sleep more, Xiaomi!

Alongside general health and fitness tracking, the Xiaomi Mi Watch offers surprisingly in-depth exercise tracking. There are 117 types of exercise on offer, with 17 core modes (including the most popular exercises like running, swimming and cycling) that offer richer metrics.

You can manually start your exercise using the watch, but there’s also automatic exercise recognition on offer, ideal for those times where you forget to start tracking at the beginning of a run as I did on one occasion during testing. Using built-in GPS, the Mi Watch can track your exercise without the need to be connected to a smartphone, and I found the results to be generally on the money. 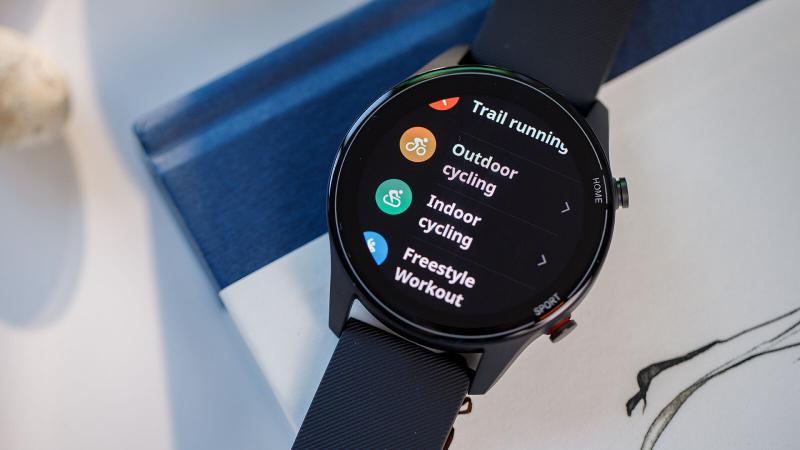 When recording one of the core exercises, like running, you’ll get access to exercise-specific metrics like your split and pace alongside general distance and heartrate measurements on your wrist, and once you’re done, you can delve into the Xiaomi Mi Wear Lite app on your smartphone to get a better look at how you performed. It’ll even offer basic training effect and recovery time suggestions, features usually exclusive to wearables from the likes of Huawei and Garmin.

As well as delving into your exercises, the companion app is where you’ll also get an overview of all the metrics measured by the watch, giving you a look at your heart rate, stress levels, energy levels and more at a glance.

It really does provide a comprehensive look at your health and fitness, which makes the fact that you can’t share the data with any other app all the more frustrating. Those hoping to export cycling data to an app like Strava, or those looking to feed data into Apple’s Health app, should look elsewhere. 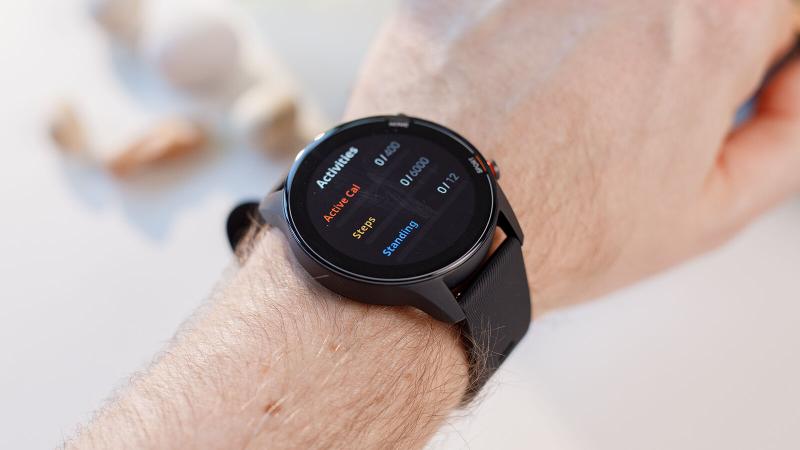 One area where the Xiaomi Mi Watch really shines is in the battery life department, with Xiaomi’s 16-day battery life claim not far off the mark. I never got to 16 days, but I got just over two weeks of use out of the watch before it needed a top-up – a process that takes a little over two hours – and that’s with what I’d describe as average use, with notifications popping up, the occasional exercise tracked and general use of the various all-day tracking features on offer.

It’s a freeing experience being able to go weeks without having to worry about charging the smartwatch, and it makes sleep tracking much easier too, negating the need to charge the watch before bedtime. It’s certainly something I’ll struggle to readjust to once I go back to the 18-hour Apple Watch Series 4 I use as my daily watch.

The long battery life also allows you to use the always-on display without concern – it’ll still drain quicker, but you’ll get a good few days of use out of it before it’ll need a charge. You could even squeeze more life out of the watch if you aren’t interested in the all-day fitness tracking on offer. 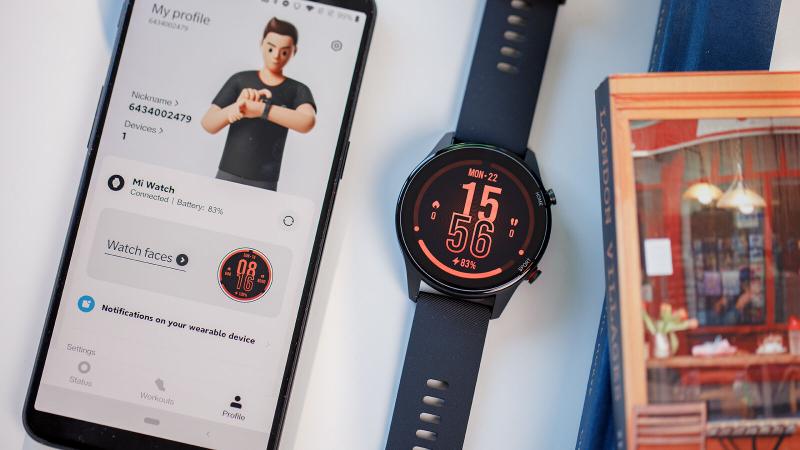 Despite the overall premium look of the Xiaomi Mi Watch, it’s one of the cheaper smartwatches on the market at just £119 in the UK, and it’s even cheaper at £99 at the time of writing as part of Xiaomi’s Early Bird special. You can buy the watch from the Xiaomi Store, and although it isn’t available at third-party retailers just yet, we expect that’ll change in the coming months. Those in the US are out of luck though – there are no plans to launch the wearable in the States right now.

At £119, the Xiaomi Mi Watch comes up against Huawei’s Watch Fit, offering more tracked workouts than Huawei’s option, a larger display and longer battery life too, although it’s in line with the Amazfit GTR 2e in both price and functionality.

For a better look at the smartwatch market, take a look at our pick of the best smartwatches.

Though it doesn’t run Google’s Wear OS and thus misses out on third-party app support and better notification support, the Xiaomi Mi Watch still manages to deliver a great smartwatch experience. The build quality is exceptional, from the curved glass atop the display to the satisfying click of the side-mounted buttons, and the 1.39in AMOLED panel pops too.

There’s basic fitness and health tracking alongside the ability to record 117 different exercises, and the companion app does a great job at presenting this information in a user-friendly way, although the inability to export the data for use in other apps – like Apple Health – may put some off.

But it’s the battery life that’ll likely impress most, managing around two weeks with average use and the potential to last much longer with features like all-day heartrate monitoring disabled.